Over the years, the U.S. “terrorism list” has become less an objective assessment of groups that use violence against civilians than an ideological battlefield littered with blatant hypocrisies and outdated hatreds. The list has even complicated strategies for reducing political violence, writes ex-CIA analyst Paul R. Pillar.

The common American tendency to view the outside world in starkly divided Manichean terms between friends, allies and good guys on one side and adversaries and evil-doers on the other side arises in many circumstances but seems especially marked in discussions of terrorism.

The tendency is most visible in how the lists that have become mainstays of counterterrorist policy are widely perceived. The U.S. list of foreign terrorist organizations had an almost mundane purpose when it was established by the Antiterrorism and Effective Death Penalty Act of 1996. 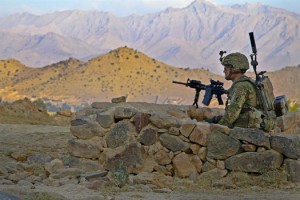 One of the principal features of that legislation was to criminalize the provision of material support to any foreign terrorist organization. This made necessary clear definitions not only of material support but also of foreign terrorist organizations. Hence the creation of the list, entries on which are determined by the secretary of state with the participation of other executive departments and according to criteria specified in the statute.

Notwithstanding this purpose, support to the enforcement of a criminal law, the list of foreign terrorist organizations gets regarded as if it were a more general act of condemnation that embodies what overall U.S. policy toward a given group is or ought to be. It is taken as a declaration of who is in the bad guys’ camp and who is not.

Listing or delisting of a particular group gets promoted by those with an agenda that has nothing to do with enforcement of a criminal statute. This has been seen most obviously with the well-financed campaign to delist the Iranian cult-cum-terrorist group the Mujahedin-e Khalq. Or pushing for a particular group’s listing is a way of making a statement, as has most recently been the case with the question of  whether to list the Haqqani group of Afghanistan and Pakistan.

This way of looking at the list has several disadvantages. It constitutes pressure to politicize what is supposed to be an administrative and legal decision. It increases the potential negative consequences of listing a group because non-Americans follow the American lead in looking at listing as a general act of condemnation.

Listing of the Haqqani group, however much it may be legally warranted under the terms of the relevant statute, might complicate not only U.S. relations with Pakistan but also any future efforts to negotiate an Afghan peace with the Taliban.

Sharply dividing groups into ones that get the terrorist label and thus are to be condemned and those that are not so labeled and condemned does not correspond to the messy reality of what groups do and don’t do.

Lebanese Hezbollah is perhaps the foremost example of a group that is known (and listed) in the United States as a terrorist group but is also much more than that. Instead of exploring different options in intelligently dealing with this multifaceted group, more attention gets devoted in a simplistic way to U.S.-European differences on whether Hezbollah “is” a terrorist group, i.e., is officially listed and branded as such.

A related problem is how putting a group on the bad side of the good guys/bad guys divide reduces one’s policy flexibility because this one act of branding tends to preclude any engagement with the group, no matter how much such engagement would make sense. Probably the premier example is Hamas. The International Crisis Group recently observed that the ostracism of Hamas may entail yet another costly missed opportunity in the Middle East.

The rigid perceptual division of friends and enemies and the tendency to associate bad behavior such as terrorism only with the enemies does not correspond to actual behavioral patterns. It means, for example, overlooking in the Middle East Jewish terrorism until it occurs frequently enough to make it impossible to overlook entirely.

We would be better advised to remember that terrorism is a tactic, not a fixed set of protagonists who are the only ones ever to use it. We should also remember that good and evil are pretty widely distributed in the world and not just confined to different parts of it.