America’s late-stage capitalism, built upon the imagined glories of global empire and the deep deceptions of personalized propaganda, has created a nation that has lost touch with genuine human empathy, a place where mass shootings are weekly events and politics is shouting, observes Phil Rockstroh.

A couple of decades ago, upon returning to Atlanta, Georgia, after spending a year abroad, I would frequent an independent bookshop that contained a small coffee shop/cafe, where I would sip tea, read books and periodicals, and engage in the nearly extinct art of long form face-to-face verbal discourse with other habituates of the cafe. To this day, I have long standing friendships with a number of people I came to know during those years.

Yet even then, I noticed how the atomization inherent to the internalization of the corporate state (the manner that the domination of commercial and work space had all but eliminated the public commons) had diminished so many people’s ability to converse on all but the most superficial level. 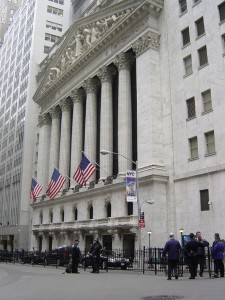 Any invocation to deepen conversation or an assertion that arrived outside of the realm of status quo consensus caused all too many to simply go haywire. People checked out, went blank, testiness ensued. Comfort zones were mobilized for a siege. The space between people became a no man’s land, stippled with a minefield of sensitivities.

In short, approaching life and one’s fellows from a mode of mind evincing aspects of the human condition that existed outside the realm of workplace expediency and consumer desire had been diminished to the point of being rendered all but absent. People seemed adrift — bereft of the ability to cohabit public space. The will towards communal engagement had atrophied.

Essential qualities — traits that are uniquely human — had been lost. A wasteland of fragmented discourse and inarticulate rage howled between us.

And the situation has only degraded since that time. Unless communal space can be reclaimed and our innate humanity re-established, to paraphrase Kafka: There is infinite hope but not for us.

After decades of economic decline, the loss of public commons, the emotional blowback of the militarist brutality required to sustain empire and the effects of social atomization and mass media-borne insularity — the act of engaging in fruitful, democratic discourse, with all too many of the people of the U.S., without evoking angst, anger and a host of demented fantasies, has become increasingly unlikely.

“Awake we share the world; sleeping each turns to his private world.” — Heraclitus

Exploitative social arrangements, throughout history, carry this circumstance in common: A citizenry too beaten down, harried, and/or prideful to recognize they have been swindled by a corrupt elite.

Due to an indifference to outright hostility towards gaining awareness as to what forces create their degraded situation, the swindle will penetrate the populace to the bone; will become part of its (social and individual) DNA. To apprehend the reality of the situation would, seemingly, tear those afflicted asunder on a molecular level.

Once you have allowed the swindle to permeate your being — taking back your life must become the driving force of your existence. If you don’t recapture the landscape of your own soul, then your life will be comprised of a dance with dust and ash.

Do not underestimate the power of the seeds of awakening that sleep within you. Yet, do not be naive in regard to the knowledge that, all to often, all too many will choose not to cultivate their potential for humanity, and thus will yield a bitter harvest of pettiness, spite, cupidity and cruelty.

At times, even in seemingly mundane moments, the air is plangent with a silent scream of terror. Yet, we go on, as if we hear nothing. We continue to make small talk. Wander to the refrigerator when not particularly hungry. Fumble for the TV remote. In reality, those are the times that try men’s souls. And we are found wanting.

More often than not, the face of oppression is fronted by a facile smile and rewards you for your complicity by proffering piffling bribes.

The comfort zones of the checked-out, distracted, self-involved citizens of empire are perched upon a mountain of corpses. When the agendas of a culture are circumscribed to merely selfish agendas and empty appetites — compulsive materialism, militarist aggression, bigotry cloaked as religious conviction — the world seems to wend towards wasteland.

In such times, where can sanctuary be sought? Both within and by risking casting oneself towards the beating heart of the soul of life. Human beings contain deep reservoirs of empathy, a capacity for apprehending the sacred, and the ability to love. Deep wells of redemption pool beneath the wasteland. The human heart is a divining rod that helps one locate the source of the healing waters of life.

Recently, I was asked online: Where was God when seven human beings of the Sikhi faith were gunned down, on Aug. 5, in their place of worship in Oak Creek, Wisconsin? A more pertinent question might be — as long as one possesses a desire to make inquiries into the whereabouts of invisibles — where is the nation’s collective humanity?

Will we continue to banish it by escape into distraction, denial and fantasy i.e., refusing to look deeply into ourselves and the social conditions and attendant mindsets that engender a perpetual reign of violence.

There was a god (metaphysically) present at the scene of this latest shooting rampage. The God all too many Americans revere and look to for guidance: The God of Death.

Are the people of the U.S. at this stage of the entropic decline of late empire, even capable of the type of collective introspection necessary to come to an understanding that something is fundamentally wrong with our concept of culture?

The problem of evil is far from cut and dry: both good and evil are interwoven into the souls of every person on the planet. Any attempt to wholly decimate evil would destroy what is good within us as well.

The best we can do is is to do our utmost to discern the evil dwelling within us on an individual basis, and moment by moment, attempt to channel our actions — by harnessing the cold, powerful, impersonal energies of evil — towards things that are warm, personal and life-enhancing. Such acts serve as an anti-evil repellant.

Conversely, viewing life as a struggle of good versus evil is intoxicating, and, like most intoxicants, can prove addictive. Yet the essence of a human being cannot be pigeonholed, cannot be limned by labeling; within each of us, dwell multiple and manifold legacies, familial and cultural, that have imprinted our character and serve as the progenitors of our actions.

Yet the notion of pure good and pure evil grip our imaginations; the image of yellow eyed, ungulate, and glowering Satan or beatified and risen Mary, Mother of God appeal to us because their existence promises to liberate us from the mundane, to deliver us from the mire of ambiguity, from our daily servitude to implacable necessity.

An open heart is a vulnerable heart. Therefore, some prefer to fortify themselves with a bristling bulwark of self-protective, nuance-evading prejudgments. A flight of hatred can serve to mitigate the uncertainty inherent to a commitment to love. An individual can limn their life with enmity’s broad, thrashing brushstrokes — a Jackson Pollock drip/splatter of animus.

Propelling one past angst-inducing nuance and complexity, hate, masked as purity, can carry us. After a time, its monolithic shadow becomes inseparable from one’s own. When one stabs at the perceived darkness of an enemy, one wounds oneself.

Confused, enveloped by one’s own darkness, a person can come to believe the blow was delivered by a foe. Thus, all too often, one will hate what is different, seeing that difference as being a threat. In this way, irrational, self awareness-devoid hatred threatens all near it.

The machinations of Power have entered a new phase: a full-spectrum counterfeiting of the images of the soul that rise like a fever dream from the abysmal, group-mind of late-stage capitalism.

In this age, there is no need for thronging mobs, foisting banners and carrying blazing torches through the central squares of contemporary cities, as occurred in 1930s Germany and Italy, because every sofa has become a 24/7 Nuremberg Rally; every mass media device enables an instant immersion in the mob.

FÃ¼hrers and Generalissimos have been rendered obsolete, because we have little, virtual versions of the strutting breed on Reality Television; no need for serried ranks of jut-jawed brownshirts, when we have become storm troopers, ourselves, marching in a mindless parade of endless distraction. All as the sky burns and oceans seethe acidity.

The fact that so many U.S. citizens continue to believe that they inhabit a democratic nation, devoted to the concept of freedom of speech, of the press, and of free assembly reveals something very troubling: that the internalization of the tacit tenets of the corporatist state (a mutant strain of classic fascism) is now embedded so deeply in the collective psyche of the U.S. populace, and has rendered all too many with only a cursory, at best, understanding of what civil liberties involve.

Withal, it is not possible to grieve (or become outraged at) the loss of something one has no concept of ever having existed in the first place. How is it possible for one who has spent his entire lifetime in a windowless prison to know the grief experienced by fellow inmates who have known the beauty beheld when viewing the prismatic light of a dawning day?

Those who have encased themselves in a self-referential bubble of rationalization, by reflex, dismiss the assertion that complicity in an odious system (such as a blood-sustained, militarist empire) amounts to silent affirmation of the harm the system (although nebulous in nature) reaps. By doing so, they unwittingly exact punishment upon themselves.

Such unfortunate souls continue to exist. Yet to exist in such a manner, one must circumvent one’s senses and blinker the life of the mind, thereby becoming like a caged wild animal that, as the years have passed, has forgotten what its true nature is, because its essential self has atrophied into mere mind-numbing subsistence.

What kind of a life is this, you may well ask? But you already know the answer: It is no life.

There exists one requisite trait needed to face evil: The knowledge of one’s own capacity for embodying the trait. Inseparable, treachery and redemption arrive together. The human heart, capable of both cruelty and kindness, provides the arena where one’s better nature might gain the upper hand against one’s destructive inclinations.

And this is precisely why I eschew being a “pragmatic” predator drone-apologist liberal or a purity-swooning conservative: A compulsion towards partisanship serves to censor the disorderly dialog of the heart, and thus compels one to remain locked within an ego-fortified structure of imprisoning platitudes and self-serving rationalizations.

← The Impulse to Intervene
A New Egyptian Government Rises →