In 2012, the political descendants of America’s Know-Nothings demonstrated that they had seized control of the Republican Party, which for much of the past six decades has held the White House and looks to reclaim that immense power again, as Lawrence Davidson explains.

There is a universal phenomenon that I call natural localism. The majority of people, wherever they might live, are affected by this condition. It results in limited knowledge knowledge about what is local but ignorance (often breeding fear) about what is not local. Unless countered by positive education and tolerance, natural localism can result in aggressive behavior toward the unfamiliar.

In the year 1849, natural localism was institutionalized in a small nativist party in the United States called The American Party. It was basically an anti-immigrant affair with these white male Americans (overwhelmingly Protestant) ignorant and fearful of outsiders, such as Catholic immigrants of all nationalities, undermining the true character of the U.S. The party was influential for a short time, particularly in the Northeastern states, electing candidates to local office throughout the region. 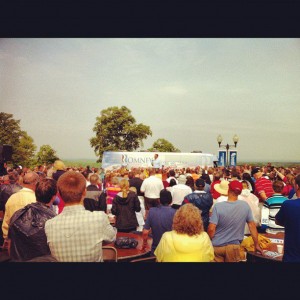 Appropriately enough, adherents to the American Party came to be called “Know-Nothings.” There were two reasons for this: On one hand, party members tended to be secretive about their political affiliations, giving their party a strong conspiratorial flavor.

When asked about the activities of the American Party they would reply, “I know nothing.” On the other hand, they really did know almost nothing of the groups that exercised their passions. They thought all Catholics were under the complete command of the Pope, like religious zombies.

Ignorance was the hallmark of the “Know-Nothings” and, while they never did capture national power, they never went away. Today you can find their successors throughout the land, fixated on a wide range of issues:

, There are Americans who really know nothing about Muslims but are sure they are a mortal threat to the country. Muslims have replaced Catholics as the chief target of the modern Know-Nothings.

, There are other modern Know-Nothings who know nothing about Mexicans and other people from south of the U.S. borders but are sure that anyone who speaks Spanish or has a Spanish accent must be a threat.

,- There are some who know nothing about Iran, cannot even locate it on a map, but are sure it is a threat and should be attacked.

Actually the list of enemies and targets is nearly endless. And, given that Americans know so little about so much of what they have strong opinions about, it is inevitable that know-nothingness should contaminate the politics of the nation, except that today the Republican Party one of America’s two major parties plays the role of the modern Know-Nothing party.

Strong evidence for this conclusion comes from the circus that was the Republican presidential nominating campaign. Since almost all of the contenders for the nomination were self-congratulatory Know-Nothings, it is no surprise that the man who won that contest, Willard Mitt Romney, is one as well.

Romney affirmed himself as the standard bearer of America’s modern Know-Nothing party during his recent trip to England, Israel and Poland. Here is how it went:

, He came close to being declared persona non grata in England by gratuitously questioning the adequacy of British security for the Olympic Games after all security issues had been addressed. The British papers pilloried Romney for his comments.

, In Israel, he made a speech before an audience of wealthy potential donors to his campaign (many of them flown in from the United States for the occasion). He told them that the difference between Israel’s economic achievement and that of the Palestinians was a function of a) superior Jewish culture and b) God’s will. Not one word about the Israeli occupation of Palestine.

This statement was so outrageous, so historically off the mark, that one might wonder if it was just a publicity stunt to win favor with a moneyed crowd. But that is doubtful since  Romney had long ago aligned his views with his friend, Israel’s right-wing Prime Minister Benjamin Netanyahu. Netanyahu comes from a long line of fanatical Israelis who see the Palestinians as inherently inferior.

And, there is the fact that Romney has publicly stated that his thinking about Israel and the Jews was shaped by a book written by Dan Senor (now a foreign policy adviser to the Romney campaign) titled Start-Up Nation The Story of Israel’s Economic Miracle.  This book suggests that Israel succeeded economically because of genetics: Jews are born smart and entrepreneurial.

Of course, this is just rubbish. Israel is a “donor state.” That is, from the beginning of its modern history and to a great extent today, it continues to thrive because of a huge annual influx of foreign aid. Billions of dollars pour into Israel every year from the U.S. government, donations from elements of world Jewry and also from Christian Zionists.

Given the level of these handouts, any relatively stable nation with a highly educated citizenry could do what the Israelis are economically doing. No Jewish genes required. Yet, just as the reality of occupation is absent from Romney’s frame of reference, so is the largess that has sustained Israel’s economic “miracle” for over 60 years.

, If you would like to publicly challenge Romney or his campaign staff on any of this, the reply you can expect was set down during his brief stay in Poland. As reporters sought to ask questions, Mr. Romney’s press assistant Rick Gorka replied, “kiss my ass.” Mr. Gorka is a Know-Nothing too. His crude response has not been disavowed by the candidate.

Willard Mitt Romney knows about what has been local in his life. He knows how to be a particularly negative businessman, the kind who takes corporations apart and exports their jobs. He also appears to know how to make a lot of money and not pay taxes on it. As a politician he can glad-hand you in order to get a donation and play the chameleon so you are not sure what many of his positions are.

He probably knows the other local things that most of us also know: how to balance a checkbook, drive a car and stay clean, etc. Beyond this, however, it is a safe bet that he is a Know-Nothing. Worse yet, he is prone to fill his void of ignorance with magical thinking. For instance, that declaration that Israeli success is not only based on cultural superiority, but is also a function of the “hand of Providence.”

Now this Know-Nothing candidate wants to be President. And he may well succeed depending on just how many other Americans know nothing in ways that make them comfortable with Mr. Romney’s ignorance.

For instance, we know that Christian Zionists (who outnumber the American Jewish kind) are the same sort of Know-Nothings and magical thinkers as Romney. They will almost surely vote for him.

The infamous 1 percenters, many of whom agree with Mr. Romney’s assertion that corporations “are people too” and have the same rights as individuals (more magical thinking), will vote for him. The “American Firsters,” many of whom think Barack Obama is a closet Muslim and no U.S. citizen at all, will vote for Romney, too.

But that coalition is not enough to win unless the Election Day turnout is exceedingly low. So, how many other Americans, who otherwise might pass for relatively rational individuals of voting age, will successfully be lured into Mr. Romney’s Know-Nothing party? After all, most Americans really know very little about the world beyond their local realm.

As the saying goes, “Ignorance is as ignorance does” particularly on Election Day.

10 comments for “The Know-Nothings Ride Again”