With U.S. politics locked in a competitive “tough-guy-ism” as Republicans and Democrats up the ante on punishing Iran to avoid being deemed “weak” or insufficiently “pro-Israel” no one seems to notice that the tactics are fast becoming an end in themselves, observes ex-CIA analyst Paul R. Pillar.

Here we go with another round of Americans on different parts of the political spectrum trying to outdo each other in pushing for more pressure and punishment on Iran. As usual, all this pushing is almost totally devoid of any attention to exactly how the pressure and punishment are supposed to accomplish anything useful or to why they haven’t accomplished more than they have so far.

In coverage of the most recent legislative intensification of the pressure, on which the White House cooperated with Republicans and Democrats in Congress, one searches in vain for any sign of understanding of the basic principle that sanctions can only be one-half of any attempt to influence another government and that as long as Western negotiators fail to couple Iranian concessions with any significant relief from sanctions, the Iranians lack incentive to make concessions no matter how much pressure they feel. 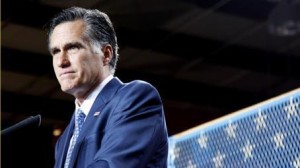 As a Republican candidate for president, Mitt Romney has pushed for a harder and harder line on Iran. (Photo credit: mittromney.com)

And don’t even bother searching for signs of attention to why the contingency that supposedly is driving all this, a still nonexistent Iranian nuclear weapon, should be such an obsession, beyond repeated chants of the mantra that, to use the words of one presidential candidate, it would be “the greatest threat to the world.”

Pressure on Iran has long ago passed the point of becoming a seemingly mindless, endless exercise in pressure for pressure’s sake. In the absence of any attention to the role of Western negotiating rigidity or flexibility, we have the spectacle of people calling for more of something that they themselves acknowledge isn’t working.

Mark Dubowitz of the Foundation for Defense of Democracies, for example, notes that the goal of the sanctions is to change the political calculus of Iran’s leadership and then observes, “There’s no evidence to date that the sanctions have achieved that objective.”

A statement the White House released on Tuesday proudly enumerates at length all the ways the administration has inflicted pain on Iran but, apart from noting how a few of the more focused sanctions have directly impeded nuclear activities, says nothing about what any of this is accomplishing, or could hope to accomplish.

There is not a word about the critical role of negotiating positions. It is as if the economic pain is a good in itself, which it isn’t, for Iran, for the United States or for anyone else.

The sanctions story has been pushed so hard for so long that politicians are running out of creative ways to exert more pressure. One of the latest offerings is from Rep. Dana Rohrabacher, R-California, who, evidently stimulated by reports of military cooperation between Israel and Azerbaijan, suggests stoking ethnic Azeri nationalism in northwest Iran as a way of frightening Iranian leaders with the threat of U.S. aid for “the legitimate aspirations of the Azeri people for independence.”

The dumbness of this idea is explained by Farideh Farhi, who asks us to “imagine a member of a parliament from another country sending out a letter to their government asking for support to be given to Hawaiian nationalists or for the return of California to Mexico.”

Another consideration is that most Azeri Iranians are far too integrated into the social and political fabric of Iran to think in separatist terms. The supreme leader, Ayatollah Ali Khamenei, is half Azeri, and opposition leader and former prime minister Mir-Hossein Mousavi is wholly so.

Perhaps an even better analogy in the U.S. context would be someone promoting the separation from the union of Massachusetts in order to realize the legitimate aspirations of Irish-Americans for independence.

When future historians try to make sense of the pressure madness, a nonexistent nuclear weapon is not likely to be much of the explanation, because that simply does not make sufficient sense of the phenomenon. The current role of Israel in American politics clearly provides much of the explanation (and for an especially crisp description of that role, see Thomas Friedman’s recent column).

Americans probably also are receptive to the Israeli message because the demonization of Iran helps to fulfill a historically conditioned need for foreign dragons to confront and to slay.

← The Threat from the Right
The Twin Existential Threats →