Exclusive: Americans are faced with a tough choice this fall: to stick with Barack Obama despite his faults, switch to Mitt Romney who is surrounded by neocons and trickle-down economists, or essentially boycott the process by voting for a third party or staying home. Some are angry because Robert Parry criticized Option Three.

My recent article, “The Vanity of Perfectionism,” has stirred up some anger, in part, because of my choice of the word “vanity” to describe some behavior that I have witnessed on the American Left in people who sit out presidential elections or cast ballots for third-party candidates who have no chance of winning.

So, let me explain what I was driving at. The central point of the article was that Americans, especially on the Left, need to get realistic about elections and stop using them as opportunities to express disappointment, anger or even personal morality. Through elections, Americans are the only ones who can select our national leaders, albeit in a limited fashion. 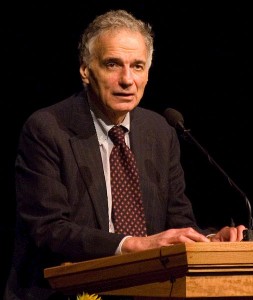 The rest of the world’s people have no say in who’s going to run the most powerful nation on earth. Only we can, at least to the extent permitted in the age of Citizens United. The main thing we can still do is stop the more dangerous major-party candidate from gaining control of the executive powers of the United States, including the commander-in-chief authority and the nuclear codes, not small things.

So, when we treat elections as if they are our moment to express ourselves, rather than to mitigate the damage that a U.S. president might inflict on the world, we are behaving selfishly, in my view. That’s why I used the word “vanity.” U.S. elections should not be primarily about us.

U.S. elections should really be about others those people who are likely to feel the brunt of American power Iraqis and Iranians, Nicaraguans and Venezuelans, Vietnamese and Cambodians, Palestinians and Syrians, etc., etc. Elections also should be about future generations and the environment.

Whether we like it or not, the choice this year looks to be between Barack Obama and Mitt Romney. People were free to run in the primaries to challenge these guys and, indeed, Romney faced a fairly large field of Republicans whom he defeated. Progressives could have challenged Obama but basically chose not to.

I believe it is now the duty of American voters to assess these two candidates and decide which one is likely to inflict less harm on the planet and its people. One of them might even do some good. We can hope.

If you do your research and decide that Romney is that guy, then vote for him. If it’s Obama, vote for him. (Before you make your decision, I would recommend that you read Romney’s book, No Apology, a full-throated neocon manifesto, which he claims that he wrote himself.)

In my view, everything else that Americans do — throwing away their votes on third parties or sitting out the election are acts of vanity. Maybe it’s moralistic vanity or intellectual vanity or some other kind of vanity, but it is vanity. It has no realistic effect other than to make the person feel good.

I’ve known people who say they have always voted for Ralph Nader or some other third-party candidate. Thus, they say, they are not responsible for whatever the United States does to other countries. But that attitude, too, is vanity.

Instead of doing something practical to mitigate the harm that the U.S. does in the world by voting for the person who might be less likely to overuse the U.S. military or who might restrain the emission of greenhouse gases these folks sit on the sidelines basking in their perfection. They won’t make a call.

The hard decision is to support the imperfect candidate who has a real chance to win and who surely will do some rotten things but likely fewer rotten things than the other guy and might even make some improvements.

I know that doesn’t “feel” as satisfying. One has to enter a morally ambiguous world. But that it is the world where many innocent people can be saved from horrible deaths (though not all) and where possibly actions can be taken to ensure that future generations are left a planet that is still habitable or at least with the worst effects of global warming avoided.

Has That Technique Ever Worked?

Though the choice of the word “vanity” may have been the most controversial part of my article, the bulk of it addressed another issue. Has the Left’s recurring practice of rejecting flawed Democratic candidates actually done any good? Was it preferable for Richard Nixon to defeat Hubert Humphrey; Ronald Reagan to beat Jimmy Carter; and George W. Bush to elbow past Al Gore to the White House?

If the Left’s tendency to punish these imperfect Democrats for their transgressions had led to some positive result, then the argument could be made that more than vanity was involved here, that the effect of causing some Democrats to lose was to make later Democrats more progressive and thus more favorable to the Left. Or maybe that the Left is on its way to building a viable third party that can win nationally.

But any examination of those three case studies Elections 1968, 1980 and 2000 would lead to a conclusion that whatever practical goals that some on the Left had in mind were not advanced by the Democratic defeat. The Democrats did not become more progressive, rather they shifted more to the center.

All three Republican presidents Nixon, Reagan and Bush-43 extended or started wars that their Democratic rivals might have ended or avoided. Those elections plus congressional outcomes in 1980, 1994 and 2010 also bolstered the Right and helped consolidate anti-progressive attitudes on domestic and foreign policies.

More than four decades after 1968 and a dozen years after 2000, there is still no left-wing third party that can do more than play the role of spoiler.

Yet, if there has been no positive practical result from these electoral tactics in the past and there is no reasonable expectation for the future then what’s the point of repeating them? There’s the old saying that one definition of madness is to do the same thing over and over expecting a different result.

Nor, by the way, is there a popular movement that can significantly alter government policies strictly through civil disobedience or via protests in the streets with all due respect to Occupy Wall Street. So, what’s up here?

The only explanation that I can come up with for throwing away a vote on a third-party candidate or not voting for “the lesser evil” is that such a choice represents a personal expression of  anger or disappointment. And I don’t mean to disparage anyone’s right to feel those emotions. Given the recent history, it’s hard not to.

But when some lives can be saved, when some wars can be averted and when the planet can possibly be spared from ecological destruction the true moral imperative, in my view, is to engage in the imperfect process of voting for the major-party candidate who seems more likely than the other one to do those things.

To ignore that imperative, I’m sorry to say, is an act of vanity.

77 comments for “More on ‘Vanity of Perfectionism’”