Exclusive: A favorite neocon theme is that the superiority of Western culture explains the world’s wealth disparities, not the accident of natural resources and the aggressive use of military force. Mitt Romney echoed those neocon sentiments in touting Israel and disparaging the Palestinians, reports Robert Parry.

Some pundits are excusing Mitt Romney’s comment about why Palestinians are so much poorer than Israelis as a slip of the tongue caused by a shortage of staff on his overseas trip, but the Republican presidential candidate makes the same point in his book, No Apology, which he claims to have written himself.

While discussing his thoughts about world travel, he wrote, “I wondered how such vast differences could exist between countries that were literally next door to each other. How could Americans be so rich and Mexicans so poor? How could Israelis have created a highly developed, technology-based economy while their Palestinian neighbors had not yet even begun to move to an industrial economy?” 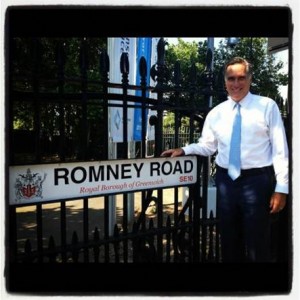 In his book, Romney praised the writings of Harvard professor David Landes, who in Wealth and Poverty of Nations said “culture makes all the difference.”

Then, Romney cited some cultural aspects possessed by countries that prosper contrasted with those that don’t including a strong work ethic, creativity, entrepreneurial spirit, cooperation, commitment to education, faith in God, devotion to family, patriotism, honor, trust in the law, and respect for life.

Overall, Romney makes clear that he views American culture and those of U.S. allies like Israel as superior to those of other nations. That superiority is then reflected in the greater wealth of the citizenry, Romney maintains.

While Romney touts this superiority to praise the United States and Israel as he sought to do in his remarks on Monday to a group of Jewish-American backers in Jerusalem the comments have a disparaging side when applied to those who are judged as being poorer due to a lack of these positive characteristics.

To say that one nation thrives because of its magnificent culture means that another one fails because of its deficient culture. For the Palestinians, that assessment is particularly hard to swallow since much of their poverty relates directly to the harsh conditions from decades of Israeli occupation, including barriers to outside trade.

In his speech in Jerusalem, Romney also misstated how great a discrepancy there was between what the average Israeli makes versus the average Palestinian. He claimed the difference was about 2 to 1, when it is more like 20 to 1.

In citing Landes’s book, Romney asserted that “culture makes all the difference. And as I come here and I look out over this city and consider the accomplishments of the people of this nation, I recognize the power of at least culture and a few other things,” an apparent reference to divine intervention on Israel’s behalf.

Romney’s campaign denied that his remark was intended to slight the Palestinians. However, Palestinian leaders were so outraged that some analysts suggested that the comment could come back to haunt Romney if, as President, he seeks to act as a negotiator between the two sides.

But that seemed to be the least of Romney’s concerns as he has pandered incessantly to the Israelis in a presumed strategy to drive a wedge between Jewish-American voters and President Barack Obama, who has criticized the Israeli government’s policies of expanding Jewish settlements in the Occupied West Bank.

The idea of cultural and even moral superiority as explaining success is a dominant theme in Romney’s book, No Apology, for both countries and individuals. The book, which is subtitled “The Case for American Greatness,” returns again and again to the theme of U.S. cultural superiority.

For instance, Romney is disdainful of “progressives” who offer more culturally neutral judgments about differing nations and ethnic groups. He wrote:

“During the 1960s, the idea set associated with progressivism gained ascendancy in educational circles. Our classical education tradition had held for decades that we should imbue each generation with the wisdom of the ages and the discoveries of modernity.

“Progressives, on the other hand, rejected the notion of universal truths, objective judgments, and, ironically, progress itself, embracing neutrality among competing belief sets and rejecting the primacy of Western civilization, the great thinkers of the ages, and the principles espoused by the Founding Parents of the nation. In their view, all cultures are of equal value.”

Progressive scholars respond to such criticism by noting that their duty is to present history and cultures objectively, not to indoctrinate students with propaganda that ignores the wrongdoing and hypocrisies of any group, including the fact that some of America’s white Founders professed liberty for all while owning slaves.

There is also the inconvenient truth that the U.S. government engaged in genocide against Native Americans, stole large tracts of Western land from Mexico, and insisted on placing U.S. military bases all over the world.

A key point of No Apology is to disparage President Obama for supposedly “apologizing” for America, though Romney is short of specifics as to exactly what Obama has said that would constitute an apology, rather than just the occasional recognition that the U.S. government hasn’t always been perfect. Oddly, Romney makes the same point in the book, writing:

“That doesn’t mean, of course, that America is a perfect country. We have made mistakes and committed grave offenses over the centuries. Too often we have failed to live up to our ideals. But to say that is to say that we live in this fallen world rather than a perfect one, a world composed not of angels but of flawed and imperfect beings.

“And, crucially, our past faults and errors have long been acknowledged and do not deserve the repetition that suggests either that we have been reluctant to remedy them or that we are inclined to repeat them. What we should say and repeat is this: No nation has shed more blood for more noble causes than the United States. Its beneficence and benevolence are unmatched by any nation on earth, and by any nation in history.”

Romney insisted that he actually wrote his own book, although he acknowledged assistance and advice from many of America’s leading neoconservatives, including Robert and Frederick Kagan, and from a variety of right-wing think tanks.

25 comments for “Why Romney Insulted the Palestinians”