Between the shallowness of even the “serious” mainstream news media and the sophistication of political spin, it is no wonder the U.S. public is so thoroughly uninformed and misinformed, observes Danny Schechter.

Some years ago, I meet a major in American intelligence, a member of the “Red Cell Unit.” As he explained it to me, his unit was actually charged with assessing other spy shops by offering other views, critiquing intelligence estimates and perhaps even evaluating security systems like the specialists who test airport systems by probing for their soft spots and vulnerabilities, and seeing if they can beat them.

This officer had been sent as one more gung-ho officer into the war in Iraq only to return, like many, if not disillusioned, aware that all was not working well. He was actually involved in guarding so-called HVT’s (imprisoned High Value Targets) including Saddam Hussein himself. The officer came to respect Hussein for his intelligence before his untimely demise with a rope around his neck. Saddam’s many crimes and errors were often dwarfed by our own. 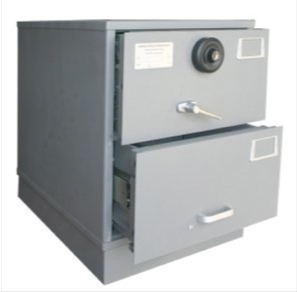 The United States today has a vast intelligence apparatus on the ground, in the sky and even in space. Technically, it puts to shame the old Soviet Union’s ability to monitor what people are doing and saying. The U.S. system sucks up millions of terabytes of data daily.

But, that doesn’t mean that what is reported is understood. The analysts seek to make sense of it, but the policy- makers are often so locked into templates of action and pre-formulated strategies that insure the input doesn’t lead to course corrections or changes in direction. The policy-makers operate with a kind of intellectual “locked-in” disease that freezes out new ideas.

The system is manned by ideologists and choked with ideology, constantly leading to so-called intelligence “failures” that fill many library shelves. Yet even when post mortems are filed, few in the commanding heights of the U.S. national security apparatus are willing to look back and draw lessons.  They are too busy, lazy or just hacks (as opposed to hackers.)

One reason: so much money is invested in covert media operations that spin and distort reality that the people inside the “deception machine” believe the news that they themselves plant and fabricate. Perception guides reality more than reality guiding perception. Media institutions play a big role in echoing embellished government claims often relying on leaks and plants that come from disinformation bureaucracies and their media assets,

The “uprisings” by the “rebels” in Syria and Libra are cases in point. In both countries, discontent was mined; and military units were recruited, trained, armed and deployed by foreign interests. Some are even working with the very jihadis that the West has been denouncing for at least the past decade.

The United States and Britain took the lead with an assist from the French and NATO. Countries like Qatar and Saudi Arabia recycled some of their oil profits to fund these interventions while trying to keep a public distance. Ironically, some of the people they armed are in Al Qaeda- linked terror groups who have always been described as our “enemy.” So much for consistency!

Years later, government hacks and historians write about these events, usually rationalizing the policy choices that drove U.S. policy but sometimes critiquing it especially when it imploded. No one in this world has yet to adequately explain Washington’s biggest failure of all: how they “missed” the Iranian Revolution.

National Public Radio recently interviewed one such government historian, David Crist, who has written a book called The Twilight War, detailing the “secret history” of America’s 30-year conflict with Iran.

NPR reports: “The book, based on interviews with hundreds of officials as well as classified military archives, details how the covert war has spanned five American presidential terms and repeatedly threatened to bring the two nations into open warfare.”

Crist is no Daniel Ellsberg. He is still a believer in America’s crusade against Iran and advocates tougher action. He tells about a close call between American and Iranian naval vessels in 2003, when he was a member of special operations forces.

“We were about an hour into the mission when all of a sudden, three Iranian Revolutionary Guard boats come streaming across from the other side of the river, stop just in front of us, unmask their guns and point them straight at us and then proceeded to bombard us with a hail of choice American obscenities,” he says.

“Our commander at the time was a Navy Seal who had lived in Tehran until he was 16 and he tried to talk with them. He even rigged an Italian flag turned sideways which looked liked an Iranian flag to show we had no hostile intent. We unmasked our guns, we called for our airpower and I thought we were on the absolute brink of a major shooting war with Iran.”

Crist and his fellow troops were ordered to withdraw and not antagonize the Iranians by high-level military officials.

“So we pulled back with the Iranians trailing us, and what I didn’t realize at the time was that that was a pretty significant mistake,” he says. “By doing so, we surrendered that entire waterway to the Iranians and they were in the process of the counter-invasion of Iraq. And they were flooding southern Iraq with forces [and arming the Shiite militias]. And what these three boats were doing was trying to prevent us from interfering with that counter-invasion.”

Crist says the U.S. should have stopped the Iranians or made a more concerted effort to stop the Iranians. His animus towards Iran is unconcealed. His bias is blatant. “By backing down, we acquiesced to them,” he says. “And it goes far beyond this one boat incident. … We missed an opportunity, I think, for reducing the amount of influence Iran was going to have in Iraq afterwards.”

The more you read his account the weirder and more uninformed it becomes, but because of his intelligence connections, media outlets like NPR assume Crist is an intelligent “expert” and give him air time. Here’s another snatch of the interview conducted by Terry Gross on the show “Fresh Air”:

GROSS: The U.S. has had several secret war plans to attack Iran. What’s the earliest one that you came across?

CRIST: The earliest one was actually in the very early 1980s, about 1980. And oddly enough, it really wasn’t geared towards Iran. It was geared towards the Soviet Union. Iran was actually the chessboard on which the U.S. and Soviet Union were going to play. And the amazing thing is through the plan, as the U.S. was discussing ways to counter a Soviet invasion of Iran, which was going to be a precursor to seizing Persian Gulf oil, the whole role and attitude of the Iranians never even figured into the plan.

GROSS: What do you mean the role of the Iranians never figured into the plan?

CRIST: There was no thought about how the Iranians were going to react to either the U.S. or the Soviet invasion. It was if they were sort of a neutral territory, which we’re going to play a war on. It’s not until about three years later that the United States starts taking a hard look at, you know, the Iranians really don’t like either us or the Soviet Union. How do we know they’re going to welcome us with open arms if we try to invade them on the precursor that it’s to try to stop the Soviets?

GROSS: So this war plan was to invade Iran if the Soviets had invaded or to prevent an imminent Soviet invasion during the Cold War?

His view is accepted as expressed. No one who is critical of U.S. policy is on the show. No one in the know challenges him. Is this some big revelation? Not really. But that’s not all, Christ later admits he is not even allowed to make what he knows of current history public.

CRIST: I’ve also been an advisor recently to senior leadership. So, yeah, there’s a lot I know that I can’t have in this book.

GROSS: So you’re writing books for the Defense Department that end up in vaults. When do they – when do those vaults end up getting opened?

CRIST: Well, we’re just now – my office is just now getting, I think, the Ford administration reviewed for declassification. So you’re about 30 years behind the times. So it’s a good long time to let the sensitivity of a lot of the issues drop off and also it’s long enough that you can then go back and relook at an issue with sort of a more objective eye than you might have had writing about an essentially current event.

GROSS: And the histories you’re writing about are based on classified documents?

GROSS: What an unusual and interesting job.

CRIST: Oh, it’s fascinating. It’s the best job for a historian, in my view.

GROSS: Better if you had readers, though, right?

GROSS: It would be better if you had readers.

CRIST: It is much better. Nobody reads this.

And it goes on. This is the drivel that passes for in-depth news analysis. Intelligence “experts” with nothing to say, or, probably, not allowed to say what they know. Is it any wonder that Americans are so uninformed about U.S.-Iranian relations? Is this really “interesting” (Gross) or “fascinating?” (Crist?)

It’s time to call the Red Cell Unit, because my brain cells are melting.