Bush-era torture and extraordinary rendition have been pushed aside by the Obama administration, as it still seeks to look forward, not backward. But a group of international parliamentarians revived the troubling issue in calling for serious investigations now, not later, reports Nat Parry.

An international body last week unanimously adopted a resolution condemning U.S. secrecy regarding the CIA’s extraordinary rendition program secrecy that is effectively stonewalling a number of European investigations into the program of secret arrests and torture of terror suspects. 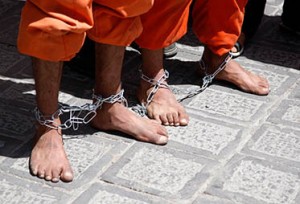 Supporting the criminal investigation carried out by Polish authorities into the rendition program and welcoming attempts by British parliamentarians to ascertain the level of the United Kingdom’s involvement, the resolution “insists that the United States Government co-operates with European investigations” and “calls upon the United States to release any pertinent information to appropriate investigators.”

In introducing the resolution on July 6, British parliamentarian Tony Lloyd recalled that when President Barack Obama was inaugurated in 2009, one of his first acts was to issue executive orders prohibiting rendition and torture.

However, Lloyd said, there are “strong evidential trails that suggest members of the OSCE family were involved in this practice of unlawful transfer of prisoners” throughout Europe, the Middle East and Afghanistan. He pointed to cases of prisoners being unlawfully detained by the CIA in Italy and the United Kingdom.

In the UK, Lloyd said, an official inquiry came to a “premature end” despite the fact that the practice of extraordinary rendition is “clearly illegal,” in violation of Article 3 of the Convention against Torture, which has been adopted by every member of the OSCE. He reminded OSCE parliamentarians that there were 1,245 CIA flights from European territory to countries where suspects faced torture.

In March, Polish Prime Minister Donald Tusk confirmed that his country’s former spy chief, Zbigniew SiemiÄ…tkowski, is facing criminal charges in connection with a probe by state prosecutors into the Polish role in the CIA’s rendition and secret prison program. The future of the Polish investigation is in doubt, however, with U.S. authorities refusing to turn over relevant documents to the prosecution, reports the Polish newspaper Gazeta Wyborcza.

In April, U.S. intelligence agencies including the CIA and the FBI won a ruling in a U.S. District Court allowing them to continue withholding evidence from British MPs about UK involvement in the rendition. In reaction to this court ruling, Lloyd, who co-chairs the UK All-Party Parliamentary Group on Extraordinary Rendition, said, “It’s an abuse of the spirit of freedom of information.”

Lloyd claimed that the U.S. agencies were trying to avoid official embarrassment on both sides of the Atlantic by using a narrow legal exemption to prevent the disclosure of critical papers. “This is still an ongoing issue,” he said in introducing the resolution last week. “This story of extraordinary rendition is not finished.”

It is therefore “necessary to keep up the political pressure for proper answers,” Lloyd said. “We need to know the truth of what took place. We need to give a strong signal that this type of activity is not something that has any role to play in the fight against terrorism.”

Toward this end, the resolution introduced by Lloyd reminds OSCE member states of their “binding obligations under international law to not only refrain from torture, or inhuman, cruel, humiliating, and degrading treatment; but to also investigate allegations of torture.”

It further calls on all OSCE members to investigate allegations that their territory has been used to assist CIA-chartered flights secretly transporting detainees to countries where they may face torture or other ill-treatment.

Following Lloyd’s introduction, U.S. Congressman Dennis Cardoza, D-California, took the floor largely in support of the resolution, stating that “No country should evade a discussion of its own domestic issues.” He said that the issues of rendition and torture “remain controversial in the United States” and welcomed Lloyd’s attempt to focus attention on the matter.

The debate on the resolution came just after President Obama renewed the U.S. pledge to work with the international community toward ending torture. The White House put out a statement on International Day in Support of Victims of Torture, stating that “the United States rejects torture as unlawful, counter to our values, and inconsistent with the universal rights and freedoms that should be enjoyed by all men, women, and children wherever they live.”

As the Center for Constitutional Rights pointed out, however, the statement “comes after three years of continued efforts by the Obama administration to block any investigation or accountability for U.S. torture practices.”

2 comments for “Reviving the Rendition Debate”