A former top Iranian negotiator says Iran offered the West a deal in 2005 that would have eliminated the possibility of Iran developing a nuclear bomb, but the plan was blocked by hardliners in George W. Bush’s administration who rejected any right of Iran to process uranium, Gareth Porter reports for Inter Press Service.

France and Germany were prepared in spring 2005 to negotiate on an Iranian proposal to convert all of its enriched uranium to fuel rods, making it impossible to use it for nuclear weapons, but Britain vetoed the deal at the insistence of the United States, according to a new account by a former top Iranian nuclear negotiator.

Seyed Hossein Mousavian, who had led Iran’s nuclear negotiating team in 2004 and 2005, makes it clear that the reason that offer was rejected was that the George W. Bush administration refused to countenance any Iranian enrichment capability, regardless of the circumstances. Mousavian reveals previously unknown details about that pivotal episode in the diplomacy surrounding the Iran nuclear issue in memoirs published Tuesday. 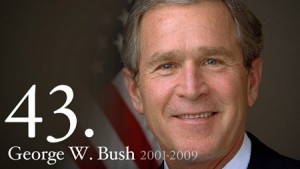 Mousavian, now a visiting research scholar at Princeton University’s Woodrow Wilson School, had been a top political aide to former president Hashemi Rafsanjani and head of the foreign relations committee of Iran’s Supreme National Security Council during his political-diplomatic career in Iran.

Mousavian had been entrusted with Iran’s most sensitive diplomatic missions, including negotiations on a strategic understanding with Saudi crown prince Abdullah in the early 1990s and with U.S. officials on Afghanistan and Al-Qaeda in 2001 and 2002, his memoirs reveal. But he was arrested by the Mahmoud Ahmadinejad administration on charges of “espionage” in April 2007.

The British and U.S. refusal to pursue the Iranian offer, which might have headed off the political diplomatic crisis over the Iranian nuclear program since then, is confirmed by a former British diplomat who participated in the talks and former European ambassadors to Iran. Mousavian writes that one of the European negotiators told him that “they were ready to compromise but that the United States was the obstacle.”

The episode occurred a few months after an agreement between Iran and the British, French and German governments on Nov. 15, 2004, on terms for negotiations on “long-term arrangements,” during which Iran agreed to maintain a voluntary suspension of enrichment and other nuclear activities.

The agreement to be negotiated was to “provide objective guarantees that Iran’s nuclear program is exclusively for peaceful purposes” as well as “firm guarantees on nuclear, technological and economic cooperation and firm commitments on security issues.”

But the EU objective in the talks was to demand a complete end to all Iranian enrichment. At the March 23, 2005, meeting in Paris, the EU called for an indefinite suspension of enrichment by Iran, meaning suspension beyond the negotiations themselves.

At the same meeting, Iranian negotiators submitted a proposal that included a “policy declaration to convert all enriched uranium to fuel rods” and “committed to getting the Additional Protocol,” which would allow the IAEA to make snap inspections on undeclared facilities, ratified by its parliament.

Conversion of low-enriched uranium (LEU) to fuel rods only usable for power plants could have provided a guarantee against using the enriched uranium for nuclear weapons.

Iran did not have the capability to fabricate fuel rods, so the implication was that the LEU would have to be shipped to another country for conversion or would have to be done under international auspices within Iran. Once the fuel rods were fabricated, it would be practically impossible for Iran to reconvert them for military purposes.

Peter Jenkins, then the British permanent representative to the IAEA and a member of the British delegation to the Paris meeting with Iran, recalled in an interview with IPS, “All of us were impressed by the proposal.”

The European delegations asked for a break to discuss it among themselves, Jenkins recalled, but soon decided to tell Iran they would “need more time to consider further.” But the Europeans did not seek to explore the Iranian offer further.

Mousavian reveals that Iran learned a few weeks after that meeting that the Europeans had no intention of negotiating any agreement that would allow Iran to have any enrichment program.

On April 12, 2005, Mousavian recounts, the French ambassador to Iran, Francois Nicoullaud, told him it was impossible for the Europeans to negotiate on the Iranian proposal. “For the U.S. the enrichment in Iran is a red line which the EU cannot cross,” Mousavian quotes Nicoullaud as saying.

In June 2009, Nicoullaud signed a statement with five other former European ambassadors to Iran recalling that in 2005 “Iran was ready to discuss a ceiling limit for the number of its centrifuges and to maintain its rate of enrichment far below the high levels necessary for weapons,” but that “the Europeans and the Americans wanted to compel Iran to forsake its enrichment program entirely.”

Jenkins recalled that he was aware that no proposal, no matter how forthcoming on assurances against diversion of LEU to a nuclear weapon, would be acceptable to the British government if it involved a resumption of enrichment. “I knew in my heart of hearts that this was a waste of time that it would not fly,” he recalled.

“The British objective was to eliminate entirely Iran’s enrichment capability,” Jenkins said. “I remember we couldn’t even allow Iran to have 20 centrifuges for R&D (research and development) purposes, because we ourselves had mastered the technology with even fewer than that.”

The Iranians had made clear to the European Three that they could not agree to any loss of their right to enrich, according to Jenkins, but the Europeans hoped that it was merely an opening negotiating position.

“I don’t think we realized fully in March 2005 that Iran was not prepared to give up enrichment as the price of a settlement,” Jenkins recalled. “We believed that if we could come up with sufficient Incentives and scare Iran with the threat of referral to the (United Nations) Security Council, they would give in.”

After reading Mousavian’s minutes of the meeting with Nicoullaud, the Supreme Leader instructed his nuclear policy coordinator, Hassan Rowhani, to restart the uranium conversion facility at Isfahan. Iran had included the conversion facility in its suspension of enrichment activities only with great reluctance under the pressure of the European negotiators.

Meanwhile, Mousavian made the rounds to try to persuade the Europeans to accept an Iranian offer to ensure that it would not divert uranium to nuclear weapons. He recalls offering his German counterpart Michael Schaefer in Berlin yet another proposal that had not yet been cleared by Iranian leaders.

Under the Mousavian proposal, Iran would have resumed uranium conversion at the Isfahan plant but would have exported its product to “an agreed-upon country” in exchange for yellowcake, the form uranium takes prior to enrichment.

At a later stage of the proposal, Iran would have begun enrichment at Natanz with some 3,000 centrifuges, but again would have exported all the enriched uranium to “an agreed-upon country”.

While those extraordinary arrangements were being carried out, Mousavian proposed, negotiations on a “final compromise” on “objective guarantees of non-diversion” and EU “firm guarantees” on comprehensive relations with Iran would continue for a maximum of one year, and that Iran would adopt a timetable for enrichment agreed upon with the EU “based on Iran’s fuel requirements”.

Schafer encouraged Mousavian to pursue the proposal with the French and British, and French political director Stanislas Lefabvre Laboulaye told him it would depend on the British response. But Mousavian writes that British director general for political affairs John Sawers told him that the Bush administration “would never tolerate the operation of even one centrifuge in Iran”.

After his round of meetings with the Europeans, Mousavian was informed by Rowhani that the package he had proposed had been accepted by the Iranian leadership, based on a minimum of 3,000 centrifuges and a one-year limit on the negotiations. But a third condition was that the Europeans had to agree on the plan before the August Iranian presidential election.

The third condition suggests that Supreme Leader Ali Khamenei did not want either of the two presidential candidates, Hashemi Rafsanjani or Mahmound Ahmadinejad, to get credit for the agreement with the Europeans.

The conversion of the bulk of Iranian low enriched uranium (LEU) to fuel rods after being exported to France or Russia was the basis for the Barack Obama administration’s diplomatic proposal to Iran in October 2009.

The Ahmadinejad government negotiated with the U.S. and European diplomats on the proposal, but in the end Iran was not willing to part with as much as 80 percent of its stockpile of enriched uranium without getting any change in U.S. policy in return.

Gareth Porter is an investigative historian and journalist specializing in U.S. national security policy. The paperback edition of his latest book, Perils of Dominance: Imbalance of Power and the Road to War in Vietnam, was published in 2006. [This story originally appeared at Inter Press Service.]