Even as the Obama administration continues to ignore the worst crimes of George W. Bush’s presidency including torture and aggressive war authorities in Poland are investigating its alleged hosting of a CIA “black site” prison. An inquiry that may be the best hope for some measure of truth, writes Nat Parry.

A probe by Polish prosecutors into the CIA’s use of a secret prison in Poland offers a grim reminder of one of the Global War on Terror’s darkest chapters America’s use of Eastern European allies to assist in illegal extraordinary renditions and torture of suspected terrorists.

But the fact that the probe is being carried out by Polish authorities, with no comparable investigation by the U.S. government, offers perhaps an even starker reminder that democratic accountability is in some ways stronger in the former Soviet Bloc than it is in the United States of America. 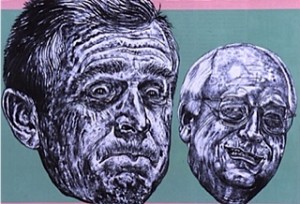 Despite some feeble attempts from Congress to ensure greater oversight of the CIA’s program of clandestine prisons, there have been no investigations of possible violations of anti-torture laws.

An amendment to require reports on clandestine detention facilities was attached to the 2006 supplemental military spending bill, but as this amendment only required that classified reports be submitted to relevant congressional committees, it did little to raise general public awareness of the issue.

A 2009 Senate review of the program promised to “assess lessons learned” but assured the CIA that employees who participated in the program would not be held to account. Then-CIA Director Leon Panetta vowed to block “an inquiry designed to punish those who acted in accord with guidance from the Department of Justice.”

First revealed in November 2005 by the Washington Post, the clandestine network of CIA prisons was acknowledged by President George W. Bush in September 2006. At the time, Bush claimed that torture was not part of the program. Investigations by the Council of Europe and the European Parliament, however, revealed that torture had been used extensively in the prisons.

While deploring “the concepts of state secrecy or national security” invoked by the United States to obstruct the investigation into “grave allegations of human rights violations,” the Council of Europe nevertheless ascertained that detainees in the prisons “were subjected to inhuman and degrading treatment, sometimes protracted.”

“Certain ‘enhanced’ interrogation methods used fulfill the definition of torture and inhuman and degrading treatment in Article 3 of the European Convention on Human Rights and the United Nations Convention against Torture,” said the report. A subsequent investigation by the European Parliament further confirmed the use of torture in the secret prisons.

Following its investigation, the EP adopted a strongly worded resolution condemning the U.S. policies and the European governments that participated in the program.

The EP reminded its member states that “the prohibition of torture is a peremptory norm of international law (jus cogens) from which no derogation is possible,” and criticized “European countries [that] may have received, knowingly or unknowingly, information obtained under torture.”

In Poland, the notion that the former Communist country would tolerate a secret CIA prison in which torture was being used was for years derided by the country’s politicians, journalists and the public as a crackpot conspiracy theory. Polish officials consistently denied the existence of any such prison.

But a string of recent revelations and political statements by Polish leaders appear to acknowledge for the first time that the United States did indeed run a secret interrogation facility for terror suspects in 2002 and 2003 in a remote region of the country.

As the AP reports, the debate within Poland is marked by a streak of disappointment that Washington had led the young democracy astray both ethically and legally, and then abandoned the Polish government to deal with the fallout.

Polish Prime Minister Donald Tusk said on March 29 that Poland has been the “political victim” of leaks from U.S. officials that brought to light aspects of the secret rendition program. He said that an ongoing investigation into the case demonstrates Poland’s democratic credentials and that Poland will not be used in the future for such clandestine enterprises.

“Poland will no longer be a country where politicians, even if they are working arm-in-arm with the world’s greatest superpower, could make some deal somewhere under the table and then it would never see daylight,” said Tusk, who took office four years after the prison was shuttered.

The Polish frustration with the United States follows a long-established feeling of disillusionment that first emerged in 2004 during the U.S.-led occupation of Iraq and the height of the Iraqi insurgency. As David Ost reported in The Nation magazine on Sept. 16, 2004,

“George W. Bush has managed to do what forty-five years of Communist rule could not: puncture the image of essential American goodness that has always been the United States’ key selling point. Polish journalists now ask questions like, ‘How can we explain America’s transformation from a country that introduced international law to one that intervenes militarily wherever it likes?’ Or, more plaintively: ‘Does it really pay to be America’s friend?’ It is an astonishing turnabout: In more than twenty-five years of traveling to Poland I have never heard these kinds of criticisms.”

Poland committed 2,400 troops to the U.S.-led occupation of Iraq, but Polish supporters of the war, such as Marek Beylin, chief of the editorial section of Gazeta Wyborcza, began wondering whether they were duped into cooperating with the United States.

“It seems we were naive,” Beylin said in 2004. “It turns out they had no idea what to do with the Shiites, the Kurds, the resistance, the infrastructure. A superpower should be able to do this! That it can’t do it this changes all our calculations.”

It appears now that Poland is following through on the recalculations it began making eight years ago,  and choosing the rule of law over its alliance with the world’s lawless superpower.

“Poland is a democracy where national and international law must be observed,” Tusk said on March 29. “This issue must be explained. Let there be no doubt about it either in Poland or on the other side of the ocean.”

Tusk also pledged that Polish official involvement in activities by the CIA would be thoroughly scrutinized and prosecuted. He indirectly confirmed that his country’s former spy chief, Zbigniew SiemiÄ…tkowski, is facing criminal charges in connection with a probe by state prosecutors into the Polish role in CIA’s secret prison.

Poland’s prime minister at the time of the prison’s operation, Leszek Miller, has denied any knowledge of the CIA program in Poland.

Although many sordid details of the program have been public for years, the U.S. continues to not only fail to investigate those responsible, but also stonewall investigations by others, including Poland. The future of the investigation of SiemiÄ…tkowski is in some doubt, with the U.S. authorities refusing to cooperate with the investigation, reports the Polish newspaper Gazeta Wyborcza.

The refusal to cooperate with the investigation follows a well-established pattern by the administration of Barack Obama. As President-elect in January 2009, Obama said there should be prosecutions if “somebody has blatantly broken the law” but that CIA employees who participated in questionable policies of “extraordinary rendition” and “enhanced interrogation” should not be overly concerned.

“Part of my job,” he said, “is to make sure that, for example, at the CIA, you’ve got extraordinarily talented people who are working very hard to keep Americans safe. I don’t want them to suddenly feel like they’ve got spend their all their time looking over their shoulders.”

Upon taking office, Obama promised to “look forward as opposed to looking backwards” regarding crimes committed by the previous administration.

In the three-plus years since then, it has become abundantly clear that those who may have engaged in unlawful interrogation or extrajudicial detention during the Bush years have nothing to worry about. In fact, the only CIA employees who have been prosecuted under the Obama administration are those who have attempted to blow the whistle on abuses at the agency.

The most recent example is that of John C. Kiriakou, a CIA agent made famous by his public opposition to waterboarding. He was indicted by a grand jury for leaking government secrets to reporters. Kiriakou is accused of giving journalists the name of another CIA operative and his role in the capture of al-Qaeda suspect Abu Zubaydah shortly after 9/11.

Abu Zubaydah is said to have been tortured in the CIA’s secret prison in Poland and is one of two individuals granted “victim status” by prosecutors in Warsaw. This will allow their lawyers to review evidence and question witnesses as part of the prosecutors’ investigation.

The indictment of Kiriakou is part of an aggressive Justice Department crackdown on leakers and is one of a half-dozen such cases opened during the Obama administration. Coupled with the administration’s refusal to cooperate with the Polish authorities in its investigation of secret CIA prisons, it appears to be part of a concerted effort to prevent any more details about this program from seeing the light of day.

Still, human rights activists and lawyers are coming to view Poland and its courts as one of the best chances to uncover the truth about U.S. rendition and torture in Eastern Europe.

“In Poland, the democratic system has turned out to be much more mature than in other countries,” said Adam Bodnar of the Polish Helsinki Foundation for Human Rights. “There’s a group of people, judges, prosecutors, journalists, some politicians, who take the constitution seriously.”

Considering the lack of any such seriousness on the other side of the Atlantic, the Polish investigation may also be Americans’ best hope for learning the truth about the CIA’s secret prisons, as well as its broader rendition and torture program.

← A Voice for Domestic Workers
‘Occupy’ Eyes May Day ‘Strike’ →