For 15 years, Ai-jen Poo has been fighting for the rights of domestic workers in the United States, an organizing task that many labor experts thought impossible given the sketchy information about who these housekeepers and caregivers are and where they work. But she has scored some stunning successes, Dennis J. Bernstein reports.

Poo’s organizing of domestic workers has included a decade-long struggle that culminated in the passage of the groundbreaking Domestic Workers Bill of Rights in New York State, which earned her the informal title of “the Nannies’ Norma Ray.” In 2007 she co-founded the National Domestic Workers Alliance to bring dignity and respect to this growing, yet undervalued, workforce nationally. 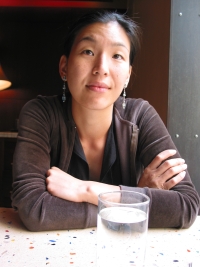 She is also the co-director of Caring Across Generations (CAG), a national campaign including over 200 advocacy organizations working together for quality jobs and a dignified quality of life for all Americans.

The Time 100 list spotlights the activism, innovation and achievement of the world’s most influential individuals.

On April 18, I spoke with Ai-Jen Poo about her work, her life and the inspirations in her life that lead her down the path to work with some of the most abused, under-protected and disinherited members of the U.S. workforce.

DB: Congratulations on the honor. Were you surprised?

AP: I was surprised, but you know I think it’s a testament to all the wonderful organizing that’s been happening among domestic workers around the country. Finally this is a work force whose time has come, and an issue that’s time has come.

DB: Tell us about the National Domestic Workers Alliance. Who do you represent? And tell us something about these people by introducing us to a few of them.

AP: Sure. The National Domestic Workers Alliance is an alliance of 35 local organizations representing nannies, housekeepers and caregivers for the elderly, in 19 cities and 11 states around the country. So we’re talking about organizations in San Francisco and Oakland who have been organizing immigrant women who work as caregivers and housekeepers, domestic workers of all sorts. And so it’s all kinds of organizations, all of whom are working to gain respect and recognition for this very important work that we believe is the work that makes all other work possible.

And one of the things that we’ve, well, what we’ve seen is the work force is incredibly vulnerable. So I’m not sure how familiar you and your listeners are but domestic workers are still excluded from almost every major labor law that exists in this country. And the work force is very isolated, working in individual scattered homes around the country.

No ones knows really where they are or which households have domestic workers. It’s not registered anywhere. So there’s a high degree of vulnerability and a legacy of exclusion and discrimination. And so what that means is workers like Maria work 12 hours, 13, 14 hours a day for low wages, sometimes below minimum wage, usually without overtime pay, and high degrees of vulnerability to abuse, to harassment, to unjust firing, to denial of basic rights.

And so that’s what the organizing has been about; lifting up those stories, building the power of the work force and changing the laws to bring respect and recognition to this work.

DB: We’re speaking with Al-Jen Poo, she’s Director of the National Domestic Workers Alliance. She was chosen by Time to be one of the most 100 influential people in the world. I don’t always agree with Time, but this is a very important choice for the positive and these women, women who do this work, just so we are clear, are often times in grave danger because nobody knows where they are. Because they are disconnected, because often times they have no line out to the rest of the world.

AP: That’s right, there’s isolation, it’s really, if we think about what it took for the women’s movement to really educate the broader public, and really bring the notion that domestic violence is not just a few isolated incidences but it’s actually a systemic problem. To really break the silence around violence against women that happens behind closed doors, it gives you a sense of what might be happening behind closed doors in homes around the country, where women are working.

And this is an enormous and growing work force. We estimated at least 2 ½ million workers are doing this work that makes all other work possible in households around the country. And to have that large of a work force be so invisible, and so isolated, and so vulnerable to abuse, is exactly what we are trying to address.

DB: Well, now since you co-founded the National Domestic Workers Alliance there have been a couple of very significant victories. And one them is the Domestic Workers Bill of Rights in New York State. Tell us about that and then we’re going to ask you how perhaps that can be a model for the rest of the country.

AP: Absolutely, after a six year organizing campaign where hundreds of domestic workers journeyed to the capital of the state of New York, Albany, to tell their stories and assert their dignity and demand justice, we were successful in passing the very first Domestic Workers Bill of Rights in the country, extending basic [labor rights to] over 200,000 women who do domestic work in the state of New York.

And now we’re on our way to the next historic breakthrough which is to pass a domestic workers bill of rights in the state of California, where again, another over 200,000 domestic workers work every day in households helping the families throughout the state of California and supporting those families and professionals to be able to do what they need to do every day.

And that work force is on the brink of another very important victory with the passage of assembly bill 889 and we’re hoping that your listeners will support that piece of legislation and contact their local state senators and let them know that this is an issue that is important to them and touches all of us and is a priority for the state of California.

DB: Can I ask you how you became engaged in this work; how you came to join these women in this battle?  Where did it start for you?

AP: I come from a long line of really strong women who took care of our family and their community and in their profession also did care work. My grandmother was a nurse, and my mother’s a doctor and a lot of the work that they did to care for families in their community was not really valued. Was not valued for what it was truly worth, and what it is truly worth. And I think I saw that growing up and I also saw a tremendous amount of violence against women in our community.

And so I early on became involved in women’s organizations and domestic violence advocacy, which eventually lead to women’s organizing, to support women to create a different future, a different economy, a different democracy, for all of us. And I think the perspective the woman we always say that when you look at the world through the eyes of the women you see the world much more clearly both in terms of the problems at hand and in terms of the solution; the potential solution and the ways forward.

So I have always really followed the leadership of the women who I work with and whom I connected to, who have led me along this path.

DB: There’s that wonderful quote from that poet Muriel Rukeser when she wrote “What would happen if one woman told the truth about her life? … The world will split open.”

DB: Yeah, well you not only have told the truth about your own life, but you’ve put it on the line for some of the most oppressed and at the same time, proud and courageous women because it is a fact that it takes unbelievable courage to be, for instance, undocumented, a woman, a person of color, isolated, with not a lot of money, and having to protect your family, and all their lives. So these are courageous women standing up, right?

AP: I see the most incredible acts of courage every single day in our work force. The courage it takes to assert your dignity, and assert your humanity, in the face of the vulnerability, and the denial and the systemic devaluing of your work on a daily basis and to still take pride in it. And to still bring love, and energy, and hope, to the work that you do and to the work of organizing for change.

And not only have people denied the value of domestic work but people have said that domestic workers are unorganizable. And so to be able to stand up in the face of all of that and to assert our dignity and to assert the possibility of power, of dignity, of respect, …. I’ve been witness for the last 15 years to incredible courage. And every day it inspires me to get up and do what I do and I know that it’s going to continue to make history.

DB: They did get a domestic workers bill of rights passed in New York, now the battle is in California. I know the battle is going to be in one state after another. If people want more information about your organization, how do they get that.

AP: Please sign up for our web site list at www.domesticworkers.org and sign up for our list so we can stay in touch with you. There’s a role for everyone in our movement. We need all of us, all of us are connected, and we can all make history and follow the lead of this incredible work force who have courageously been paving the way to a more caring, equitable economy for all of us. And we need you, and we need your voices in this movement.