A federal appeals court has extended the Citizens United “logic” into the realm of public television, opening the door to cluttering up those stations with campaign attack ads like the rest of TV, an ominous development to Bill Moyers and Michael Winship.

A couple of weeks ago, we wrote about how the media giants who own your local commercial television and radio stations have been striking like startled rattlesnakes at an FCC proposal that would shed a light on who’s buying our elections.

The proposed new rule would make it easier to find out who’s bankrolling political attack ads by posting the information online. The stations already have the data and are required by law to make it public to anyone who asks. 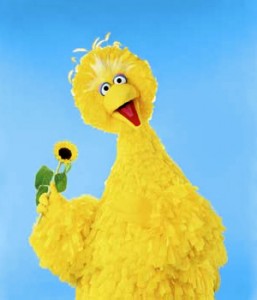 But you can get only it by going to the station and asking for the actual paper documents what’s known as “the public file.” Stations don’t want to put it online because — you guessed it — that would make it too easy for you to find out who’s putting up the cash for all those ads polluting your hometown airwaves.

If approved, the new rule would require the ABC, CBS, NBC and Fox affiliates in the top 50 markets to make their files on political advertising available on line immediately. Other stations would have a two-year grace period.

In the meantime, the mighty giants of broadcasting have been fighting back. A number of senators serving the industry have spoken up against the proposal and the National Association of Broadcasters (NAB) led by their top lobbyist and president, the frozen food millionaire and former Oregon Republican Senator Gordon Smith have been meeting with commissioners urging them to scuttle the proposal or at least water it down until it means nothing.

As Jeffrey Rosen of The New Republic magazine wrote, “The arguments against transparency offered by the networks show that, having experienced the windfall of advertising dollars that Citizens United unleashed, they have little interest in meeting their legal and ethical responsibility to serve the public interest.”

The FCC is scheduled to vote on their proposal on April 27, and on Monday its chairman, Julius Genachowski, walked into the lion’s den the really nice one in Las Vegas and addressed the NAB’s annual convention.

He noted that, “Using rhetoric that one writer described as ‘teeth-gnashing’ and ‘fire-breathing,’ some in the broadcast industry have elected to position themselves against technology, against transparency, and against journalism.”

He added, “The argument against moving the public file online is that required broadcaster disclosures shouldn’t be too public. But in a world where everything is going digital, why have a special exemption for broadcasters’ political disclosure obligation?”

Whatever the result on the 27th, those negative attack ads already are cluttering the airwaves like so much unsolicited junk mail and it’s only going to get much, much worse as the super PACs, political parties, the moguls and tycoons, many acting in secrecy, lavish perhaps as much as $3 billion on local stations between now and November.

But now there’s something new in the mix, especially appalling to anyone who truly cares about public broadcasting. On April 12, by a vote of 2-1 two of three judges on the 9th U.S. Circuit Court of Appeals found in favor of KMTP, a small public station in San Francisco, and struck down the federal ban against political and issue advertising on public TV and radio.

For decades there’s been a rule against turning those airwaves over to ads for political campaigns and causes. Now the court has ruled that the free speech rights of political advertisers take precedence.

Imagine if you turned on your TV set someday soon and were greeted by “Sesame Street,” brought to you by the letter C, for “creeping campaign cash corruption.” Perhaps that’s a bit of a stretch, but as the late William F. Buckley, Jr., used to say, the point survives the exaggeration.

If ever there was a camel’s nose under the tent, this is it and we don’t mean one of those humped creatures that show up on PBS’s “Nature” or an episode about backpacking through Egypt on “Globe Trekker.” The current public system was signed into law by President Lyndon Johnson in 1967.

“It will get part of its support from our government,” Johnson said, “but it will be carefully guarded from Government or from party control. It will be free, and it will be independent — and it will belong to all of our people.”

The Public Broadcasting Act uses the word “noncommercial” 16 times to describe what public television and radio should be. And it specifically says that, “No noncommercial educational broadcasting station may support or oppose any candidate for political office.”

We’ve taken that seriously all these years, and most of us who have labored in this vineyard still think public broadcasting should be a refuge from the braying distortions and outright lies that characterize politics today especially those endless, head splitting ads.

But in its majority decision the court wrote, “Neither logic nor evidence supports the notion that public issue and political advertisers are likely to encourage public broadcast stations to dilute the kind of noncommercial programming whose maintenance is the substantial interest that would support the advertising bans.”

Sorry, your honors: this is the same so-called “logic” that led the U.S. Supreme Court to issue its notorious Citizens United decision, the one that opened all spigots to flood the political landscape with cash and the airwaves with trash. “To be truthful” one former PBS board member said, “it scares me to death.” Us, too.

The court decision did uphold the ban on public broadcasting selling ad time for commercial goods and services, although, as corporations and others cover the cost of programming through what’s euphemistically referred to as “enhanced underwriting,” public TV already is close to the line of what differentiates it from commercial broadcasting.

And understandably, with our stations always in a financial pickle, frantically hanging on by their fingertips, it won’t be easy to turn down those quick bucks from super PACs and others. But hang in there, brothers and sisters in the faith: If ever there was a time for solidarity and spine, this is it.

Stations KPBS in San Diego and KSFR, public radio in Santa Fe, have said they won’t do it. If enough of you say no, this invasion might be repelled.  And viewers, they need to know you’re behind them.

← In Case You Missed…
A Voice for Domestic Workers →