Since its founding in 1948 as a refuge for Holocaust survivors and other Jews, Israel has called itself a democracy but has restricted rights of Arabs inside Israel and under Israeli military occupation. This tension and the rise of Jewish fundamentalism are now eroding support among liberal Zionists, writes Lawrence Davidson.

On March 12, David Remnick, editor of The New Yorker, wrote a brief lament for Israeli democracy. It appeared under the title “Threatened” and can be found in the magazine’s Talk Of The Town comment section. Here are some of the points that Remnick made:

1. “Democracy is never fully achieved. At best, it’s an ambition, a state of becoming.” Remnick goes on to say that in the U.S. it has taken “generations” for many minority groups to attain “the rights of citizenship.” And, even now it is an ongoing struggle for there are always those (including some of the contenders for the Republican presidential nomination) who wish to “scale back such rights.” 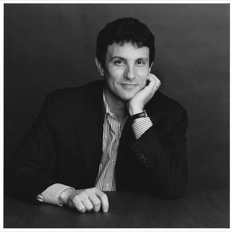 Remnick is correct. However, it should be emphasized that the general historical trend in the U.S., particularly since the Second World War, has been toward greater inclusiveness. Sometimes its two steps forward and one step backward, but the presence of the nation’s first black president should be taken as a sign of the direction in which the U.S. is moving.

2. Israel is “embroiled in a crisis of democratic becoming.” Politically, Israel was built on a social democratic model and the resulting institutions should be seen as “points of pride.” And yet “an intensifying conflict of values has put its democratic nature under tremendous stress.”

Remnick refers here to “an existential threat that looms within.” What is this potentially fatal threat? “Reactionary elements” who would lead Israel to the political brink a “descent into apartheid, xenophobia, and isolation.”

Remnick believes that “the political corrosion begins … with the occupation of the Palestinian territories … that has lasted for forty-five years.” He points out that the result has been “a profoundly anti-democratic, even racist, political culture [that] has become endemic among much of the Jewish population in the West Bank, and jeopardizes Israel proper.” He notes that recent Israeli polls show the youth of the country “losing touch with the liberal democratic principles of the state.”

3. Remnick sees this as a horrible step backward from Theodor Herzl’s vision of “a pluralist Zionism” and he puts a lot of the blame on “emboldened [Jewish] fundamentalists [who] flaunt an increasingly aggressive medievalism,” the kind that has made heroes of Jewish terrorists such as the mass murderer Baruch Goldstein. Such people now thrive in a political environment in which “the tenets of liberal democracy [are] negotiable in a game of coalition politics.”

4. Remnick’s conclusion is that “such short-term expedience cannot but exact a long-term price: this dream and process of democratic becoming may be painfully, even fatally, deferred.”

Certainly many of David Remnick’s observations of anti-democratic Israeli behavior are accurate but his assumption that these are relatively recent phenomena, located mainly among the settlers on the West Bank, is just historically wrong. Israel’s anti-democratic trends flow from structural problems that were built into the Zionist experiment that ultimately resulted in the Israeli state. They were built in by the Zionist ideology itself.

The truth is that you cannot design a state, and its supporting political ideology, for one in-group only, then try to implement it in a land filled with out-groups, and not come forth with a discriminatory product. Having an exclusionary goal from the beginning, as the Zionists did, makes Israeli prejudices structural and not an accident of this or that government’s policies.

Thus, an accurate reading of Theodor Herzl reveals that his “pluralistic Zionism” was a concept that assumed, indeed demanded, that the population of the state be overwhelmingly Jewish. The non-Jewish population had to be enticed or pushed out of the Jewish state.

That makes Israel’s anti-democratic Zionist attitude 117 years old (dating from the 1895 publication of Herzl’s Der Jundenstaat The Jewish State) and not, as Remnick suggests, 45 (since the 1967 war). Once Herzl’s desired purge was accomplished, there could then be “pluralism” among the solely Jewish population remaining. Today, we call such ethnocentrism, racism.

An accurate and open-minded look at Israel’s history, as can be had from the works of Ilan Pappe and Benny Morris, among others, shows beyond a doubt that, from the beginning, Israeli political leaders, be they of the right or the left, secular or religious, all had the same goal of purging the country of non-Jews. If differences existed relevant to this goal, they were tactical and not strategic.

And this, by the way, is why all the talk heard across the American political spectrum about how Israel is “just like us” is again, historically incorrect. While the democratic majority in the U.S. has chosen to interpret its laws and political philosophy in an inclusive manner, Israel’s Jewish majority has chosen to pursue the opposite goal an exclusive, ethnocentric and ultimately racist state.

Nonetheless, David Remnick’s brief essay is both interesting and important. It shows that there is a split among Zionists here in the United States. The so-called “soft Zionists” are increasingly troubled by the fact that Israel’s behavior contradicts their long cherished myths.

All nations have their cherished myths, and they are important in sustaining support for — and faith in — the nation itself. When the myths start to fall away you know that support must fall away as well. And so it is with Israel.

You can see it in the increasing numbers of Israelis deciding to emigrate out of their country, and you can see it in David Remnick’s essay which, in its own way, is an act of emigration. Seeing his imagined liberal Israel overtaken by “an increasingly aggressive medievalism,” David Remnick has apparently come to the conclusion that this is not the sort of Israel he can support.

24 comments for “Losing Faith in a Democratic Israel”