Last month, when three bomb plots surfaced in India, Thailand and Georgia — all with apparent Israeli targets — the immediate assumption was that Iran was seeking revenge for Israeli-connected assassinations of Iranian scientists. But new evidence suggests another possibility, Gareth Porter reports for AlJazeera.

The magnet bomb that exploded on an Israeli Embassy diplomat’s car in Delhi on Feb. 13 seemed on the surface to be consistent with an Iranian-sponsored action.

It was carried out with same method by which Israel’s Iranian proxy, the Mujahedin-e Khalq, had assassinated an Iranian scientist in mid-January. It occurred on the anniversary of the 2008 assassination of Hezbollah operations chief Imad Mugniyeh, which Hezbollah had vowed to avenge. And it happened at the same time as what appeared to be attempted bombings in Bangkok and Tbilisi. 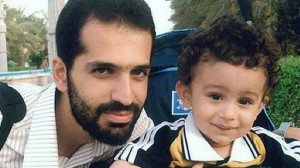 But a review of the evidence uncovered thus far makes the link to Iran begin to look very dubious. Instead, it points to the distinct possibility that the Israelis planned a carefully limited bomb attack that was not intended to cause serious injury to Israeli diplomatic personnel, but that would advance the larger Israeli narrative on the need to punish Iran.

The evidence surrounding that bomb itself indicates a series of decisions by the terrorist team that is fundamentally inconsistent with an Iranian-Hezbollah revenge bombing.

The preliminary forensic analysis of the bomb itself had estimated it to be 250-300 grams of explosives, but sources in the investigation later reduced the estimate to 200-250 grams. The 250-gram bomb that exploded near the Delhi High Court in May 2011 did not even damage the car under which it had been placed and was characterized by Police Commissioner B K Gupta as a “low-intensity and mild blast.”

The main damage to the Israeli diplomat’s car was not from the explosion but from the fire, which burned so slowly that the occupants suffered no burns.

If the bomb had been filled with shrapnel of iron filings, nails or glass, or if it had been attached underneath the fuel tank or on the door next to the passenger, that bomb would have seriously injured or killed the passenger, Tal Yehoshua-Koren, the wife of the Israeli Defense AttachÃ©.

But Delhi police were able to determine that the bomb contained no such potentially deadly shrapnel. And an examination of the videos and photos of the car after the bombing revealed that the bomb had been attached instead to the rear of the vehicle, where it would have the least impact on the occupants.

Indian investigators obtained a fourth piece of evidence bearing on the intentions of the planners from their interview with Yehoshua-Koren. She told them the bomb did not go off for 30 to 40 seconds after she felt a bump from the rear of the car and saw the motorcyclist go past her window.

Indian investigators had assumed that the bomb had operated on a five- or 10-second delay, like other magnet bombs with which they were familiar – only enough time for the motorcyclist to get far enough away from the blast.

Yehoshua-Koren did not get out of the car before the bomb went off, and suffered what the Israeli Defense Ministry called “moderate” wounds – evidently from metal fragments from the rear hatch. She was nevertheless able to exit the car and get to the Israeli Embassy without any assistance.

Israeli commentary on the bombing suggested that an Iranian-sponsored terrorist team had simply proven to be ineffective in carrying out the bombing. But the combination of these four distinct indicators strongly suggests that the operation was planned so that the passenger in the car would not be injured.

Israel claimed that the evidence links the Delhi bombing to other alleged Iranian-Hezbollah plots in Tbilisi and Bangkok. Deputy Prime Minister Moshe Yaalon declared, “It is the same pattern, the same bomb, the same lab, the same factory”.

But it turns out that there was no similarity whatsoever among the bombs found in the three capitals. The one in Tbilisi was described as a grenade in a plastic bag taped to the bottom of the car, which hardly suggests a serious terror plot.

Delhi police discovered that the two magnet bombs found in the house in Bangkok, where an accidental explosion had occurred, contained the much more powerful C-4 explosive as well as shrapnel – both of which were absent from the Delhi bomb. And, even more interesting, the Bangkok magnet bombs timed for only a five-second delay.

That information led investigators in Delhi to conclude that the operations in Delhi and Bangkok were “unrelated.”

Despite the fact that a group of Iranian passport-holders were clearly involved with highly lethal bombs in Bangkok, there is good reason to doubt that they were working for Iran’s IRGC or Hezbollah.

They spent their first three days in the country with Thai prostitutes at Pattaya. That profile suggests Iranian mercenaries, like the former kickboxer hired by Mossad to assassinate Iranian scientist Massoud Ali Mohammadi in January 2010, rather than Iranian or Hezbollah operatives.

In the larger context, it is very difficult to believe that Iran would have chosen New Delhi as the location for revenge against Israel, given the importance of India as a buyer of Iranian oil and India’s delicately balanced political-diplomatic position in the larger conflict.

India had just replaced China as Iran’s single biggest crude oil customer, having increased its imports to roughly 550,000 barrels a day in January, which compensated for a drop in sales to China.

And the government of Prime Minister Manmohan Singh had resisted pressure from the United States and Europe to reduce its purchases from Iran, even working with Iran to find ways to get around the planned sanctions against Iran’s National Bank. India’s Commerce Ministry was planning a large business delegation to Iran to discuss increased trade.

India had thus taken on the role of potential “spoiler” in the Western sanctions strategy against Iran. This central geopolitical reality prompted New Delhi’s “Economic Times” to ask, “Why would Iran go and poke its finger in the eye of its best customer, especially knowing full well that Israel will use even the flimsiest excuse to put the blame on it?”

Indeed, it was Israel, not Iran that stood to gain politically from the terrorist car bomb in Delhi. Israel was well aware that a terrorist bombing in Delhi that could be blamed on Tehran was a potential lever to change India’s policy toward Iran.

As an Israeli official told the Wall Street Journal, if India were to adopt Netanyahu’s position that Iran was responsible for the bombing, it would take the India-Iran relationship to “a whole different level”.

Nearly two weeks before the bombing, Israel acted to ensure that Indians would assume that a terrorist attack in Delhi on that date had been carried out by Iran.

A letter to the Delhi police on Feb. 1 signed by the Israeli Deputy Chief of Mission in Delhi and the First Secretary responsible for security expressed concern that Iran and Hezbollah would take revenge on the anniversary of the Mugniyeh assassination by carrying out terrorist actions against Israelis. It also referred to the possibility of Iranian revenge for the assassination of the Iranian nuclear scientist Mustafa Ahmadi Roshan on Jan. 11.

Although the letter did not specify that an attack might take place in Delhi, Mossad chief Tamir Pardo led a delegation of intelligence officials on a visit to Delhi around the same time and turned over a list of 50 Iranian nationals with the request that they be kept under surveillance.

The Israeli letter referred to an alleged Hezbollah terror plot against Israelis that had been broken up in Bangkok in January. But the idea of a Hezbollah plan to kill Israelis in Thailand had come only from Israeli intelligence – not from any local sources.

The Thai police detained Hussein Atris, a Swedish-Lebanese, in January only because Israeli intelligence officials had told them they “suspected” that he and two other Lebanese, whom they claimed were linked to Hezbollah, might carry out terrorist attacks at tourist sites popular with Israelis.

Atris admitted to owning large supplies of urea fertilizer and ammonium nitrate, which are ingredients in bombs, but Thai investigators concluded that they were not connected to any terror plot in Thailand, because of the absence of any other bomb components. The head of Thailand’s National Security Council, General Wichean Potephosree, a former chief of police, expressed doubt that Atris was a terrorist, as Israel had claimed.

After the Bangkok explosion, the Israelis renewed the claim of an Iran-Hezbollah terror threat in Bangkok, alleging that the bombs found in in all three capitals in mid-February were “exactly the same kind of devices.” But we now know that was not the case.

We may never be able to establish with certainty what happened in Delhi, Bangkok and Tbilisi earlier this month, but the evidence that has come to light thus far doesn’t support the widely accepted notion that Iran and Hezbollah were behind it.

That evidence is consistent, however, with a clever Israeli “false flag” car bombing operation that would not injure the passenger but would serve its broader strategic interests: dividing India from Iran and pushing U.S. public opinion further towards support for war against Iran.

Gareth Porter is an investigative historian journalist on US national security policy with a PhD in South-east Asian studies from Cornell University. He has taught international studies at City College of New York and American University and has written several books on Vietnam, including Perils of Dominance: Imbalance of Power and the Road to War (University of California Press, 2005). He has also written on war and diplomacy in Cambodia, Korea and the Philippines. [This article was originally published by AlJazeera]