Exclusive: Virginia’s Republican-controlled government is moving to enact extreme anti-abortion laws based on a doctrinal belief that human life begins at conception, even if that judgment conflicts with the personal beliefs of many state residents — the latest round of America’s “Religion Wars,” writes Sam Parry.

In a prescient 2005 book American Theocracy: The Peril and Politics of Radical Religion, Oil, and Borrowed Money in the 21st Century, Kevin Phillips warned about the dangers of the modern Republican coalition built on the three planks of 1) Big Oil, 2) the financialization of the highly leveraged American economy, and 3) the radical religious right.

That the American economy has been battered for years by soaring global oil prices and the financial meltdown of 2008 is now painfully obvious. Now the third plank the Great American Culture War is back in the forefront and seems likely to play a major role in the 2012 election. 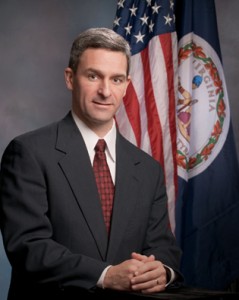 The fight over Planned Parenthood funding and the dust-up with Catholic bishops over birth control have dominated national headlines in recent days. But the unprecedented attacks on family planning and women’s reproductive freedom at the state level have flown largely under the radar.

Across the country, after the 2010 Republican electoral rout, which saw the GOP win 20 state chambers and pick up six governorships, states passed a record 92 laws restricting abortion access in 2011, more than twice as many as any previous year. And this month, after Republicans made big gains in the Virginia state legislature in last year’s off-year election, the Old Dominion is now poised to adopt two of the most controversial laws affecting reproductive choice anywhere in the country.

One bill would force women who want to get an abortion to undergo, regardless of their wishes and for no medical reason, a vaginal probe and sonogram. Another law would define life as beginning the moment a sperm cell and an egg cell unite. As a man, I can’t say for sure how I’d feel to have to experience a medically unnecessary vaginal probe without my consent. While I realize that under certain circumstances for instance to check for ovarian cancer or sometimes during pregnancy this procedure is not uncommon. Still, even when medically justified, consent is required.

Given that the new Virginia law would force this medically unnecessary procedure on women without their consent, it certainly sounds an awful lot like a form of rape.

But perhaps even more disturbing is the bill that would define life as starting at the moment a sperm cell fertilizes an egg. The House-passed bill proposes to give “unborn children at every stage of development all the rights, privileges, and immunities available to other persons, citizens, and residents of the Commonwealth.”

There are many practical problems with such a law, starting with how it would impact the use of hormonal birth control pills, which work by preventing a fertilized egg from embedding into the uterine wall, thus preventing the fertilized egg from having the chance to develop. There are also major questions about how the law would treat fertility clinics, which create and store thousands of embryos to help couples who are having trouble conceiving naturally. Would these stored embryos now have personhood status? And if so, would these clinics be permitted to discard unused embryos?

To take it even further, if these embryos are not allowed to be discarded and are stored for years, will a new law have to be passed exempting the frozen embryos from having to go to school at the age of five? Will it even be legal to store frozen embryos given that the act of freezing a living human could be considered cruel and unusual punishment? Will fertility clinics even be allowed to operate under such a law? It would be ironic that a law that purports to defend life could prevent couples who want kids but are having trouble conceiving on their own from having access to fertility services.

Or, what about laws restricting the use of alcohol or tobacco by minors? Will Virginia now lock up pregnant women who smoke or drink? Or, given that children in Virginia are required to use car seats until the age of eight, will pregnant women now be required to sit in the back strapped into a car seat? What about miscarriages? Given that studies have linked lifestyle choices like smoking and drinking and even health conditions like chromosomal damage and diabetes to increased risk of miscarriages, will women be tested for these risk factors before being allowed to conceive? And will they risk manslaughter charges if their behavior can be “blamed” for a miscarriage?

To take it a step further, why stop at fertilization? Why not define life as an individual egg or a sperm cell? These cells are very much “alive” in their own way. As we’ve all seen in videos of sperm cells under microscopes, they certainly wiggle and swim quite frenetically. And an unfertilized egg cell can “live” for 12-24 hours after it is released from the ovary.

These cells carry very nearly the same potential for life as an egg does at that moment of fertilization. Indeed the fight over contraception is at its core a fight over the rights of sperm cells to unite with egg cells. Some Catholic Bishops seem to want to take this issue in that direction already in their efforts to deny some women access to contraception. And what is an unfertilized egg anyway but an unconceived baby? Perhaps we should start mandating that married couples be required to conceive at every opportunity they have.

Maybe in order to ensure that every fertilized egg is carried to term and becomes a healthy baby, the state of Virginia should run genetic tests on its citizens to help determine the best possible matches to give those living fertilized eggs the best chance to make it all the way to full term. Should we start drafting the law now that allows the state to arrange proper marriages based on genetic testing and then ensures regular copulation and healthy pregnancies in bedrooms from the Potomac to Appalachia?

Once you start down these roads of legislating morality, where do you stop? Which religious teachings do we codify in law and which do we ignore? Clearly the state of Virginia and many other states going down the “right-to-life” path are willing to ignore teachings by other religious groups or the moral beliefs of the non-religious that don’t consider a zygote a human being. And Virginian lawmakers don’t seem to care about those who have deep religious objections to capital punishment or war or poverty.

The Catholic Church has taken a very strong stance on global warming and has repeatedly urged governments to take action to reduce climate pollution. Yet you never hear the pundits scream “War on Religion” when states like Virginia and its far-right Attorney General Ken Cuccinelli sue the Environmental Protection Agency for its climate policies.

Instead, these right-wing pontificators preach that America was founded on Judeo-Christian values and that U.S. laws should be based on these teachings. But, look closely at American history. First of all, while many — but certainly not all — of the Founding Fathers were religious, the foundation of the American form of government came from the Enlightenment and the philosophers of that era, many of whom were openly suspicious of and even opposed to religion.

The role of reason and rational thought in the pursuit of learning and truth was of paramount importance for many of the Founders as it was for many Enlightenment philosophers. (Perhaps the single-most influential figure inspiring the U.S. Constitution was the French political philosopher Montesquieu, who promoted the concept of separation of powers. America’s Founders also recognized the dangers of mixing religion and government, thus insisting on the separation of church and state as part of guaranteeing religious freedom.)

Though one can cite the Ten Commandants’ admonition “Thou Shalt Not Kill” and note that the principle is included in civil laws against murder let’s not kid ourselves, killing has been part of the American (and the Judeo-Christian) experience from the beginning. For instance, in Medieval Europe, landed nobles often put peasants, servants and slaves to death for committing relatively minor infractions, some that today wouldn’t even be considered crimes. Kings executed political rivals or subjects who had fallen out of favor.

During the Inquisition and Crusades, arbitrary murder and genocides were sanctified by Church leaders. Then, after Europeans arrived in the New World, the Native populations were decimated and enslaved. In the United States, American Indians were brutalized and killed by the hundreds of thousands as the nation spread “Judeo-Christian values” westward. African-American slaves brought across the Atlantic in chains were often worked to death. Those who ran away could be beaten or killed.

On the flip side, some civilizations that were not built on Judeo-Christian values had a much better record regarding the organized use of violence, or at least they were much less efficient in the practice. But that’s the problem with the “Religious Wars,” whether violent or political. They are based on dogma and bias — my side is right and your side is wrong — not empirical evidence and rational thought. At such moments, we let religious myths and individual faith define national debates.

And we allow a state government to pass a law that gives rights and privileges to tiny, microscopic clumps of cells, even while passing a law that would impose a form of rape on women who don’t share the same views about the morality of getting an abortion.

Welcome to the topsy-turvy world of American Theocracy.

← Triumphalism Over Talking
Lieberman Edges US to War with Iran →

12 comments for “Theocracy Comes to Virginia”