Even as Iran expresses new interest in negotiations over its nuclear program, neocons and others eager for a war for “regime change” seem to hope those peace prospects can be dismissed quickly, an issue that ex-CIA analyst Paul R. Pillar discusses.

The latest words on Iran and its nuclear program would lead one to believe that the Islamic republic is on the ropes and flailing away to keep from being knocked out.

The New York Times front-paged a story about Iran “frantically” respondingto the pressure of sanctions. The State Department’s spokeswoman dismissed as “hype” and nothing new Iran’s latest announced advances in their program. At the same time, the European Union has confirmed receipt of an offer from Iran of renewed talks with the West. 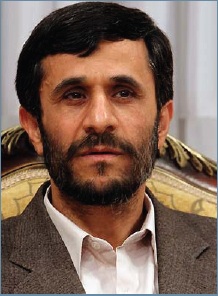 The on-the-ropes image is no more useful or accurate than the opposite image of Iran as a determined juggernaut forging ahead toward a bomb unless forcefully stopped.

If sanctions-related pressure has helped nudge Iran toward the negotiating table, good. If Iran’s progress in its nuclear program isn’t really anything to crow about, fine. But publicly dwelling on such dynamics or making them the foundation for a Western negotiating strategy will only increase the chance that negotiations will fail.

The “cry uncle” objective of pressuring Iran has never been realistic, as we should realize if we think about our own likely reaction if the roles were reversed. This is all about the basic negotiating principle that it takes two to make an agreement.

The triumphalist urge, encouraged by political discourse in which Iran is viewed as a beast to be bested, is one but only one of the impediments to success in any new round of talks between Iran and the P5+1. Another impediment is Western impatience, amid talk about windows of vulnerability and the like.

Another is an inability or unwillingness to distinguish Iranian bargaining positions from Iranian bottom lines. Iranians are consummate bazaaris, and reaching a bargain with them will take time. Yet another impediment is the ever-intensifying atmosphere of hostility and the prominent part that regime change plays in Western discourse about Iran.

A further problem is the narrowness of the Western agenda. The fixation on Iran’s nuclear program makes it easy to overlook how much a negotiation centered on that program represents a concession by Iran.

The role-reversed equivalent would be if the only thing Iran wanted to negotiate about was the Western nuclear weapons states’ disarmament obligations under Article VI of the Nuclear Nonproliferation Treaty.  Successful talks with Iran must address not only the West’s nuclear bugbear but also issues of concern to Tehran.

Then there is the eagerness of some elements in the United States to check off the negotiations box to be able to say that negotiations have “failed” and that recourse to force is necessary. Expect multiple declarations of failure before any new talks have ever had a chance to succeed.

← Which Way for the Occupy Protests?
Theocracy Comes to Virginia →

7 comments for “Triumphalism Over Talking”