Exclusive: Aided by Republican partisans on the U.S. Supreme Court, America’s ultra-rich are buying up the political process with vast sums of cash, some through dummy corporations. The money has made the GOP campaign nasty, but will dirty up President Obama in the fall, writes Robert Parry.

Watching the thunder and lightning of attack ads in the Republican presidential primaries is a glimpse of America’s political future, where wealthy titans will battle in a shifting war of rivalries and alliances fought far above the average American voter, whose only role will be to be swayed by which ad makes which candidate look the worst.

Today, the titans are fighting mostly among themselves as they select their GOP hero to send down to vanquish The Other, President Barack Obama. But Democrats shouldn’t take too much pleasure in the irony of Republicans tearing each other apart with unlimited corporation donations. Soon it will be Obama’s turn and if Democrats hope voters will see through all the negativity, they are naive. 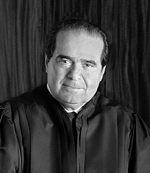 Modern advertising and sophisticated propaganda have proved they can prevail over reasoned thought, especially in a population saturated with media. And if money for ads wasn’t enough, Republicans are guaranteeing their advantage by investing more money, state by state, to put up roadblocks to voting by Democratic-leaning demographic groups.

Much of this predicament comes from the 2010 ruling by the U.S. Supreme Court in the Citizens United case. Five Republican partisans on the court struck down legal restrictions against unlimited corporate and union spending on political campaigns. Of course, with unions weakened and under assault, the justices knew that the biggest spenders would be the ultra-rich.

Thus, casino tycoon Sheldon Adelson almost singlehandedly revived the floundering campaign of former House Speaker Newt Gingrich by giving along with family members millions of dollars to Gingrich’s super-PAC “Winning Our Future.” Adelson and Gingrich also have made no secret about why. Adelson passionately supports Gingrich’s ultra-hard-line in favor of Israel and against Palestinian rights.

Adelson has praised Gingrich’s dismissal of the Palestinians as an “invented people” who have no legitimate claim to territory controlled by Israel. Adelson’s money and the nasty ads they bought were credited with helping Gingrich defeat former Massachusetts Gov. Mitt Romney in South Carolina.

However, Adelson has indicated that he might shift his allegiance and money to Romney in the general election against Obama, who is viewed with suspicion and disdain by Israel’s Right. Romney has largely handed his foreign policy to neocon ideologues. Both Gingrich and Romney also have taken extremely hawkish positions regarding Iran’s nuclear program, the issue at the top of Israel’s priority list.

Adelson seems intent on buying the White House for Israel’s Likud or at least making sure a staunch ally is in charge of the U.S. government. As one of the world’s richest men, he is ready to flood the nation’s televisions with ads that will make Obama look like America’s Enemy Number One.

Of course, Adelson is not alone. Wall Street executives and hedge-fund managers have been bankrolling Romney, in particular, counting on him to repeal the modest reforms that Congress approved after the 2008 financial collapse.
Vying for the same Wall Street money, Gingrich upped the ante by also promising to repeal an earlier reform law, signed by President George W. Bush, that required CEOs to vouch for the accuracy of their companies’ public disclosures.

Obama has his own super-PAC, but it is a piker when compared to the Republican super-PACs. The pro-Obama “Priorities USA” has raised $4.4 million compared to Romney’s “Restore Our Future” at over $30 million, and Karl Rove’s “American Crossroads” at over $18 million.

While noting that President Obama does lead his Republican rivals in donations to his campaign committee, New York Times correspondents Nicholas Confessore and Michael Luo wrote last week that “the money race is increasingly focused on outside groups that are legally not allowed to coordinate directly with campaigns but pay for advertising and other activities that support particular candidates.

“Most of the money disclosed this week went to independent groups supporting Republicans, giving them an enormous money advantage over similar Democratic groups in the first phase of the 2012 election cycle. The contributions have already helped the Republican Party’s elite donor class, who increasingly favor Mr. Romney, regain some control over the party’s nominating process.

On Monday, commenting on the power of this new political money, Washington Post columnist E.J. Dionne Jr. wrote, “We have seen the world created by the Supreme Court’s Citizens United decision, and it doesn’t work.

“Oh, yes, it works nicely for the wealthiest and most powerful people in the country, especially if they want to shroud their efforts to influence politics behind shell corporations. It just doesn’t happen to work if you think we are a democracy and not a plutocracy.”

End of the Road

Two years ago, in writing about the ruling and other related developments  I called the moment “US Democracy’s End of the Road,” a culmination of not only the Right’s cynical success in short-circuiting American democracy but also the Left’s miscalculations over several decades in undervaluing the need for media outreach to the people.

In January 2010, I noted that the combination of the Citizens United ruling and the dissolution of Air America, an attempt by progressives to challenge the Right’s dominance of talk radio, “had the feel of ‘game, set, match’” and that it was “hard to see a road back for American democracy.”

Beyond the massive investments by the Right in media over the past several decades, there was the parallel failure of the Left to build its own media-and-think-tank infrastructure to provide some counter-balance. That mistake was compounded by the bitter divisions between what might be called the “pragmatic” (or accommodating) Democrats and the “purist” (or principled) Left.

While that conflict had simmered since the days of the Vietnam War, it flared up in the crucial election of 2000 when a significant portion of the Left rallied behind Green Party candidate Ralph Nader who argued that there was “not a dime’s worth of difference” between Democrat Al Gore and his Republican rival, George W. Bush.

Though Nader ultimately polled only a couple of percentage points, the margin proved decisive in the key state of Florida where a statewide recount would have shown that Gore narrowly defeated Bush. But Bush was able to rely on his brother Jeb’s cronies in Florida and his father’s friends on the U.S. Supreme Court to deliver the White House back to the Bush Family.

In other words, Nader kept the vote total close enough for Bush to steal Florida and thus the presidency. The next eight years also demonstrated that there was more than a dime’s worth of difference between Bush and Gore, not only on important issues like global warming and preemptive war but on appointments to the U.S. Supreme Court.

The five key Republicans who put Bush in the White House Anthony Kennedy, Sandra Day O’Connor, William Rehnquist, Clarence Thomas and Antonin Scalia relied on an upside-down interpretation of the Fourteenth Amendment to block a Florida recount. But arguably they were more interested in making sure the power to fill court vacancies remained in the hands of a conservative Republican. The last thing they wanted was to lose their majority. [For details, see Neck Deep.]

Their success in blocking a full recount (which would have narrowly given Gore the White House) and instead handing the presidency to Bush meant that O’Connor and Rehnquist could be replaced by Samuel Alito and John Roberts, who then became key votes in the Citizens United decision.

Dionne wrote, “Two years ago, Citizens United tore down a century’s worth of law aimed at reducing the amount of corruption in our electoral system. It will go down as one of the most naive decisions ever rendered by the court.

“The Citizens United justices were not required to think through the practical consequences of sweeping aside decades of work by legislators, going back to the passage of the landmark Tillman Act in 1907, who sought to prevent untoward influence-peddling and indirect bribery.

“If ever a court majority legislated from the bench (with Bush’s own appointees leading the way), it was the bunch that voted for Citizens United. Did a single justice in the majority even imagine a world of super PACs and phony corporations set up for the sole purpose of disguising a donor’s identity?”

However, the court’s ruling may not have been naive at all. It may have been calculating, cynical and premeditated. The Republican justices may have realized just how important secret campaign money could be in getting the power to appoint future judges back in the hands of a political ally.