Exclusive: The U.S. press corps and “independent” American weapons experts got almost everything wrong about Iraq’s purported WMD before the U.S. invasion in 2003. Now, much the same cast is returning to interpret dubious intelligence about Iran’s nuclear program, reports Robert Parry.

The American public is about to be inundated with another flood of “expert analysis” about a dangerous Middle Eastern country presumably hiding a secret nuclear weapons program that may require a military strike, although this time it is Iran, not Iraq.

In the near future, you will be seeing more satellite photos of non-descript buildings that experts will say are housing elements of a nuclear bomb factory. There will be more diagrams of supposed nuclear devices. Some of the same talking heads will reappear to interpret this new “evidence.”

You might even recognize some of those familiar faces from the more innocent days of 2002-2003 when they explained, with unnerving confidence, how Iraq’s Saddam Hussein surely had chemical and biological weapons and likely a nuclear weapons program, too.

For instance, back then, former United Nations weapons inspector David Albright was all over the news channels, reinforcing the alarmist claims about Iraq’s WMD that were coming from President George W. Bush and his neocon-dominated administration. 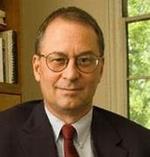 Today, Albright’s Institute for Science and International Security (ISIS) is issuing a flurry of alarmist reports about Iran’s nuclear bomb progress, often accompanied by the same kind of satellite photos and diagrams that helped persuade many Americans that Iraq must possess unconventional weapons that turned out to be fictitious.

For instance, in the run-up to war in Iraq, Albright co-authored a Sept. 10, 2002, article entitled “Is the Activity at Al Qaim Related to Nuclear Efforts?” which declared, “High-resolution commercial satellite imagery shows an apparently operational facility at the site of Iraq’s al Qaim phosphate plant and uranium extraction facility (Unit-340), located in northwest Iraq near the Syrian border. This site was where Iraq extracted uranium for its nuclear weapons program in the 1980s.

“This image raises questions about whether Iraq has rebuilt a uranium extraction facility at the site, possibly even underground. Unless inspectors go to the site and investigate all activities, the international community cannot exclude the possibility that Iraq is secretly producing a stockpile of uranium in violation of its commitments under Security Council resolutions. The uranium could be used in a clandestine nuclear weapons effort.”

Albright’s nuclear warning about Iraq coincided with the start of the Bush administration’s propaganda campaign to rally Congress and the American people to war with talk about “the smoking gun in the form of a mushroom cloud.”

Though Albright eventually grew skeptical about the alleged resurrection of an Iraqi nuclear program, he remained a firm believer in the Bush administration’s claims about Iraq’s supposed chemical and biological weapons programs as justification for the March 2003 invasion.

In summer 2003, after the promised WMD caches proved non-existent, the journalism watchdog group FAIR published a study by Seth Ackerman looking at the American press corps’ gullibility and citing the role of weapons experts like Albright.

Entitlted “The Great WMD Hunt,” the article said, “In part, journalists absorbed their aura of certainty from a battery of ‘independent’ weapons experts who repeated the mantra of Iraq concealment over and over. Journalists used these experts as outside sources who could independently evaluate the administration’s claims. Yet often these ‘experts’ were simply repeating what they heard from U.S. officials, forming an endless loop of self-reinforcing scare mongering.

“Take the ubiquitous David Albright, a former U.N. inspector in Iraq. Over the years, Albright had been cited in hundreds of news articles and made scores of television appearances as an authority on Iraqi weapons. A sample prewar quote from Albright (CNN, 10/5/02): ‘In terms of the chemical and biological weapons, Iraq has those now. How many, how could they deliver them? I mean, these are the big questions.’”

FAIR added: “But when the postwar weapons hunt started turning up empty, Albright made a rather candid admission (L.A. Times, 4/20/03): ‘If there are no weapons of mass destruction, I’ll be mad as hell. I certainly accepted the administration claims on chemical and biological weapons. I figured they were telling the truth. If there is no [unconventional weapons program], I will feel taken, because they asserted these things with such assurance.’”

Albright’s official biography at ISIS, which he founded and still heads, also boasts about his media influence: “The media frequently cite Albright, and he has appeared often on television and radio. A National Journal profile in 2004 called him a ‘go-to guy for media people seeking independent analysis on Iraq’s WMD programs.’”

The list of media outlets that relied on Albright is indeed impressive, as the bio reports:

Yet, when the Washington Post cited Albright on Monday, as the key source of a front-page article about Iran’s supposed progress toward reaching “nuclear capability,” all the history of Albright’s role in the Iraq fiasco disappeared. The article by Joby Warrick stated:

“Beginning early in the last decade and apparently resuming, though at a more measured pace, after a pause in 2003, Iranian scientists worked concurrently across multiple disciplines to obtain key skills needed to make and test a nuclear weapon that could fit inside the country’s long-range missiles, said David Albright, a former U.N. weapons inspector who has reviewed the intelligence files.

“‘After 2003, money [in Iran] was made available for research in areas that sure look like nuclear weapons work but were hidden within civilian institutions,’ Albright said.”

The Post reported that key elements of this foreboding analysis come from a soon-to-be-released IAEA report, but the Post relied on Albright for emphasis and interpretation. The article said:

“Some of the highlights were described in a presentation by Albright at a private conference of intelligence professionals last week. PowerPoint slides from the presentation were obtained by The Washington Post, and details of Albright’s summary were confirmed by two European diplomats privy to the IAEA’s internal reports.

“Albright said IAEA officials, based on the totality of the evidence given to them, have concluded that Iran ‘has sufficient information to design and produce a workable implosion nuclear device’ using highly enriched uranium as its fissile core. ‘The [intelligence] points to a comprehensive project structure and hierarchy with clear responsibilities, timelines and deliverables,’ Albright said, according to the notes from the presentation.”

The Post cited Albright as describing a key breakthrough for Iran when it obtained the design for an R265 generator, “a hemispherical aluminum shell with an intricate array of high explosives that detonate with split-second precision. These charges compress a small sphere of enriched uranium or plutonium to trigger a nuclear chain reaction.”

The Post reported that the IAEA had received intelligence claiming that a former Soviet nuclear scientist, Vyacheslav Danilenko, explained to Iranian scientists how to develop and test an explosion needed to detonate a nuclear warhead. However, one source told the Post that Danilenko’s work was limited to civilian engineering projects.

The Post doesn’t spell out where the new IAEA intelligence originated, but the New York Times reported that “some of that information came from the United States, Israel and Europe.” Israeli leaders have been trying to rally public support for a bombing campaign against Iran’s nuclear facilities, while Iran remains deeply unpopular with U.S. and European officials.

Today’s IAEA also is not the same organization that bucked the Bush administration’s intelligence regarding Iraq’s supposed nuclear weapons program.

As former CIA analyst Ray McGovern wrote on Feb. 21, 2010, the new IAEA chief, Japanese diplomat Yukiya Amano, had “huge shoes to fill when he took over from the widely respected Mohamed ElBaradei, [who] had the courage to call a spade a spade and, when necessary, a forgery a forgery, like the documents alleging that Iraq had sought yellowcake uranium in Niger.”

Citing the contrast between ElBaradei’s expertise and reputation and that of the less known Amano, McGovern added, “lacking gravitas, one bends more easily. It is a fair assumption that Amano will prove more malleable than his predecessor, and surely more naive.”

Now, it appears that Amano’s IAEA has accepted intelligence information from Israel and other enemies of Iran in preparing a report that is sure to add fuel to the fire for a possible military confrontation with Iran. Republican presidential hopefuls are already lining up to beat the war drums and accuse President Barack Obama of softness on Iran.

CIA analysts are sure to come under new pressure to back away from an important National Intelligence Estimate from 2007 which concluded that the Iranians had halted work on a nuclear weapons program in 2003. President Bush said the NIE tied his hands when he was considering a military attack on Iran before he left office.

Official Washington’s animus toward Iran also continues to be reflected in the intense interest over Iran’s nuclear program, which Iranian officials insist is only for peaceful purposes, compared to the usual silence over Israel’s actual nuclear-weapons arsenal.

Not only do the Washington Post and New York Times routinely leave out the existence of the Israeli arsenal of possibly hundreds of atomic bombs when writing stories about Iran conceivably building its first, but experts like Albright also largely ignore the former while obsessing on the latter.

Albright’s ISIS has published 36 reports about Iran in the past 12 months alone, compared to only three items on Israel over the past decade, according to the ISIS Web site.

It is that sort of even-handedness that Americans can expect in the next days and weeks as the U.S. news media again consults with its favored “experts” as both groups reprise their pre-Iraq War role on WMD, this time on Iran.

← The Risk of the ‘Cheap’ Libya Victory
When Guns Defeat Butter →

22 comments for “An Iraq-WMD Replay on Iran?”