After discovering that the host of an opera program had joined pro-democracy protests in Washington, NPR decried the woman’s ethics and got her ousted from one job. But the opera show refused to buckle, so NPR dropped it from national distribution, as activist David Swanson reports.

On Friday, NPR’s PR flack was haranguing me on the phone about how NPR had nothing to do with getting Lisa Simeone fired from hosting an independent radio program called Soundprint. This was despite NPR having gone public with its concerns that Simeone’s participation in “Occupy DC” events was “unethical.”

In firing Simeone, Soundprint had referenced NPR’s “ethics” rules, and NPR had made clear its intention to get Simeone removed from America’s airwaves. But I acknowledged that I had no evidence that NPR had directly contacted Soundprint. 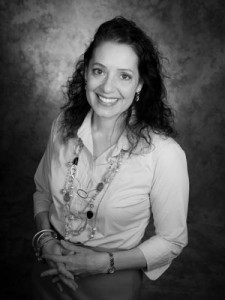 But World of Opera is a different story. I just read that NPR has dropped distribution of World of Opera, a program produced by WDAV which contracts with Simeone to host it. NPR spokeswoman Dana Davis Rehm said the network dropped the program after the station refused to fire Simeone.

“Our view is it’s a potential conflict of interest for any journalist or any individual who plays a public role on behalf of NPR to take an active part in a political movement or advocacy campaign,” Rehm told The Associated Press. “Doing so has the potential to compromise our reputation as an organization that strives to be impartial and unbiased.”

“We’re in conversations with WDAV about how they intend to handle this. We of course take this issue very seriously.”

In NPR’s view, the issue apparently is Simeone participating in a democratic society instead of backing a corporate agenda like big-shot NPR hosts who opinionate on Fox, in op-eds, and at big business speaking events for big bucks.

Mara Liasson can opinionate on Fox News while providing an objective god’s-eye view on NPR.  Scott Simon can publish opinion columns in corporate newspapers while reporting the facts. Cokie Roberts can take corporate speaking fees that could cover most people’s mortgages without being perceived as in any way tarnished.

But Lisa Simeone cannot introduce operas while having taken the unforgivable step of supporting a nonviolent movement on behalf of the lower 99 percent of us.

On Thursday morning, Simeone was told to be on a phone call with NPR and WDAV, but NPR canceled the call without telling her, as she waited by the phone.

NPR’s Anna Christopher Bross told me that NPR spoke with WDAV about how to handle Simeone, going through many possible scenarios. She said NPR has been completely transparent. But when I asked her what any of the scenarios were, she refused to say.

I asked if one of them was the only one anyone has discussed, namely firing Simeone, and she wouldn’t say.

But the announcement by WDAV was “Ms. Simeone remains the host of World of Opera.” The station’s decision was not to fire her. NPR also announced that “Classical public radio station WDAV says Lisa Simeone will continue to host World of Opera.”

So, unable to get Simeone fired, a decision which NPR would have surely blamed entirely on WDAV, our public radio thugs have taken the only approach left to them in order to make sure people who support the political efforts of the poor are kept out of public sight: NPR dropped World of Opera from NPR’s distribution.

After NPR’s decision, WDAV announced that it will be distributing World of Opera on its own. WDAV merits our strong support, Soundprint deserves its full share of condemnation and NPR has lowered itself to the bottom rung of our communications system. Despicable.

David Swanson is the author of War Is A Lie. [This article originally appeared at warisacrime.org]