Exclusive: One not-so-funny fact about Washington is that nearly all the news media stars who fell for neoconservative falsehoods about Iraq are still around to fall for new ones on Iran, even some like Richard Cohen who briefly regretted his earlier gullibility, notes ex-CIA analyst Ray McGovern.

Paul R. Pillar, my former colleague in the CIA’s analytical division, has raised a warning flag, cautioning that the same imaginative neocon composers who came up with the various refrains on why we needed to attack Iraq are now providing similar background music for a strike on Iran.

He is right. And as one of my Russian professors used to say, “This is nothing to laugh!”

Pillar’s piece dissecting an op-ed by the Washington Post’s Richard Cohen about the alleged Iranian plot to kill the Saudi ambassador to Washington first appeared on The National Interest Web site. On Oct. 21, it was posted at Consortiumnews.com under the title “Sloppy Iran Think by WPost’s Cohen.”

The Cohen column that Pillar critiques is entitled “The alarm bells behind Iran’s alleged assassination plot.” Yet Cohen’s “alarm bells” ringing now about Iran brought a painful reminder of all the alarms he and his colleagues sounded in cheerleading for the attack on Iraq in 2002 and 2003.

Cohen was one of the many big-name opinion leaders to put on the pompoms after Secretary of State Colin Powell gave his deceptive Iraq War speech to the United Nations on Feb. 5, 2003. Joining a cheerleading pyramid of pro-war consensus, Cohen mocked anyone who still doubted that Saddam Hussein possessed hidden WMD stockpiles. 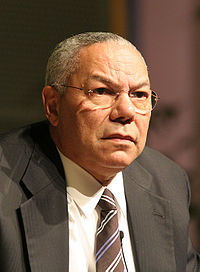 “The evidence he [Powell] presented to the United Nations some of it circumstantial, some of it absolutely bone-chilling in its detail had to prove to anyone that Iraq not only hasn’t accounted for its weapons of mass destruction but without a doubt still retains them,” Cohen wrote. “Only a fool or possibly a Frenchman could conclude otherwise.”

However, six weeks after the Iraq invasion, with not one WMD stockpile discovered, Cohen’s conscience may have begun to trouble him a bit. To his credit, I suppose, Cohen seems to have been embarrassed enough to fess up, sort of, using the device of an apocryphal conversation with his long-dead grandfather.

In an April 29, 2003, column entitled “Baghdad Bait and Switch,” Cohen recounted a middle-of-the-night visit by Grandpa, who is not at all pleased with his grandson’s credulity about President George W. Bush’s case for war.

“You think maybe you got snookered?” Grandpa asks. “For this your mother sent you to college? For this you fight a war?

“I read the column where you said that [‘Saddam Hussein was like another Hitler’]. All my friends said, ‘This is your grandson, the hotshot columnist? This is the guy people read so they should know what to think?’

“Hitler? Hitler was a threat to the world. Saddam threatened only his own people. He fought for only 26 days. I had longer fights with your grandmother.

“You know what we used to call this when I was in retail? Bait and switch. I hope everything turns out hunky-dory, like you’ve been writing. Otherwise, you should have been an accountant.”

Cohen’s column about the imaginary upbraiding he got from his grandfather ran two days before President Bush jetted onto a U.S. aircraft carrier off the coast of California and gave his memorable “Mission Accomplished” address.

One might think that a columnist who got something as wrong as Cohen did would have the decency to admit that Grandpa was right and switch professions.

After all, endorsing the falsehoods that led to an aggressive war in violation of international law an invasion that led to hundreds of thousands of dead and the squandering of $1 trillion or so isn’t exactly a minor mistake.

But Cohen apparently found safety in numbers. The fact that he was surrounded by scores of other big-name media stars who had fallen for the same “bait-and-switch” scam meant that he kept his place as a major national columnist and soon returned to his comfortable role defending the war policies of Bush and Vice President Dick Cheney.

For instance, in a June 19, 2007, op-ed, Cohen rallied to the defense of Cheney’s former chief of staff I. Lewis Libby who had been sentenced to 30 months in jail for perjury and obstruction of justice for lying about his role in unmasking covert CIA officer Valerie Plame.

The destruction of Plame’s career was collateral damage resulting from the Bush administration trying to discredit her husband, former Ambassador Joseph Wilson, for criticizing Bush’s use of a misleading claim about Iraq seeking uranium from Africa.

But Cohen showed no sympathy for Wilson or Plame, two patriotic citizens who had been personally targeted by Cheney and the White House. Cohen worried only about Libby.

In the column, Cohen denounced the trial as “a mountain out of a molehill.” Following the neocon propaganda themes on the Plame case, Cohen concluded there was no “underlying crime” and poked fun at Americans who thought the invasion of Iraq might have been a bad idea.

“They thought if ‘thought’ can be used in this context that if the thread was pulled on who had leaked the identity of Valerie Plame to Robert D. Novak, the effort to snooker an entire nation into war would unravel and this would show . . . who knows? Something,” Cohen wrote.

Cohen also sympathized with Cheney over his enthusiasm for torturing Muslim detainees. In a May 11, 2009, column entitled “What If Cheney’s Right?” Cohen justified “enhanced interrogation techniques,” including the near-drowning tactic of waterboarding, as worthwhile in eliciting important intelligence information and thus saving American lives.

Starting the column, Cohen made light of the whole issue of torture with the quip, “Blogger Alert: I have written a column in defense of Dick Cheney.”

While conceding that torture is morally wrong, Cohen wrote, “where I reserve a soupÃ§on of doubt is over the question of whether ‘enhanced interrogation techniques’ actually work. That they do not is a matter of absolute conviction among those on the political left, who seem to think that the CIA tortured suspected terrorists just for the hell of it.”

Cohen noted that Cheney through his declaration that critical intelligence was extracted by these means “poses a hard, hard question: Is it more immoral to torture than it is to fail to prevent the deaths of thousands?”

With unintended irony, the columnist regretted that Cheney’s credibility on torture had been dinged by the fact that his pre-Iraq War claims had proved false, like his insisting “that ‘the evidence is overwhelming’ that al-Qaeda had been in high-level contact with Saddam Hussein’s regime when the ‘evidence’ was virtually non-existent.”

What Cohen left out was the very relevant point that precisely those claims of a Saddam-al-Qaeda connection resulted from a coerced confession from one of the CIA’s “high-value detainees,” Ibu al-Sheikh al-Libi.

A June 2002 CIA report cited claims by al-Libi that Iraq had “provided” unspecified chemical and biological weapons training for two al-Qaeda operatives. Al-Libi’s information was then inserted into a November 2002 National Intelligence Estimate.

Al-Libi’s false claim which he later said he offered to escape torture also found its way into Cheney’s public presentations and into Powell’s UN speech. But Cohen did not deign to mention this inconvenient fact in his column defending these harsh tactics.

On Oct. 6, 2009, Cohen was back serving the neocon cause, baiting President Barack Obama into a major military escalation in Afghanistan, through an opinion piece entitled “Does Obama Have the Backbone?” questioning Obama’s mettle as a war president.

“The war in Afghanistan is eminently more winnable than was Vietnam,” Cohen wrote. “Still, the war will require more than a significant commitment of troops and, of course, money. It will take presidential leadership, a consistent staying of the course an implacable confidence that the right choice has been made despite what can be steep costs.”

So, perhaps it should come as no surprise that Richard Cohen is now helping to set the stage for another war with Iran.

Quick! Someone conjure up Cohen’s grandfather again. We need him to pin back Richard’s ears once more before the gullible grandson falls for a new round of neocon propaganda and enables another catastrophic war.

Ray McGovern works with Tell the Word, a publishing arm of the ecumenical Church of the Saviour in inner-city Washington. An Army officer and then CIA analyst for a combined total of 30 years, he is now on the Steering Group of Veteran Intelligence Professionals for Sanity. (VIPS)

← Selling Out the Tea Partiers
NPR Retaliates Against Opera Show →