In prison death chambers, the state is willing to quite literally reenact a practice from some of the country’s bloodiest history, writes Mark M. Smith. 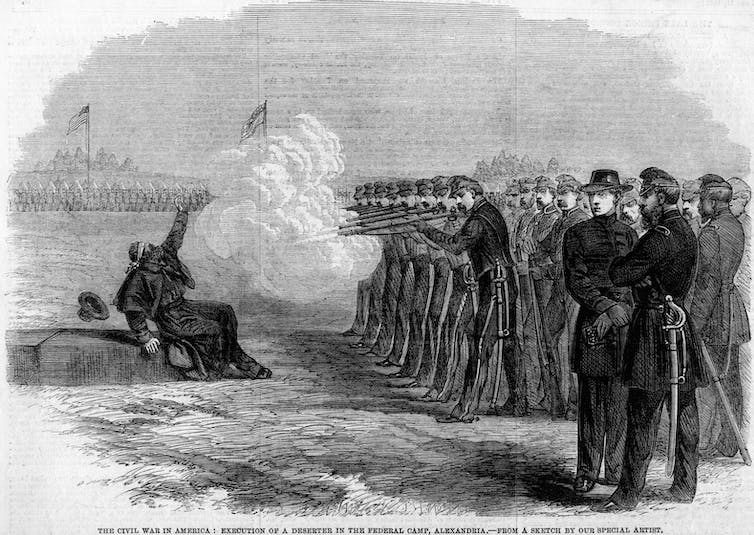 An illustration of a deserter being executed by a firing squad at the Federal Camp in Alexandria during the American civil war. (Kean Collection/Getty Images)

Americans have an appetite for reenacting the past, especially the battles of the U.S. Civil War, which took place from 1861 to 1865.

Every year, in an effort to relive something of the nation’s bloodiest war, thousands don blue and gray uniforms and gather on fields where the distant echoes of war have since faded.

There are dozens of Civil War reenactments in the U.S. every year. Participants take them very seriously. Food, uniforms, even the smells of war – all are recreated to lend authenticity to the events. Only the bullets and shells are not “real.”

Now, the U.S. reenactment community has a potential new member: the state of South Carolina.

That’s courtesy of the state’s decision in 2021 to allow its inmates on death row the option of execution by firing squad. With that move, South Carolina has elected to deploy a form of capital punishment not used in the state since the Civil War. 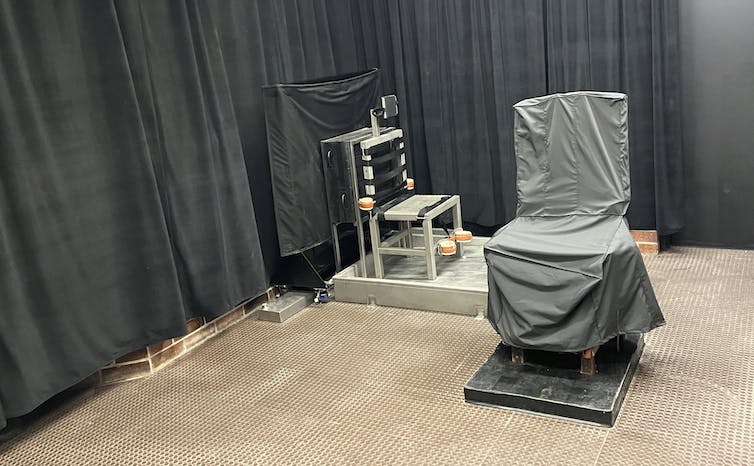 Target Over His Heart

The reason South Carolina adopted the firing squad is straightforward: The state apparently has trouble securing enough lethal injection drugs to execute prisoners. That leaves the electric chair as an option. And now the firing squad.

The firing squad method has yet to be used and is currently under appeal at the state Supreme Court. I am an expert witness in this case and a historian of the Civil War.

South Carolina’s Department of Corrections has drafted firing squad protocols. The firing squad will be made up of three members drawn from prison staff. They will be behind a wall, all three of their rifles loaded with live ammunition and aimed at the inmate through an opening in the wall.

At this point, the warden will read the execution order aloud. Members of the squad will then fire their rifles. After the inmate is declared dead, witnesses leave.

Only four states currently have it on the books: South Carolina, Mississippi, Oklahoma and Utah. Only Utah has used it as an actual execution method. Since 1976, just three executions have been carried out by firing squad in Utah.

Execution by firing squad has, in fact, never been common in U.S. history. While the term “firing squad” can be found in U.S. newspapers before the Civil War, the phrase was usually used to describe a different custom, akin to a salute, when guns were fired into the air to honor an individual of note after death.

The use of the firing squad was also rare during the Civil War. It was used principally to punish soldiers who deserted from either the Union or Confederate Army.

According to Thomas P. Lowry and Lewis Laska’s 2009 study “Confederate Death Sentences: A Reference Guide,” of the 26,015 Union soldiers tried for desertion, approximately 1,243 of them, or 4.8 percent, were sentenced to die by firing squad; 12.4 percent of Confederate soldiers tried for desertion in the Army of Northern Virginia were sentenced to death by this method.

Besides the executions in Utah, there are no instances of the firing squad being used in the U.S. following the Civil War. It was an exclusively military form of punishment.

Because the firing squad was designed to deter deserters during the war, it was often carried out in a ritualized manner. It was almost always done publicly, and it was done with the explicit intention of instilling terror.

The similarities between Civil War firing squads and those proposed by the state of South Carolina are striking.

Like the guards drawn from the prison, the Civil War firing squad was selected from the ranks of soldiers. They typically carried out the punishment at the command of an assistant provost marshal or provost marshal, who is an army officer in charge of the military police. 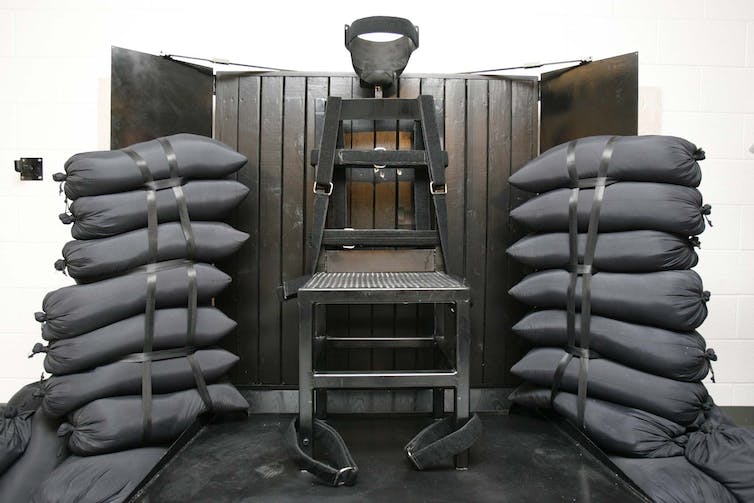 There were, of course, differences between then and now. Not all firing squad soldiers during the Civil War had live ammunition. One rifle could be blank, sparing even these war-hardened soldiers the knowledge of having killed an unarmed man.

In general, the firing squad took place in a public location, like a road, a town square or a battlefield. Plainly, this is not the case in the proposed South Carolina blueprint, although reporters were at the scene of Civil War executions and a member of the press will be allowed to witness firing squad executions in South Carolina.

Some comparisons remain elusive. Will the South Carolina firing squad offer an immediate, painless death? We know that Civil War firing squads were not always immediately effective. For example, according to an 1864 report of a firing squad execution published in The Vicksburg Herald, one soldier from the 49th Regiment Colored Infantry “had to be dispatched by pistol, immediate death not resulting from the wounds by the muskets.”

Will the inmate suffer psychologically and emotionally when executed in South Carolina? Again, the Civil War provides clues. Harper’s Weekly said of an 1863 mass firing squad execution: “They all suffered terribly mentally, and as they marched to their own funeral they staggered with mortal agony like a drunken man.”

Witnesses could also find the spectacle difficult to watch. According to The Louisville Daily Journal in 1863, “The scene was now becoming painful to the spectators, and many turned away, not wishing to witness more of the awful ceremony.” Sometimes soldiers charged with firing the deadly rounds deliberately missed their target, the burden of killing in this fashion proving too much.

Civil War re-enactors know the limits of what they do. They do not attempt to recreate the fatal 1864 sinking of the Confederate H.L. Hunley submarine in Charleston Harbor; neither do they attempt to recreate deadly monthlong sieges, such as the one at Vicksburg in 1863. Nor do they reenact firing squad executions.

Yet the state of South Carolina is willing to quite literally reenact a practice from some of the country’s bloodiest history — a practice that some soldiers, even in the middle of the greatest carnage this nation has experienced, found themselves unable to engage in.

← WATCH: The US War Against Assange
US Corporate Prosecutions Hit Low in 2022 Under Biden →