The author finds herself getting attacked on Twitter for an article she wrote in 2018 about a CNN interview with a child about the Syrian war. 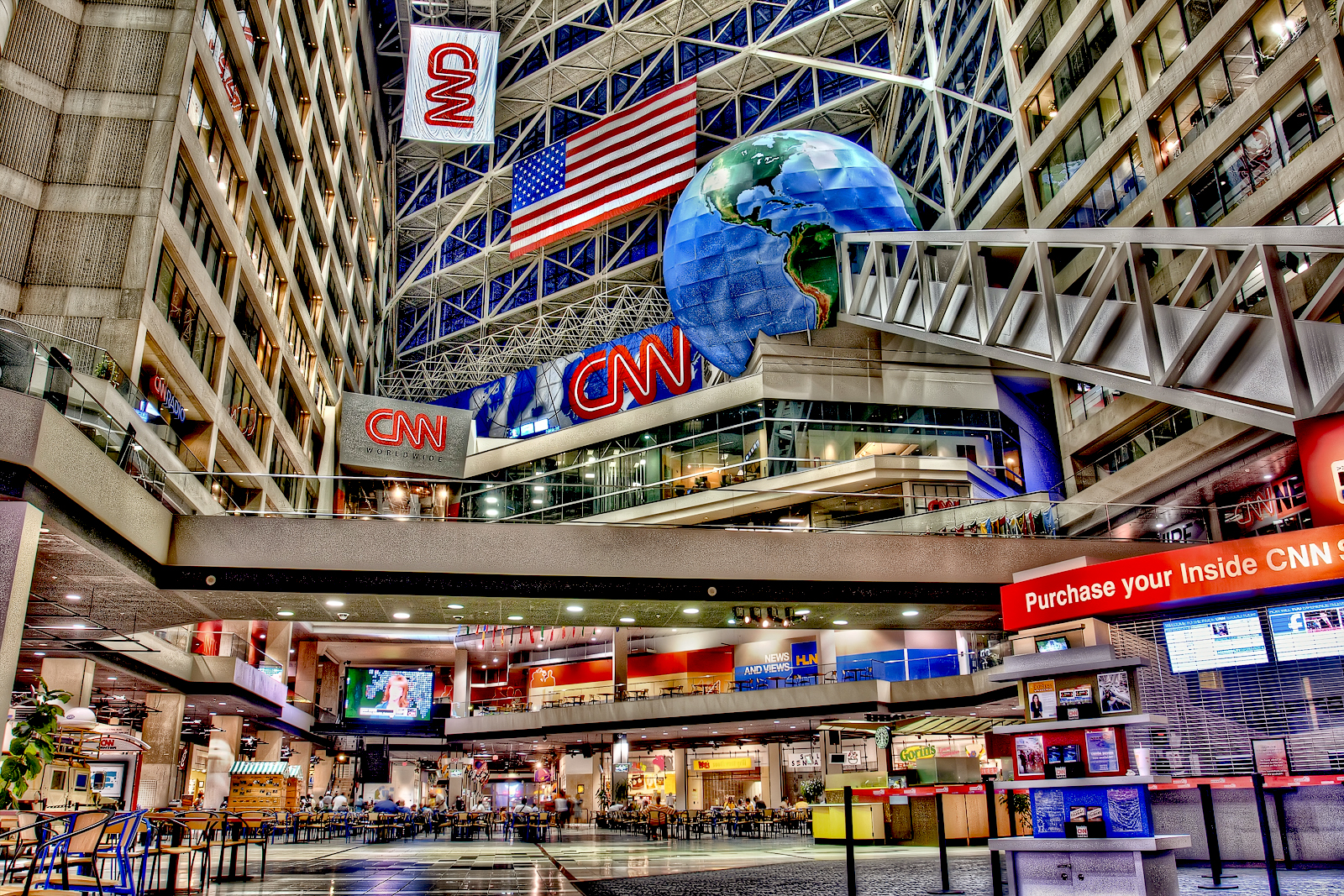 There’s a thread going around on Twitter by Columbia University’s Sophie Fullerton advancing the claim that I have promoted crazy conspiracy theories about child “crisis actors” in Syrian war atrocities. Fullerton has me blocked on Twitter so I can’t respond to her there, but in her thread she brings up one of the most egregious instances I’ve ever seen of U.S. war propaganda in the mass media, so it’s worth taking some time to unpack her claims here as a public service.

Fullerton has written for The Washington Post slamming social media users who travel to Syria and dispute the official mainstream narrative about what’s been happening in that country, and has served as an expert analyst in a Daily Beast hit piece on the progressive Gravel Institute for their scrutiny of U.S. warmongering. So it’s fair to call her a spinmeister on the side of the U.S. empire, and it’s probably fair to predict that her young career will bring her tremendous success and mainstream elevation as a result of this.

“It takes a special kind of evil to see what happened yesterday in Dnipro and immediately start doing PR for the perpetrator,” Fullerton tweets, with a screenshot of me saying it’s deceitful for people to talk about the Russian invasion of Ukraine without also talking about the ways the U.S. empire provoked and benefits from this war. “It should come as no surprise that this account built a following out of claiming Syrian children impacted by Assad/Russia atrocities were crisis actors,” she adds.

Here Caitlin attacks Bana al-Abed, a child from Aleppo who spoke out against Assad and Russia’s siege on the city. pic.twitter.com/ooSZkOykur

Fullerton’s thread has gained a lot of traction because it has been amplified by Olga Lautman, a senior fellow at the imperialist think tank Center for European Policy Analysis (CEPA) with a large following.

Fullerton uses the phrase “crisis actors” to evoke the image most people have of that term and what it means: conspiracy theories about people pretending to have been wounded or otherwise involved in a false flag mass shooting or bombing incident, particularly Alex Jones’ infamous claims about the victims in the Sandy Hook Elementary school shootings in Newtown, Connecticut.

Google defines “crisis actor” as “a person who takes part in a supposed conspiracy to manipulate public opinion by pretending to be a victim of an event such as a bombing, mass shooting, or natural disaster.” Imperial spinmeisters have a history of using the phrase “crisis actors” to smear skeptics of dubious claims by the U.S. empire about what’s been happening in Syria as crazy conspiracy theorists who are the same as Sandy Hook deniers.

But for her evidence of my “crisis actors” conspiracy theorizing, Fullerton cites something very different from any such claim. She cites an article I wrote in 2018 titled “That Time CNN Staged A Fake Interview With A Syrian Child For War Propaganda,“ and revealingly she includes only a screenshot of the top of the article rather than providing a link. She did this because the arguments made in the article are unassailable and she doesn’t want people to see them.

In 2017 CNN conducted a fraudulent interview with a 7-year-old Syrian child named Bana Alabed, whose name had earlier been popularized by a Twitter account operated by an adult calling for U.S. interventionism in Syria to overthrow President Bashar al-Assad.

I know the interview was fraudulent not because I’m some kind of dogged investigative journalist who spent months digging into the facts and the sources, but because I watched the interview. It is plain as day that the child was either reading or reciting words that had been prepared for her, and every comment I can see on CNN’s YouTube share of the segment agrees with this assessment.

To the best of my knowledge, no serious attempt has ever been made by anyone to dispute this.

Fullerton claims that my article “attacks Bana al-Abed,” but if you actually read my article you will see that what I am in fact attacking is CNN for staging a bogus interview with a child who is clearly reading or reciting words authored by an adult, and CNN’s Alisyn Camerota for playing along with this sham.

My article at no time mentions the phrase “crisis actor” (pretty sure I’ve never even used those words except in reference to claims made by other people), and it is quite obvious from the child’s awkward recitations in her CNN appearance that she is not an actor by nature.

No intellectually honest person with any sense of normal human speech will ever claim that this interview was anything but scripted. And, I mean, of course it is. A CNN anchor asked a 7-year-old child for her opinions on who is responsible for a chemical weapons attack on Syria and repeatedly asked her for her perspective on the highly complex and multifaceted conflict in her country. The only way you’re going to get answers to those questions from a child that age is if you feed them to her. This shouldn’t be a controversial thing to say.

But even if you accept on faith the idea of a 7-year-old child conducting off-the-cuff military analysis and geopolitical punditry on cable television, it is evident from the video that that isn’t what’s happening. She not only speaks like someone with no acting experience reading from a script, she sounds like someone who is not fluent in English simply sounding out English words phonetically.

Which would make sense, because other video evidence indicates that she did not speak English very well around the time of her CNN appearance:

Irrefutable proof that Bana does not know any English. Not even the simplest possible English. What a scam! #Syria pic.twitter.com/ytOc9ieb4R

In footage from an interview in Turkey (from where, according to the CNN chyron, Alabed also conducted the Camerota interview), Alabed is asked in English if she likes the food in Istanbul. She replies “Yes,” and when asked what food she likes, Alabed replies “Save the children of Syria.” Her mother says something to her, and then Alabed replies, “Fish.”

She did not understand the question. But Sophie Fullerton wants you to believe this child was engaging in adult-level conversation about complicated ideas on CNN, in fluent English.

Again, this is not an attack on a Syrian child. It would be insane and ridiculous to expect a 7-year-old Syrian to be fluent in English and to be able to articulate highly advanced analysis about what’s been happening in her native country, so I am of course not criticizing her inability to do so. I am absolutely criticizing the war propagandists who put her up to it, though, and I am absolutely criticizing those who run apologia for their having done so.

The U.S.-centralized empire’s dirty war on Syria has had many atrocious elements to it over the years, and an abundance of propaganda and spin have been used to facilitate them. But never has it been so in-your-face brazen as when CNN staged a plainly fraudulent interview with a small child.

Caitlin Johnstone’s work is entirely reader-supported, so if you enjoyed this piece please consider sharing it around, following her on Facebook, Twitter, Soundcloud, YouTube, or throwing some money into her tip jar on Ko-fi, Patreon or Paypal. If you want to read more you can buy her books. The best way to make sure you see the stuff she publishes is to subscribe to the mailing list at her website or on Substack, which will get you an email notification for everything she publishes.  For more info on who she is, where she stands and what she’s trying to do with her platform, click here. All works are co-authored with her American husband Tim Foley.