Increasingly, writes Vijay Prashad, NATO, with operations based in Norway, is replacing the Arctic Council as a decision-making authority in the region 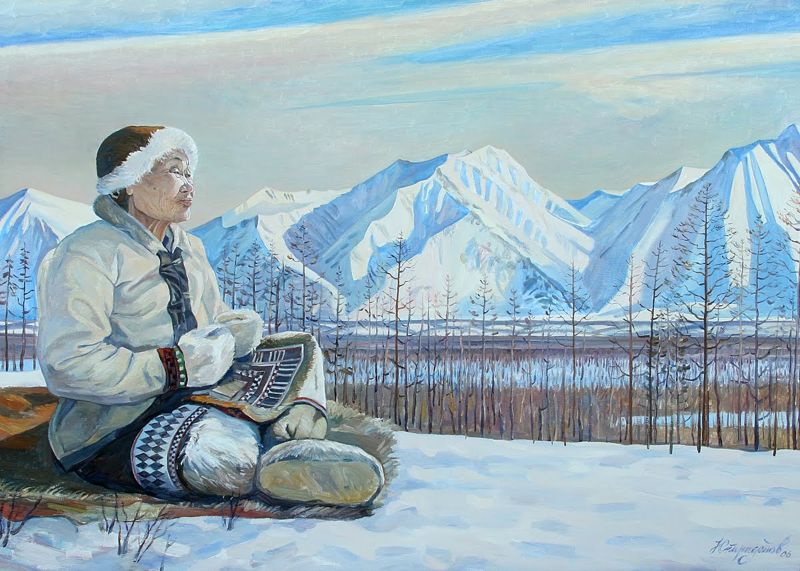 In 1996, the eight countries on the Arctic rim — Canada, Denmark, Finland, Iceland, Norway, Russia, Sweden and the United States — formed the Arctic Council, a journey that began in 1989 when Finland approached the other countries to hold a discussion about the Arctic environment.

The Finnish initiative led to the Rovaniemi Declaration (1991), which established the council’s precursor, the Arctic Environmental Protection Strategy.

The main concern for these governments at the time was the impact of “global pollution and resulting environmental threats” to the Arctic, which was destroying the region’s ecosystem.

There was little understanding of the scale and implications of the polar ice cap melting (consensus about that danger was amplified by the research of scientists such as Xiangdong Zhang and John Walsh in 2006 and the Fourth Assessment Report by the Intergovernmental Panel on Climate Change in 2007).

The Arctic Council’s remit was later expanded to include investigations on climate change and development in the region.

More recently, at the 2021 ministerial meeting of the Arctic Council in Reykjavík, Iceland, Russia took over as the organisation’s rotating two-year chair. However, on March 3, 2022 – exactly one week after Russia’s invasion of Ukraine – the other council members began to boycott meetings in protest of Moscow’s involvement in the group.

In June 2022, these seven countries agreed to “implement a limited resumption of our work in the Arctic Council on projects that do not involve the participation of the Russian Federation.” In essence, the council’s future is at stake. 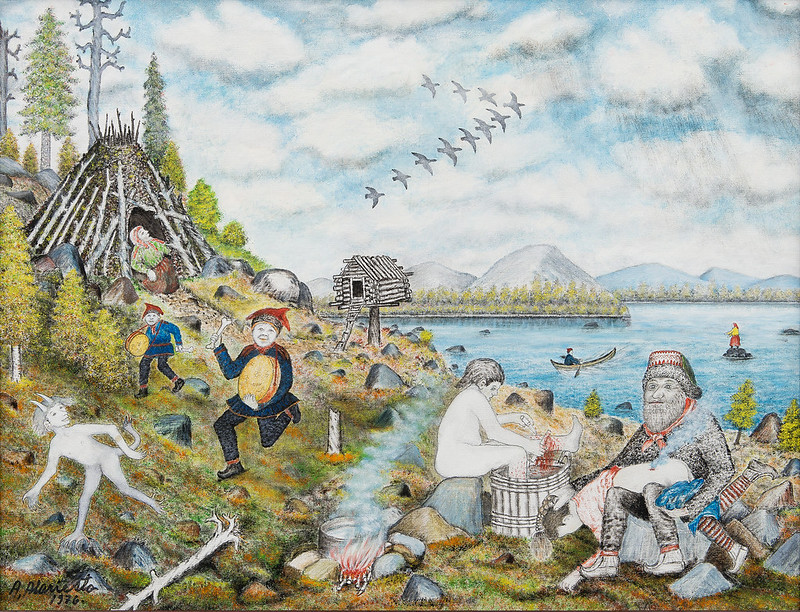 Yet, geopolitical tensions in the Arctic did not begin last year. They have been simmering for more than a decade as these eight countries have jockeyed for control over the area — not to stem the dangers of climate change, but to exploit the vast deposits of minerals, metals and fossil fuels that are present within the 21 million square kilometres of the Arctic Circle.

The region is estimated to contain 22 percent of the world’s undiscovered oil and natural gas (although extraction from this region remains expensive). Far more lucrative is the mining of rare earth minerals (such as neodymium for capacitors and electric motors and terbium for magnets and lasers), whose value across the Arctic — from Greenland’s Kvanefjeld to Russia’s Kola Peninsula to the Canadian Shield — is estimated to be at least $1 trillion.

Each member of the Arctic Council is racing to establish control over these precious resources, which, until now, have been locked beneath the melting ice.

Because more than half of the Arctic is made up of international waters and the continental shelves of these eight countries (i.e., landmass that extends into shallow ocean waters), its regulation largely falls under the United Nations Convention on the Law of the Sea (UNCLOS), which is ratified by 168 parties.

According to the UNCLOS, the sovereignty of a coastal state extends to its territorial sea, defined as the area within 12 nautical miles from the low-water line of their coast. States also have the right to create an “exclusive economic zone” within 200 nautical miles of that low-water mark, where many of these resources are located.

As a result, exploitation of the Arctic’s resources is mainly the domain of the council’s member states and is largely outside of multilateral control. However, the UNCLOS does constrain individual state sovereignty by declaring that the deep seabed is the “common heritage” of humanity and its exploration and exploitation “shall be carried out for the benefits of mankind as a whole, irrespective of the geographical location of States.” 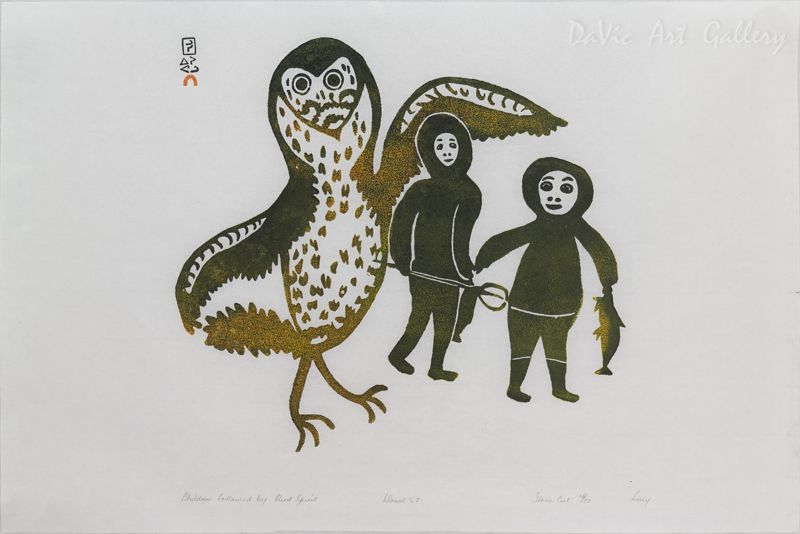 The U.N. created the International Seabed Authority (ISA) to implement the UNCLOS treaty. In Kingston, Jamaica, the ISA’s legal and technical commission is developing a mining code to regulate exploration and exploitation of the international seabed area. It is worth noting that one fifth of the commission’s members are from mining companies.

While there is no possibility of enacting a global moratorium on deep-sea mining — even in the Arctic, despite the 1959 Antarctic Treaty effectively banning mining on that continent — a mining code that favours mining companies will not only increase exploitation, but also increase competition and the risk of conflict between major powers.

This competition has already intensified the New Cold War between North Atlantic Treaty Organisation (NATO) states — led by the U.S. — and countries such as China and Russia and has led to the rapid militarisation of the Arctic.

Every member of the Arctic Council has already created military bases on the Arctic rim, with the race to dominate the region accelerating after 2007, when Russian scientists symbolically placed a titanium flag on the Arctic seabed, 4,302 metres below the North Pole.

Artur Chilingarov, the Russian explorer who led this geographical expedition, said that he was motivated by science and a concern for climate change and that “the Arctic must be protected not in words, but in deeds.” Nonetheless, the Russian geological expedition was used as a pretext to expand militarisation in the region.

For decades, the U.S. has had a military presence deep inside the Arctic Circle, the Thule Air Base in Greenland, which it developed in the 1950s after Denmark — the colonial ruler over Greenland — joined NATO.

Other Arctic littoral countries, too, have long had military forces that traverse the ice and snows of the north, a presence that has grown in recent years.

Canada, for instance, is building the Nanisivik Naval Facility on Baffin Island, Nunavut, aiming for it to be operational in 2023. Meanwhile, over the past decade, Russia has renovated the Nagurskoye air base in Alexandra Land and the Temp air base on Kotelny Island. 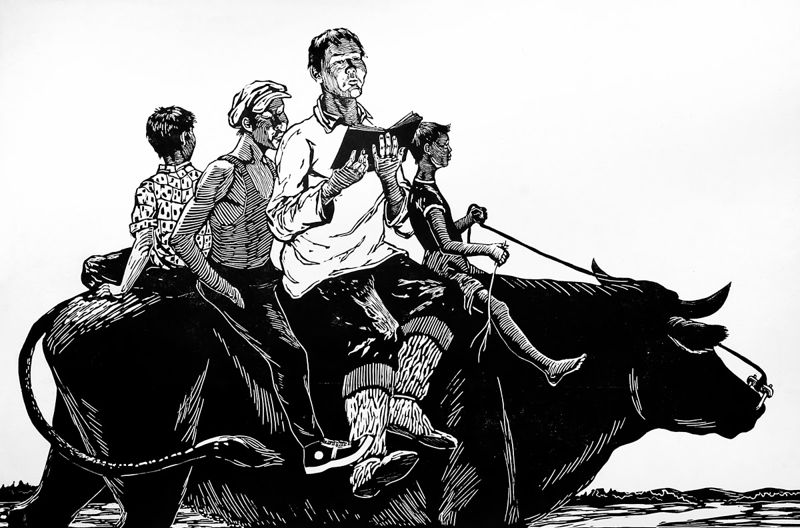 The Arctic Council was one of the few multilateral institutions to facilitate communication between the powers in the region. Now, seven of them have decided to no longer participate.

Five of these abstaining members (Canada, Denmark, Iceland, Norway and the U.S.) are already part of NATO, while the remaining two (Finland and Sweden) are being fast-tracked into the organisation.

Increasingly, NATO is replacing the Arctic Council as a decision-making authority in the region, with its operations based out of the Centre of Excellence for Cold Weather Operations in Norway. Since 2006, this hub has brought together NATO allies and partners for biannual military exercises in the Arctic called Cold Response.

In May 2019, U.S. Secretary of State Mike Pompeo went to the Arctic Council meeting in Rovaniemi, Finland, and accused China of being responsible for environmental destruction in the Arctic.

Although China has launched a Polar Silk Road project, there is no real evidence that China has played a particularly deleterious role in the northern sea lanes. This hostile comment towards China and similar sentiments about Russia’s role in the Arctic are part of the ideological battle to justify the New Cold War.

Less than a month after Pompeo’s speech, the U.S. Department of Defense released its Arctic Strategy (2019), which focused on “limiting the ability of China and Russia to leverage the region as a corridor for competition” (a position repeated in the U.S. Air Force’s 2020 Arctic Strategy). 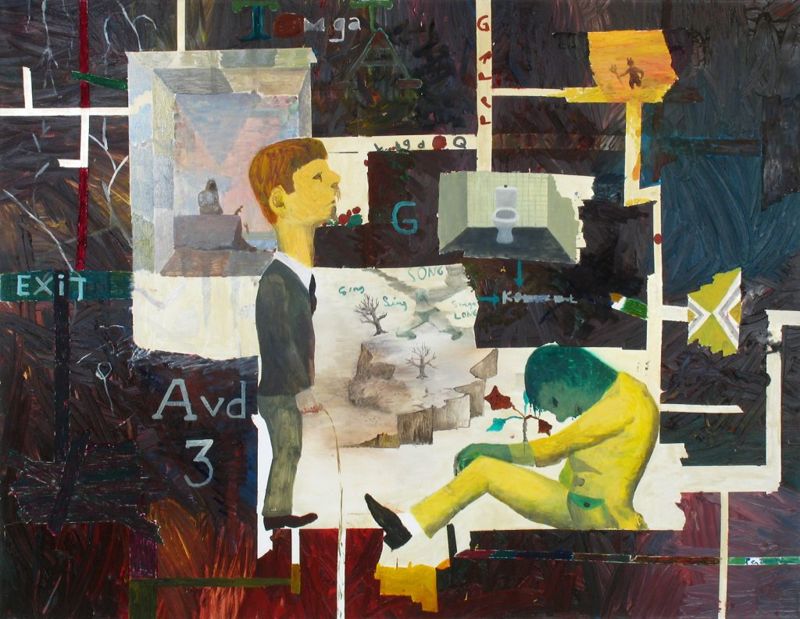 In October 2022, Reykjavík hosted its annual Arctic Circle gathering, attended by all of the major powers, except Russia, which was not invited. Iceland’s former President Ólafur Ragnar Grímsson, who was embroiled in the 2016 Panama Papers corruption scandal, chaired the keynote speech given by the Dutch Admiral Rob Bauer, chairman of the NATO Military Committee.

Bauer said that NATO must have a more muscular presence in the Arctic in order to check Russia as well as China, which he called “another authoritarian regime that does not share our values and undermines the rules-based international order.” China’s Polar Silk Road, Admiral Bauer said, is merely a shield behind which Chinese “naval formations could move more quickly from the Pacific to the Atlantic, and submarines could shelter in the Arctic.”

During the discussion period, China’s ambassador to Iceland, He Rulong, rose from his seat to say to the NATO admiral:

“Your speech and remark are full of arrogance and also paranoid. The Arctic region is an area for high cooperation and low confrontation… The Arctic plays an important role when it comes to climate change… Every country should be part of this process.”

China, he continued, should not be “singled out [from] the cooperation.” Grímsson closed the session after He’s intervention to muted laughter in the hall. 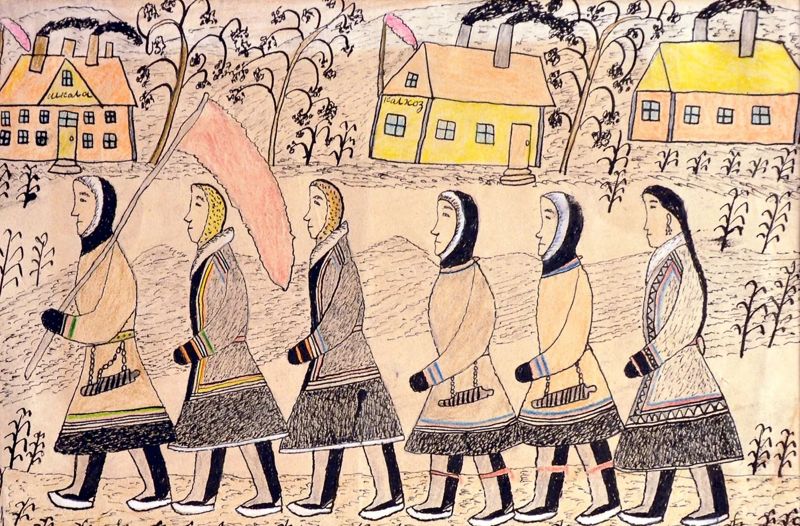 Absent from most of these discussions are the indigenous communities who live in the Arctic: the Aleut and Yupik (United States); the Inuit (Canada, Greenland and the United States); the Chukchi, Evenk, Khanty, Nenets and Sakha (Russia); and the Saami (Finland, Norway, Russia and Sweden).

This silencing of indigenous voices reminds me of Nils-Aslak Valkeapää (1943–2001), the great Saami artist, whose poetry rattles like the sound of the wind:

That is all I want to say
that is all