A former MI6 chief and an ex-C.I.A. officer are offering a program for budding intelligence practitioners at Magdalene College, Cambridge — one of several U.K. universities with links to British intelligence, Mark Curtis reports. 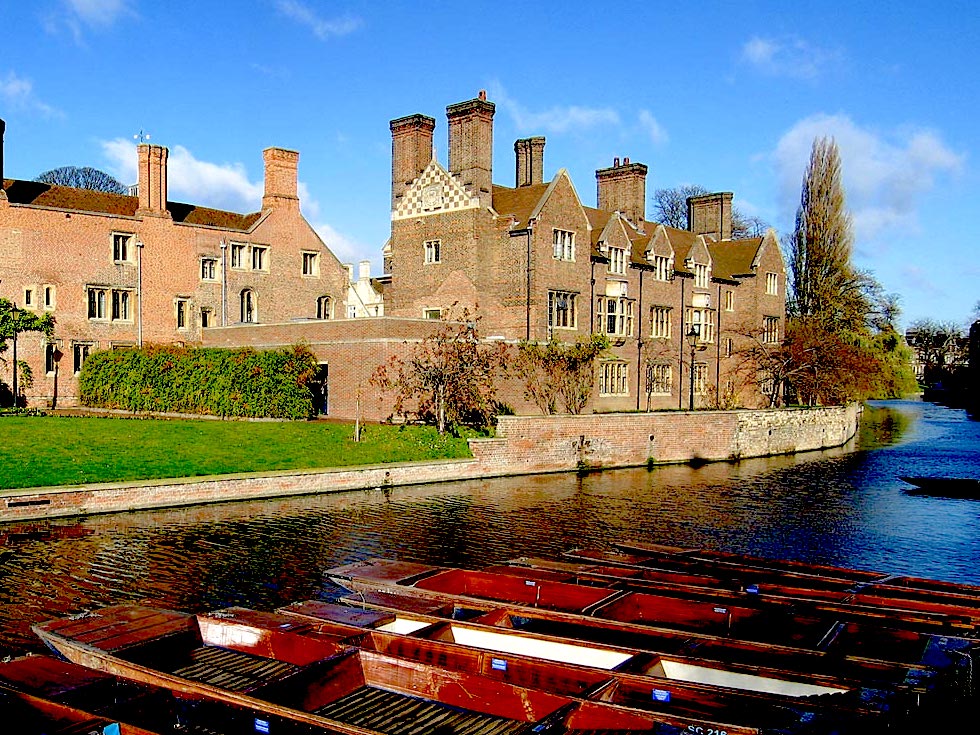 The Cambridge Security Initiative (CSI), an organisation founded and chaired by Sir Richard Dearlove — the former chief of the Secret Intelligence Service, known as MI6 — is advertising a course on spy craft run at Magdalene College, Cambridge.

The four-week course, to be held next summer and called the International Security and Intelligence Programme, addresses “various mechanisms of intelligence collection, analysis and dissemination, counter-intelligence and covert operations” as well as “cyber and information operations.”

It is co-convened by Professor David Gioe, who is the CSI’s director of studies and also an associate professor at West Point — the U.S. military academy — and a fellow at the U.S. Army Cyber Institute.

Gioe spent over two decades working in U.S. intelligence, including roles in the F.B.I., C.I.A., Defense Intelligence Agency (DIA) and the Office of Naval Intelligence.

He worked as a C.I.A. officer for nearly 10 years from 2001 to 2011, and was involved in “political and terrorism analysis as well as counterintelligence, overseas clandestine operations, and covert action.”

Gioe’s biography at West Point states that “he served multiple overseas tours as an operations officer in the Middle East and Europe.”

Declassified understands Gioe was a reserve naval intelligence officer between 2002 and 2016, and then transferred to become a reserve naval attaché (known as a “foreign area officer“ in the U.S. Department of Defense) which he remains.

His assignments included service as a division officer in the Office of Naval Intelligence and as a department head in the Joint Analysis Centre (JAC) at RAF Molesworth in Cambridgeshire — the military intelligence centre for the U.S. European Command. 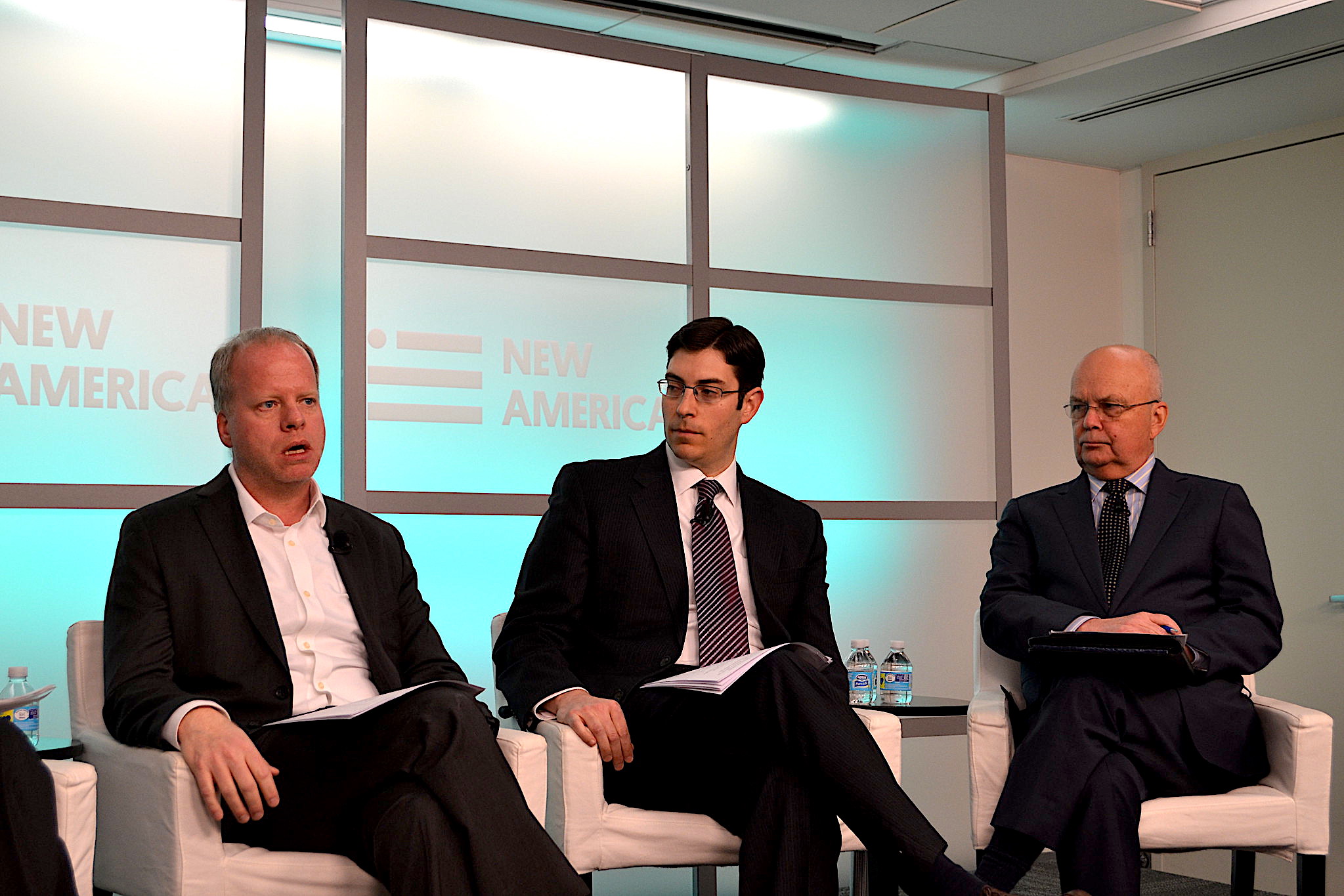 Gioe was until March this year assigned to the Defense Intelligence Agency Defense Attaché Service (DAS). The DIA, which provides military intelligence to the U.S. Department of Defense, notes that members of the DAS are “part of an elite group of specially trained personnel who represent the US and DoD.”

“While working in a defense attaché office,” it continues, “these service members represent DoD to the host-nation government and military, assist and advise the US ambassador on military matters, and coordinate other political-military actions within their area of responsibility.”

The DIA adds: “The Defense Attaché Office plays a vital role in supporting the [sic] US interests. During a time of crisis or military contingency, the DAO is often at the center of the action.”

Gioe is also a professor at the British Academy, where he works on the “weaponisation of disinformation.” His project examines how state intelligence services harness emerging technologies and social media platforms “to shape the information environment for strategic ends.”

The CSI programme is run in partnership with the Department of War Studies at King’s College, London, where Gioe is a visiting professor of intelligence and national security. King’s is known for its links to the U.K. and U.S. intelligence community. 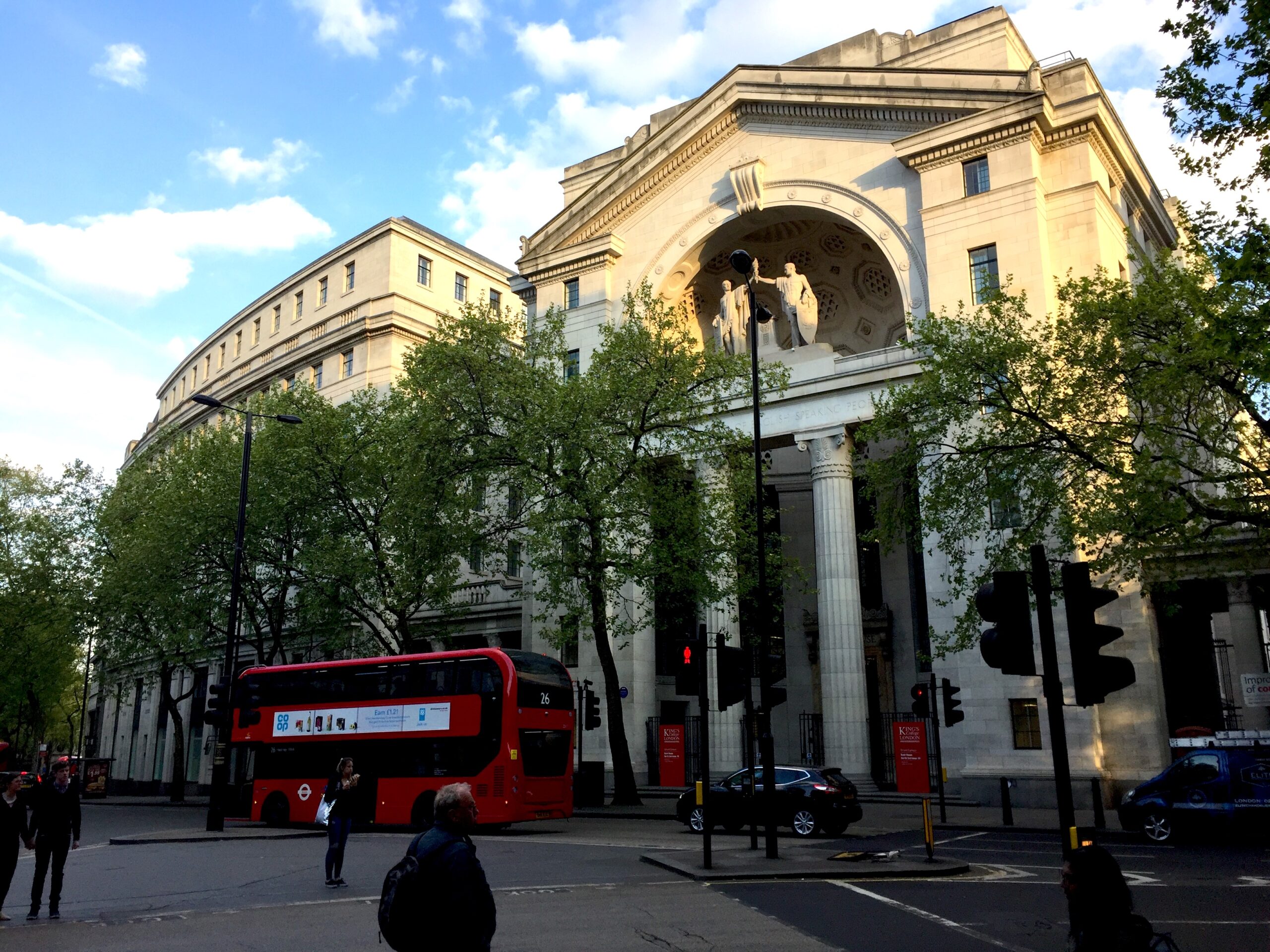 Held annually at Cambridge since 2017, the course also includes access to a conference where “attendees can expect to hear about Great Power challenges to global order, such as those offered by Russia and China,” the Cambridge Security Initiative states.

Lecturers have in recent years included former heads of MI5, MI6, GCHQ and the French Security Services, as well as the C.I.A. deputy director for operations.

The course is open to students and “practitioners with an intellectual or professional interest in statecraft and the interlocking themes of intelligence, security, defence and foreign policy.”

They are asked on application to send “a photo of yourself from the shoulders up.” The programme incurs a fee of £2,745 before accommodation costs of over £2,000.

The CSI says that it

“seeks to bring the best of the Cambridge teaching and learning experience to suitably qualified participants through a Programme that offers all the main ingredients of Cambridge University life while focusing on a subject of enormous contemporary relevance.”

Alan Dawson, one of the Cambridge Security Initiative’s directors, told Declassified: “Magdalene College provides housing and teaching spaces for participants in the International Security and Intelligence Programme but neither it nor the University is responsible for the design, content or management of the programme.”

“The ISI Programme and Conference are geared primarily towards undergraduate and graduate students with an interest in Intelligence and Security Studies which is a growth area in academia, especially in North America and the UK.”

Neither the Magdalene College nor Cambridge University websites appear to mention the Cambridge Security Initiative or the course. Pembroke College’s website has some links to the CSI course when Dearlove served as master there after he left MI6. 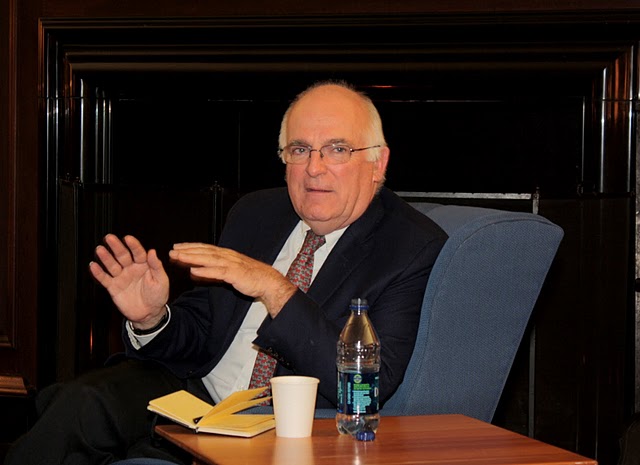 Dearlove’s Cambridge Security Initiative, which was established in 2017 as a charity, involves a number of other intelligence-related figures.

One of the four directors of the CSI alongside Dearlove is Stefan Halper, who has been described as a “C.I.A. operative” and who has advised four American presidents in the White House and State Department. Halper is also a life fellow of Magdalene College.

Also a CSI adviser is Michael Goodman, head of war studies and professor of intelligence and international affairs at King’s College. Goodman is Gioe’s co-convener of the CSI course and has spent many years seconded to the Cabinet Office as the official historian of the Joint Intelligence Committee.

Goodman and David Omand have written, in a paper published by the C.I.A., that the agency has long recognised “how beneficial it would be to use universities as a means of intelligence training.”

The paper, from 2008, added that “Exposure to an academic environment, such as the Department of War Studies at King’s College London, can add several elements that may be harder to provide within the government system.”

Applications are OPEN for the 2023 International Security and Intelligence Programme!
We are pleased to once again offer an in-person residential program at Magdalene College, Cambridge.
Details below. Apply here: https://t.co/FhGysQipMC
#Intelligence #Security pic.twitter.com/9tWI9XIWFB

Other U.K. universities have connections to British intelligence. For example, the University of Buckingham’s Centre for Security and Intelligence (BUCSIS) was co-founded and is managed by Julian Richards, a former MI6 officer.

Dearlove has since 2014 been chair of the board of trustees at the University of London. He is said to have been recruited at Cambridge in the 1960s.

The university is notorious for the Cambridge spy ring of former students in the 1930s who became Soviet spies, most notably Kim Philby. MI5 and MI6 subsequently engaged in a massive effort to cover up the activities of the spy ring and avoid embarrassing prosecutions.

The current master of Magdalene College, who has been in post since 2020, is Sir Christopher Greenwood, a former judge at the International Court of Justice. 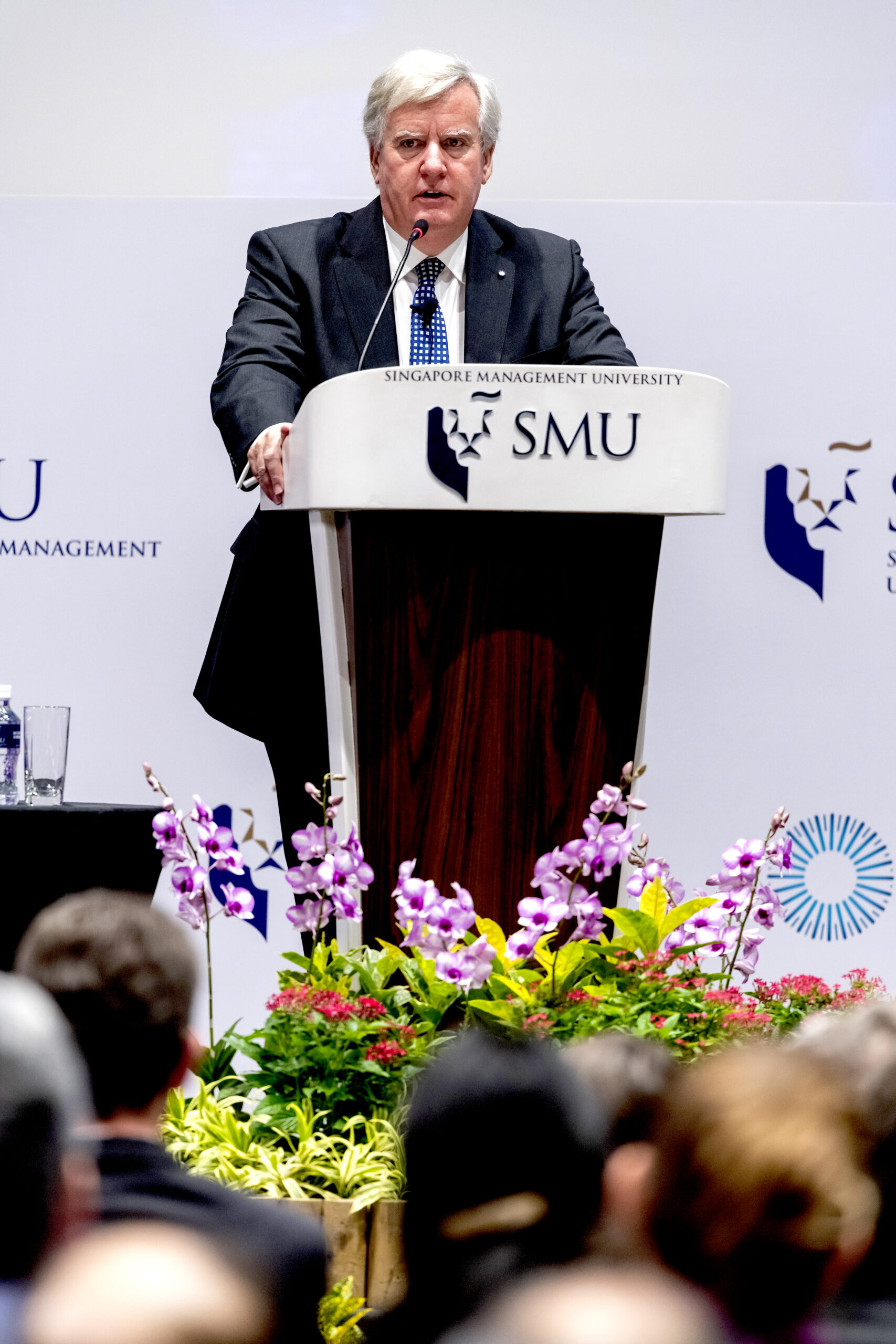 Greenwood — then professor of international law at the London School of Economics — was asked by the Blair government in 2002 to examine the arguments over the legality of using force against Iraqi leader Saddam Hussein, which culminated in the invasion of Iraq the following year.

Greenwood concluded that the use of force was justified under certain circumstances.

Dearlove was head of MI6 at the time and sat on the Joint Intelligence Committee which approved the Blair government’s misleading dossiers — including the notorious “45-minute” claim – on Saddam Hussein’s weapons programme before the invasion of Iraq.

Before becoming chief of MI6 from 1999-2004, Dearlove served as director of operations in a 38-year career in the agency.

He went on to earn more than £2 million from his role on the board of American oil and gas company Kosmos Energy and is also chair of Ascot Underwriting at Lloyd’s of London and senior adviser to insurance corporation AIG.

Dearlove made widely-covered public interventions during the 2017 and 2019 U.K. election campaigns warning that Labour Leader Jeremy Corbyn was a “danger” and “threat” to Britain’s national security.

“Cambridge SU is committed to the demilitarisation of the University of Cambridge and its Colleges. We feel it is inappropriate for Magdalene College to host a course run by a former SIS Chief and a former US intelligence officer.

“This feeds into a broader trend in which the University collaborates with and thus legitimises the arms and defence industries, which fuel war and violence internationally. We will continue to lobby against events such as these because, while the University of Cambridge and its Colleges endorse them, it will never be a safe environment for marginalised students.”

David Gioe and Magdalene College were approached for comment.

Mark Curtis is an author and editor of Declassified UK, an investigative journalism organisation that covers Britain’s foreign, military and intelligence policies. He tweets at @markcurtis30. Follow Declassified on twitter at @declassifiedUK