Ahead of the U.N. gathering underway in Montreal, Friends of the Earth International reported on the longstanding influence of business interests over efforts to protect the variety of life on Earth amid rampant species loss. 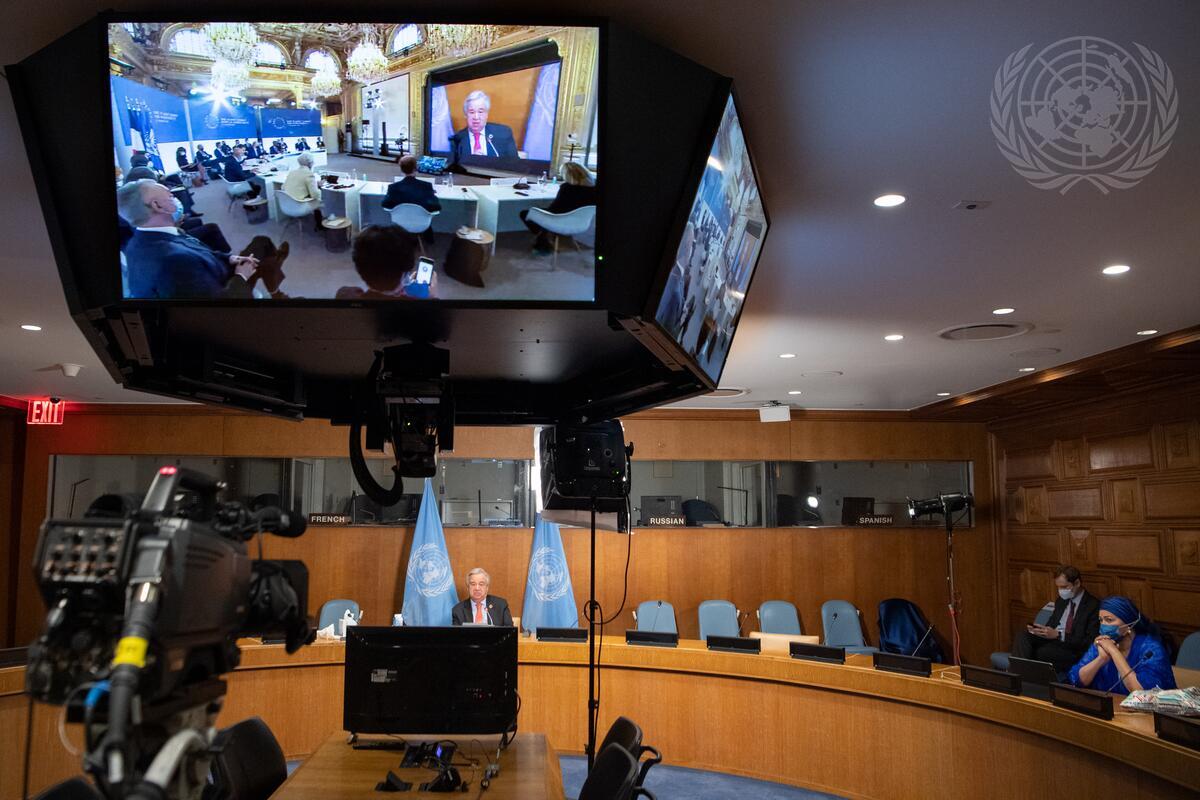 Ahead of the United Nations Biodiversity Conference underway in Canada, a critical report detailed how corporate interests have attempted to influence efforts to protect the variety of life on Earth amid rampant species loss.

After a long-delayed and mostly virtual meeting in Kunming, China, last year to work on a post-2020 global biodiversity framework (GBF), nearly 20,000 delegates are in Montreal for the second part of COP15, which has brought together countries that are party to a multilateral treaty, the Convention on Biological Diversity (CBD).

The Friends of the Earth International (FOEI) report, titled The Nature of Business: Corporate Influence Over the Convention on Biological Diversity and the Global Biodiversity Framework, “explores how business interests have tried to shape the recent course of the work” of the 20-year-old treaty and, “in many cases, have succeeded in doing so.”

While the publication focused specifically on the development of the new framework — widely regarded as a Paris climate agreement for nature — the group’s analysis noted that “the context is the broader and longer span of business influence over the CBD, especially since the Rio Earth Summit in 1992 where the CBD was open for signature.”

“To achieve their desired results,” the report explained,

“corporations have used a variety of tactics and strategies to influence the CBD processes, including the following: direct party lobbying; targeting individual delegations or becoming part of them; installing direct contacts in the CBD Secretariat; making use of revolving doors; co-opting civil society, academia, and think tanks; funding U.N. activities; the distortion of language and concepts; and public-private partnerships.”

‘Deep into Heart of CBD’ 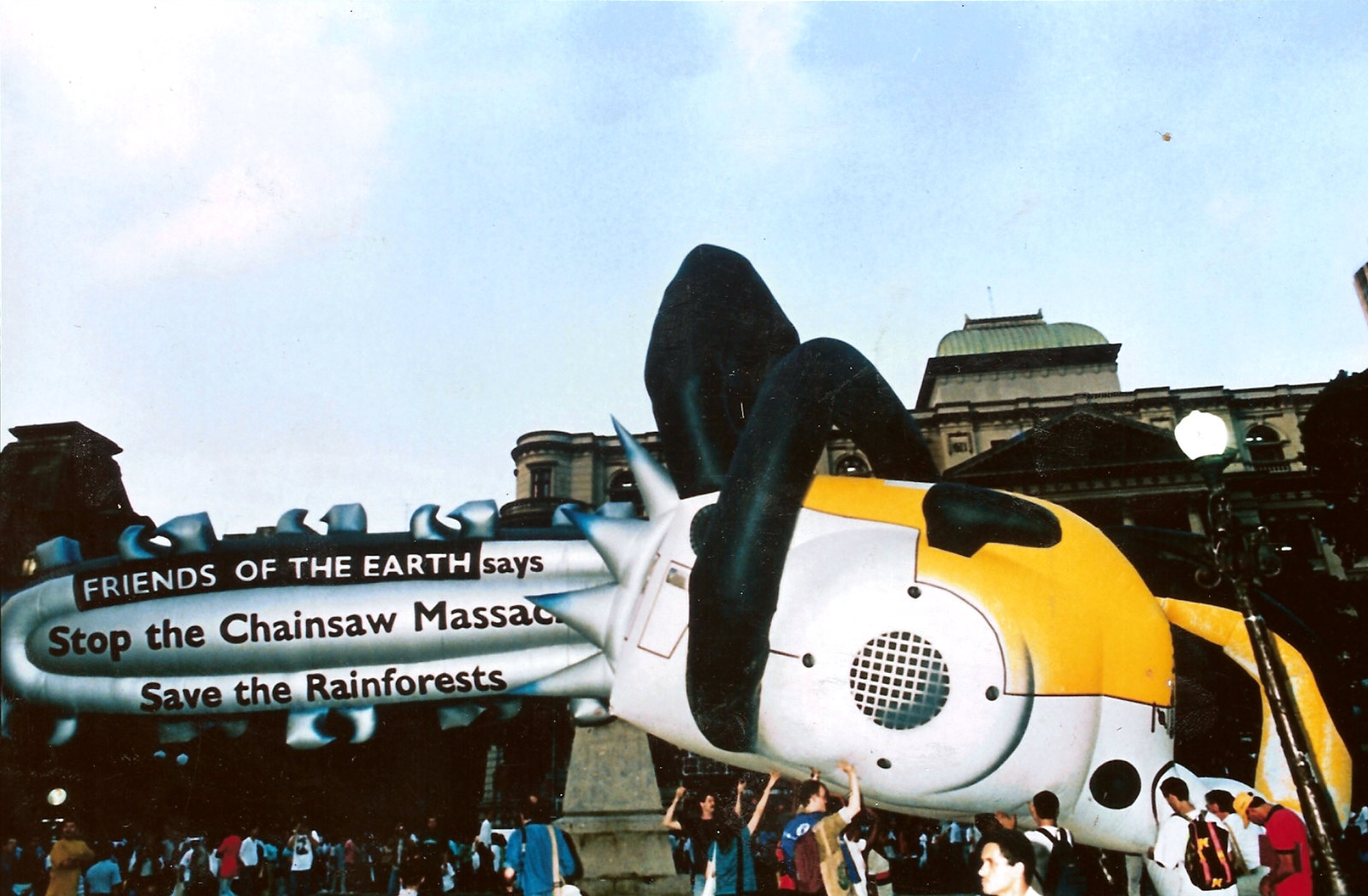 Pointing to such activities, Nele Marien, FOEI’s forests and biodiversity program coordinator, said  that “corporate influence goes deep into the heart of the CBD.”

Taking aim at fossil fuel and mining giants, she said that

“one strategy in particular stands out: The formation of purpose-built lobby coalitions allowing many corporations, such as BP or Vale, to present themselves as part of the solution and advocates for sustainability with green-sounding names. However, their ‘solutions’ are carefully crafted in order to not undermine their business models; ultimately they do nothing for the environment.”

The report pointed to offsetting, self-certification, self-regulation and “nature-based solutions” as examples of measures that give the impression of action without any impactful changes.

“There is a fundamental conflict of interest,” Marien stressed.

“Corporations are the most prominent contributors to biodiversity loss, ecosystem destruction, and human rights violations. Addressing corporate capture of the CBD is a precondition for saving biodiversity. The U.N. and its member states must resist corporate pressure and ??the CBD must reclaim its authority to regulate business.”

“Indigenous peoples and local communities protect 80% of existing biodiversity, often by defending it with their lives,” he said. “Conserving biodiversity goes along with taking IPLCs and their human and land tenure rights seriously.” 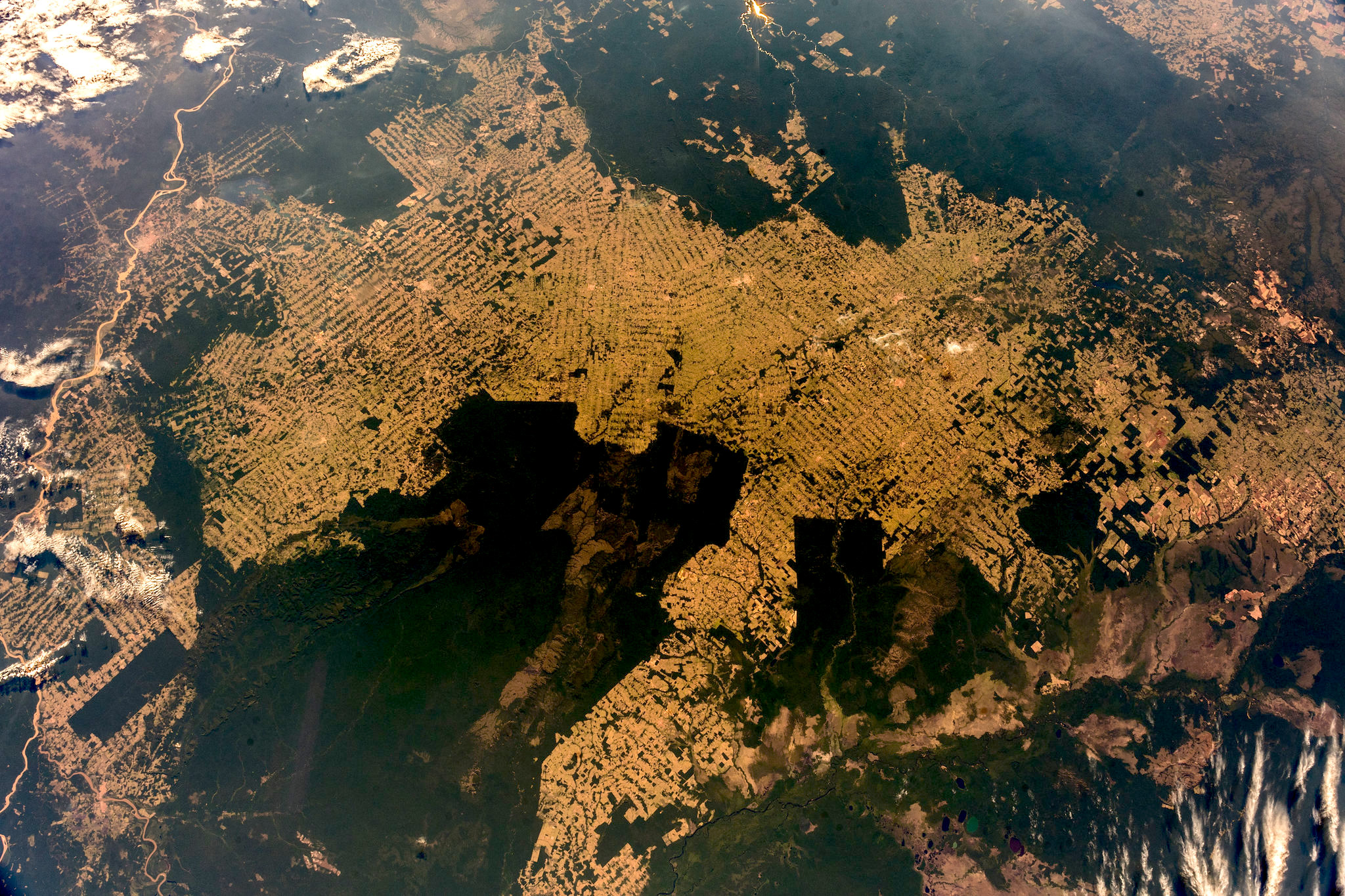 However, the current draft framework has critics concerned, with FOEI warning that it “increasingly bears the strong hallmarks of lobbying by business interests.”

The report also highlighted that “it is difficult to disentangle what has resulted specifically from corporate lobbying from what certain parties might have desired anyway, given their strong disposition towards ‘nonregulation,’ voluntary action, market mechanisms, private sector implementation, and weak or nonexistent monitoring, reporting, and corporate accountability.”

“Businesses in many countries are ‘pushing at doors’ that are already permanently open to them,” the document continued. “The picture is further obscured by the collaboration of most of the major corporate lobbying groups with certain international conservation organizations. The lobbying of these groups has converged and merged around many issues.”

“But the consequences are clear: The GBF lacks the ‘transformational’ measures required by the biodiversity crisis,” the report added. “The chance for a global agreement that is able to address the underlying drivers of biodiversity, transform economic sectors, initiate measures to reduce consumption, and hold corporations to account, seems to be lost.”

Given FOEI’s findings and fears, the group offers reforms for the entire U.N. system and the CBD.

Recommendations for the broader system include resisting pressure to give corporate interests a privileged position in negotiations, excluding business representatives from national delegations, increasing transparency around lobbying and existing links to the private sector, ending all partnerships with corporations and trade associations, establishing a code of conduct for U.N. officials, and monitoring the impact of companies on people and the planet.

As for the biodiversity convention, the report asserted that “rightsholders should have a voice regarding policies that affect the territories and ecosystems they live in,” and “corporations should not be part of decision-making processes and should not have a vote.”

The biodiversity conference comes on the heels of the COP27 climate summit that wrapped up in Egypt last month — which critics called “another terrible failure” given that the final agreement did not include language about phasing out all fossil fuels, which scientists say is necessary to prevent the worst impacts of rising temperatures.

Ahead of the UN #COP15 Biodiversity Summit, over 650 scientists are calling on world leaders to stop burning trees for energy in power stations like Drax because of the devastating impact on wildlife: https://t.co/EIAoWRBIgZ ???#CutCarbonNotForests #StopBurningTrees ?????

One of the public demands going into COP15 came from over 650 scientists — who, in a letter to world leaders, pushed for an end to burning trees for energy.

“Ensuring energy security is a major societal challenge, but the answer is not to burn our precious forests. Calling this ‘green energy’ is misleading and risks accelerating the global biodiversity crisis,” Alexandre Antonelli, a lead author of the letter and director of science at the U.K.’s Royal Botanic Gardens, Kew, told The Guardian.

Combating industry claims about the practice, the letter concludes that “if the global community endeavors to protect 30% of land and seas for nature by 2030, it must also commit to ending reliance on biomass energy. The best thing for the climate and biodiversity is to leave forests standing — and biomass energy does the opposite.”

The 30×30 target referenced in the letter is a top priority for several countries going into the Chinese-hosted conference, as Carbon Brief noted, introducing an online tool tracking who wants what at the event.

“But China has not invited world leaders to Montreal, sparking fears that the political momentum needed to produce an ambitious outcome will be lacking at the summit,” the outlet reported. “Slow progress on the GBF at preparatory talks in Geneva and Nairobi has also raised concerns among observers, scientists and politicians.”

2 comments for “The Corporate Capture of Global Biodiversity Agenda”