Meanwhile, the Pentagon gives its Ukraine proxy the go-ahead to launch long-range attacks on targets inside its neighboring nuclear superpower. Not too long ago this was unthinkably terrifying. This is where we are now. 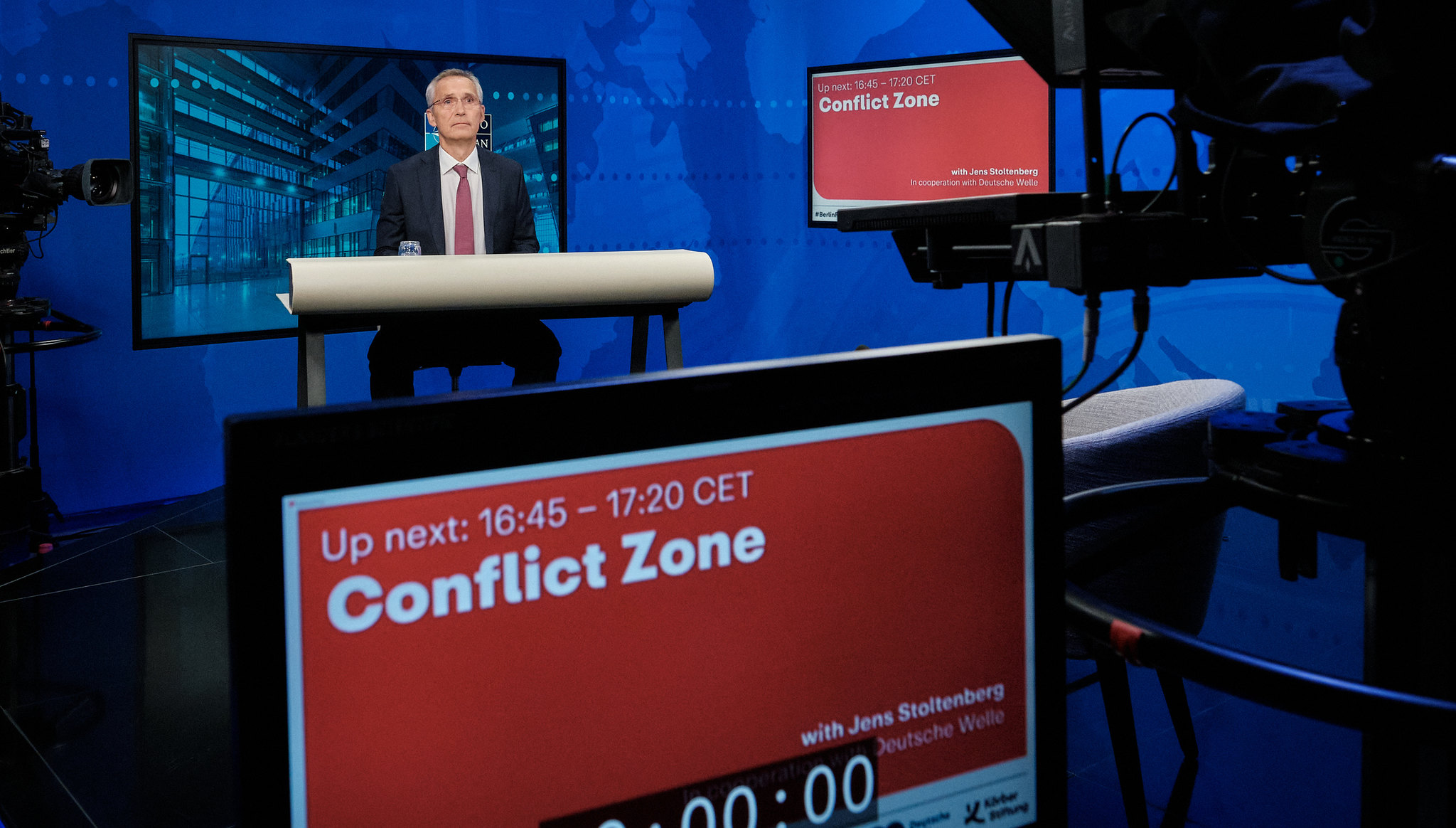 In what Antiwar’s Dave DeCamp describes as “a rare acknowledgment of the dangers of backing Ukraine,” NATO Secretary-General Jens Stoltenberg acknowledged a fear of something going “horribly wrong” and leading to a hot war between the nuclear-armed alliance and Russia.

In “‘I fear a full-blown war between the West and Russia’, Nato chief warns,” The Daily Telegraph of London’s article offers the following:

“ ‘I fear that the war in Ukraine will get out of control, and spread into a major war between Nato and Russia,’ said Nato secretary-general Jens Stoltenberg, responding to a question about his greatest fears for the winter in an interview.

He told Norwegian broadcaster NRK on Friday that he was confident such a scenario could be avoided but that the threat was there.

‘If things go wrong, they can go horribly wrong,’ he added.”

Things absolutely can go horribly wrong when dealing with an increasingly aggressive standoff between nuclear superpowers, as we have seen from history.

The last Cold War saw many nuclear close calls as a result of technical malfunctions and misunderstandings, including an incident during the Cuban Missile Crisis when the only thing that prevented a nuclear-armed Soviet submarine from deploying its weapon on the U.S. military was one officer refusing to go along with two others who were giving the orders to fire.

[Related: RAY McGOVERN: Thanks to a Soviet Navy Captain — We Survived 1962]

We got a taste of this horror once again last month in the long minutes following erroneous reports that Russia had launched missiles at NATO member Poland. The fact that cooler heads have prevailed up until this point does not mean that nuclear brinkmanship is safe, any more than a game of Russian roulette not ending after the first couple of trigger pulls would mean that Russian roulette is safe to play.

Stoltenberg is correct to be afraid. There absolutely are too many things that can go horribly wrong in such a standoff, and there are simply too many unpredictable moving parts for anyone to feel confident that this will not happen.

And it’s pretty crazy to hear Stoltenberg voice these concerns even while the Pentagon gives the go-ahead for Ukraine to begin launching long-range attacks on targets inside Russia in its war that is being backed by the United States, because those two positions would seem to be pretty strongly at odds with each other.

Pentagon Gives Tacit Support for Ukrainian Drone Attacks Deep Inside #Russia
The Times reports that the US no longer has the same concerns about escalations and is likely to send longer-range weapons
by Dave DeCamp@DecampDave #Ukraine #drones https://t.co/eWkpWZqoVj pic.twitter.com/tYXdGmMNsf

In “Pentagon gives Ukraine green light for drone strikes inside Russia,” The Times of London last week reported as follows:

“The Pentagon has given a tacit endorsement of Ukraine’s long-range attacks on targets inside Russia after President Putin’s multiple missile strikes against Kyiv’s critical infrastructure.

Since daily assaults on civilians began in October, the Pentagon has revised its threat assessment of the war in Ukraine. Crucially, this includes new judgments about whether arms shipments to Kyiv might lead to a military confrontation between Russia and Nato.

This represents a significant development in the nine-month war between Ukraine and Russia, with Washington now likelier to supply Kyiv with longer-range weapons.”

The Times quotes a “US defence source” as saying the following: “We’re not saying to Kyiv, ‘Don’t strike the Russians [in Russia or Crimea]’. We can’t tell them what to do. It’s up to them how they use their weapons. But when they use the weapons we have supplied, the only thing we insist on is that the Ukrainian military conform to the international laws of war and to the Geneva conventions.”

“They are the only limitations but that includes no targeting of Russian families and no assassinations. As far as we’re concerned, Ukraine has been in compliance,” the source says, which is a strange assertion given that U.S. intelligence has reportedly concluded Ukraine was behind the assassination of the daughter of Aleksandr Dugin.

“Ukraine has been careful to use its own drones, not US-supplied weapons, to carry out the strikes,” The Times reports, while also noting that “Pentagon officials have made it clear that requests from Kyiv for longer-range US weapons, including rockets and fighter bombers which could be used for even more effective strikes inside Russia or occupied Crimea, are being seriously considered.”

NYT confirms US-backed Ukraine forces carried out their "most brazen attack" yet, 300 miles into "the heart of Russia" — including a base with Russia's nuclear bombers. Not long ago this scenario would've sounded totally unfathomable and insane. Dwarfs anything from the Cold War pic.twitter.com/fKNoT42YBP

This revelation comes days after Ukraine launched its most brazen attack into Russian territory yet, with drone strikes on bases that killed multiple Russian soldiers and damaged two nuclear-capable bombers. Not too long ago the U.S. waging a proxy war that features direct attacks on Russia’s nuclear forces would have been an unthinkably terrifying prospect, yet that’s where we’re at now, and it only seems to be escalating.

Empire apologists will try to make this a conversation about whether Ukraine has a “right” to attack Russian territory, which is a red herring. Obviously, Ukraine has a right to attack a nation that is attacking it; that’s not the point. The real issue is the danger of provoking a hot war between nuclear superpowers, which is making even the NATO secretary-general increasingly nervous.

The Western power alliance continually ramping up aggressions to test how far it could provoke Russia is what led to this conflict in the first place. Now we’re at a point where there isn’t much space for Russia to back up before it’s against the ropes and potentially pressed to do something nobody wants. These people should not be talking about escalation, they should be talking about de-escalation. We need diplomacy, de-escalation and detente, and we needed them yesterday.