In addition to advancing longstanding U.S. geo-strategic aims, it seems the proxy war in Ukraine is also being used to sharpen the imperial war machine’s claws for a looming hot war with China and/or Russia. 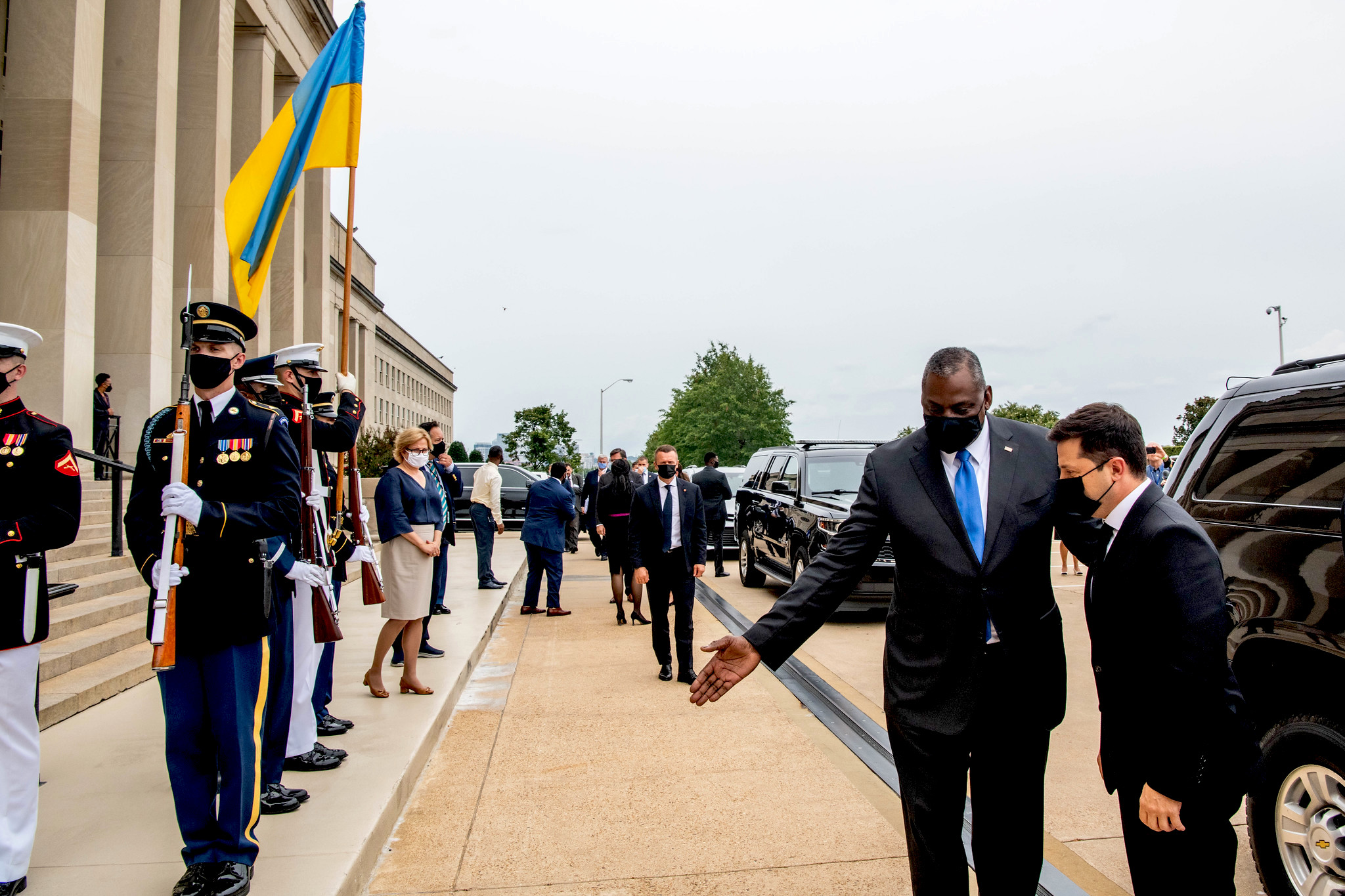 A surprisingly frank article in The New York Times, “Western Allies Look to Ukraine as a Testing Ground for Weapons” describes how the imperial war machine is capitalising on the U.S. proxy war to test its weapons for future use.

“Ukraine has become a testing ground for state-of-the-art weapons and information systems, and new ways to use them, that Western political officials and military commanders predict could shape warfare for generations to come,” writes Lara Jakes.

Jakes says “new advances in technology and training in Ukraine are being closely monitored for the ways they are changing the face of the fight.”

These new technological advancements include an information system known as Delta, as well as “remote-controlled boats, anti-drone weapons known as SkyWipers and an updated version of an air-defense system built in Germany that the German military itself has yet to use.”

A former Lithuanian president is quoted as saying, “We’re learning in Ukraine how to fight, and we’re learning how to use our NATO equipment,” adding, “It is shameful for me because Ukrainians are paying with their lives for these exercises for us.”

US government mouthpiece the New York Times admits that NATO imperialists are using Ukraine as a laboratory to test new weapons and technology.

At some point The New York Times article was re-headlined, going from “Western Allies Look to Ukraine as a Testing Ground for Weapons” to the slightly less obvious “For Western Weapons, the Ukraine War Is a Beta Test.”

News that the West is using Ukraine to test weapons systems for future wars aligns with recent comments by the commander of the U.S. nuclear arsenal that the proxy war is a test run for a much bigger conflict that’s on its way.

“This Ukraine crisis that we’re in right now, this is just the warmup,”  U.S. STRATCOM head Charles Richard told a naval conference earlier this month. “The big one is coming. And it isn’t going to be very long before we’re going to get tested in ways that we haven’t been tested [in] a long time.”

So in addition to being used to advance longstanding U.S. geo-strategic objectives, apparently this war is also being used to sharpen the imperial war machine’s claws for a looming hot war with China and/or Russia. The U.S. would certainly have an advantage in military test runs over the years in such a conflict.

As an aside, it’s probably worth noting that all the testing of new Western weapons technology would likely explain reports from Ukrainian astronomers that the skies over Kiev have been “swarming with unidentified flying objects (UFOs).”

The aforementioned New York Times article quotes Ukrainian Vice Prime Minister Mykhailo Fedorov as saying that the weapons testing he’s seen has convinced him that “the wars of the future will be about maximum drones and minimal humans.”

It's reasonable to suspect that some UAP described in the new report may be linked to foreign surveillance or military technologies. ? https://t.co/3OtGBx7nJu

One of the many reasons the U.S. and its complex network of allies, partners and assets are always fighting so many wars is because new weapons technology needs to be tested in battle before it can be deemed effective.

What this means in practice is using human bodies as test subjects, the way a scientist uses laboratory rats or guinea pigs.

The U.S.-centralized empire pretends to care about Ukrainian lives, but in reality it only cares about them to the extent that a researcher cares about his lab rats. And for exactly the same reason.

What could be more sinister than that? Well, the agendas for which they are running those tests as preparation, I suppose.

← WATCH: A Path to Peace in Ukraine
The Case for Democratic Worker Control →