Steve Ellner says opposition to NATO’s stance on Ukraine has created fertile ground for the expansion of a bloc of non-aligned nations, now with a progressive possibly at the helm. 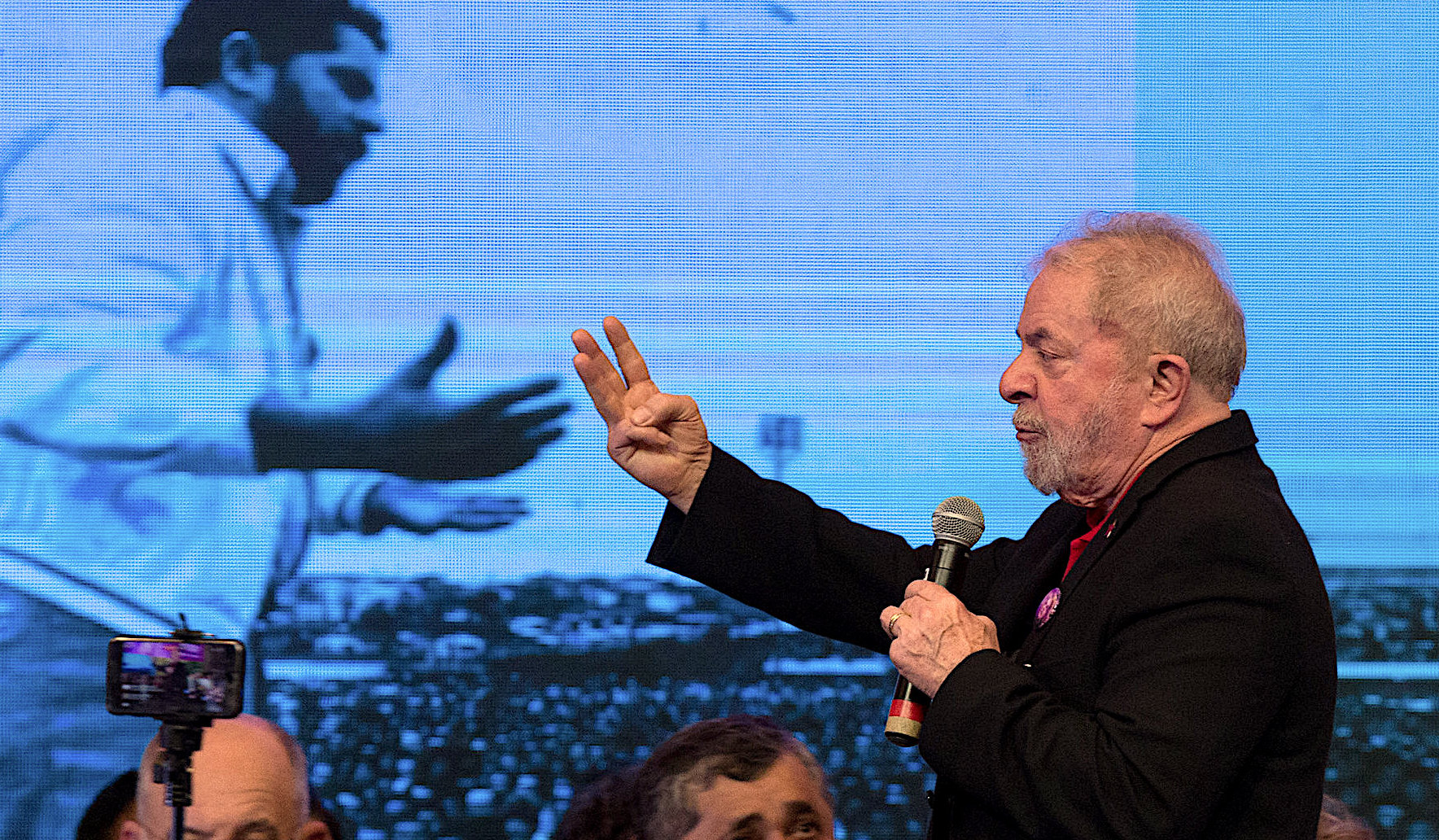 Lula da Silva speaking at the national congress of the PT Party in 2017. (Lula Marques/Agência PT, CC BY 2.0)

President Joe Biden kept a promise to Lula da Silva by congratulating him for “free, fair and credible” elections minutes after Sunday’s results declared Lula the winner over incumbent Jair Bolsonaro. The U.S. did so to avoid the loser from refusing to concede.

Pundits have interpreted the Biden administration’s words on the Brazilian election as a demonstration that it was rooting for Lula over his opponent, known as “Tropical Trump.” This reasoning is at best misleading, if not completely faulty.

What has Washington actually most worried about Lula is the reemergence of a powerful non-aligned movement and the prospect that a progressive like Lula would be at the helm. During his previous two presidencies, Lula cast himself as a spokesman for the Global South.

Times have changed since then. There is a growing number of ideologically diverse governments, which were formerly subservient to the U.S. and are now boldly defying Washington’s dictates, creating fertile ground for the expansion of a bloc of non-aligned nations that has been reinvigorated by opposition to NATO’s stance on Ukraine.

The vast majority of the world’s population, from China and India to South America and Africa, have not joined the sanctions regime against Russia and are gradually coalescing around an a new and emerging economic, financial and commercial system alternative to the West.

Furthermore, the total inability of the world’s major powers, specifically the U.S. and Western Europe, to broker an agreement to end the Ukraine conflict, opens space for a leader like Lula, who throughout his career has excelled at negotiating with politicians of diverse political orientations.

Lula’s victory on Sunday was razor-thin with 50.9 percent of the vote to 49.1 for Bolsonaro.  Just as during his past presidencies (2003-2010), the center and right, including Bolsonaro’s allied parties, will control congress. This unfavorable balance of power will undoubtedly force Lula into making concessions on the domestic front, such as possibly softening his campaign pledge to tax the rich.

But on foreign policy he will be under less domestic pressure and is poised to keep his campaign promise to play a key role in regional and world affairs. In his victory speech in Sao Paulo on Sunday he pledged to reverse Brazil’s “pariah” international status, the result of Bolsonaro’s contempt for diplomacy and his outrageous statements, such as blaming China for Covid and Leonardo DiCaprio for the Amazonian fires in 2019. 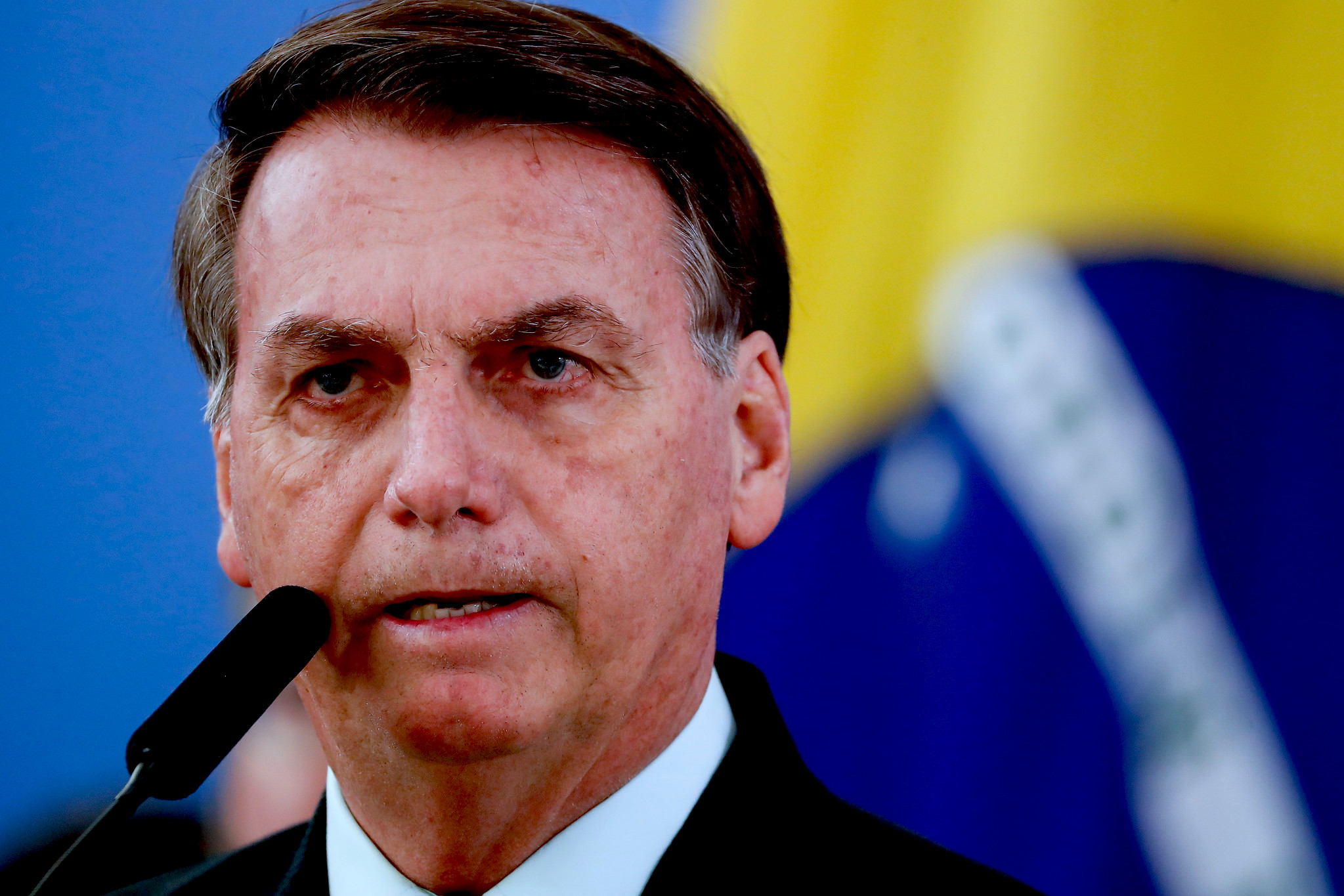 Shortly after first coming to power in 2003, the Washington establishment viewed Lula as a reliable moderate and a counter to firebrands such as Hugo Chávez, Evo Morales and Néstor Kirchner. Mexico’s former foreign minister, Jorge Castañeda, in his famous book Leftovers: Tales of the Two Latin American Lefts, praised Lula as levelheaded and contrasted him with the “bad left” of Chávez & Co. whom he characterized as “populist” and “anti-American.”

But the favorable characterization of Lula changed in 2010, not as a result of Lula’s domestic policies, but rather his foreign policy, specifically his recognition of a Palestinian state on the basis of 1967 borders. A half dozen other Latin American governments then followed suit. The same year Lula, in the words of Reuters, “angered Washington” over his talks with Mahmoud Ahmadinejad and his defense of Iran’s nuclear program.

After that, Lula was no longer the pragmatic leftist answer to irresponsible populism, but was rather portrayed as a populist himself. The Wall Street Journal titled an article on the first round of the presidential elections held on Oct. 2, which put Lula ahead, “Populism Wins Brazil’s Election.”  WSJ editor Mary Anastasia O’Grady wrote: “Now candidate Lula is again promising moderation. His greatest political advantage is his image as a benevolent populist.”

Rhetoric is an important element of populism, but in Lula’s case, what the U.S. is worried about are concrete actions he may take as president that would challenge U.S. hegemony. The threat stems largely from the bloc of five powerful nations that form BRICS: Brazil, Russia, India, China, and South Africa. 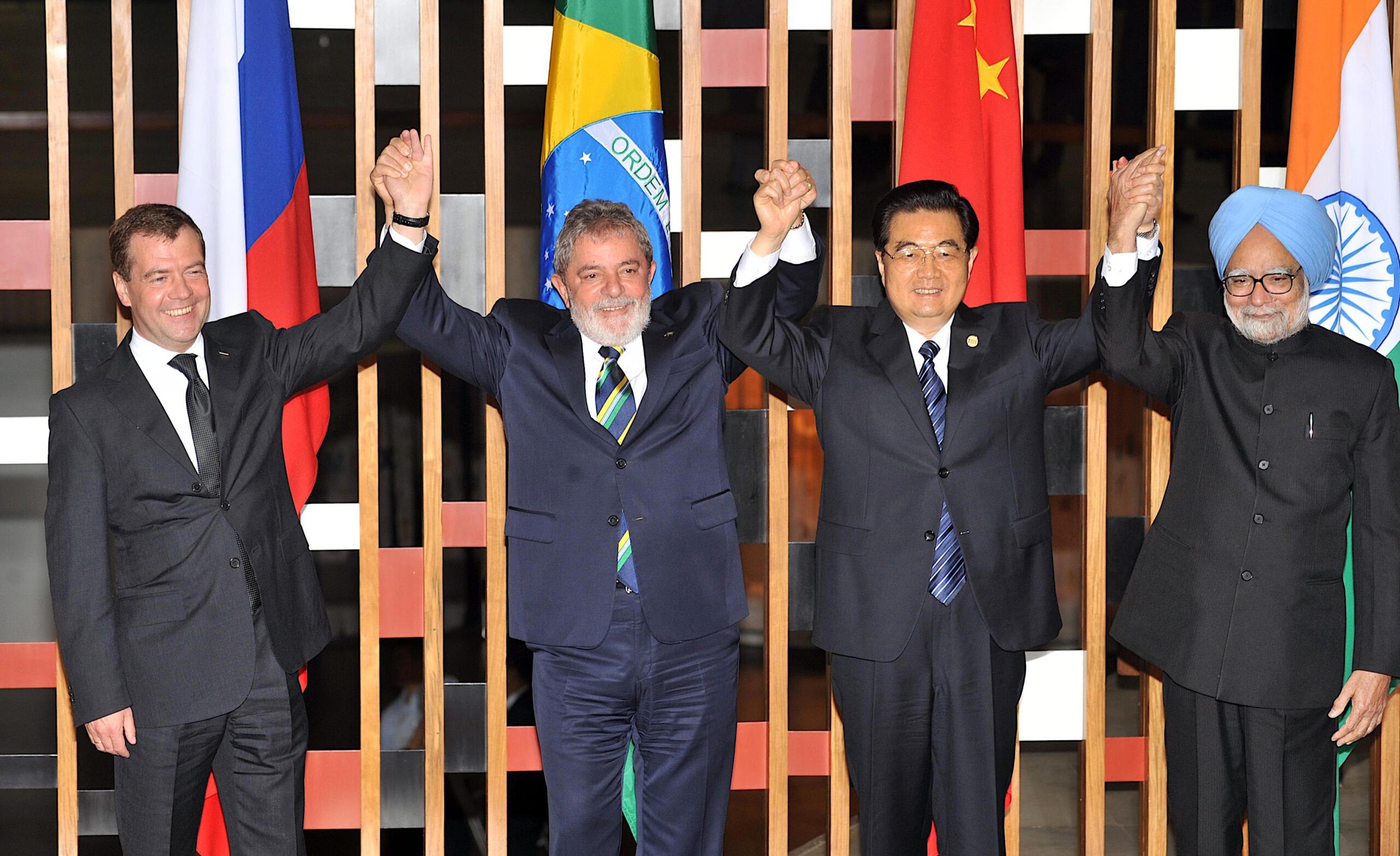 Skeptical Washington officials and pundits had dismissed the group’s summits as “talk shops” by governments that had little or nothing in common. That was the gist of then Secretary of State Mike Pompeo’s “Remember BRICS?” tweet upon leaving office, in which he insinuated that India’s and Brazil’s fear of Russia and China made the organization useless.Now, two years later after Ukraine and with Lula as president-elect, that skepticism appears completely unfounded.

Lula was imprisoned in 2018 on what his supporters say were trumped-up corruption charges. In a 2019 prison interview, he declared “BRICS was not created to be an instrument of defense, but to be an instrument of attack.” His references this year on the campaign trail to BRICS, as well as regional organizations such as the Community of Latin American and Caribbean States (CELAC) (which Bolsonaro withdrew from) and the Union of South American Nations (UNASUR), reinforced this message. After meeting with Lula the day after his triumph on Monday, Argentine President Alberto Fernández said, “‘with Lula, we will now have an activist for our bid’ to join BRICS.”

Washington views BRICS’ expansion as a threat, exacerbated by Russia’s and China’s membership in the organization. In the closing weeks of Brazil’s presidential campaign, the National Endowment for Democracy (NED), wrote:

“With the BRICS … set to expand to include Argentina, Iran, and possibly Egypt, Saudi Arabia, and Turkey, Russia may acquire even more partners, ones that together represent a significant percentage of global GDP and a large percentage of the world’s population.”

How ‘Neutral’ is Lula?

Washington can’t be at all pleased by Lula’s position on the Ukrainian conflict. Lula has insisted that BRICS play a role in the search for a negotiated solution and is committed to attempting to broker a peace deal.   In the words of Telesur, Lula said “peace could be reached at a bar table, which caused uneasiness in the diplomatic representation of Ukraine in Brazil.”

But it’s not only the fear that Lula is closer to Russia and China than he is to Washington (which he is) that keeps U.S. policymakers up at night. Unlike Washington, Lula has acknowledged the legitimacy of Venezuelan democracy and, according to journalist Ben Norton, told local media that U.S.-recognized president Juan Guaidó is a “warmongering criminal who should be in prison.”

Lula has insisted, since his Workers’ Party lost power in 2016, that the BRICS’ major shortcoming was its failure to launch a new currency to rival the dollar. In an interview from prison, Lula recalled, “When I discussed a new currency… Obama called me, telling me, ‘Are you trying to create a new currency, a new euro?’ I said, ‘No, I’m just trying to get rid of the U.S. dollar.’” 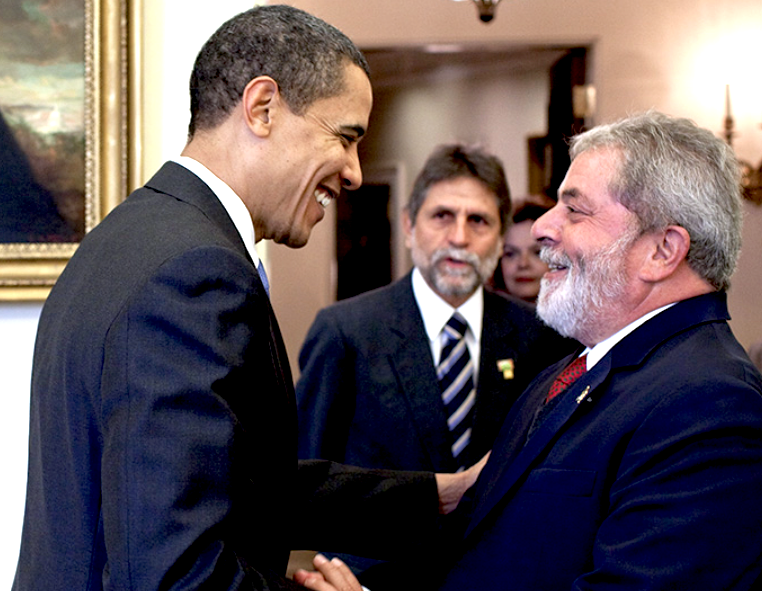 Prospects for a BRICS reserve currency are much more promising in 2022 and its five member countries are behind the idea. Indeed, this year the currencies of all five BRICS nations have outperformed the Euro.

Washington’s political weaponization of the dollar goes beyond the super-power rivalry with Russia and China as U.S.-imposed international sanctions have brought misery to people of the Global South including to Cuba, Venezuela, Iran, and Nicaragua.

One Pole Against Many

The  notion of a “multipolar world” frequently invoked by Lula envisions the emergence of diverse blocs including that of the non-aligned nations. An article in this summer’s issue of Foreign Policy by Shivshankar Menonor, a national security expert, reflects the thinking of many in Washington who are wary of non-alignment.

“When the international system is failing or absent …, it is no surprise that leaders turn to nonalignment. The more the United States, Russia, China, or other powers pressure other countries to choose sides, the more those countries will be drawn to strategic autonomy, which could create a poorer and crueler world as countries reduce external dependence and consolidate their homefronts.”

Some on the left are also uneasy. Longtime political activist Greg Godels calls multipolarity “a notion first discussed by bourgeois academics looking for tools to understand the dynamics of global relations” and adds “there are no guarantees that the poles that emerge or challenge the post-Cold War super-pole are a step forward or a step back simply because they are alternative poles.”

The presence of the racist government of India’s Narendra Modi in BRICS and Saudi Arabia’s desire to join it cast doubts on the organization’s progressiveness. 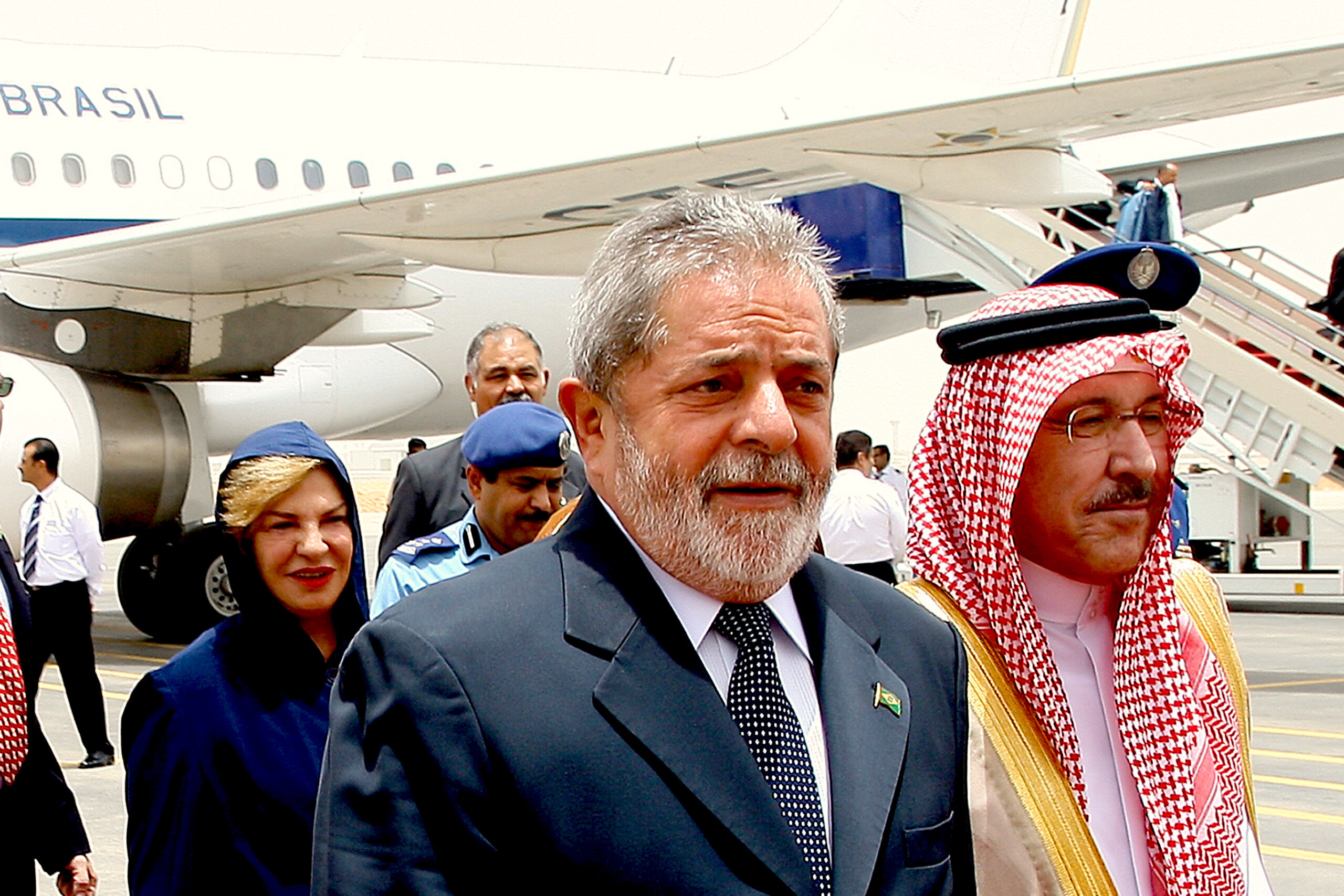 Saudi Arabia’s recent surprising decision to buck the U.S. by rejecting Biden’s plea to pump more oil to help lower international prices and hurt Russia doesn’t make the nation any less reactionary. But that’s precisely why the leadership of a progressive like Lula at the world level is of such importance – and causes alarm in Washington.

The original non-aligned movement (NAM) was founded in the 1950s by leaders like Josip Broz Tito, Gamal Abdel Nasser and Kwame Nkrumah,  were all left leaning and committed to socialism. The movement played a key role in favor of decolonization, disarmament, and opposition to racism and apartheid.

NAM still exists but the Soviet Union is gone, one of the two powers the movement was not aligned with.  Only the U.S. remains. Lula has not hidden his criticism of the U.S., even his suspicion that U.S. investigators collaborated with Brazilian prosecutors in putting him behind bars, an accusation that has been well documented by the news outlet Brasilwire.

Lula is poised to become the leader of the progressive tide that has swept Latin America, beginning with Andrés Manuel López Obrador’s victory in Mexico in 2018.

The real question is whether Lula will put his political savvy to the test by playing a leadership role in favor of a progressive brand of multipolarity in a growing movement worldwide that is challenging U.S. hegemony and that cuts across the political spectrum – and how Washington will react to it.

Steve Ellner is a retired professor from Venezuela’s Universidad de Oriente and currently an associate managing editor of Latin American Perspectives. His latest book is his co-edited Latin American Social Movements and Progressive Governments: Creative Tensions between Resistance and Convergence(Rowman and Littlefield, 2022).

13 comments for “What Worries the US Most About Lula”