The imperial spinmeisters for the U.S. proxy war in Ukraine are trying to get us to believe that de-escalation is dangerous. 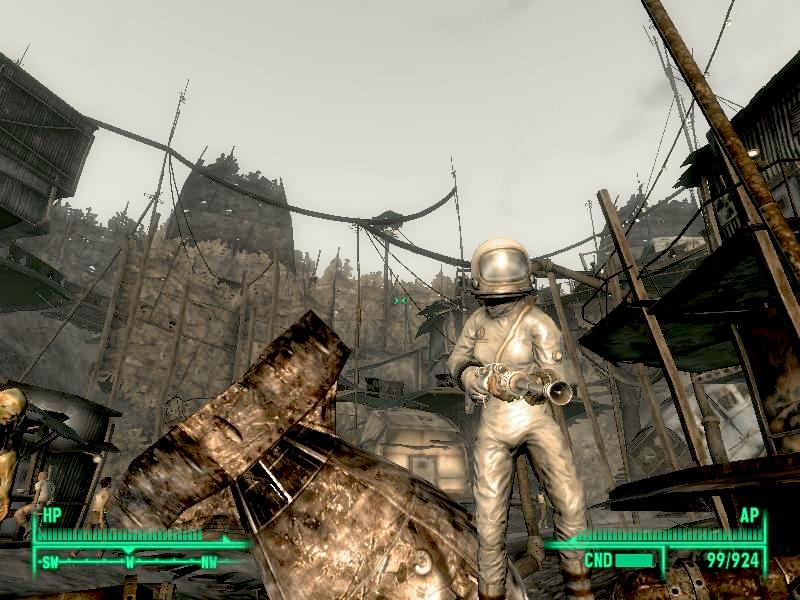 Of all the narratives circulated about the U.S. proxy war in Ukraine, the dumbest so far has got to be the increasingly common claim that aggressively escalating nuclear brinkmanship is safe and de-escalating is dangerous.

We see a prime example of this self-evidently idiotic narrative in a new Business Insider article, “Putin’s nuclear threats are pushing people like Trump and Elon Musk to press for a Ukraine peace deal. A nuclear expert warns that’s ‘dangerous.’”

“An understandable desire to avoid a nuclear war could actually make the world more dangerous if it means rushing to implement a ‘peace’ in Ukraine that serves Russian interests,” writes reliable empire apologist Charles Davis. “Such a move, which some influential figures have called for, risks setting a precedent that atomic blackmail is the way to win wars and take territory troops can’t otherwise hold, a model that could be copycatted by even the weakest nuclear-armed states, and may only succeed at delaying another war.”

Not every day that a headline can fully capture the depravity of US media and political culture: pic.twitter.com/oMRhBmWFfU

Davis’ sole source for his article is the U.N. Institute for Disarmament Research’s Pavel Podvig, who is very openly biased against Russia.

“The West supports Ukraine with weapons and financial and moral and political support. Giving that up and saying that, ‘Well, you know, we are too afraid of nuclear threats and so we just want to make a deal’ — that would certainly set a precedent that would not be very positive,” says Podvig. “If you yield to this nuclear threat once, then what would prevent Russia in the future — or others — to do the same thing again?”

Like other empire apologists currently pushing the ridiculous “de-escalation actually causes escalation” line, Davis and Podvig argue as though nuclear weapons just showed up on the scene a few days ago, as if there haven’t been generations of Western policies toward Moscow which have indeed involved backing down and making compromises at times because doing so was seen as preferable to risking a nuclear attack.

We survived the Cuban Missile Crisis because U.S. President John F. Kennedy secretly acquiesced to Soviet Premier Nikita Khrushchev’s demands that the U.S. remove the Jupiter missiles it had placed in Turkey and Italy, which was what provoked Moscow to move nukes to Cuba in the first place. 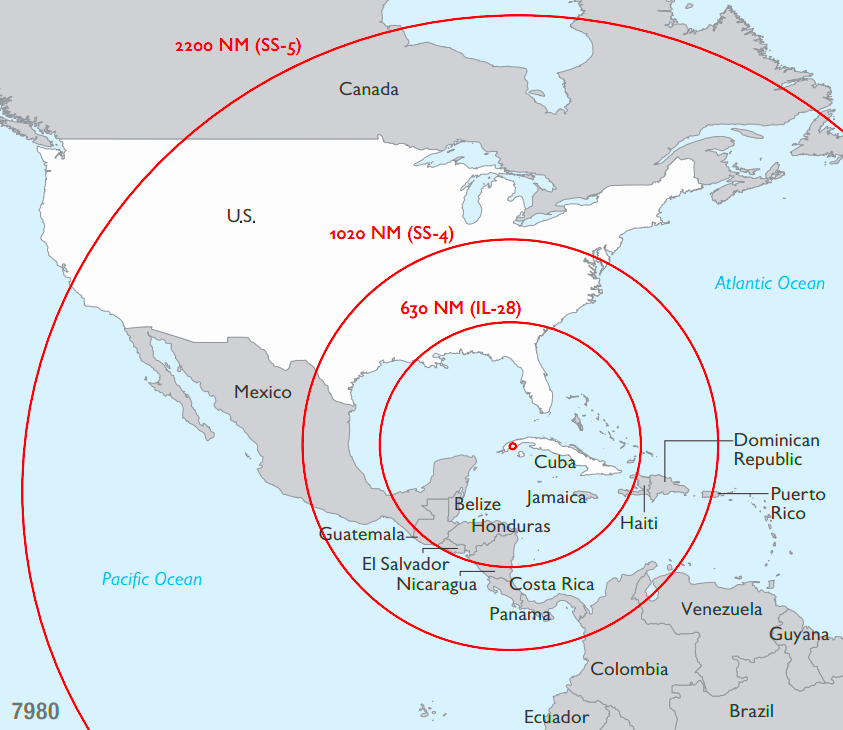 The relative ranges Soviet weapons  — the Il-28, SS-4 and SS-5 — based on Cuba in nautical miles in October 1962. (Defense Intelligence Agency, Wikimedia Commons)

Throughout the Cold War the Soviet Union insisted on a sphere of influence to which U.S. strategists granted a wide berth, exactly because it was a nuclear superpower. Even as recently as the Obama administration the U.S. president maintained that “Ukraine, which is a non-NATO country, is going to be vulnerable to military domination by Russia no matter what we do.”

Nevertheless, we’re seeing this new “escalation is safety and de-escalation is danger” narrative pushed with increasing forcefulness by imperial spinmeisters, because it would take a lot of force indeed to get people to accept something so self-evidently backwards and nonsensical.

All of you who are saying that we have to give in to nuclear blackmail are making nuclear war more likely. Please stop. When you give in to it, you empower dictators to do it again, encourage worldwide nuclear proliferation, and make nuclear war much, much more likely.

“All of you who are saying that we have to give in to nuclear blackmail are making nuclear war more likely. Please stop,” tweeted Yale University history professor Timothy Snyder recently. “When you give in to it, you empower dictators to do it again, encourage worldwide nuclear proliferation, and make nuclear war much, much more likely.”

“Nuclear war comes because we’ve done too little not too much,” tweeted Alexander Vindman, a key player in advancing the Trump-Ukraine scandal, further pushing the narrative that greater escalation is where the safety is.

In response to a tweet by France’s President Macron saying “We do not want a World War,” Paul Massaro, a senior policy advisor for the U.S. government’s Helsinki Commission, tweeted, “Precisely this sort of weak, terrified language leads Russia to escalate.”

Imagine being so warped and twisted that you see that as a sane response to the most normal statement anyone can possibly make.

Must be a tough existence being so afraid. The #Ukrainians started as the underdog but still fought and now will win. Ole snowflake @DavidSacks is trembling as he blames America for the invasion. #nafo https://t.co/1LN15hNzeJ

The Nation’s Katrina vanden Heuvel somehow pulled off the heroic feat of getting an article advocating de-escalation published in The Washington Post with a piece titled “The Cuban missile crisis was 60 years ago, but it’s urgently relevant today.” Reminding us how close we came to total annihilation and how we only survived getting so recklessly close to nuclear war by “plain dumb luck,” she argues that humanity cannot risk going to the brink like that again.

“Humanity cannot afford to spin the cylinder again in this game of Russian roulette; we must unload the gun. Our only path forward is de-escalation,” vanden Heuvel writes.

Indeed it is. It’s absolutely insane that humanity is risking its own extinction over these games of empire-building and planetary domination when we’ve got so many other existential hurdles we need to focus on clearing.

This is all completely unnecessary. There’s nothing inscribed upon the fabric of reality saying states need to be waving Armageddon weapons at each other. There’s no valid reason not to lay aside these games of global conquest and collaborate together toward a healthy coexistence on this planet.

We could have such a beautiful world. All the energy we pour into competition and conquest could go toward innovation that benefits us all, making sure everyone has enough, eliminating human suffering and the need for human toil. We’re trading heaven on earth for elite ego games.

9 comments for “Caitlin Johnstone: The Lunatic Argument That Nuclear Brinkmanship Makes Us Safe”