The Sahel coups are against conditions of life afflicting most of the region’s people, writes Vijay Prashad — conditions created by theft of sovereignty by multinationals and the old colonial ruler. 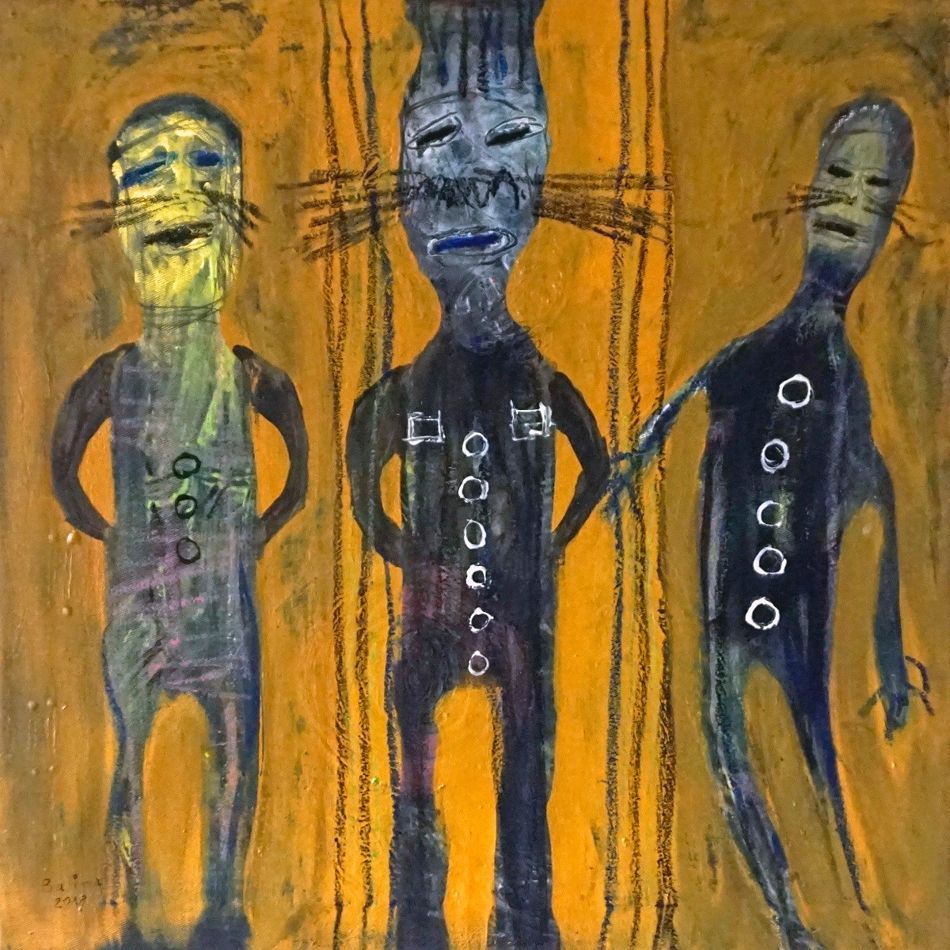 On Sept. 30, Captain Ibrahim Traoré led a section of the Burkina Faso military to depose Lieutenant Colonel Paul-Henri Sandaogo Damiba, who had seized power in a coup d’état in January.

The second coup was swift, with brief clashes in Burkina Faso’s capital of Ouagadougou at the president’s residence, Kosyam Palace, and at Camp Baba Sy, the military administration’s headquarters.

Captain Kiswendsida Farouk Azaria Sorgho declared on Radiodiffusion Télévision du Burkina (RTB), the national broadcast, that his fellow captain, Traoré, was now the head of state and the armed forces. “Things are gradually returning to order,” he said as Damiba went into exile in Togo. 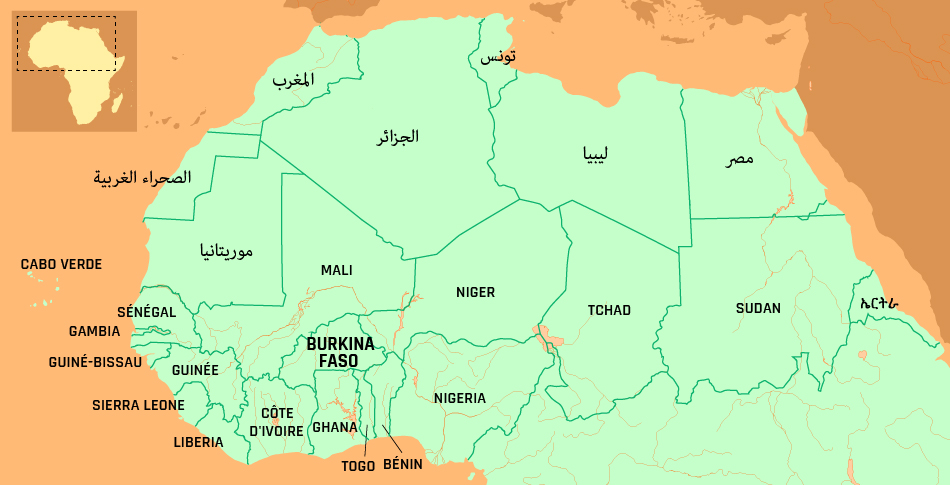 This coup is not a coup against the ruling order, a military platform called the Patriotic Movement for Safeguarding and Restoration (Mouvement patriotique pour la sauvegarde et la restauration or MPSR); instead, it stems from young captains within the MPSR.

During Damiba’s brief tenure in power, armed violence increased by 23 percent, and he failed to fulfil any of the promises that the military made when it overthrew former President Roch Kaboré, an ex-banker who had ruled the country since 2015.

L’Unité d’Action Syndicale (UAS), a platform of six trade unions in Burkina Faso, is warning about the “decay of the national army,” its ideological disarray manifested by the high salaries drawn by the coup leaders.

Kaboré was the beneficiary of a mass insurrection that began in October 2014 against Blaise Compaoré, who had been in power since the assassination of Thomas Sankara in 1987.  It is worth noting that in April, while exiled in Côte d’Ivoire, Compaoré was sentenced to life imprisonment in absentia for his role in that murder.

Many of the social forces in the mass uprisings arrived on the streets bearing pictures of Sankara, holding fast to his socialist dream.

The promise of that mass movement was suffocated by Kaboré’s limited agenda, stifled by the International Monetary Fund and hindered by the seven-year jihadist insurgency in northern Burkina Faso that has displaced close to 2 million people.

While the MPSR coup has a muddled outlook, it responds to the deep social crisis afflicting the fourth-largest producer of gold on the African continent. 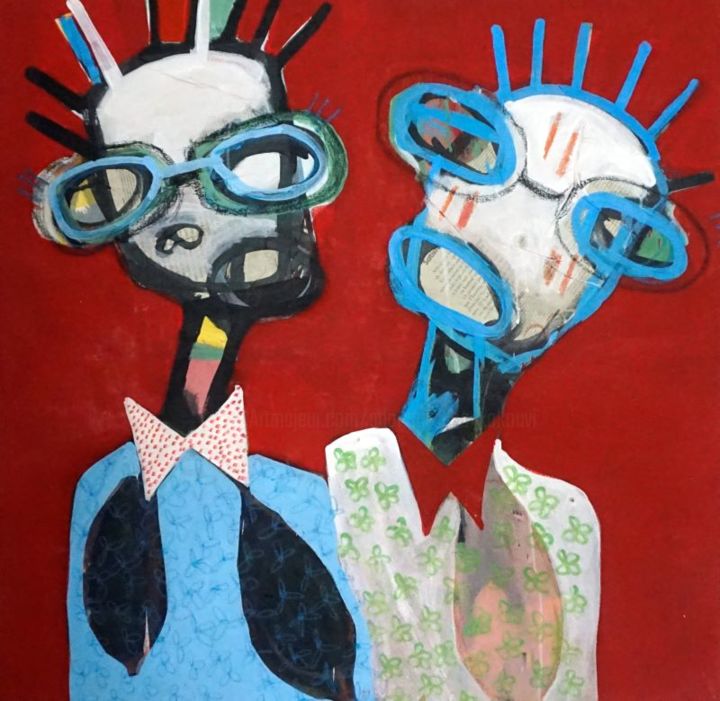 In August, French President Emmanuel Macron visited Algeria. As Macron walked through the streets of Oran, he experienced the anger of the Algerian public, with people yelling insults — va te faire foutre! (‘go f**k yourself’) — forcing him to hurriedly depart.

France’s decision to reduce the number of visas provided to Moroccans and Tunisians fuelled a protest by human rights organisations in Rabat (Morocco), and France was forced to dismiss its ambassador to Morocco.

Anti-French feeling is deepening across North Africa and the Sahel, the region south of the Sahara Desert. It was this sentiment that provoked the coups in Mali (August 2020 and May 2021), Guinea (September 2021), and then in Burkina Faso (January 2022 and September 2022).

Over the past decade, North Africa and the Sahel have been grappling with the detritus produced by NATO’s war on Libya, driven by France and the United States. NATO emboldened the jihadi forces, who were disoriented by their defeat in the Algerian Civil War (1991–2002) and by the anti-Islamist policies of Muammar Qaddafi’s administration in Libya.

Indeed, the U.S. brought hardened jihadi fighters, including Libyan Islamic Fighting Group veterans, from the Syria-Turkey border to bolster the anti-Qaddafi war. This so-called rat line moved in both directions, as jihadis and weapons went from post-Qaddafi Libya back into Syria. 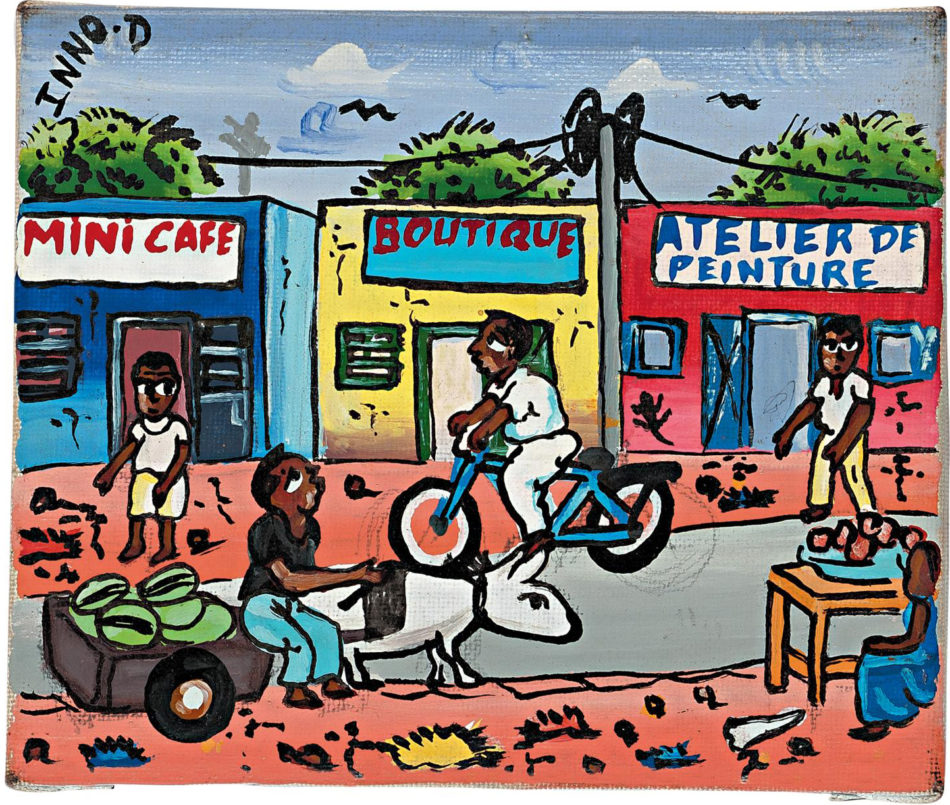 Groups such As al-Qaeda (in the Islamic Maghreb) as well as al-Mourabitoun, Ansar Dine, and Katibat Macina — which merged into Jama’at Nusrat al-Islam wal-Muslimin (“Group for the Support of Islam and Muslims”) in 2017 — swept from southern Algeria to Côte d’Ivoire, from western Mali to eastern Niger. These jihadis, many of them Afghanistan War veterans, are joined by common cause with local bandits and smugglers.

This “banditisation of jihad,” as it is called, is one explanation for how these forces have become so deeply rooted in the region. Another is that the jihadis used older social tensions between the Fulani (a largely Muslim ethnic group) and other communities, now massed into militia groups called the Koglweogo (“bush guardians”).

Drawing various contradictions into the jihadi-military conflict has effectively militarised political life in large parts of Burkina Faso, Mali and Niger. France’s involvement through Operation Barkhane, a military intervention into Mali in 2014, and its establishment of military bases has not only failed to contain or root out the insurgencies and conflicts; it has exacerbated them.

The Union d’Action Syndicale has released a 10-point plan that includes immediate relief for the areas facing starvation (such as Djibo), an independent commission to study violence in specific areas (such as Gaskindé), the creation of a plan to deal with the cost of living crisis, and an end to the alliance with France, which would include the “departure of foreign bases and troops, especially French ones, from national territory.” 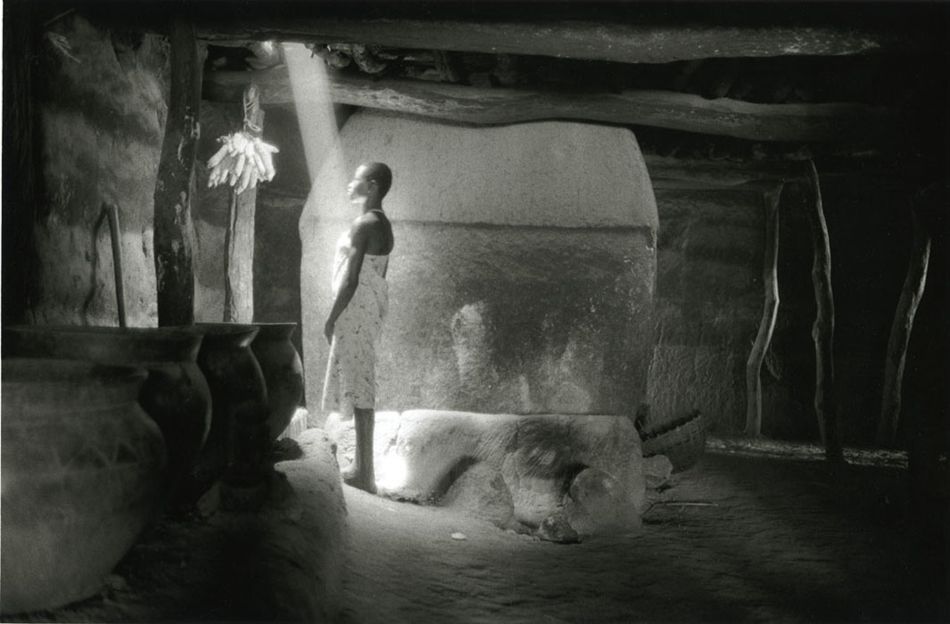 A recent United Nations report shows that 18 million people in the Sahel are on “the brink of starvation.” The World Bank notes that 40 percent of Burkinabé live below the poverty line. Neither civilian nor military governments in Burkina Faso, nor those in other Sahel countries, have articulated a project to transcend this crisis.

Burkina Faso, for instance, is not a poor country. With a minimum of $2 billion per year in gold sales, it is extraordinary that this country of 22 million people remains mired in such poverty.

The bulk of the revenue is siphoned off by mining firms from Canada and Australia — Barrick Gold, Goldrush Resources, Semafo and Gryphon Minerals — as well as their counterparts in Europe. These firms transfer the profits into their own bank accounts and some, such as Randgold Resources, into the tax haven of the Channel Islands.

Local control over gold has not been established, nor has the country been able to exert any sovereignty over its currency. Both Burkina Faso and Mali use the West African CFA franc, a colonial currency whose reserves are held in the Bank of France, which also manages their monetary policy.

The coups in the Sahel are coups against the conditions of life afflicting most people in the region, conditions created by the theft of sovereignty by multinational corporations and the old colonial ruler.

Rather than acknowledge this as the central problem, Western governments deflect and insist that the real cause of political unrest is the intervention of Russian mercenaries, the Wagner Group, fighting against the jihadi insurgency (Macron, for instance, described their presence in the region as “predatory”).

Yevgeny Prigozhin, a founder of the Wagner Group, said that Traoré “did what was necessary… for the good of their people.”

Meanwhile, the U.S. State Department warned the new Burkina Faso government not to make alliances with the Wagner Group. However, it appears that Traoré is seeking any means to defeat the insurgency, which has absorbed 40 percent of Burkina Faso’s territory.

Despite an agreement with the Economic Community of West African States (ECOWAS) made by Damiba and continued by Traoré that Burkina Faso will return to civilian rule by July 2024, the necessary conditions for this transfer seem to be the defeat of the insurgency. 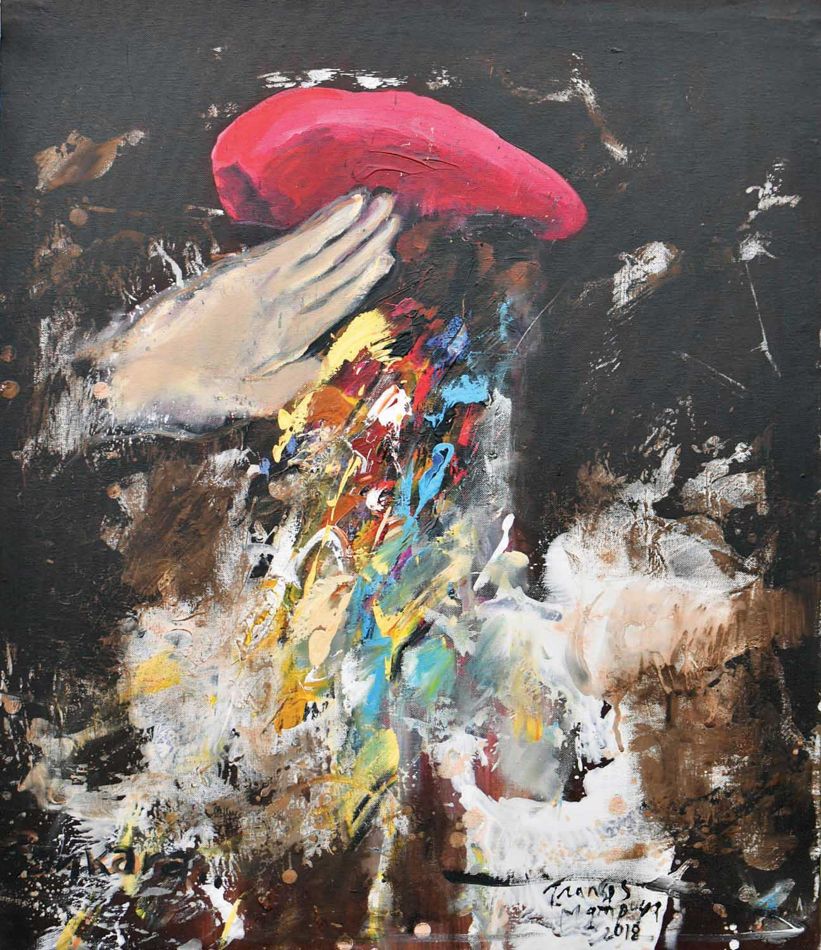 In 1984, President Thomas Sankara went to the U.N. When he took power in his country the previous year, its colonial name was Upper Volta, solely defined by its geographical status as the land north of the Volta River.

Sankara and his political movement changed that name to Burkina Faso, which means the “Land of Upright People.” No longer would the Burkinabé hunch their shoulders and look at the ground as they walked. With national liberation, the “stars first began to shine in the heavens of our homeland,” Sankara said at the U.N., as they realised the need for “revolution, the eternal struggle against all domination.”

“We want to democratise our society,” he continued, “to open up our minds to a universe of collective responsibility, so that we may be bold enough to invent the future.”

Sankara was killed in October 1987. His dreams have held fast in the hearts of many, but they have not yet influenced a sufficiently powerful political project.

In the spirit of Sankara, the Malian singer Oumou Sangaré released a wonderful song, “Kêlê Magni” or “War Is a Plague,” in February, which speaks for the entire Sahel:

War is a plague! My country might disappear!
I tell you: war is not a solution!
War has no friends nor allies, and there are no real enemies.
All people suffer from this war: Burkina, Côte d’Ivoire… everyone!

4 comments for “When Will the Stars Align Again for Burkina Faso?”