Doctors for Assange on Monday implored the British home secretary and the U.S. attorney general to release Julian Assange from “extraordinarily cruel” prison conditions that “imperil” his health.

Threats to Assange's health are the cumulative result of extraordinarily cruel, unusual, degrading & inhuman conditions imposed on him. This includes 10 years in arbitrary detention w/periods of solitary confinement despite never having been convicted of a crime. https://t.co/1ZhTlGsDt9 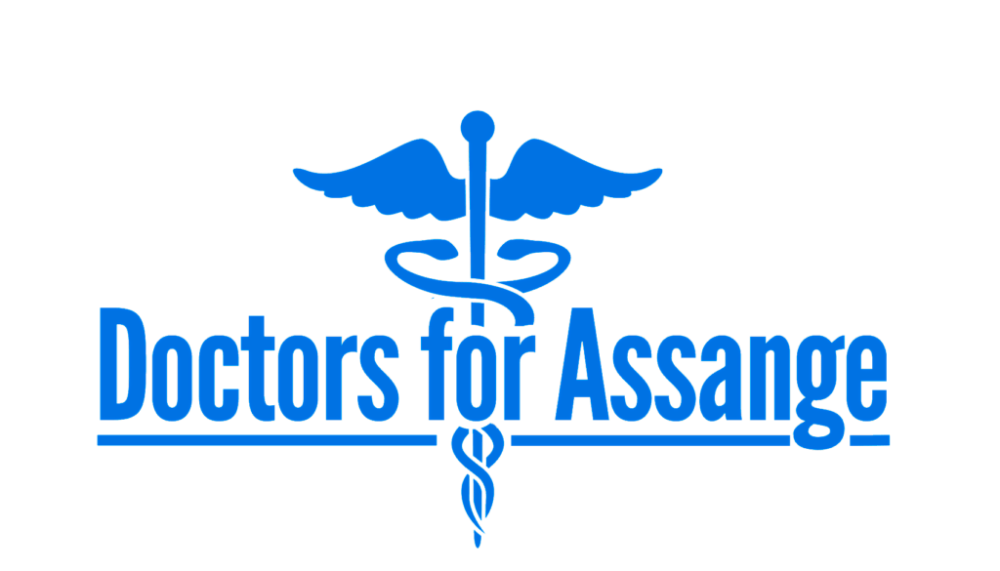 We, a group of over 300 doctors, psychiatrists, psychologists and other health care professionals from more than 35 countries, are deeply concerned that the ongoing extradition threatens not only the health of Julian Assange, but also the health of our democracy. For the sake of both, we implore you to drop the charges and release Mr. Assange from Belmarsh prison immediately.

In calling for Mr. Assange’s freedom, we join the ever-growing chorus of protest [1], including the thousands of people around the world [2] who demonstrated on October 8, 2022 against Mr. Assange’s detention in the UK and his attempted extradition to the US.

The threats to Mr. Assange’s health are the cumulative result of extraordinarily cruel, unusual, degrading and inhuman conditions imposed on him. This includes:

In addition, Mr. Assange has faced the firepower of at least three US government entities involved in the effort to extradite him, including the Department of Justice overseeing the attempted prosecution, the CIA conducting illegal surveillance and drawing up plans for kidnap and assassination, and the FBI overseeing and greenlighting computer crimes in Iceland committed by a hacker in a scheme to falsely implicate Mr. Assange, as corroborated by the government of Iceland [5].

Adding to the stress of a lawless persecution, Mr. Assange has also lived with the knowledge of the impossibility of a fair trial if extradited to the US. The public interest served by the publications in question (including the Iraq and Afghanistan War Logs) was overwhelming and helped bring the catastrophic war in Iraq to a close. Yet, perversely, public interest may not be considered in prosecutions under the Espionage Act. In addition, no national security defendant has ever been acquitted in the Eastern District of Virginia, where Mr. Assange would be tried [6].

These conditions are collectively tantamount to psychological torture, as assessed by the former United Nations Rapporteur on Torture, Nils Melzer [7], and other medical experts in the field, including Professor Duarte Nuno Vieira [8] and Dr Pau Pérez-Sales [9].

As health care professionals we have an ethical obligation to denounce torture where we see it, and to seek to end it. That is why we have called for an end to the persecution of Julian Assange since our founding three years ago, and why we again call for an end to his extradition once and for all.

The psychological torture resulting from these abuses has been grinding down Mr. Assange’s mental and physical health for over a decade. This has generated not only the risk of suicide, which would be further aggravated by the brutal conditions in US prisons. It also increases the risk of physical illnesses like cardiovascular disease, known to increase under conditions of psychological stress [10]. Confirming these concerns, Mr. Assange has already experienced a mini-stroke, which occurred on the first day of his extradition hearing in the UK High Court.

Compounding these health injustices, Mr. Assange was reported to have tested positive for Covid-19 on October 8, 2022. Given his chronic lung ailment, Mr. Assange may be at increased risk of serious illness resulting from Covid infection. In addition, Mr. Assange’s mental health is placed at further risk by the solitary confinement he has been forced to endure since his positive Covid test.

It is a travesty that a remand prisoner never convicted of a crime is languishing in Britain’s most notorious high security prison, when he shouldn’t have been imprisoned in the first place. The critical nature of Mr. Assange’s physical and psychological health underscores the need for his immediate release from prison. Only then can he receive the independent, high-quality, consistent health care which he requires, and which cannot be provided in a high security prison. Releasing Julian Assange will also bring to a close a case that is damaging press freedom across the globe and judicial integrity in the UK and the US.

For all these reasons, we request that you urgently intervene to end the extradition process and ensure Julian Assange is promptly released.

We look forward to hearing from you and would be grateful for a prompt response in light of the serious and urgent subject matter. Please address your reply to info@doctorsforassange.org.

Doctors for Assange is a group of over 300 medical professionals from 35 countries formed in October 2019 to voice concerns about the health of Julian Assange and to condemn the violations of his right to health, to doctor-patient confidentiality and to be free from torture.

[1] Reporters without borders lead a coalition of 16 organisations in urging the Home Secretary to urgently intervene in Assange extradition https://rsf.org/en/uk-rsf-leads-coalition-16-organisations-urging-home-secretary-suella-braverman-urgently-intervene

[3] US agencies spying on Julian Assange in the Ecuadorian embassy https://www.youtube.com/watch?v=qfWoIAsIn6Y

[7] Nils Melzer confirms psychological torture of Julian Assange at a session of the UN https://youtu.be/UGqVx_L-Y7M?t=267

[8] Professor Duarte Nuno Vieira is Full Professor (of Forensic Medicine, Forensic Sciences, Ethics and Medical Law) at the Faculty of Medicine of the University of Coimbra (Portugal) and at the Faculty of Health Sciences of the University of Beira Interior. https://www.uc.pt/fmuc/pessoas/docentes/DNVieira; https://www.researchgate.net/profile/Duarte-Vieira

[9] Dr Pau Perez-Sales is a psychiatrist and director of the Universidad Complutense de Madrid‘s Post-Doctoral Degree in Mental Health in Political Violence and Catastrophe. https://en.m.wikipedia.org/wiki/Pau_P%C3%A9rez-Sales; https://www.researchgate.net/profile/Pau-Perez-Sales

[10] Clinical study on the correlation between psychological stress and systemic inflammation as a major factor for cardiovascular disease https://pubmed.ncbi.nlm.nih.gov/36115323/

← The Response NewsGuard Rejected
When Will the Stars Align Again for Burkina Faso? →