Home Depot is the latest workplace being organized. While profits at the home-repair chain have broken records during the pandemic, workers at a store in Philadelphia struggle to afford necessities, Jonah Furman reports. 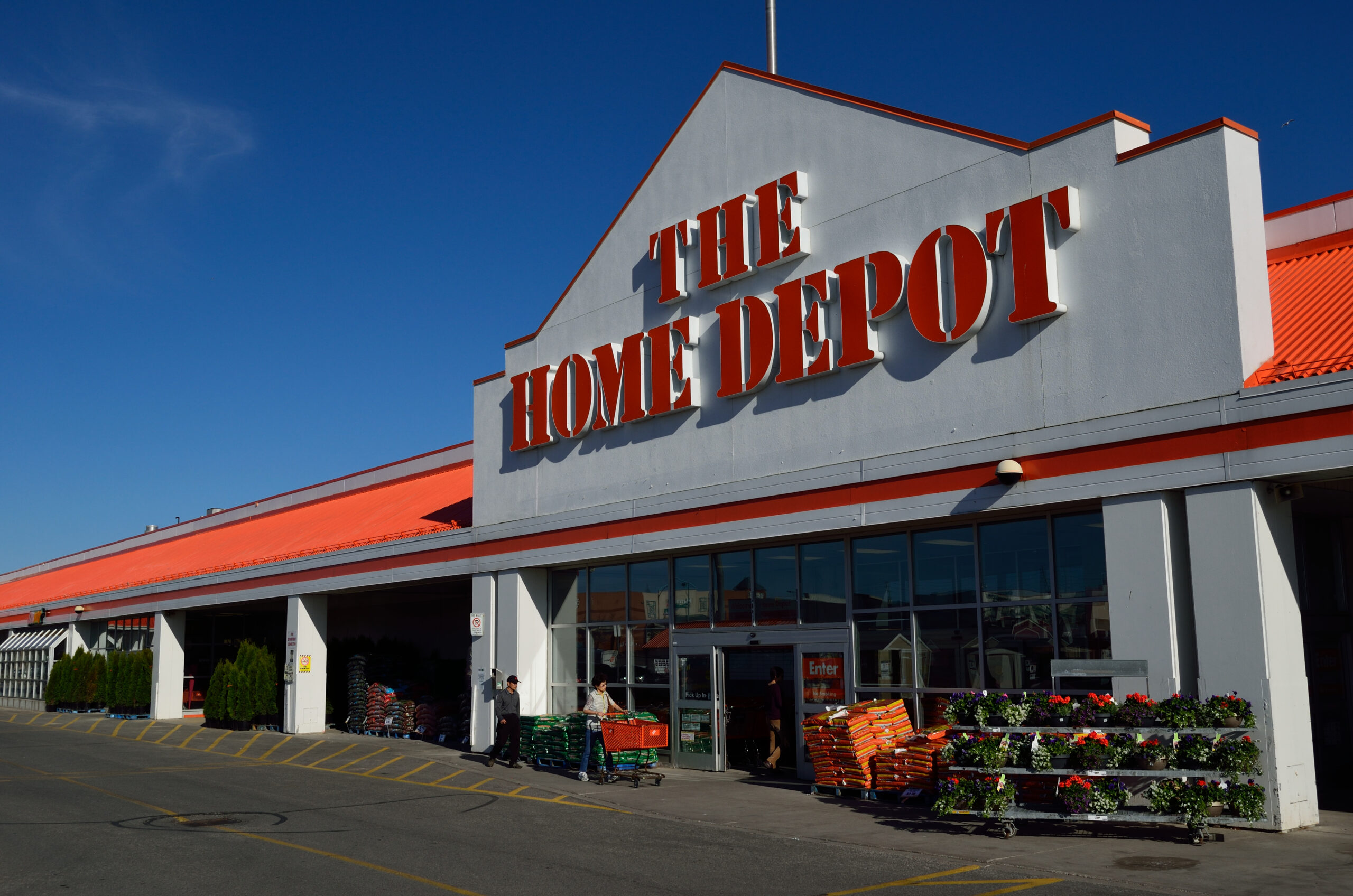 On Sept. 19, workers filed a petition to organize a union among 276 workers at a Home Depot in northeast Philadelphia. If successful, the independent union would be the first at the home repair chain, the fifth-largest private employer in the U.S with 500,000 employees.

Vince Quiles, who’s worked at the store for five years, says the union effort gathered over 100 signatures for an election in just five weeks.

At the beginning of the pandemic, Quiles was promoted to supervisor in the plumbing department. Plumbing is the highest-volume section of the store, with around 6,000 sales per day, but the company did little to prepare him. “No training, no staff,” says Quiles. “They said, ‘You’re good with people, go figure it out.’”

Quiles ended up running the department so well that he was eventually offered a promotion to be put on a management track. He turned it down. “If I move up I’m basically just going to be f***ing over the people that I’m cool with, that I go to work with every day, who talk to me about their families,” says Quiles. “And I’m supposed to look these people in the eye when they ask for a raise and say the company can’t afford it.” 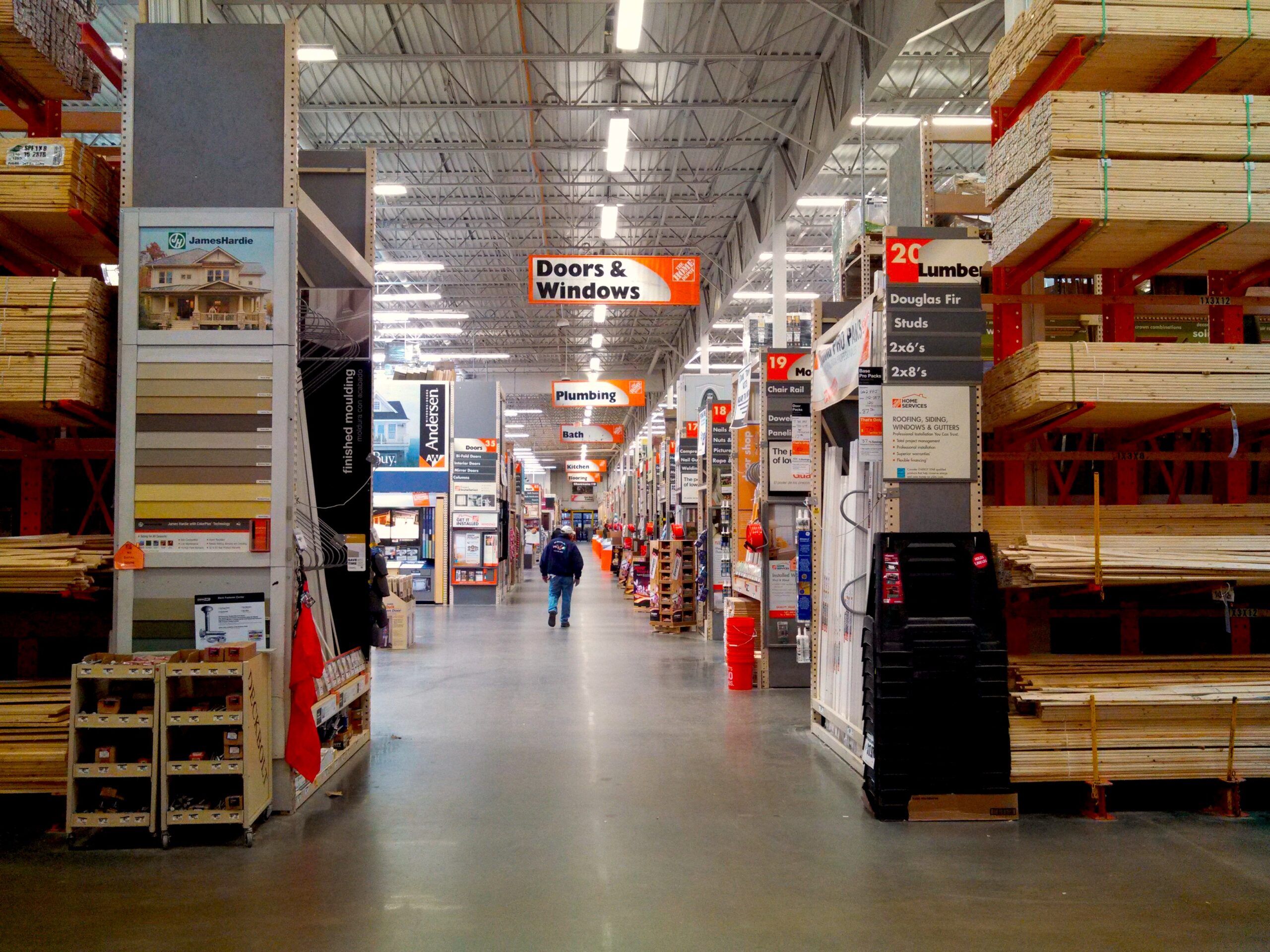 Home Depot, which has 2,317 stores in the U.S., Canada and Mexico, has raked in record-breaking profits during the pandemic, fueled by a surge of homeowners seeking to improve their properties. With demand rising, the company raised its prices. Higher prices drove down transactions among lower-income customers, but higher-income customers more than made up for the loss. “In the second quarter [of 2022], we delivered the highest quarterly sales and earnings in our company’s history,” CEO Ted Decker recently announced.

Quiles began asking why the company couldn’t pay its workers more. Last year, Home Depot made $16 billion in profit. In a meeting with a regional vice president, Quiles questioned why the company couldn’t pay premiums for operating machinery like forklifts, or for translating for Spanish-language customers, or for working in multiple departments. The regional manager touted that the company had spent a billion dollars on employee compensation. “You spent one billion dollars over 500,000 employees,” Quiles remembers saying, “and $15 billion dollars in stock buybacks” — not to mention $7 billion more on investor dividends.

Meanwhile, workers at the Home Depot in Philadelphia routinely worry about paying bills, having enough food for both their kids and themselves, or paying rent. The starting wage at the store is around $14.50. The Walmart they share a shopping center with pays more.

All of this has meant workers leaving. With uncompetitive pay, crushing customer volume and little-to-no training, it was hard to retain new employees. One day, Quiles recalls, he ran into a new associate, Aaron, working in the plumbing department. He tried to train him, but kept getting pulled to other assignments or questions. Customers would come up showing pictures of complicated plumbing repairs and asking for solutions, which staff couldn’t answer.

“I can’t tell you how many pictures I would see, like, ‘Bro how do I fix this?’” recalls Quiles. “I would have so many people get mad saying, ‘If you don’t know this, why do you work in the plumbing department?’ I was like, ‘If I knew this shit, I would be a plumber, not making $19.25 an hour as a supervisor.’” Within two months, Aaron, the new associate, making $14.50 an hour, overwhelmed by the volume of the job, and with no meaningful training, had quit.

Having taken his concerns up the corporate chain, Quiles decided change wasn’t going to come voluntarily from management. So, he started doing more research.

Quiles watched the Amazon union drive in Staten Island, and became fascinated with Chris Smalls’ path. It wasn’t dissimilar; Smalls had also been promoted within Amazon, started voicing concerns and complaints, and found himself being stonewalled by management. And the scale of the Amazon Labor Union’s victory in Staten Island gave Quiles hope: “If Chris Smalls could do that at a warehouse of over 8,000 people, we can do it in our store of 300.”

In just five weeks, he and a few co-workers collected over 100 signatures, and submitted them to the Board.

About a month ago, Home Depot management caught wind of the effort. They posted flyers around the store that said, “You Ask, We Listen,” and sent out employee surveys to address concerns. They talked about designating employee-only restrooms, and setting up port-a-potties outside for customers. But they wouldn’t talk about the core issues workers were organizing around.

“You’re talking about an employee bathroom, you’re not talking about why people won’t stay. You can’t go and give a chess player only five pawns and you won’t have a knight, a bishop, or a rook, and say, ‘Go win the game.’”

White-collar management was flown into the store to hold captive-audience meetings and one-on-one conversations with employees about how little a union could do for them. The store manager was switched out overnight. But Quiles thinks the move is backfiring. “Now it’s funny, corporate’s walking around the store and talking to people,” says Quiles, “and they think they’re doing something, but it’s backfiring. People are like ‘Oh, we filed for a union, now you care?’”

Jonah Furman is a staff writer and organizer for Labor Notes.

This article is from Labor Notes.  A version of this article was originally published at More Perfect Union.

← The Insanity That Grips Washington
The Timing of the Pipeline Attack →

4 comments for “Unionism in US Keeps Spreading”