As Western powers warn of nefarious Chinese and Russian designs, Anis Chowdhury and Jomo Kwame Sundaram outline how the brutal history of the Western powers in Africa makes the case for non-alignment. 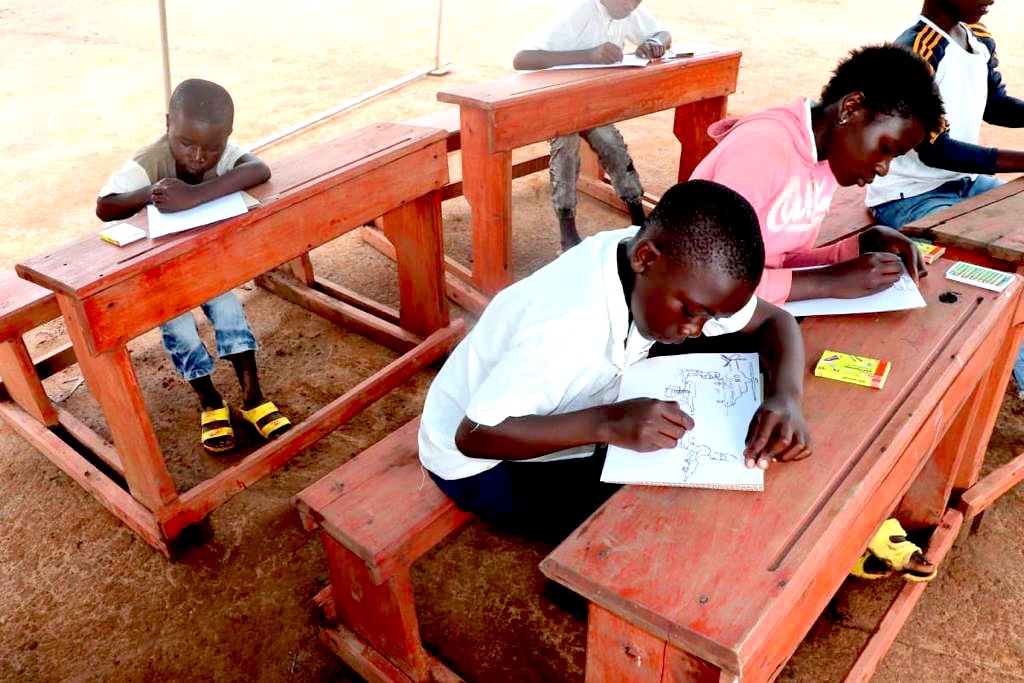 After a quarter century of economic stagnation, African economic recovery early in the 21st century was under great pressure even before the pandemic, due to new trade arrangements, falling commodity prices and severe environmental stress.

Africa’s borders were drawn up by European powers, especially following their “Scramble for Africa” from 1881 ending by World War I. Various culturally, linguistically and religiously different “ethnic” groups were forced together into colonies, to later become post-colonial “nations.” 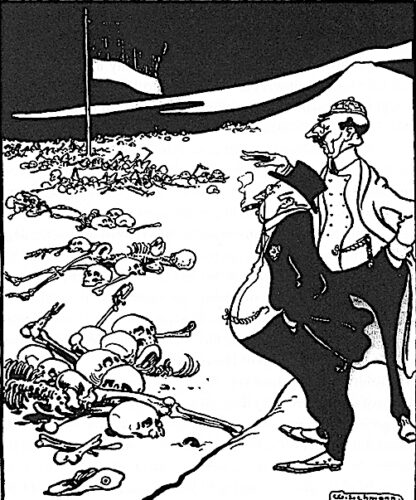 Political cartoon from the Social Democratic journal Der Wahre Jakob about the mass deaths of Herero people in the Namib desert in 1904. (Wikimedia Commons)

Namibia’s Herero and Nama peoples revolted unsuccessfully against German occupation in 1904. General Lothar von Trotha then ordered “every Herero … shot.” Four-fifths of the Herero and half the Nama died.

Communities were surrounded, with many killed. Others were held, with many dying in concentration camps, or driven into the desert to die of starvation. In 1984, the U.N. Whitaker Report concluded the atrocities were among the worst 20th century genocides.

Imperial power also ensured captive colonial markets for uncompetitive post-war European manufactures. Recovery and competition brought down commodity prices, especially after the Korean War boom. For well over a century, such prices have declined against those for manufactures.

Although Germany lost its few colonies in Africa after losing the First World War, the influential West German Die Welt wondered wistfully in 1960, “Is Africa getting away from Europe?”

From Decolonization to Cold War
The U.S. was the first nation to recognize Belgian King Leopold II’s personal claim to the Congo River basin in 1884. When Leopold’s brutal atrocities and exploitation of his private Congo Free State domain, killing millions, could no longer be denied, other European powers forced Belgium to directly colonize the country.

Since then, the U.S. has shaped the Congo’s destiny. The U.S. has been keenly interested in its massive mineral resources. Congolese uranium, the richest in the world, was used in the Hiroshima and Nagasaki nuclear bombs. But Washington would not allow Africans to control their own strategic materials.

Patrice Lumumba became the first elected prime minister of the Democratic Republic of the Congo (DRC). An advocate of pan-African economic independence, his wish for genuine independence and sovereign control of DRC resources threatened powerful interests.

Lumumba was brutally humiliated, tortured and murdered in January 1961. The shameful assassination involved both U.S. and Belgian governments which collaborated with Lumumba’s Congolese rivals.

Struggling to Stand Up 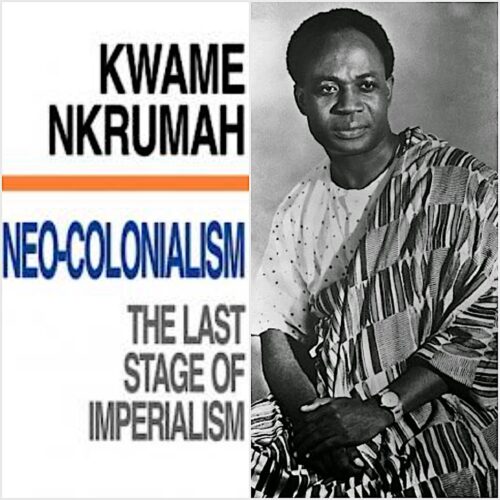 The U.S., U.K. and World Bank agreed to finance the Akosombo Dam, on condition it provided cheap energy to a subsidiary of Kaiser Aluminium to process alumina [aluminium oxide] for export to the U.S. parent company. This arrangement was only rescinded decades later, early this century.

Ghana made technical cooperation agreements with the Czechs and Soviets to build two other dams. But both were ended after Nkrumah was overthrown in a military coup abetted by Washington in February 1966. Thus, Nkrumah’s development ambitions for Ghana were killed.

Western antagonism ensured Ujamaa’s failure, while his efforts were harshly condemned to deter other Africans from trying to chart their own paths.

Meanwhile, Nyerere’s pro-Western contemporaries were supported by the West. Such countries, e.g., neighbouring Kenya and Uganda, received much more Western aid although their development records have not been much better.

At independence, Zambia had no universities, with only 0.5 percent completing primary education. The country’s copper mines were mostly in British hands. Most people survived on limited land for the villagers, without electricity and other amenities.

After the U.S. and World Bank refused to help, he reached out to the Soviet bloc and China. China built a $500 million railway linking Zambia to the Indian Ocean through Tanzania.

Côte d’Ivoire has long been a major producer of cocoa and coffee. But three decades of misrule by its pro-Western founding father, Felix Houphouet-Boigny, ensured endemic poverty and stark inequalities, culminating in civil war.

Meanwhile, Ivorian cocoa was withheld to secure better prices. But both efforts failed, as copper and cocoa prices collapsed. Thus, both nations were severely punished for trying to better their fates. 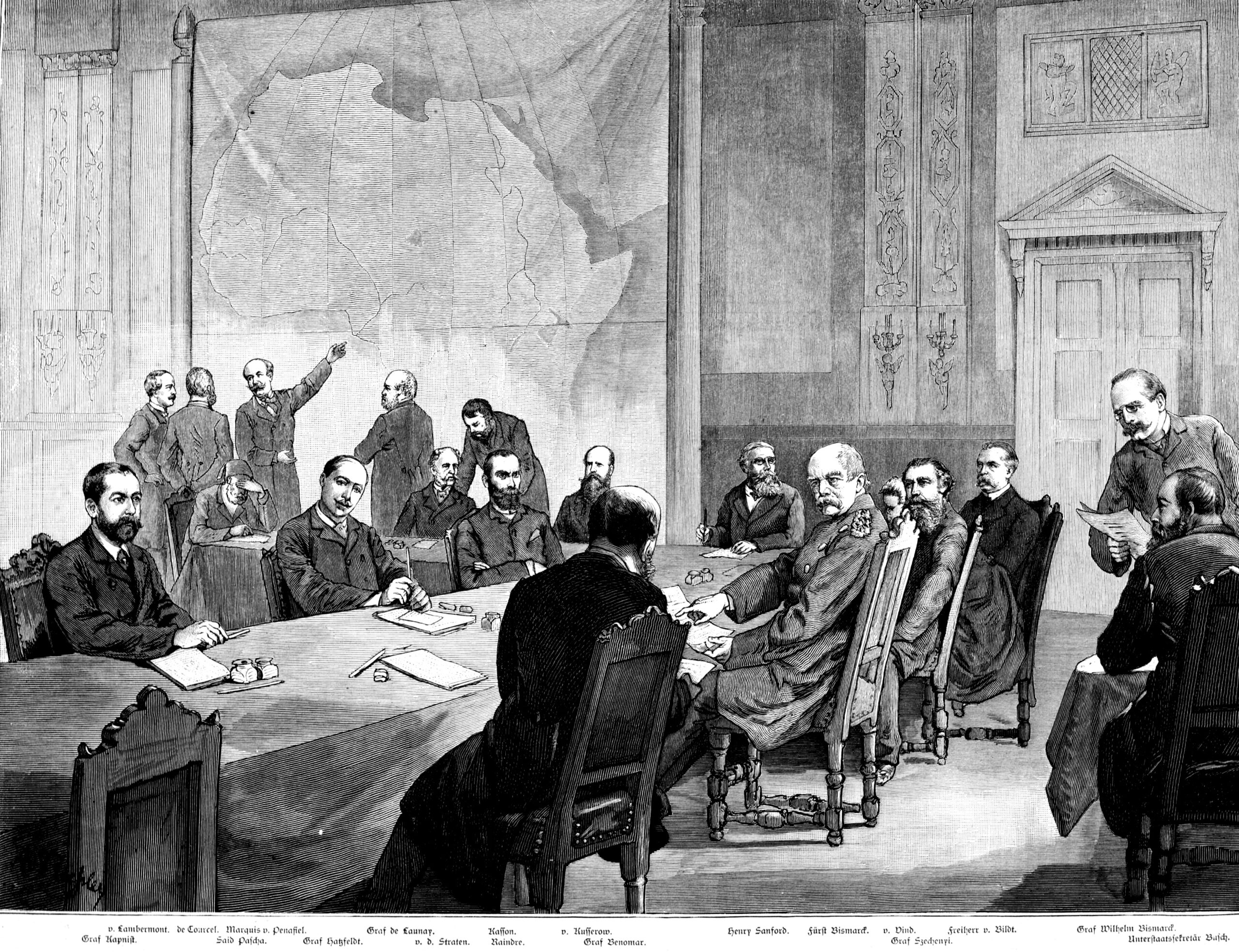 The conference of Berlin, as illustrated in “Illustrierte Zeitung.” (Wikimedia Commons)

During the first Cold War, Western hostility to African aspirations forced many to turn to the “socialist camp” to build infrastructure and develop human resources. Washington then was as concerned with economic gain as countering “Reds.”

The Kennedy administration had increased foreign aid, urging allies to do likewise. But instead of supporting African aspirations, the West pursued its own economic interests while claiming to support post-colonial aspirations.

“The IMF … makes conditions and says, ‘if you follow these examples, your economy will improve.’ But where are the examples of economies booming in the Third World because they accepted the conditions of the IMF?”

Neglected by the U.S. after the first Cold War until its 21st century African initiatives, including Africom, African nations have increasingly welcomed alternatives to the West, albeit somewhat warily.

Together, the world can help Africa progress. But if support for the long cruelly exploited continent remains hostage to new Cold War considerations, Africans will choose accordingly. Non-alignment is now the pan-African choice.

← Conditioned for War with Russia
Decolonizing the Mind →