Some lawmakers worry partial cancellation of student debts will harm military recruitment and they’ve written to the president and defense secretary about it. 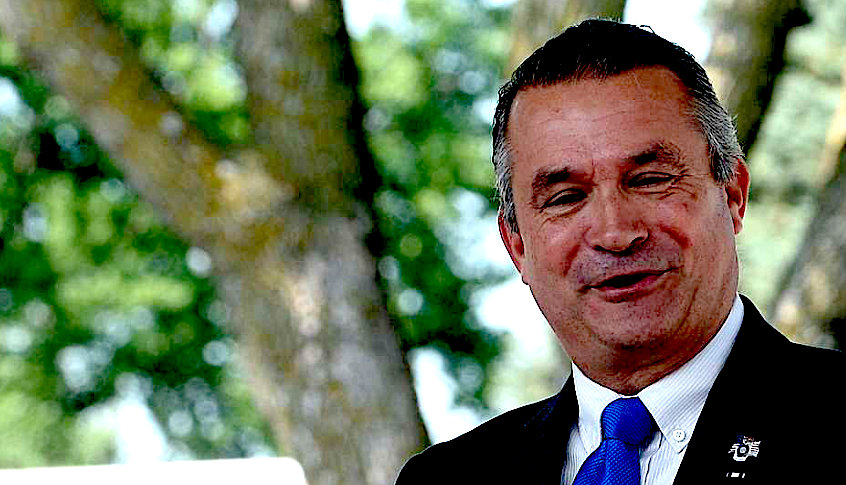 Nineteen members of the U.S. House of Representatives have written a letter [pdf] to President Joe Biden and Secretary of Defense Lloyd Austin cautioning that the partial cancellation of student debts can have the unintended consequence of reducing military recruitment in the United States.

The letter reads as follows:

We write to you to share our concerns about the unintended consequences of your decision to cancel up to $20,000 of student loan debt per borrower. We are particularly concerned about the negative impact this will surely have on our nation’s military and their ability to recruit and retain top talent.

As you know, some of the most successful recruiting incentives for the military are the GI Bill and student loan forgiveness programs. The idea that the military will pay for schooling during or after completion of a service obligation is a driving factor in many individuals’ decision to join one of the services. A recent estimate showed that as many as 178,000 servicemembers [sic] were eligible for some type of forgiveness.

By forgiving such a wide swath of loans for borrowers, you are removing any leverage the Department of Defense maintained as one of the fastest and easiest ways to pay for higher education. We recognize the loan forgiveness programs have issues of their own, but this remains a top recruiting incentive.

Currently, a mere 23 percent of the population is eligible to serve in the military. Even fewer of those have a propensity to serve. At the end of last month, the Army had only reached 66 percent of its recruiting goal for the year. The Navy, only 89 percent. It is no secret that each of the services continues to battle hardships in recruiting and now these problems will be exacerbated by removing the uniqueness of this benefit.

As the services try to adopt unique approaches to tackle their recruiting challenges, including historic bonuses, it feels like their legs are being cut out from underneath them. With this in mind, we ask for you to provide us answers to the following questions:

Thank you for your attention to this matter.”

My House colleagues and I are very concerned that the deeply flawed and unfair policy of blanket student loan forgiveness will also weaken our most powerful recruiting tool at the precise moment we are experiencing a crisis in military recruiting. https://t.co/vGEfKq0PRC

So, they’re just coming right out and admitting it. One of the reasons the U.S. government doesn’t offer the same kinds of social support systems that people have in all other wealthy nations is because otherwise there’d be no economic pressure on young Americans to sign up for service in the U.S. war machine.

This is no secret, but it’s generally considered taboo for government officials to actually say so. People have been talking about the poverty draft for many years — about the established fact that a majority of U.S. military recruits come from neighborhoods with below median income levels and that those neighborhoods are targeted for recruitment because impoverished communities often see military service as their only chance at upward mobility.

But the term “poverty draft” can create a bit of confusion, because when most Americans hear “poverty” they think homeless people and those who can barely afford to eat or keep a roof over their heads. In reality the U.S. is a nation where a majority of the population would be unable to pay for a $1,000 emergency expense from their savings, and the level at which economic pressure is felt to join the military is much higher than the very poorest of the poor.

Those economic pressures are why U.S. Army officials have explicitly said that the student loan crisis is to thank for their success in meeting recruitment goals.

How did the Army exceed its recruiting goals this year? It was the student loan crisis, not the wars, service leaders say. https://t.co/cGquM88Lhi pic.twitter.com/eDx73KCetz

So the U.S. empire has a huge incentive to maintain a very large population of Americans who are economically uncomfortable, and this plays a significant role in the domestic policymaking decisions of that nation’s government.

The U.S. empire is held together by constant violence and the threat thereof, and its ability to apply that violence would be crippled without a steady supply of warm teenage bodies to feed into its war machine. It is therefore no exaggeration to say that the U.S. empire would collapse without the economic pressures which coerce teens to sign up to kill and be killed over things like oil reserves and Raytheon profit margins.

It’s one of those things that looks more ghoulish the more you think about it.

In the wealthiest nation in the world, economic justice is actively suppressed in part to ensure that young Americans will feel financially squeezed into killing foreigners who are far more impoverished than they are. They are keeping people poor so that they will commit mass murder.

It’s actually hard to think of anything more depraved than that.

But such is the nature of the capitalist empire. You’re either a useful gear-turner of the machine or you are liquidated and turned into fuel for its engine.

If you’re not a good gear-turner you can be sent to become a prison slave or incarcerated in a private for-profit prison. There’s a use for everyone in the empire.

The globe-spanning power structure that is centralized around the United States is the most evil, soulless and destructive force on this planet. The young people who are duped, manipulated and financially coerced into joining its war machine come back horrifically traumatized by the experiences they have in the situations they are placed in.

Something better is needed. This cannot continue.

← UN Women & BlackRock
A Push for Peace in Ukraine →