Old habits continue to dominate in Washington, which has long sought nuclear primacy to negate the theory of détente, writes Vijay Prashad. 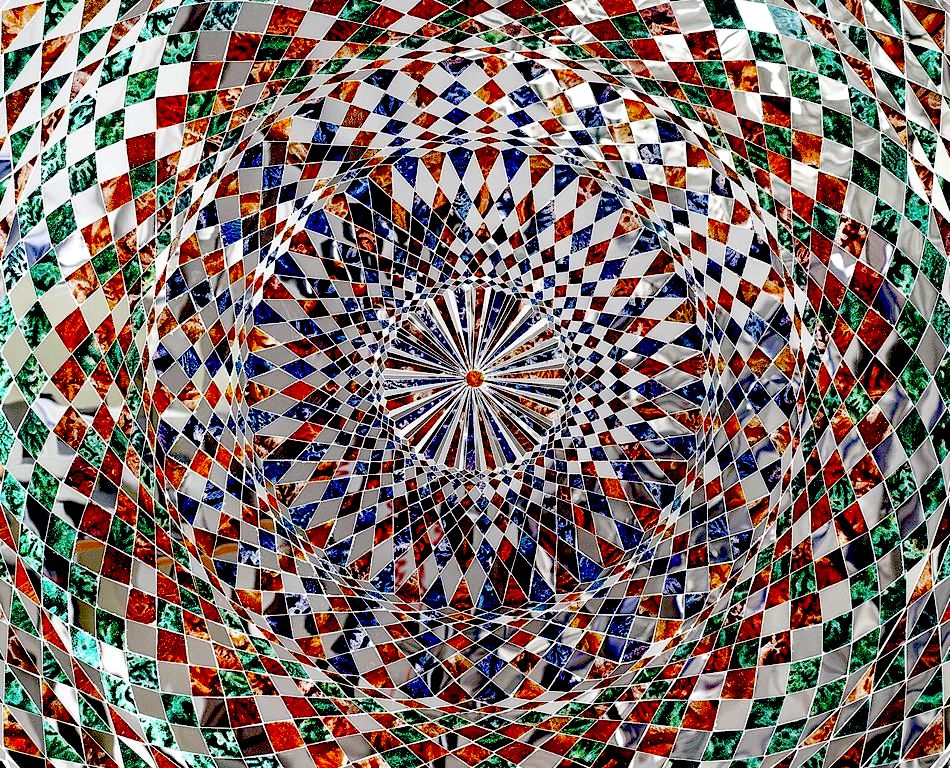 Grave news comes to us from the United Nations. The latest Human Development Report (2021–22) records that for the first time in 32 years, the Human Development Index has registered a second consecutive year of decline.

The previous five years of gains in areas such as health and education have been negated by this reversal. “Billions of people face the greatest cost-of-living crisis in a generation,” says the report. “Billions already grapple with food insecurity, owing largely to inequalities in wealth and power that determine entitlements to food. A global food crisis will hit them hardest.”

While the U.N. report points to the pandemic and the war in Ukraine as the immediate sources of this distress, an earlier report on human security notes that “more than 6-in-7 people worldwide perceived feeling moderately or very insecure just before the outbreak of the Covid-19 pandemic.”

Certainly, the pandemic and recent inflationary pressures due to the conflict in Eurasia have made life harder, but this distress precedes both events. The deeper problem is the world capitalist system, lurching from crisis to crisis, which has made life very difficult for over 6 billion people. 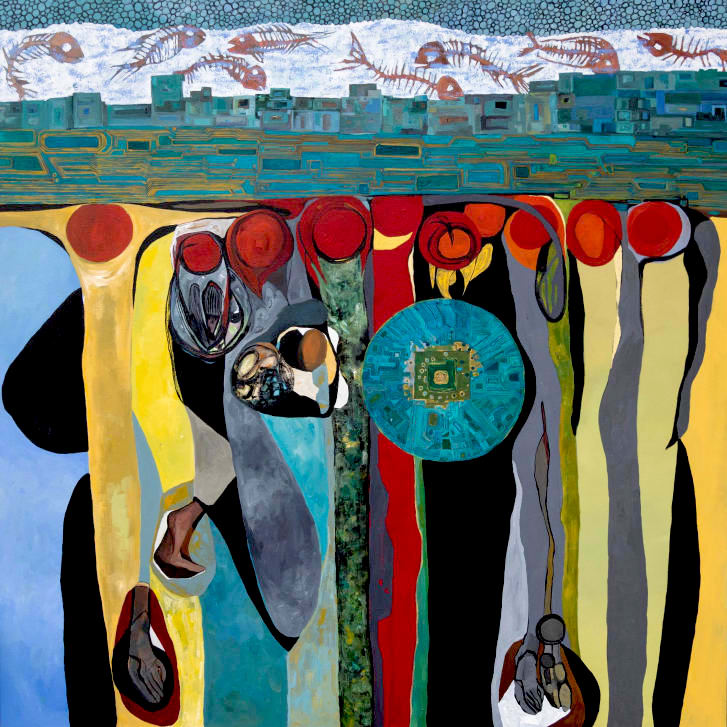 At Tricontinental: Institute for Social Research, we have been working on understanding the nature of these cascading crises and their underlying causes since our inception nearly five years ago. Over this period, we have witnessed the rise not of global cooperation to deal with hunger, unemployment, social distress, climate catastrophe, etc., but of a mentality and structures that promote war as their solution. The leader here has been, without a doubt, the United States.

Against China, for instance, the U.S. has conducted a trade war and tried to use arguments for national security to damage advances in sophisticated Chinese technology. While most countries — egged on by rising social unrest amongst the masses — have been eager for international cooperation to address their countries’ most pressing concerns, the U.S. has pursued a dangerous strategy of political threats and military confrontation to press its economic advantages, since it cannot maintain them by commercial means.

To more deeply understand the pressing issues that define our times, Tricontinental: Institute for Social Research partnered with the venerable socialist magazine Monthly Review and the peace platform No Cold War to study new developments in U.S. military strategy and its arsenal. This investigation has borne fruit in our first publication in a new series called Studies on Contemporary Dilemmas.

This study, “The United States Is Waging a New Cold War: A Socialist Perspective,” features essays by John Bellamy Foster (the editor of Monthly Review), John Ross (a member of No Cold War) and Deborah Veneziale (a researcher at Tricontinental: Institute for Social Research). The opening section of my introduction to the study makes up the rest of this article. 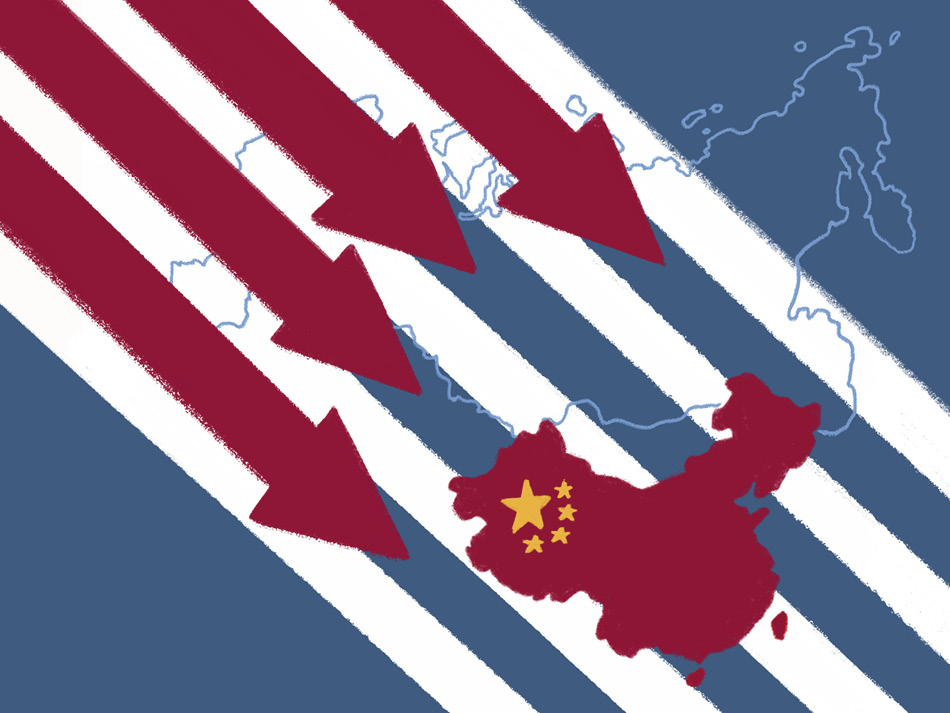 At the World Economic Forum meeting in Davos, Switzerland, on May 23, former U.S. Secretary of State Henry Kissinger made some remarks about Ukraine that struck a nerve. Rather than be caught up “in the mood of the moment,” Kissinger said, the West – led by the United States – needs to enable a peace agreement that satisfies the Russians.

“Pursuing the war beyond [this] point,” Kissinger said, “would not be about the freedom of Ukraine, but a new war against Russia itself.”

Most of commentary from the Western foreign policy establishment rolled their eyes and dismissed Kissinger’s comments. Kissinger, no peacenik, nonetheless indicated the great danger of escalation towards not only the establishment of a new Iron Curtain around Asia but perhaps open — and lethal — warfare between the West and Russia as well as China.

This sort of unthinkable outcome was too much, even for Kissinger, whose boss, former President Richard Nixon, spoke frequently of the “madman theory” of international relations; Nixon told his then chief of staff Bob Haldeman that he had his “hand on the nuclear button” to terrify Ho Chi Minh into capitulation.

During the lead-up to the illegal U.S. invasion of Iraq in 2003, I spoke to a senior member of the U.S. State Department who told me that the prevailing theory in Washington amounts to a simple slogan: short-term pain for long-term gain. He explained that the general view is that the nation’s elites are willing to tolerate short-term pain for other countries — and perhaps for working people in the United States, who could experience economic difficulties due to the disruptions and carnage created by war.

However, if all goes well, this price will result in long-term gain as the United States would be able to maintain what it has sought to maintain since the end of the Second World War, which is primacy.

If all goes well is the premise that sent shivers down my back as he spoke, but what rattled me just as much was the callousness about who must face the pain and who would enjoy the gain. It was quite cynically said in Washington that it was worth the price that Iraqis and working-class U.S. soldiers be negatively impacted (and die), so long as large oil and financial companies could enjoy the fruits of a conquered Iraq.

The attitude of short-term pain, long-term gain is the defining hallucination of the elites in the United States, who are unwilling to tolerate the project of building human dignity and the longevity of nature. 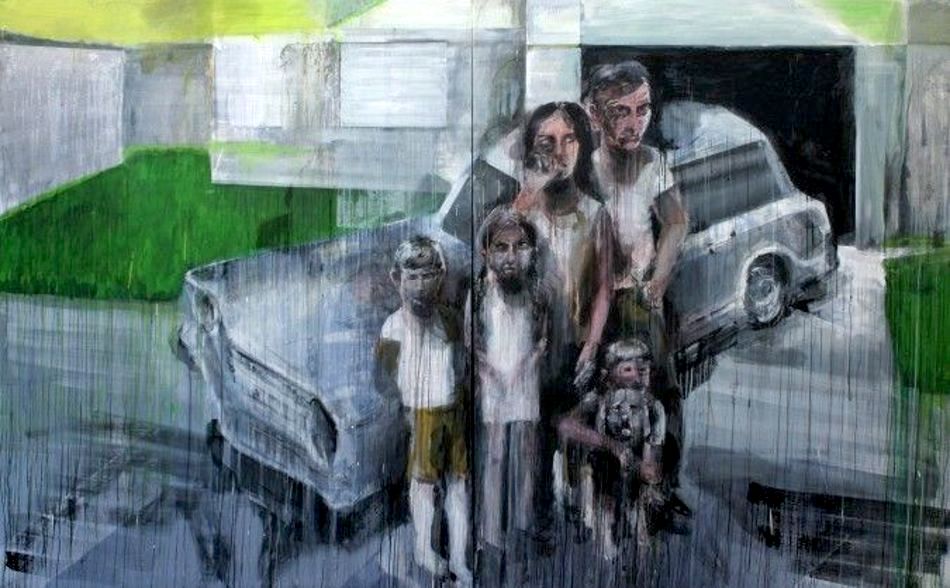 Short-term pain, long-term gain defines the dangerous escalation by the United States and its Western allies against Russia and China. What is striking about the posture of the United States is that it seeks to prevent a historical process that seems inevitable, which is the process of Eurasian integration.

After the collapse of the U.S. housing market and the major credit crisis in the Western banking sector, the Chinese government, alongside other Global South countries, pivoted to build platforms that were not dependent upon the markets of North America and Europe. These platforms included the creation of BRICS (Brazil, Russia, India, China and South Africa) in 2009 and the announcement of One Belt, One Road (later the Belt and Road Initiative or BRI) in 2013.

Russia’s energy supply and its massive metal and mineral holdings, as well as China’s industrial and technological capacity, drew many countries into association with the BRI despite their political orientation, with Russia’s export of energy undergirding this association. These countries included Poland, Italy, Bulgaria and Portugal, while Germany is now China’s largest trading partner in goods.

The historical fact of Eurasian integration threatened the primacy of the United States and of the Atlantic elites. It is this threat that drives the dangerous attempt by the United States to use any means to “weaken” both Russia and China.

Old habits continue to dominate in Washington, which has long sought nuclear primacy to negate the theory of détente. The United States has developed a nuclear capacity and posture that would allow it to destroy the planet to maintain its hegemony. The strategies to weaken Russia and China include an attempt to isolate these countries through the escalation of the U.S.-imposed hybrid war (such as sanctions and the information war) and a desire to dismember these countries and then dominate them in perpetuity. 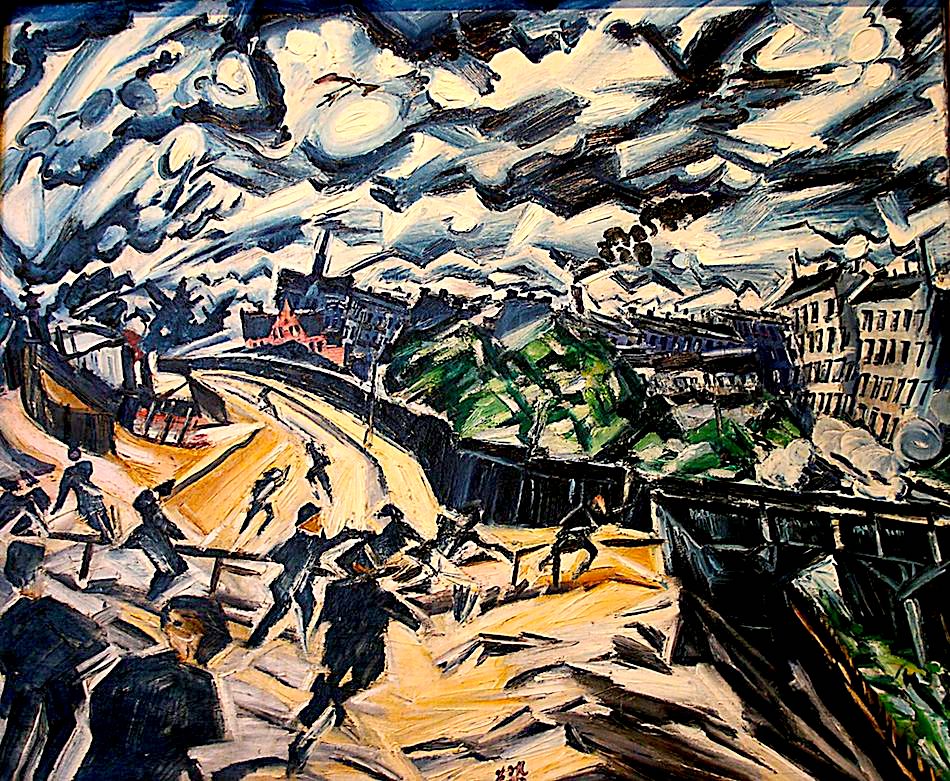 “The United States Is Waging a New Cold War” is a chilling document, one that we hope will be read by concerned people around the world and help mobilise an urgent global peace campaign. Peace is essential, not the least in Ukraine.

In the September/October issue of Foreign Affairs, Fiona Hill (former deputy assistant to President Donald Trump) and Professor Angela Stent wrote that in April, “Russian and Ukrainian negotiators appeared to have tentatively agreed to the outlines of a negotiated interim settlement” where Russia would withdraw to the previous borders held before Feb. 23 and Ukraine would promise not to seek NATO membership.

However, in a move revealing of the West’s agenda, the U.K. prime minister at the time, Boris Johnson, arrived in Kiev and urged Ukrainian President Volodymyr Zelensky to break off negotiations. Even if Ukraine was willing to sign a security agreement with Russia, Johnson said, the West would not back it. So, Zelensky ceased negotiations and the war raged on.

The Hill-Stent article reveals the West’s dangerous gambit, prolonging a conflict that has increased Ukrainian and Russian suffering, and spread instability across the globe, to perpetuate its New Cold War against both China and Russia. 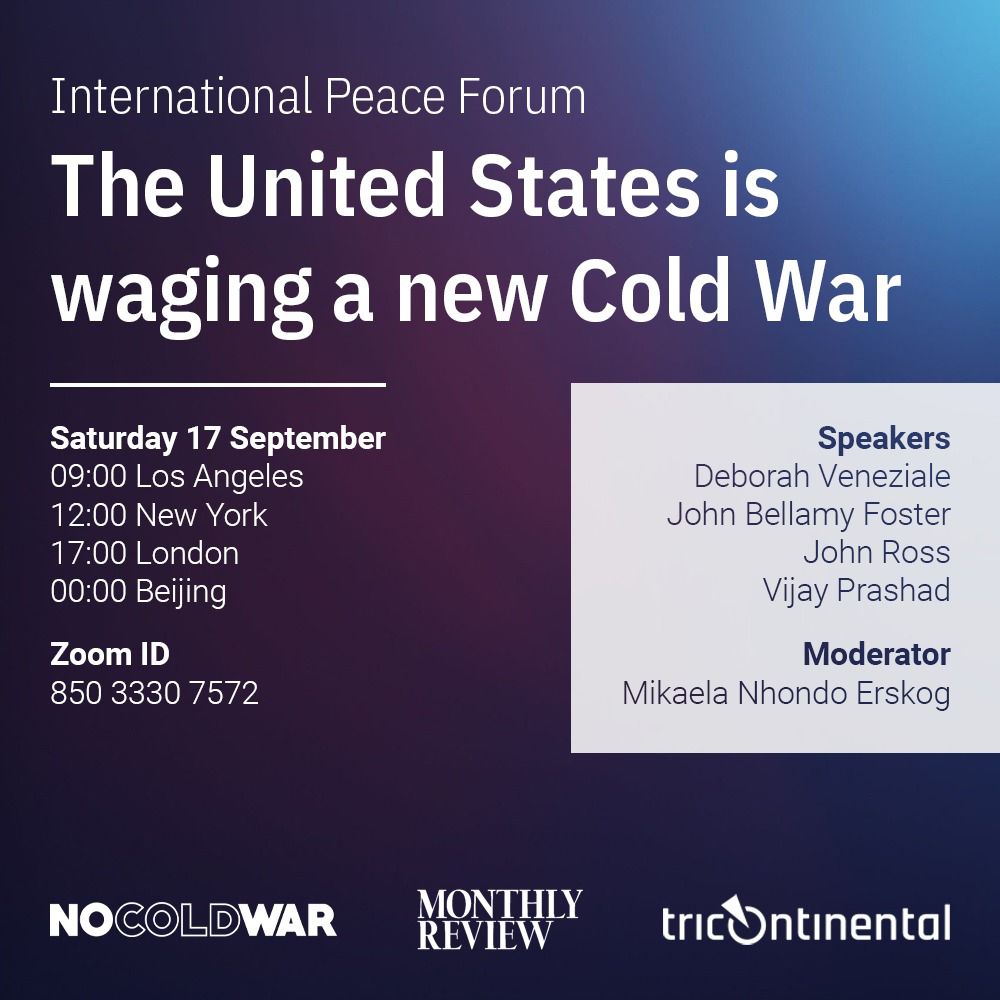 On Sept. 17, the authors of the study will be the centrepiece of the International Peace Forum held by No Cold War. Please join us.

The U.N. Human Development Report points out that “the bridges that connect different groups are among our most important assets.” We could not agree more. More bridges need to be built than bombed.

7 comments for “War Is No Answer to Insecurity”