A new piece of empire apologia in The Atlantic is also annoyingly accurate. It’s just a fact that in 2022, liberals are gaga for U.S. interventionism. 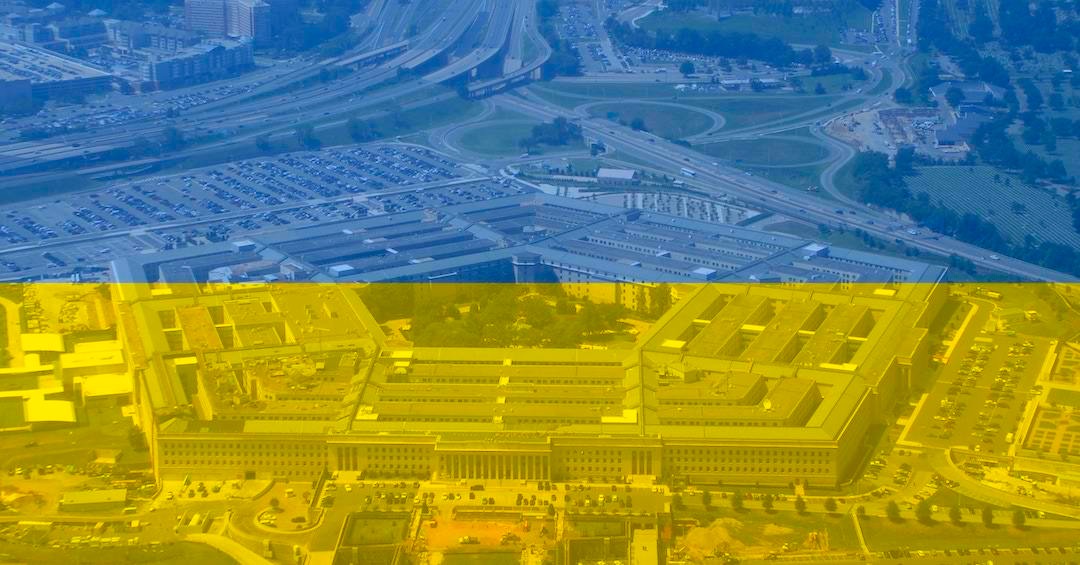 Neocon publication The Atlantic has an article out titled “The Rise of the Liberal Hawks” which is infuriating as much for its sycophantic empire apologia as for how much of it is entirely correct.

“The left led the opposition to the Vietnam War and the Iraq War and condemned American war crimes from the My Lai massacre to Abu Ghraib. Historically, progressive critics have charged the military with a litany of sins, including discrimination against LGBTQ soldiers and a reliance on recruiting in poor communities.”

“Then came Russia’s invasion of Ukraine,” writes Tierney. “No foreign conflict since the Spanish Civil War has so captured the imagination of the left.”

“Russian President Vladimir Putin is the antithesis of everything the left stands for,” Tierney adds.

“Not only did he launch an unprovoked attack on a sovereign democratic nation, but he has also disparaged LGBTQ rights, multiculturalism, and immigration, and claimed that ‘the liberal idea’ has ‘outlived its purpose.’ Zelensky, in contrast, has built bridges with the global left. He addressed the Glastonbury music festival, in the U.K., where the revelers chanted his name to the tune of The White Stripes’ ‘Seven Nation Army.’ In Germany, the Green Party led the charge to supply weapons to Kyiv, overturning decades of German wariness about intervening in foreign wars. LGBTQ protesters in Berlin also demanded that Germany step up arms shipments to Ukraine, so that a Pride parade can, one day, be held in the Russian-occupied city of Mariupol. Ukrainian liberals—artists, translators, teachers, filmmakers—have joined the struggle. As one writer put it: ‘All our hipsters in Ukraine fight.’”

My new article @TheAtlantic on why the left is learning to love the military. https://t.co/nk0Pii4kel

Tierney concedes that “there’s a leftist fringe in the United States that still considers America the world’s evil empire and remains deeply hostile to its military power,” but says “the bulk of the left has shown remarkable solidarity with the Ukrainian cause.”

“Liberals who once protested the Iraq War now urge Washington to dispatch more rocket launchers to defeat Russian imperialism,” Tierney says. “Representative Jamaal Bowman of New York, a member of the progressive caucus, tweeted: ‘We unequivocally stand with the global Ukrainian community in the wake of Putin’s attack.’”

Again, what makes Tierney’s triumphant militarist smut so annoying isn’t how he’s wrong, it’s how he’s right. You can take issue all you like with his use of the word “left” to describe liberal supporters of capitalism and empire who just want the empire to be a bit less embarrassing and maybe forgive their student loans, but that’s the fault of the generations of psyops that have gone into sabotaging the left and destroying its memory, not Tierney’s.

What he is saying about liberals who once protested the Iraq invasion now supporting U.S. proxy warfare in Ukraine is broadly true, including throughout the Bernie Sanders/AOC “progressive” wing of the Democratic Party.

It’s just a fact that in 2022, liberals are gaga for U.S. interventionism. Because this war can be (falsely) marketed as an “unprovoked” invasion by evil Bad Guys fighting against the virtuous Good Guys of the U.S./NATO/Ukraine partnership, and because it’s not our sons and daughters getting thrown into the gears of war, people who would normally be more skeptical of militarism and interventionism have indeed jumped aboard the proxy war train.

Urging progressives to support the Ukraine proxy war, Bernie Sanders aide @mattduss whitewashes the US role, attacks dissenting voices, and advocates the dangerous militarism that he claims to oppose. https://t.co/J09BXxDtrK

This war has in that sense become the Gulf War of the 2020s: a “good war” that rehabilitates the image of U.S. interventionism for a war-weary public. Just as the 1990 Gulf War was used to get Americans over what warmongers called the “Vietnam syndrome” — a healthy aversion to interventionism following the horrific disaster of the Vietnam War — the war in Ukraine is being used to wear down the public’s collective immune response to interventionism built up after the 2003 Iraq invasion.

“It’s a proud day for America, and by God, we’ve kicked the Vietnam syndrome once and for all,” the elder President Bush said after winning his war/propaganda operation in the Middle East.

Of course, we all remember what happened after that, don’t we? A decade later came 9/11, and a public now re-warmed to the idea of beneficent military interventionism overwhelmingly consented to two full-scale ground invasions of two separate nations on the promise of swift victory where the troops would be greeted as liberators. What followed was some 6 million deaths — roughly 2,000 times the number killed on 9/11 — while trillions of dollars were siphoned from the American public to the war industry amid an era of unbridled military expansionism.

The public has again been won back over to the idea of military interventionism, using an unprecedented narrative management push which saw coverage of the foreign war in Ukraine eclipse wars in which the U.S. has directly participated. They used different tactics and different narratives, as they always do, but the end result in the 2020s is the same as it was in the 1990s.

And now the public is enthused about foreign interventionism once again, and we get to just wait and see what happens after the empire architects give us our next 9/11.

26 comments for “Caitlin Johnstone: Ukraine & the Triumph of Militarism”