The war on Islamists has been, for all intents and purposes, a war on democratic rule, writes As`ad AbuKhalil. 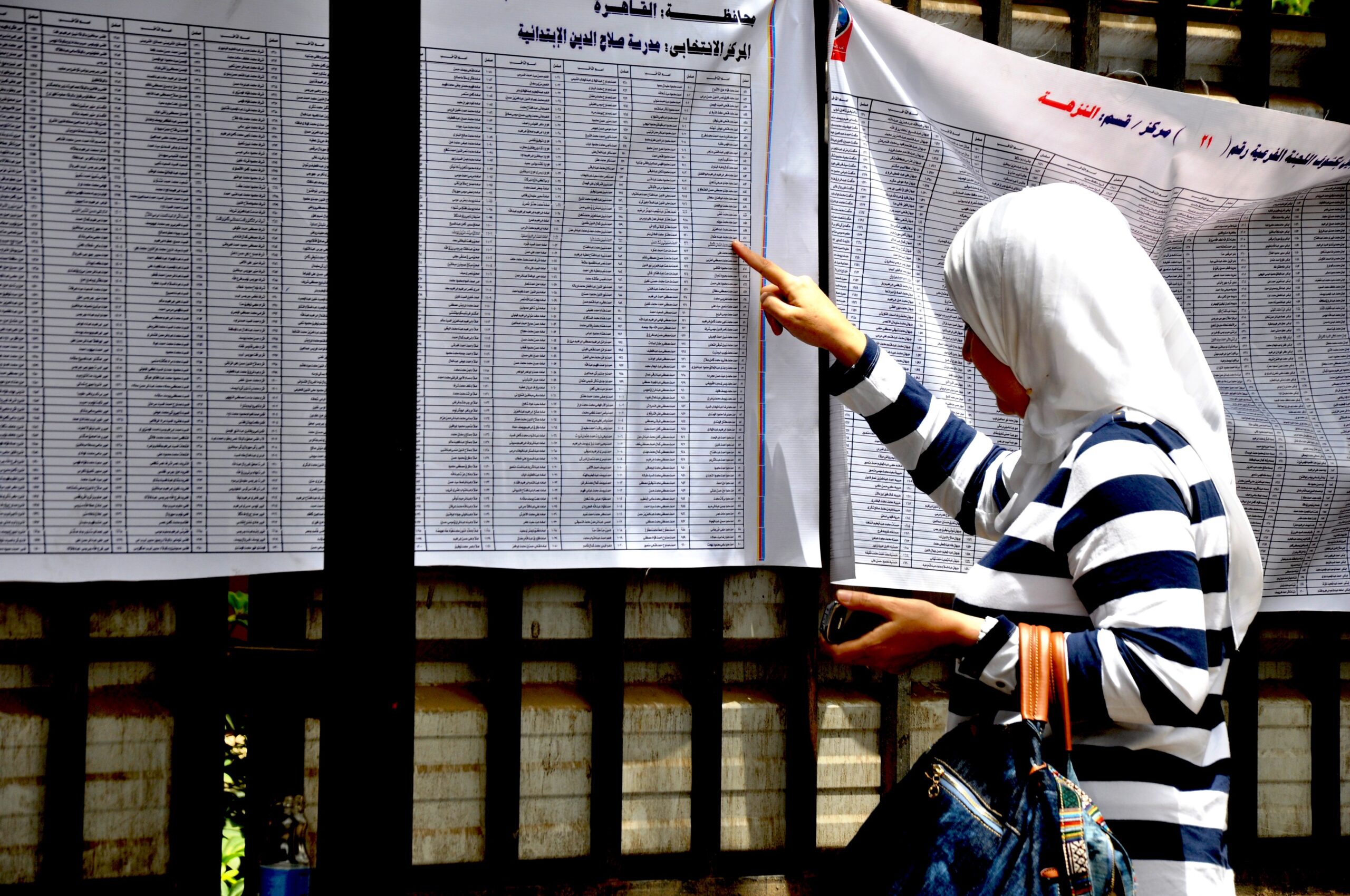 Governments in the Middle East (including that of Israel) have long used religion for political purposes.

The West has alternated between politically exploiting or condemning political Islam (but rarely Judaism or Christianity).  During the Cold War, the U.S. was solidly on the side of Muslim religious fanatics because they were useful in their campaigns against atheist communism.

Gulf regimes served the West by employing fanatical versions of Islam to undermine the appeal of the left and secular Arab nationalism.  The secular leftists were opponents of the West and the U.S.  devoted funds and propaganda to spread the fanatics’ message.

Westerners have been inconsistent in handling Islam historically.  As Tunisian thinker Hichem Djait noted in his book Europe and Islam, the West historically condemned Islam for its libertine sexual and social attitudes (that was in medieval times). In modern times, the West condemned Islam for its puritanical and Victorian mores (the West used to take the religious extremism of Saudi Arabia as a representative sample of Islam).

When the West colonized Muslim lands, Islam was often presented as an obstacle to progress — but not always.  If Islam was used in the cause of liberation (as in Algeria’s struggle against French colonialism), it was condemned. But clerics who collaborated with Western colonialism were praised. British colonialism in Palestine cooperated with Hajj Amin Husseini and helped his rise to the political leadership of Palestine, but then turned against him when he was swept with the tide of public national anger at the British adoption of Zionism.

Over the years, Western governments have not employed a litmus test for their political alliances in the region. They have worked with any group that serves their interest, for instance, the various political parties in Israel (all of whom aligned themselves with Jewish religious parties); with Arab religious fanatics as well as with the Shah of Iran (who was perceived as secular).  The Western-style secularism of the Shah — disconnected from public opinion — was responsible for the reaction of religious fundamentalism in Iran after the revolution.

Political loyalty and subservience were the only litmus tests for Western governments — and remain the only criteria that matter (in addition to normalization with Israel).  When the U.S.  invaded Iraq in 2003 and established a ruling occupation council, it cooperated equally well with the Iraqi communist party and with Sunni and Shiite fundamentalists alike.

In the 1990s, when the Egyptian government of Husni Mubarak was facing the tide of religious fundamentalism, it imposed from above a new version of Islam that stressed secular loyalty to the leader in the name of security and order.  The Mubarak government portrayed all Islamist opponents as terrorists who one day could turn their guns against the West if they ever had a chance. (The Saudi regime makes the same argument that if the royal family is overthrown, bin Ladenite fanatics would take over).

Little attention was paid to the underlying causes of the rise of Islamists.  In Egypt, Tunisia, and Algeria, the ruling regimes aligned themselves with local secularists to preach against the Islamists. (But U.S. ally Anwar Sadat, who is still hailed as the model Arab leader simply because he made peace with Israel, was the tyrant who unleashed the Islamists in Egypt and the Arab world because he was more concerned with the threat of Arab nationalism and leftism).

Secularized elites also served as tools of ruling regimes in their war against the Islamists.  The war on Islamists (by Mubarak and by other tyrants in the region) was, for all intents and purposes, a war on democratic rule.  Western governments were more than pleased to support the tyrant against democracy.  This has been a consistent stance for all Western governments (from Sweden to the U.S.): that tyranny among Arabs and Muslims is preferable to democratic rule if the latter may produce forces and personalities who are not subservient to Western rule.

Mubarak’s war on Islamists was ruthless and employed tools of mass violence and bombardments of propaganda against his enemies.  Mubarak’s chief aide, Usama Al-Baz, described to me in 1992 how the masses were being indoctrinated against Islamism. He told me the government decided to avoid the word “secular” altogether because it may connote atheism in the minds of the public. Mubarak’s regime introduced the word “civil” (madani) as the new term to inspire intellectual opposition to Islamists.

Secularist intellectuals were hired by the regime to fight the intellectual-cultural war. They were eager to partake in this campaign not only because their public media roles were a source of income but also because they knew democracy would empower their intellectual opponents.  They their stances had far less popular support than those of the Islamists.

Similarly, the Saudi regime — only after it became politically convenient and agreeable to the West — employed secularist intellectuals in its media to undermine the appeal of Islamists.  But those Islamists (throughout the Muslim world) would not have risen politically without the support, funding and sponsorship of Gulf governments and of Sadat’s support in the early 1970s. Even Israel relied on conservative clerics during its occupation of Palestine, before the rise of Hamas and Islamic Jihad.

The secular policies of the regions’ governments are by definition anti-democratic. Thus, General Abdel Fattah Sisi of Egypt overthrew the first freely elected president of Egypt (from the Muslim Brotherhood)  —  and he did so with little opposition from the West, which quickly resumed arming his regime.  Similarly, the Saudi government of Mohammed bin Salman (MbS) moved the ruling ideological-theological doctrine away from Islamism and Wahhabism to ingratiate itself with the West in the wake of Sept. 11 and then the murder of Jamal Khashoggi which put the spotlight on MbS. 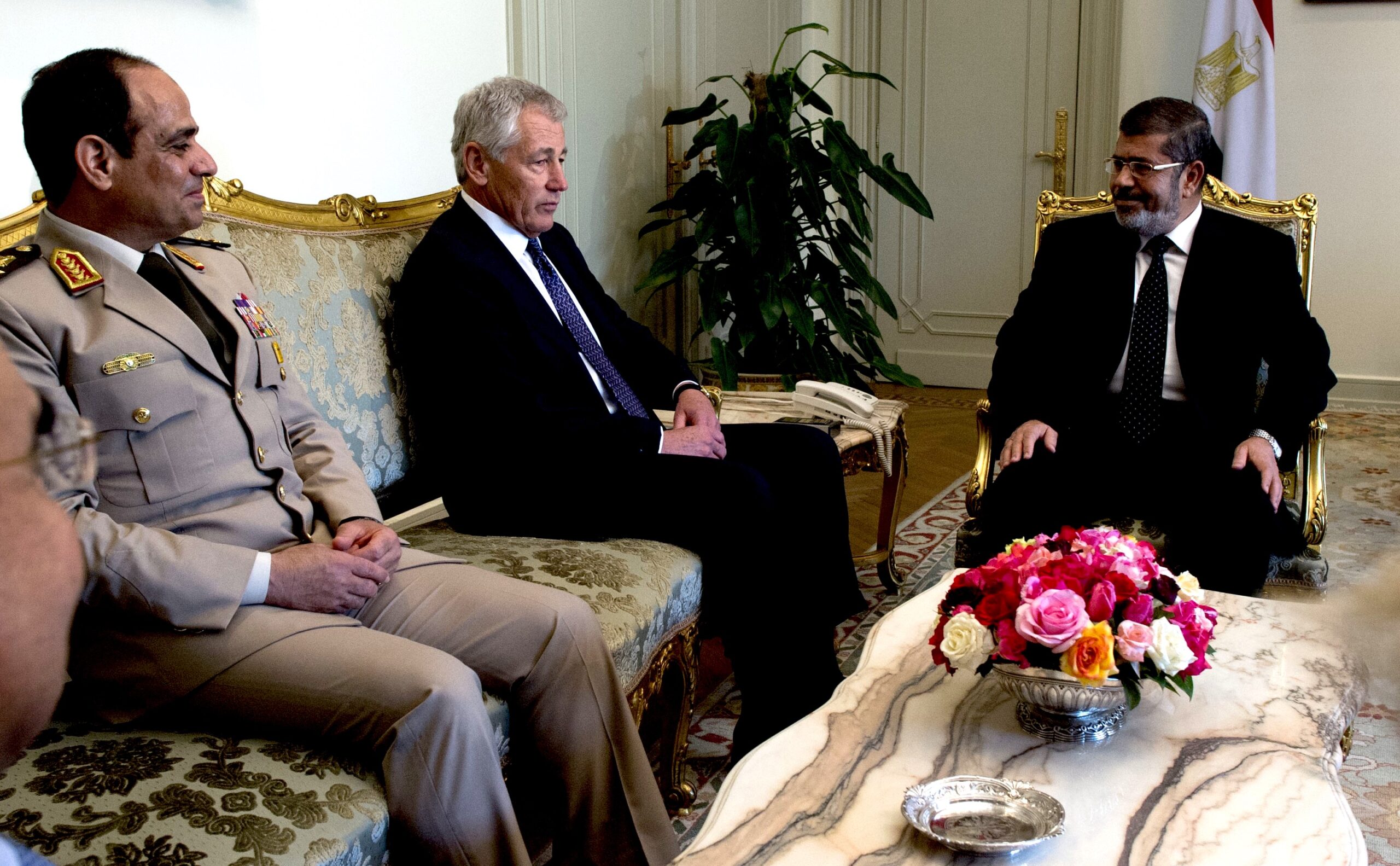 Despite the Western media’s displeasure with Khashoggi’s murder (and only because he was one of them) they favorably covered MbS’ “reforms” and his ongoing repression of local Islamists.  The Saudi government has put in prison thousands of preachers for continuing to spout the previously official government doctrine.  Meanwhile, Tunisian President Kais Saied is supervising a campaign against constitutional government and democracy in the name of fighting Islamists, who he dubs terrorists.

The West is not bothered by the coup in Tunisia because the government is imposing a form of secularized government.  Saied keeps amassing dictatorial powers with very little opposition from Western governments, which are more than pleased to see the fortunes of Tunisia’s Islamists decline.

But Islamists can’t be repressed forever.  Relatively moderate variants of Islamism may soon produce violent and radical versions, arguing persuasively that “we were not able to participate peacefully in the political process.”

Secularism is often wrongly equated with democracy in the West, in reference to the Middle East.  In reality, secularism can thrive under democratic or tyrannical rule.  The communist government of Enver Hoxa in Albania was truly secular, for example.  The U.S. and the West hoist the secular banner if their interests are threatened by anti-secular forces. But when religious fanatics such as Osama bin Laden are serving their interests, Islamism becomes quite palatable for the West.