This blood-soaked empire manager is not warning about Washington’s pursuit of planetary hegemony because he has gotten saner. It’s because the war machine has gotten crazier. 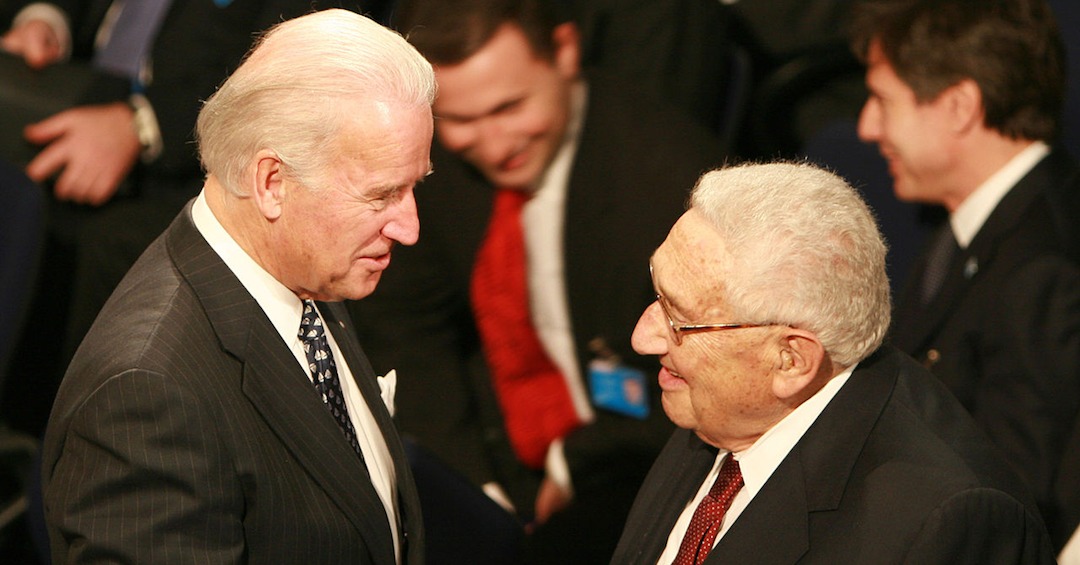 In an interview with The Wall Street Journal, warmonger Henry Kissinger says the U.S. is acting in a crazy and irrational way that has brought it to the edge of war with Russia and China:

“Mr. Kissinger sees today’s world as verging on a dangerous disequilibrium. ‘We are at the edge of war with Russia and China on issues which we partly created, without any concept of how this is going to end or what it’s supposed to lead to,’ he says. Could the U.S. manage the two adversaries by triangulating between them, as during the Nixon years? He offers no simple prescription. ‘You can’t just now say we’re going to split them off and turn them against each other. All you can do is not to accelerate the tensions and to create options, and for that you have to have some purpose.’

On the question of Taiwan, Mr. Kissinger worries that the U.S. and China are maneuvering toward a crisis, and he counsels steadiness on Washington’s part. ‘The policy that was carried out by both parties has produced and allowed the progress of Taiwan into an autonomous democratic entity and has preserved peace between China and the U.S. for 50 years,’ he says. ‘One should be very careful, therefore, in measures that seem to change the basic structure.’”

Kissinger courted controversy earlier this year by suggesting that incautious policies on the part of the U.S. and NATO may have touched off the crisis in Ukraine. He sees no choice but to take Russian President Vladimir Putin’s stated security concerns seriously and believes it was a mistake for NATO to signal to Ukraine that it might eventually join the alliance: “I thought that Poland — all the traditional Western countries that have been part of Western history — were logical members of NATO,” he says.

But Ukraine, in his view, is a collection of territories once appended to Russia, which Russians see as their own, even though “some Ukrainians” do not. Stability would be better served by its acting as a buffer between Russia and the West: “I was in favor of the full independence of Ukraine, but I thought its best role was something like Finland.”

Kissinger: “We are at the edge of war with Russia and China on issues which we partly created, without any concept of how this is going to end or what it’s supposed to lead to.” https://t.co/mytxSajU6Q

This warning seems much more ominous coming from a blood-soaked swamp monster than it would be from some anti-imperialist peace activist who was speaking from outside the belly of the imperial machine. This man is a war criminal who, as a leading empire manager, helped to unleash unfathomable horrors all around the world the consequences of which are still being felt today.

And as far as you can tell from his own comments, he remains completely unreformed.

“Looking back over his long and often controversial career, however, he is not given to self-criticism,” The Journal’s Laura Secor writes.

“I do not torture myself with things we might have done differently,” Kissinger tells her.

So, Kissinger remains an unapologetic warmongering psychopath. But if he hasn’t changed as a person, what has? Why is he now cautioning against U.S. aggression and warning that the empire has taken things too far?

Well, if Kissinger hasn’t changed, we can only surmise that the U.S. empire has changed. Its behavior is now so insane and illogical that it is making a 99 year-old Henry Kissinger nervous.

Which, if you really think about it, is one of the scariest things you could possibly imagine. 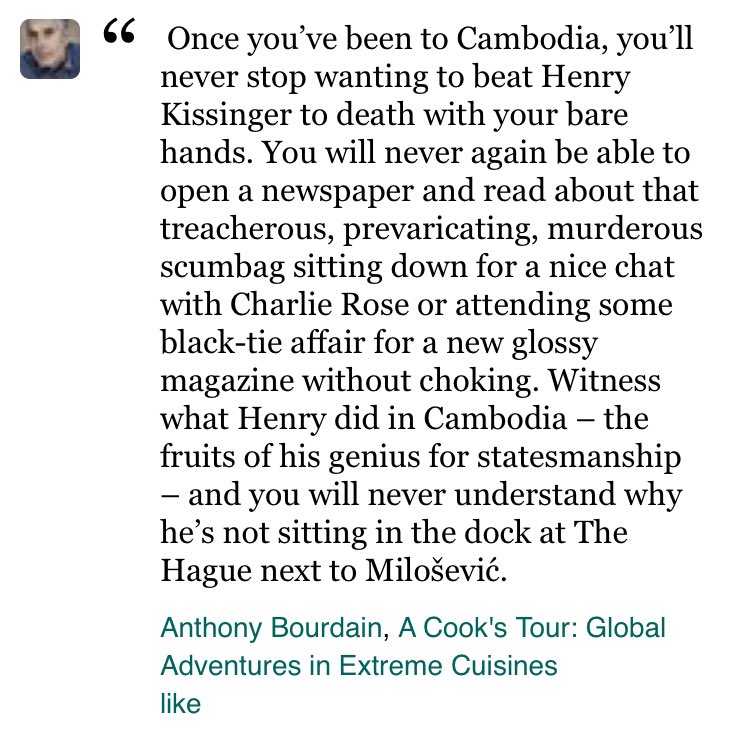 The empire’s departure from the Kissinger iteration of murderous madness to its new form of insanity appears to have begun around the turn of the century, when the influx of neoconservatives into the White House combined with the jingoism which followed 9/11 to usher in an era of interventionism and military expansionism of such brazenness and recklessness that many from the old guard balked.

Kissinger was supportive of the 2003 Iraq invasion, but well before it began he was already saying that he had serious misgivings about the lack of clear thinking and forward planning he was seeing on that front. The neoconservative goal of U.S. planetary hegemony at any cost which led to that invasion (and the planning of many more) has since become the mainstream Beltway consensus perspective on U.S. foreign policy, and it is responsible for the escalations that Kissinger is now warning about.

“The PNAC plan envisions a strategic confrontation with China, and a still greater permanent military presence in every corner of the world,” wrote Michael Parenti in his 2004 book Superpatriotism:

“The objective is not just power for its own sake but power to control the world’s natural resources and markets, power to privatize and deregulate the economies of every nation in the world, and power to hoist upon the backs of peoples everywhere — including North America — the blessings of an untrammeled global ‘free market.’ The end goal is to ensure not merely the supremacy of global capitalism as such, but the supremacy of American global capitalism by preventing the emergence of any other potentially competing superpower.”

By “PNAC plan” Parenti means the plans of the neoconservatives behind the notorious Project for the New American Century think tank, whose uni-polarist militaristic agendas they explicitly advocated.

Kissinger is warning about the dangers of U.S. warmongering not because he has gotten saner, but because the U.S. war machine has gotten crazier.

That we are now hurtling toward confrontations that don’t appear rational to someone who has spent the majority of his life watching the mechanics of empire from within its inner chambers should concern us all.

When you are talking about brinkmanship between major world powers, especially nuclear brinkmanship, the last thing you need is for one of the parties involved to be acting erratically and nonsensically.

We need de-escalation and detente, and we needed it yesterday.

← THE ANGRY ARAB: Repressive Secularism in the Arab World
Covering Up Slavery in the Birth of the US →