All of COINTELPRO should be declassified.  Bobby Rush’s legislation — now at high risk of getting lost in Congress  — would do that. 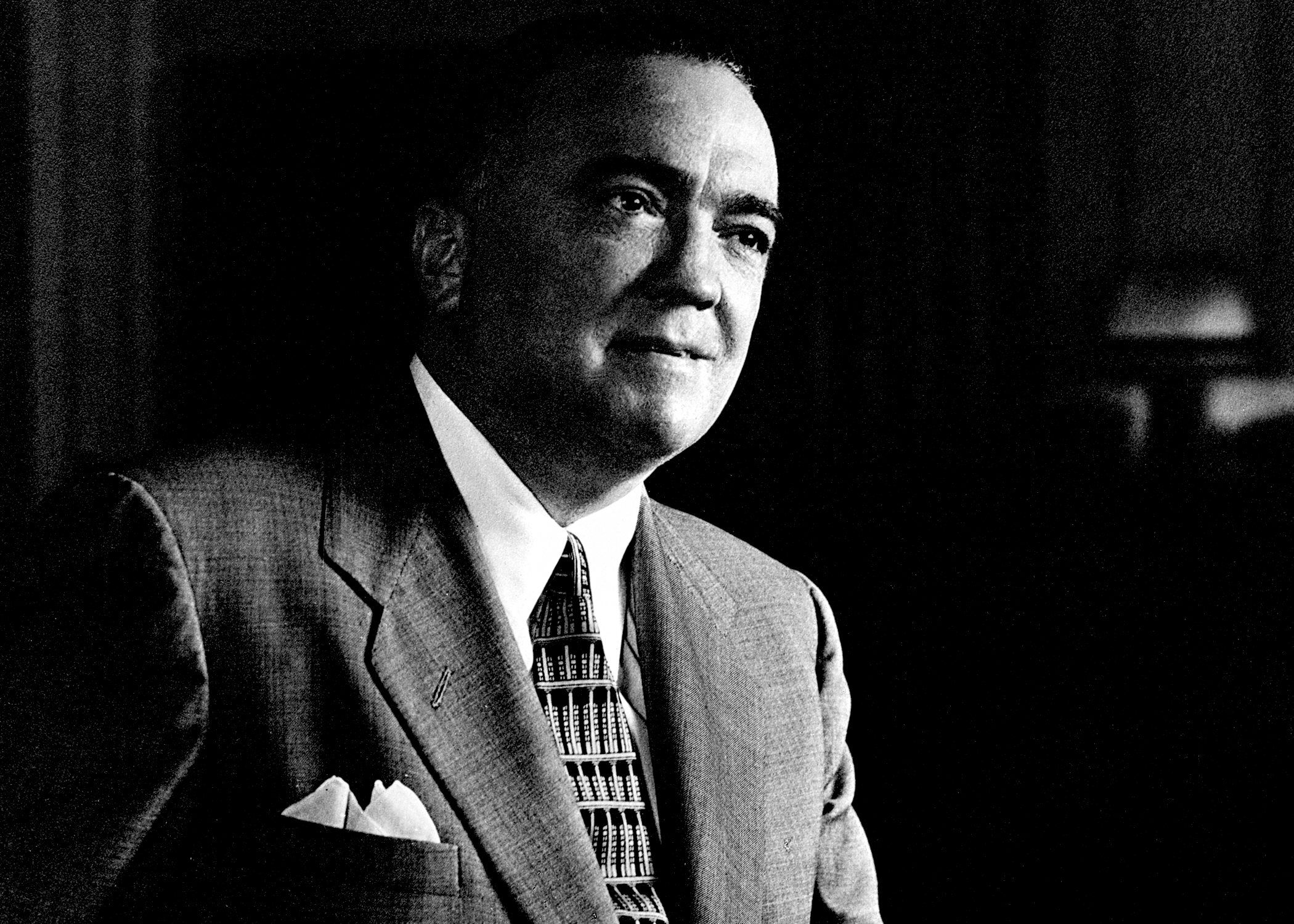 COINTELPRO, an abbreviation for Counter-Intelligence Program, was the illegal brainchild of the F.B.I.’s first and longest-serving director, J. Edgar Hoover, whose obsession with communism and “subversion” allowed him to justify violating the civil rights and civil liberties of millions of Americans.

The program continued until 1971, when a group of progressive activists broke into an F.B.I. field office in Media, Pennsylvania, stole documents related to COINTEPRO, and sent them to the press.  Nobody in the F.B.I. was ever punished for the program’s many illegalities, but the “burglars” who revealed the program were hunted for decades.  None were ever caught.

And now, 51 years after it ended, a bill has been introduced to the U.S. Congress that would expose still classified details of the F.B.I.’s abuse of power. 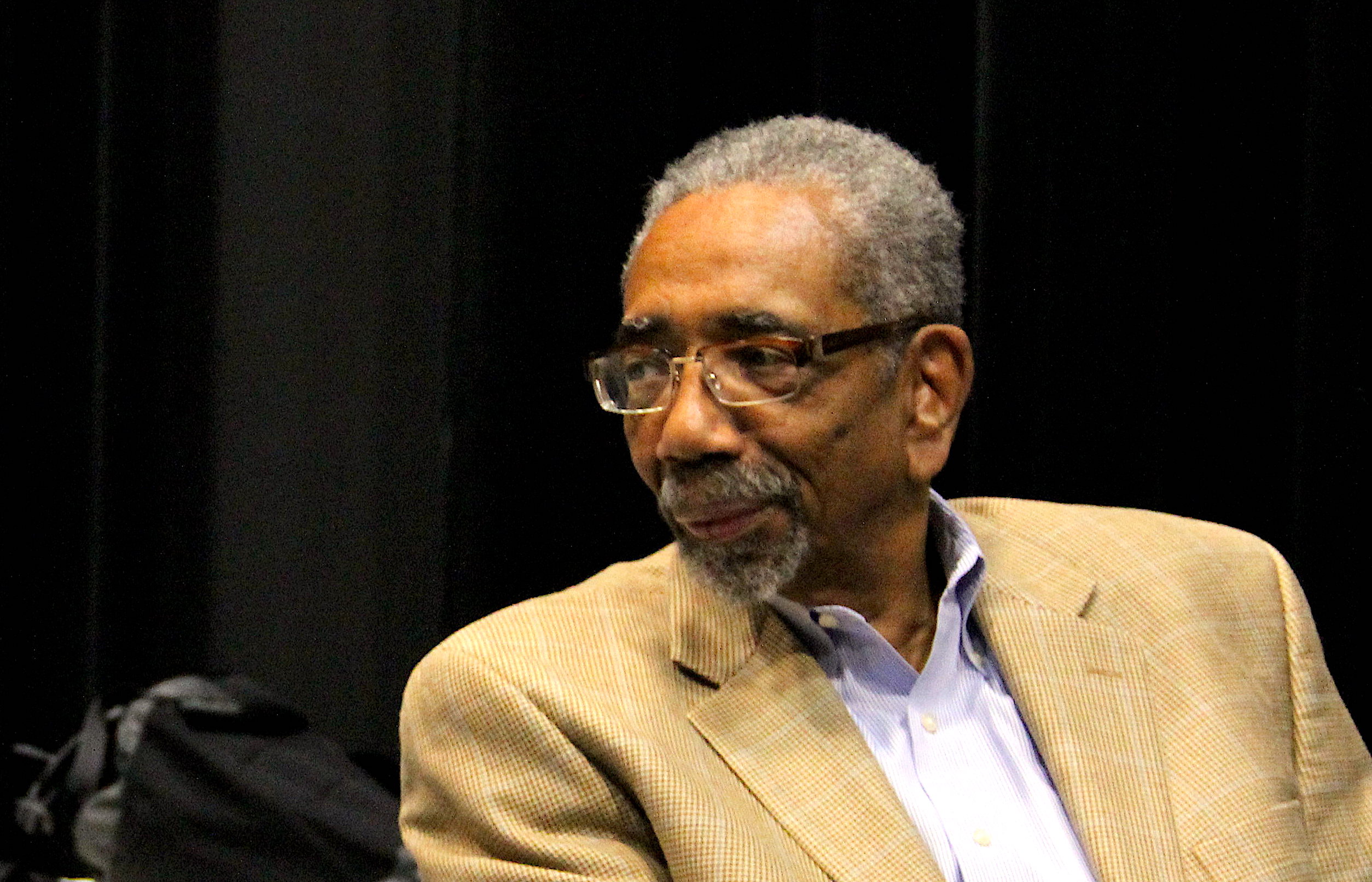 Rep. Bobby Rush (D-IL) on May 4 sponsored the legislation that would do some exciting things.  The COINTELPRO Full Disclosure Act would require the U.S. federal government to publicly disclose, within six months of being signed into law, all records related to the F.B.I.’s illegal COINTELPRO operation “that would not cause harm” to the national security.

It would also establish something called the “COINTELPRO Records Review Board” to review determinations by government offices that do not fully disclose their records after six months.  To top it off, the bill would also require the removal of J. Edgar Hoover’s name from the F.B.I.’s headquarters building in Washington.

The measure was assigned to the House Oversight and Reform Committee as well as to the House Transportation and Infrastructure Committee.  A day later, it was referred to the Subcommittee on Economic Development, Public Buildings, and Emergency Management.  There has been no action on the bill since May, and no concurrent bills have been sponsored in the Senate.

COINTELPRO had specific goals.  According to the book Surveillance and Governance: Crime Control and Beyond by Mathieu Deflam, F.B.I. agents were tasked with creating a negative public image for the groups and people targeted; breaking down the organizations by creating internal conflicts; creating dissension among groups that otherwise might be allied; restricting access to public resources, such as through non-profits; restricting the ability to organize protests, such as by having F.B.I. agents who had infiltrated the groups threaten violence against police or initiate violence; and restricting the ability of individuals to participate in group activities through character assassination, rumor, innuendo, and false arrests.

MIT professor and activist Noam Chomsky told the BBC in 1996,

“COINTELPRO was a program of subversion carried out not by a couple of petty crooks, but by the national political police, the F.B.I., under four administrations.  By the time it got through, it was aimed at the entire New Left, at the women’s movement, at the whole Black movement.  It was extremely broad.  Its actions went as far as political assassination.”

Certainly, the F.B.I. carried out political assassinations against members of the Black Panther Party.  An even better known COINTELPRO target, though, was Martin Luther King.  Immediately following the 1963 March on Washington, F.B.I. Special Agent William Sullivan, the officer in charge of COINTELPRO, wrote to Hoover, saying,

“In light of King’s powerful demagogic speech (the “I Have a Dream” speech), we must mark him now, if we have not done so before, as the most dangerous Negro of the future in this nation from the standpoint of communism, the Negro, and national security.” 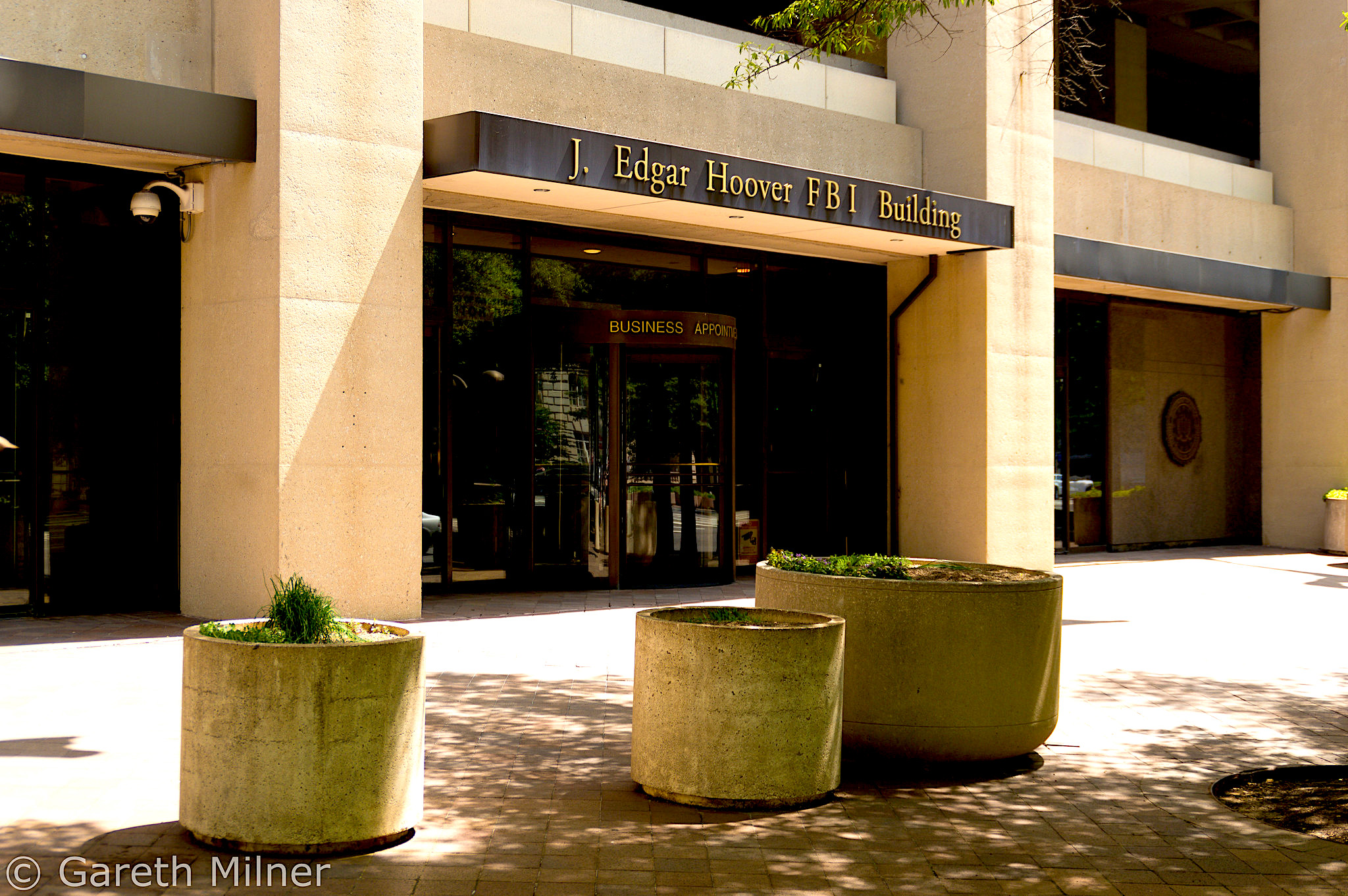 Within weeks, the F.B.I. had bugged King’s home and his hotel rooms, they had planted informants around him and they had designated King’s Southern Christian Leadership Conference as a “subversive organization.”

Hoover’s most degenerate action within COINTELPRO was a plan in 1964 to try to convince King to commit suicide.  King had begun to criticize the F.B.I. publicly in 1963 for not treating the Ku Klux Klan as a terrorist organization.  In response, Hoover ordered that King’s communications be intercepted.

And on Nov. 21, 1964, just two days after the announcement that King had won the Nobel Peace Prize, the F.B.I. sent him a “suicide package” that contained audio recordings of his liaisons with various women.  An attached letter said,

“There is only one way out for you.  You better take it before your filthy, abnormal, fraudulent self is bared to the nation.”

The letter went on to say that the tapes would be released to the media if he did not kill himself before accepting the Peace Prize.  And, indeed, Hoover ordered that the tapes be sent to Newsweek and Newsday. Even after King was assassinated in 1968, the FBI continued to malign his memory by providing his enemies with information to enable attacks on his character. 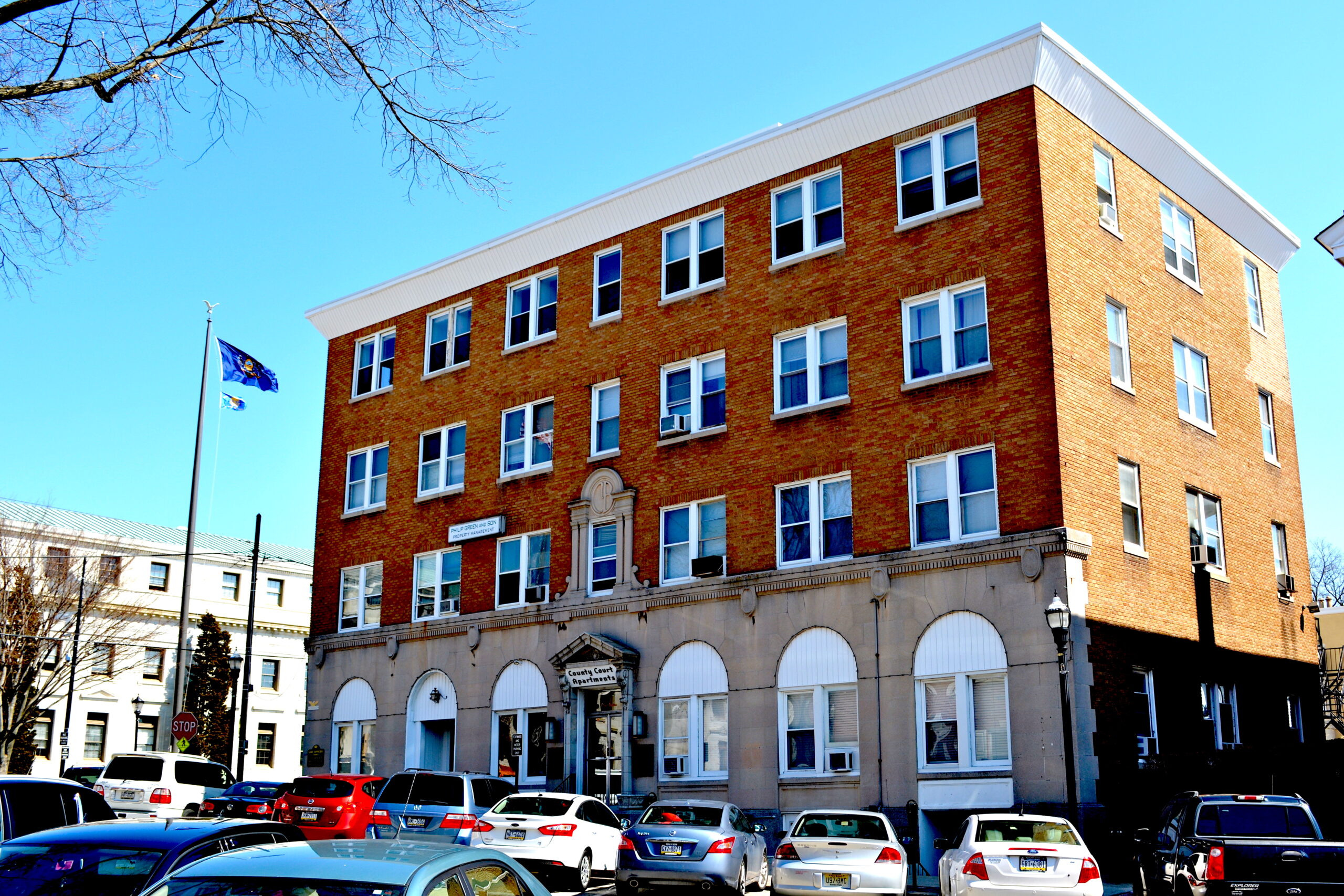 This building in Media, Pennsylvania, now known as County Court Apartments, was the site of the March 8, 1971, break in of the local F.B.I. office that resulted in the exposure of the CoIntelPro program. (Smallbones, CC0, Wikimedia Commons)

There was literally nothing good about COINTELPRO.  It was illegal.  It was unethical.  It was immoral.  It was used to prevent Americans from exercising their constitutional rights.  It was a dark period in American history — one of the darkest in modern American history.  Our government owes it to the American people to lay the information bare.  All of COINTELPRO should be declassified.  Bobby Rush’s bill would do that.

I say would, rather than will, because this bill has an almost zero chance of passing through both houses of Congress and being signed into law by the president.  That it was referred to a subcommittee in May and has had no subsequent action is akin to a death notice.

But it is possible to give it life.  I’ve spent years on Capitol Hill, working first for a Democratic congressman from Pennsylvania and later as the senior investigator on the Senate Foreign Relations Committee.  I can tell you that a letter from a constituent has a great deal of authority, far more so than an email.  Members of Congress really do react to letters from the people they represent.  It may sound quaint, or even a little silly, but that’s democracy at work.   This bill can be discharged from the subcommittee if the public demands it.

Bobby Rush was right to sponsor this bill.  The F.B.I. should have declassified COINTELPRO decades ago.  Remember, the American people own this information.  They deserve to know what their government has done in their name.