The proposal by Rishi Sunak, the former chancellor, is another attempt to stage a culture-war spectacle, writes Sita Balani. But these rhetorical games have real consequences. 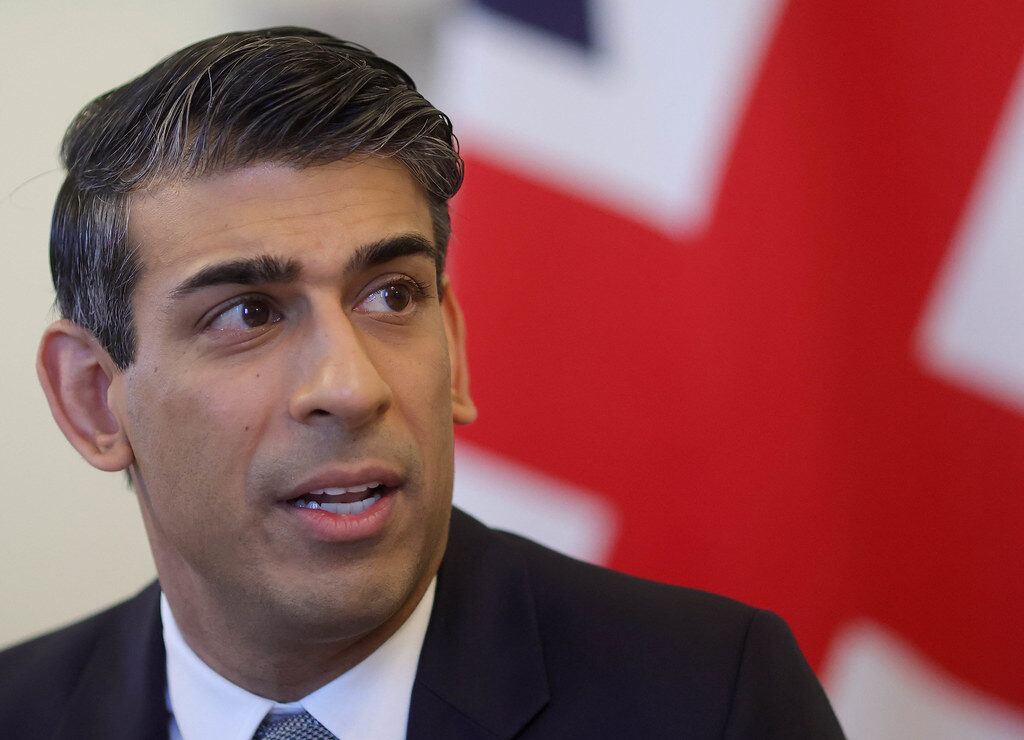 Rishi Sunak in March, while serving as chancellor of exchequer. (Andrew Parsons / No 10 Downing Street)

In Rishi Sunak’s latest attempt to revive his floundering leadership bid, he has announced that he would widen the definition of extremism to include those with an “extreme hatred of Britain.”

Anyone expressing anti-nationalist views could be referred to Prevent, the government’s anti-radicalisation scheme. Though the government claims participation in the “deradicalization” programme is voluntary, when referrals lead to the police banging on your door at dawn or pulling your child out of maths to interrogate them, the government’s definition of “voluntary” starts to seem as vague and inconsistent as its definition of ‘extremism’.

There’s a long history of British governments criminalising dissent. Sedition laws were a cornerstone of the counterinsurgency strategy that Britain used to quell anti-colonial rebellions. The Indian Penal Code, drafted by Thomas Macauley, makes displaying “disaffection” towards the government a criminal offence. India, like many other postcolonial nations, kept this repressive law on the books. The Modi government has used it to cement its shift towards a virulent, authoritarian nationalism. Now the postcolonial boomerang is rebounding once again on British shores.

Even an analysis such as this one – which draws attention to Britain’s colonial legacy, the violent impact of its laws, its resemblance to fascist regimes elsewhere – could be viewed as “anti-British.” Given that anyone who wants to understand the modern world would need to engage with the history of empire, the making of nation-states and the political function of racism, it’s difficult to see how any serious intellectual work is possible under these conditions.

“Even an analysis such as this one … could be viewed as ‘anti-British.'”

When Prevent became statutory in 2015 with the Counter Terrorism and Security Act, it was clear that this marked a serious escalation in criminalisation. Prevent targeted Muslims specifically, but it did so through a profound transformation of the terms of ordinary civic life. Teachers, doctors, social workers, and nurses were expected to monitor their students, patients and clients for signs of “radicalisation.” In the process, they were conscripted into the state’s surveillance machinery.

Prevent trainings were rolled out across the crumbling remains of state services, embedded into safeguarding structures to make it harder to boycott or disrupt the programme. As a result, Prevent is now firmly lodged in our institutions. Even if the legislation were repealed (and there appears little chance of that in the near future), a wider transformation would be needed to prise systems of surveillance and punishment out of schools, healthcare, and social work.

Now Sunak wants to extend the reach of Prevent even further. Of course, subjecting everyone who speaks ill of Britain to a “de-radicalization” programme is entirely unworkable. Social media is awash with people expressing their rage at the “rainy fascist island.” As Andrew Neil’s recent diatribe in The Daily Mail points out, some of them even publish in The New York Times.

The idea may be unenforceable, but perhaps enforcement is not the point. While the immediate purpose is to give Sunak a push in the polls by flinging some red meat to party members, the larger game here is to feed the culture wars by any means necessary. For all of the talk of freedom of speech, this government operates only through scripted set pieces. Sunak’s latest announcement is one such attempt to stage a culture war spectacle, but these rhetorical games have real consequences.

“The larger game here is to feed the culture wars by any means necessary.”

Even if this rebooted sedition law never makes it into the statute books, the very fact of resuscitating this idea will draw even more people into the orbit of Prevent. After all, Prevent does not work on the basis of intervening in genuine threats — there is already plenty of legislation that can be used to prosecute conspiracy. Instead, it relies on prejudice, paranoia and rumour. If speaking against the nation becomes associated with extremism, more referrals will follow, using even more spurious ‘evidence’, even if the law itself remains unaltered.

Indeed, the latest Prevent statistics suggest that this escalation is already happening. Referrals over concerns about Islamist and extreme right-wing “extremism” are 24 percent and 22 percent respectively, but the biggest group is “mixed, unstable and unclear ideologies” which account for 51 percent of referrals.

Sunak is promising to refocus attention on Islamist extremism, which is already assumed to begin with a “grievance” against Britain. Perhaps even more disturbing, even by the programme’s own admission, up to 70 percent of people referred may have mental health issues.

Many people who are referred into Prevent have poor housing or struggle with addiction issues. The “vulnerability support hubs,” funded by the NHS, the Home Office and Counter Terrorism, view poor mental health, inadequate housing, and substance misuse as risk factors for “radicalization” rather than as issues that stem from a grossly unequal society. At a bare minimum, people deserve care, compassion, and financial support. Instead people are met with punishment and surveillance.

Under the last few years of Tory rule, we’ve seen a growing carceral architecture organised around stifling all forms of dissent. The Police, Crime, Courts and Sentencing Act is a particularly pernicious piece of legislation that has extended the reach of policing into even the most banal forms of protest. Sunak’s announcement may seem like an empty threat, but there are already “Kill the Bill” and climate protesters in prison for their activism.

Today they have their sights on “Britain-haters” but the culture wars depend on constantly manufacturing new enemies within. These manufactured threats are not just fodder for the tabloids: real people — likely vulnerable and marginalised — will find themselves at the sharp end of criminalisation.

Sita Balani is a writer and teacher living in London. She is the co-author of Empire’s Endgame: Racism and the British State (Pluto Books, 2021). She has published in Vice, Novara Media, Salvage, the Verso Blog, Five Dials and The White Review.