The sharp attack on education during this past decade forces us to consider the kind of future that young people will inherit, writes Vijay Prashad. 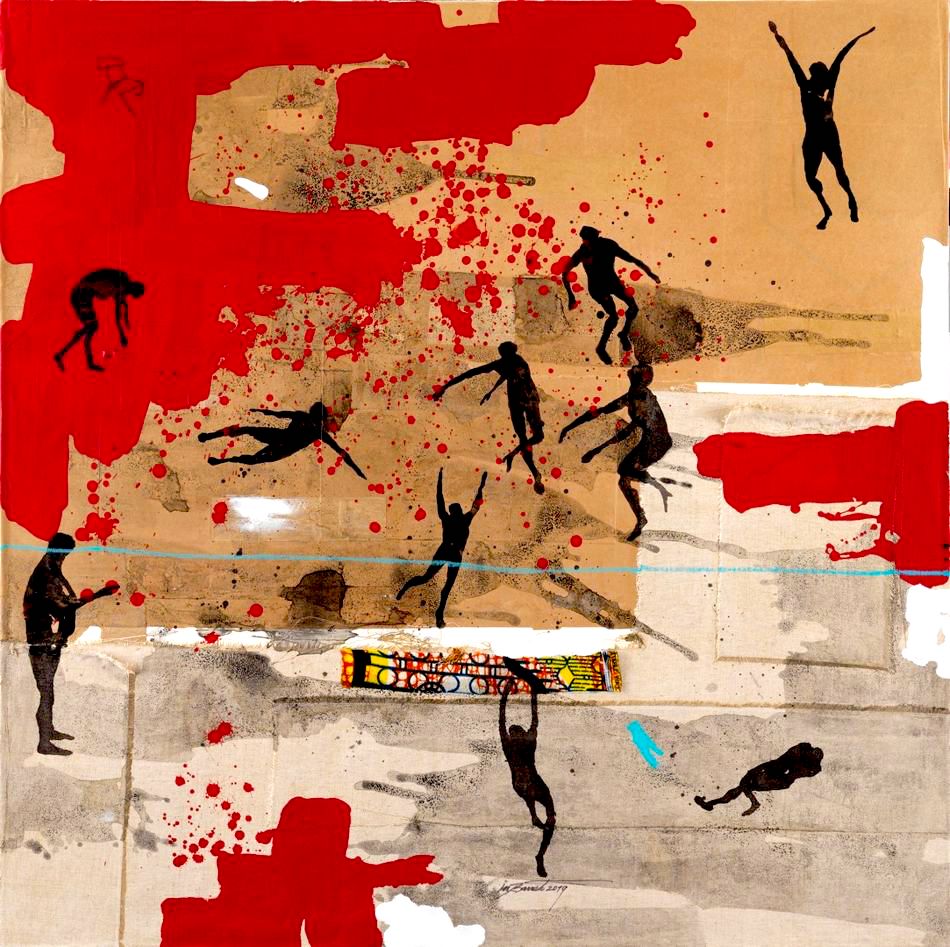 The world is adrift in the tides of hunger and desolation. It is difficult to think about education, or anything else, when your children are not able to eat. And yet, the sharp attack on education during this past decade forces us to consider the kind of future that young people will inherit.

In 2018, before the pandemic, the United Nations calculated that 258 million, or 1-in-6, school age children were out of school. By March 2020, the start of the pandemic, UNESCO estimated that 1.5 billion children and youth were affected by school closures; a staggering 91 percent of students worldwide had their education disrupted by the lockdowns.

A U.N. study released in June 2022 has found that the number of children experiencing distress in their education has nearly tripled since 2016, rising from 75 million to 222 million today.

“These 222 million children,” the U.N.’s Education Cannot Wait program notes, “are on a spectrum of educational needs: about 78.2 million (54 percent females, 17 percent with functional difficulties, 16 percent forcibly displaced) are out of school, while 119.6 million are not achieving minimum proficiency in reading or mathematics by the early grades, despite attending school.” Far too little attention is being paid to the calamity that this will impose upon the generations to come.

The World Bank, in collaboration with UNESCO, has pointed out that funding for education has dropped in low- and lower-middle income countries, 41 percent of which “reduced their spending on education with the onset of the pandemic in 2020, with an average decline in spending of 13.5 percent.”

Whereas richer countries have returned to pre-pandemic levels of funding, in the very poorest countries funding has been driven below pre-pandemic averages. The decline in funding for education will produce a loss of nearly $21 trillion in lifetime earnings, much higher than the $17 trillion estimated in 2021. As the economy splutters and as the owners of capital come to terms with the fact that they simply will not hire billions of people who become — for them — a “surplus population,” it is no wonder that the focus on education is so marginal. 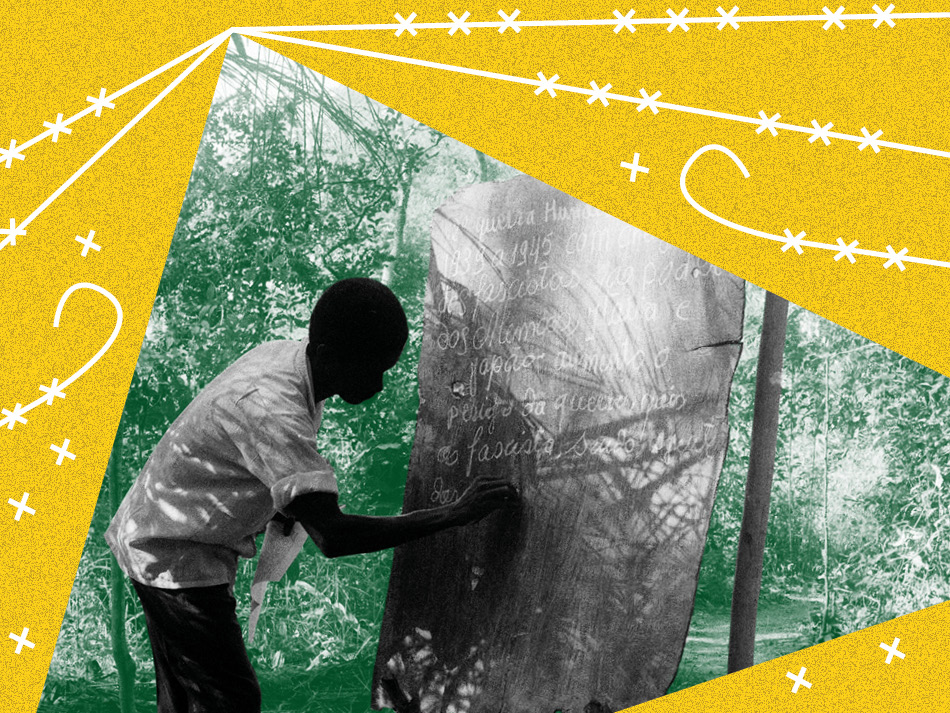 A teacher writes on a blackboard at a PAIGC school in the liberated areas in the Guinean forests, 1974. (Roel Coutinho, Guinea-Bissau and Senegal Photographs; 1973–1974)

Looking to the national liberation experiments of an earlier era reveals an utterly different set of values, which prioritized ending hunger, increasing literacy and ensuring other social advances that enhanced human dignity.

From Tricontinental: Institute for Social Research comes a new series called “Studies in National Liberation.” The first study in this series, “The PAIGC’s Political Education for Liberation in Guinea-Bissau, 1963–74,” is a fabulous text based on the archival research of Sónia Vaz-Borges, a historian and the author of Militant Education, Liberation Struggle, and Consciousness: The PAIGC education in Guinea Bissau, 1963–1978 (Peter Lang, 2019).

The PAIGC, short for Partido Africano para a Independência da Guiné e Cabo Verde, or the African Party for the Independence of Guinea and Cape Verde, was founded in 1956. Like many national liberation projects, the PAIGC began within the political framework set up by the Portuguese colonial state. In 1959, dockworkers at the Pidjiguiti docks went on strike for higher wages and better working conditions, but they found that the Portuguese negotiated with the gun when they killed approximately 50 workers, wounding others. This massacre convinced the PAIGC to pursue an armed struggle, setting up zones liberated from colonial rule in then Guinea (today Guinea-Bissau).

In these liberated zones, the PAIGC set up a socialist project, which included an educational system that sought to abolish illiteracy and to create a dignified cultural life for the population. It is this pursuit of an egalitarian educational project that attracted our attention, since even in a poor country facing the armed repression of the colonial state, the PAIGC still moved precious resources away from the armed struggle to build the dignity of the people. In 1974, the country won its independence from Portugal; the values of this national liberation project continue to resonate with us today.

Students in a PAIGC primary-school classroom in the liberated areas, 1974. (Roel Coutinho, Guinea-Bissau and Senegal Photographs; 1973–1974)

The national liberation project that the PAIGC embarked on had two simultaneous objectives:

Until 1959, there were no secondary schools in Guinea-Bissau, which the Portuguese monarchy had controlled since 1588. In 1964, the first congress of the PAIGC, under the leadership of Amílcar Cabral, laid out the following promise to:

“Set up schools and develop teaching in all the liberated areas. … Improve the work in the existing schools, avoid a very high number of pupils which might prejudice the advantage to all. Found schools but bear in mind the real potential at our disposal to avoid our having to later close some schools because of a lack of resources. … Constantly strengthen the political training of teachers… Set up courses to teach adults to read and write, whether they are combatants or elements of the population. … Little by little set up simple libraries in the liberated areas, lend others the books we possess, help others to learn to read a book, the newspaper and to understand what is read.”

“All who know must teach those who don’t know,” said the cadre of the PAIGC as they put a great deal of effort into teaching basic literacy, the history of their land, and the importance of their struggle for national liberation. 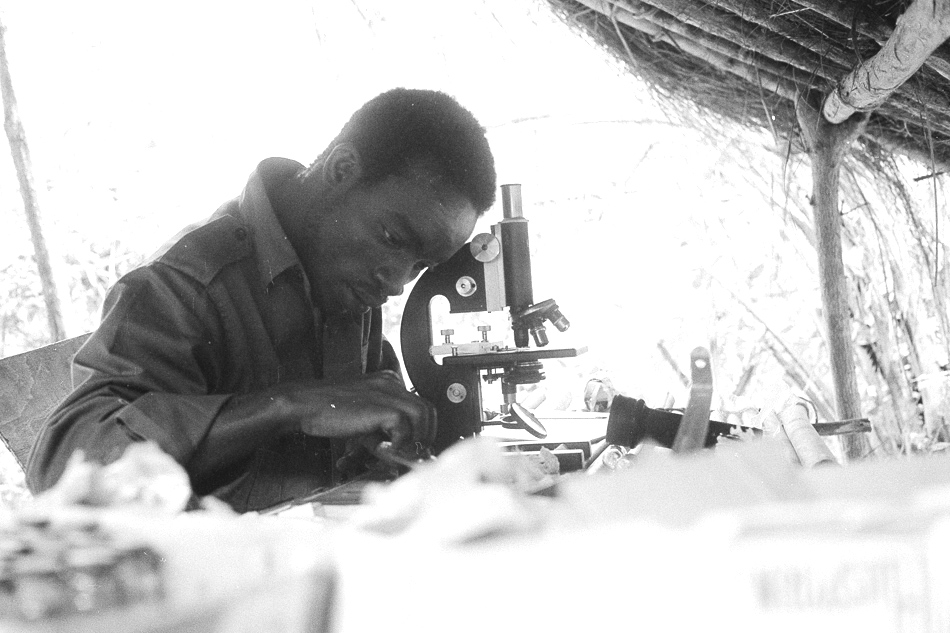 A student uses a microscope during a PAIGC medical consultation in a college in Campada, 1973. (Roel Coutinho, Guinea-Bissau and Senegal Photographs; 1973–1974)

Our study explains the entire process of the educational system set up by the PAIGC, including an assessment of the educational forms and practices. Central to the study is a close look at the PAIGC’s pedagogy and its anti-colonial and Africa-centered curriculum. As our study notes:

“The experiences of African people, their past, their present, and their future had to be at the heart of this new education. The school curricula needed to grapple with and be shaped by the forms of knowledge that existed in local communities.

With these new approaches to knowledge, the PAIGC intended to cultivate in the learners a personal sense of obligation to themselves, their peers, and their communities. As early as 1949, Cabral advocated for knowledge production to focus on the existing African realities through his research experiences of the agricultural conditions in Portugal and its African territories. He argued that one of the best ways to defend the land lay in learning and understanding how to use the soil sustainably and consciously improve the benefits we reap from it. To know and understand the land was a form of defending the people and their right to better their living conditions.”

The study is gripping, a window into a world that has been vanquished by the International Monetary Fund’s structural adjustment austerity that has dragged Guinea-Bissau into turmoil since 1995, its literacy rate floundering near 50 percent – shocking for a country with the kind of national liberation possibilities set in motion by the PAIGC. Reading the study opens earlier windows, hopes that remain alive so long as our movements remain attentive and return to the source to build better futures.

The PAIGC leader Amílcar Cabral was assassinated on Jan. 20, 1973, a year before Portuguese colonialism suffered a historical defeat.

The PAIGC struggled from the loss of its leader. In 1946, Cabral wrote a lyrical poem, “Regresso” or “Return,” which pointed to the ethics of the movement for which he gave his life.

“Return” was an important term in Cabral’s vocabulary, the phrase “return to the source” central to his view that national liberation must treat the past as a resource and not as a destination. Do listen to the great singer from Cabo Verde, Cesária Évora, sing Cabral’s poem above, and read it below, a door to the hopes we have for liberatory education:

Old mama, come, let’s listen
to the beat of the rain against the door.
It’s a friendly beat
that pounds in my heart.

Our friend the rain, old mama, the rain
that hasn’t fallen this way in a long time…

I heard that the Cidade Velha
– the entire island –

becomes a garden in just a few days…

They say that the countryside is covered in green,
in the most beautiful colour, because it is the colour of hope.
That now, the land really looks like Cape Verde –
Calm has now replaced the storm…

Come, old mama, come
regain your strength and come to the gate.
Our friend the rain has already said to hang on,
and can beats in my heart.

← Evo Morales: UK Role in Coup That Ousted Him
When the World Is the Enemy →

5 comments for “Will Our Children Be Able to Read?”