When every conflict or area of instability is perceived as a threat, the world becomes the enemy, writes Brad Wolf. 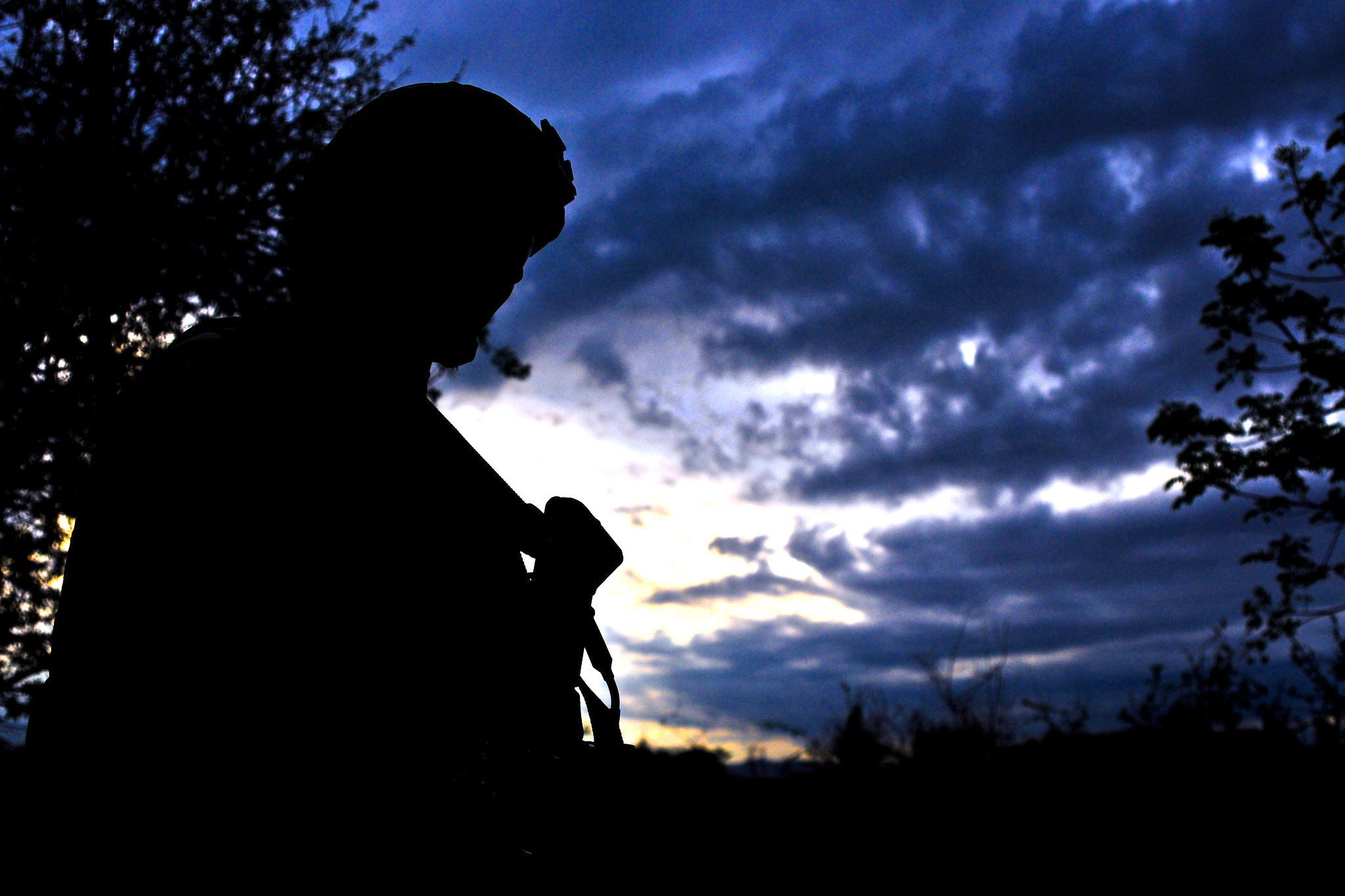 I recently spoke with the foreign policy aide of a United States senator in a scheduled lobbying call for our antiwar organization.

Rather than use the standard lobbying points about wasteful Pentagon spending, I asked for a frank discussion regarding ways our organization might find a successful strategy to cut the Pentagon budget. I wanted the perspective of somebody working on the Hill for a conservative senator.

The senator’s aide obliged me. The chances of any bill passing both chambers of Congress that would trim the Pentagon budget by 10 percent, according to the aide, were zero.

As described to me, the military assesses threats across the globe including such countries as China and Russia, then designs a military strategy to counter those threats, works with weapons manufacturers to design weapons to integrate into that strategy, then produces a budget based on that strategy. Congress, Democrats and Republicans alike, overwhelmingly approve the budget. After all, it’s the military. They clearly know the business of war.

When a military begins with the notion that it must confront all problems arising from all locales across the globe, what it develops is a global military strategy. This is not a defensive strategy, but a global policing strategy for every conceivable offense. When every conflict or area of instability is perceived as a threat, the world becomes the enemy.

“This is not a defensive strategy, but a global policing strategy for every conceivable offense.”

What if such conflicts or instabilities were seen as opportunities rather than threats? What if we deployed doctors, nurses, teachers, and engineers as quickly as we deployed drones, bullets, and bombs?

Doctors in mobile hospitals are far less expensive than the current F-35 fighter jet which is closing in on a $1.6 trillion price tag. And doctors don’t mistakenly kill noncombatants in wedding parties or funerals thereby fueling anti-Americanism. In fact, they don’t see combatants or noncombatants, they see people. They treat patients.

The chorus decrying such an idea as “naïve” is immediately heard, war drums providing the charging beat. And so, an assessment is in order.

According to Merriam-Webster, naïve can mean “marked by unaffected simplicity,” or “deficient in worldly wisdom or informed judgment,” or “not previously subjected to experimentation or a particular experimental situation.”

The above proposal of doctors over drones does indeed sound simple and unaffected. Feeding people who are hungry, caring for them when they are sick, housing them when they have no shelter, is a relatively straightforward approach. Often the unaffected, simple way is the best. Guilty as charged here.

As to “deficient in worldly wisdom or informed judgment,” we have witnessed America perpetually at war, seen the wise, worldly, and informed proven disastrously wrong again and again at a cost of hundreds of thousands of lives. They brought no peace, no security. We are gladly guilty of being deficient in their particular brand of worldly wisdom and informed judgment. We, the naïve ones, have gathered our own wisdom and judgment from enduring their catastrophic mistakes, their hubris, their lies.

“We, the naïve ones, have gathered our own wisdom and judgment from enduring their catastrophic mistakes, their hubris, their lies.”

As to the last definition of naïve, “not previously subjected to experimentation,” it is quite clear that a policy of healing rather than war has never been seriously considered, articulated, or deployed in any manner by this country. Naïve again, as charged.

If we had built 2,977 hospitals in Afghanistan in honor of every American who died on 9/11, we would have saved far more lives, created far less anti-Americanism and terrorism, and spent far less than the $6 trillion price tag of the unsuccessful War on Terror. Additionally, our act of magnanimity and compassion would have stirred the conscience of the world. But we wanted to shed blood, not break bread. We craved war, not peace. And war we got. Twenty years of it.

War is always a conflict over resources. Somebody wants what somebody else has. For a country that has no problem spending $6 trillion on a failed War on Terror, we can certainly provide the needed resources of food, shelter, and medicine to keep people from tearing each other apart, and in the process, save ourselves from opening yet another bleeding wound. We must do what is so often preached in our churches but rarely enacted. We must perform the works of mercy.

It comes down to this: Are we prouder of vanquishing a country with bombs, or saving it with bread? Which of these allows us to hold our heads higher as Americans? Which of these engenders hope and friendship with our “enemies?” I know the answer for myself and many of my friends, but what of the rest of us? How do we get the war out of America? I know of no other way than by being naïve and embracing the simple, unaffected works of mercy.

Brad Wolf, a former lawyer, professor, and community college dean, is co-founder of Peace Action Network of Lancaster and writes for World BEYOND War.

← Will Our Children Be Able to Read?
Caitlin Johnstone: This Proxy War Has No Exit Strategy →

23 comments for “When the World Is the Enemy”