James DiEugenio assembles evidence of an agency role in the scandal. 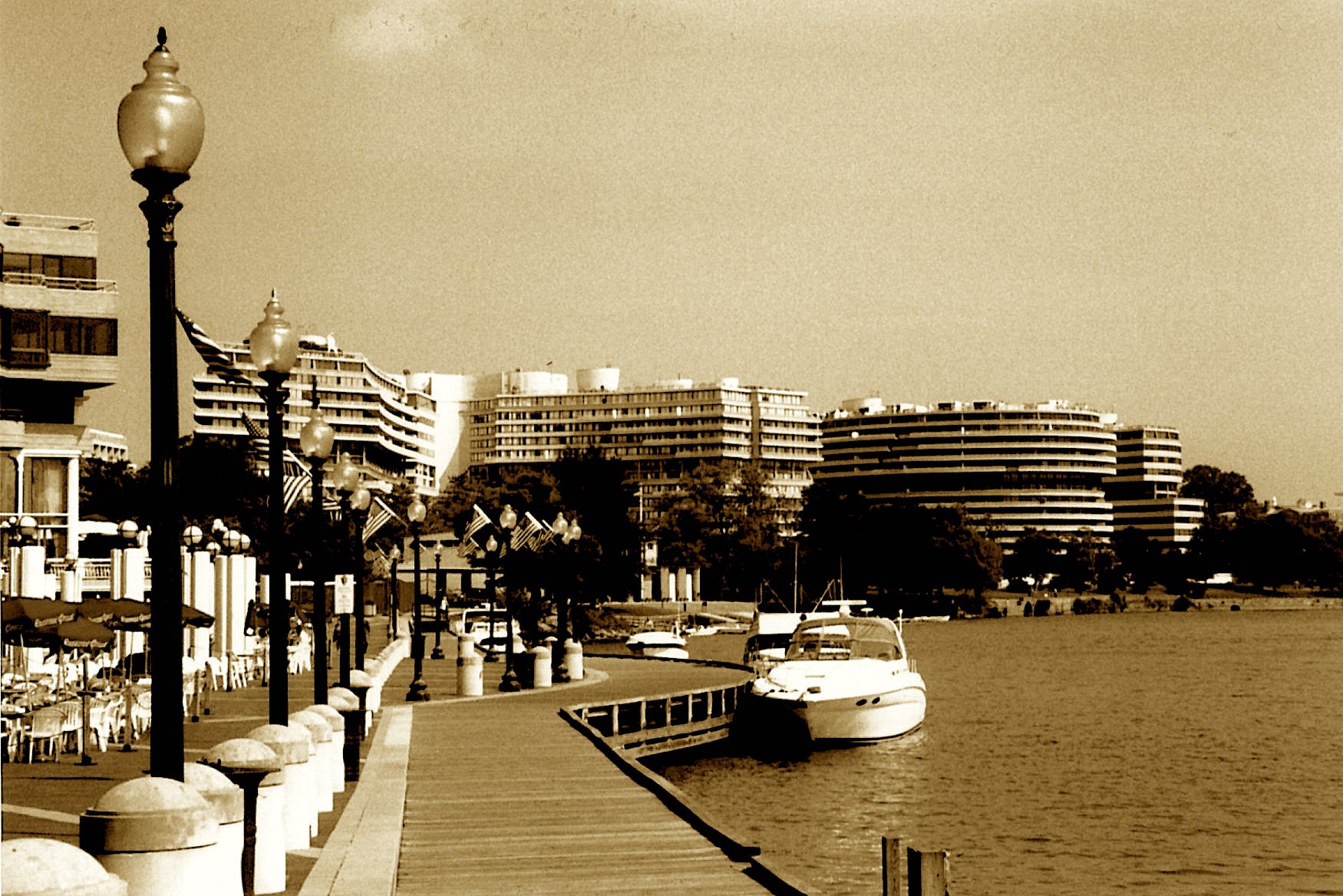 Jefferson Morley begins his new book on Watergate, Scorpions’ Dance, in an adroit and forceful manner. Former C.I.A. Director Richard Helms has been called back to Washington from his new position, ambassador to Iran. He is beginning his testimony before the Senate Watergate Committee.

Right at the start Helms makes categorical statements about the agency’s lack of involvement with just about every aspect of the unfolding Watergate scandal. Helms specifically denies any involvement at all with the break in, and adds that he was determined to make that point clear from when it happened to that moment.

The day was Aug. 2, 1973.  Helms’ denials led both the CBS and ABC evening news programs.  They were bannered by The New York Times and praised by Lou Cannon in The Washington Post. As Morley and others have revealed, the problem with Helms’ testimony is that it was, at best, deceptive, at worst, simply false.  And, even worse, Helms likely knew this before he said it. 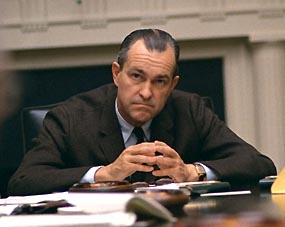 For instance, one of the captured Watergate burglars, Eugenio Martinez, had an agency case officer before and after the break-in. Martinez was being paid a monthly stipend.  Even before the Watergate break-in, the C.I.A. was extending aid to one of the band’s ringleaders, Howard Hunt. This involved a raid on Daniel Ellsberg’s psychiatrists’ office.

As Morley notes, although Helms tried to say he did not even know Dr. Louis Fielding, this was likely another dubious denial. Because the agency had extended support and aid to Hunt for that break-in.  They even worked up a psychological profile on Ellsberg.

Helms said he did not even know Ellsberg had a psychiatrist. Yet he had seen the photos of the casing of the building before the break-in. And that was because the Agency was giving Hunt photographic help on the operation.

But in this first appearance, Helms tried to go even further.  He tried to imply that he really did not know very much about Hunt at all.  This is another point that Morley shows is false.

The author pegs the first meeting between the two most likely in 1957  in Havana.

But Helms knew of Hunt even earlier, due to Howard’s literary efforts; in this instance trying to get C.I.A. rights to Orwell’s Animal Farm.

Helms later encouraged and aided Hunt’s attempts to market a series of espionage novels to Paramount Pictures. But as Hunt notes toward the end of Scorpion’s Dance, once the Watergate hearings commenced, it was as if Helms never knew him.

There is a subsidiary question to this issue of Helms and Hunt.  Namely, the relationship between Hunt and James McCord.

Hunt’s role in Watergate was to recruit the Cuban exiles out of Miami and guide them, as he spoke fluent Spanish. McCord was the technical expert on the surveillance elements of the operation at the Watergate Hotel.  The reason being it was the home of the Democratic National Committee. Hunt and McCord maintained they did not know each other prior to their work for President Richard Nixon in April of 1972: Hunt at the White House and McCord at the Committee to Re-elect the President (CREEP).

But in his fascinating book on Watergate, Secret Agenda, author Jim Hougan made a strong case that this was also not accurate. There was evidence to show that the two already knew each other from working together while in the C.I.A. on anti-Castro projects and a Washington area surveillance operation.

At the time of the Helms appearance, his words echoed throughout the chamber. And like Colin Powell before the United Nations, there was really no one questioning him on that day.

Why?  Because the entire media conglomerate had been immersed in the series put out by Bob Woodward, Carl Bernstein, Ben Bradlee and The Washington Post.  It was those stories that set the template for almost every other newspaper and broadcast story about the phenomenon known as Watergate. This included the committee Helms was testifying before, Sen. Sam Ervin’s Senate Watergate Committee. That committee was controlled by a strong Democratic majority led by Ervin and Chief Counsel Sam Dash.  They had little affection or sympathy for Richard Nixon. It would be more accurate to say that he was their target.

There was one exception to this on that committee; one person who was not fully accepting the Woodward/Bernstein paradigm.  This was Sen. Howard Baker of Tennessee.

Baker was the minority leader on that committee. Although he had a friendly relationship with Ervin in public, he was the first to diverge in private from where he felt that committee was headed. Which was towards the impeachment of Nixon. 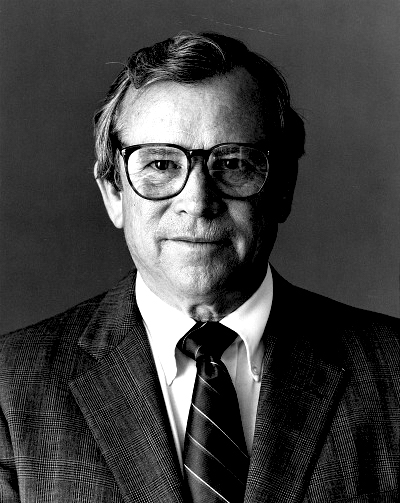 As Baker came into contact with these C.I.A. elements, he found them rather inexplicable.

If Hunt had retired from the C.I.A., why were they extending him technical help? And not just on Watergate, but on the ITT-Dita Beard matter. Who was the case officer for Martinez?  And did Martinez inform him of the break-in before it happened? Why was Helms trying to separate himself from Hunt, and to a lesser degree, Jim McCord?

Baker decided that, for partisan reasons, Ervin and Dash were going to ignore these issues.  Therefore, he decided to set up his own task force inside the committee.  He and the minority counsel –and future senator– Fred Thompson — led it. Once they started their inquiry, the parameters did not decrease, they widened.

For instance, there was the issue of Robert Bennett. Bennett had purchased the Mullen Company.  This was a PR operation which, as Morley writes, had employed Hunt on Helm’s recommendation after he retired from the agency. It turned out that the Mullen Company was a C.I.A. front. And it was from there that Bennett and Hunt badgered White House assistant Charles Colson to give Hunt a position in the White House.

Then there was Maxie Well’s desk. When Martinez was apprehended he had a key to her desk at the Watergate.  That key opened all the drawers to that desk. She was the secretary to Spencer Oliver. Oliver was one of the targets of Jim McCord’s faulty bugging equipment, which the burglars were there to replace.

How did Martinez get this key?  Wells said there were only two in existence and one was wrapped around her neck. Was there an inside man at the DNC? We will likely never know. Morley states Martinez refused to reply to these questions and part of his oral history has been classified.

As is also revealed in Scorpion’s Dance, one of the documents under Howard Baker’s review was a C.I.A. memorandum of March 1, 1973.  It stated Bennett had been feeding stories to Woodward “with the understanding that there be no attribution to Bennett. Woodward is suitably grateful for the fine stories and by-lines which he gets….”

Baker was naturally captivated by this memo.  Bennett told Thompson that he knew nothing about the break-in before it occurred.  But this collided with another fact Baker discovered. 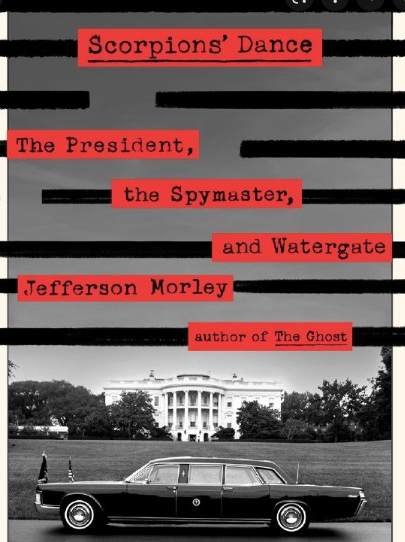 There was a sixth burglar on board the day before the last break-in.  He was a young man named Tom Gregory. Gregory had second thoughts and backed out the day before. Interestingly, he went to Bennett to inform him of his decision. As Morley notes, The Washington Post did not disclose the Mullen Company was a C.I.A. front for two years.

Helms also prevaricated about a C.I.A. operative named Lee Pennington. Pennington was a friend of McCord’s. Morley notes that Helms tried to disguise his knowledge of Pennington by giving out the name of another Pennington to confuse matters.

Lee Pennington was important to the whole affair. Just a few days after the break-in, contract agent Pennington went over to McCord’s home. He and his wife now began burning all kinds of materials.  Although

Pennington said he only burned a few papers, the fire got so big that it blackened the walls of the residence, to the point it had to be repainted. As the C.I.A. later admitted, Pennington helped to destroy McCord’s files in order to eliminate any evidence of a connection between the C.I.A. and McCord. Since McCord’s past C.I.A. employment was common knowledge, one has to ask: was Pennington there to burn anything indicating a more current connection?

Let us close this discussion with two aspects which touch on the Washington Post, and Woodward and Bernstein.

When Thompson and Baker got hold of the C.I.A. memorandum about Bennett and Woodward the word got out about it at the Post. Bernstein called Baker for a meeting on the memo.  Both men denied any such relationship with Bennett.  Since Bernstein was not specifically mentioned by Bennett, his denial was at least mildly credible.  But Woodward’s was less so.  One has to wonder: was this discovery about his partner the impetus for Bernstein’s milestone Rolling Stone article in 1977 The CIA and the Media.

Related to this, as we all know, in 2005 Woodward and former F.B.I. officer Mark Felt decided to disclose that it was Felt who was Deep Throat. This was the nickname given to one of Woodward’s secret sources on Watergate. The character became quite central to the tale as a result of the Robert Redford-produced film of the Woodward/Bernstein book All the President’s Men. Who can forget the scenes of actor Hal Holbrook in those dark parking garages at night?

It turned out that Woodward made a mistake at this time. He and Bernstein allowed the University of Texas to purchase their Watergate papers. When Felt, who was suffering from early dementia at the time, decided to come out of the woodwork, Woodward donated his notes on Deep Throat to the Ransom Center as part of their agreement.

Ed Gray, the son of L. Patrick Gray, Nixon’s interim F.B.I. director, was completing a book that his father’s death had left undone. The resulting work, In Nixon’s Web, is a fine, overlooked contribution to the literature on the subject.

Nearing completion, Ed Gray visited the Ransom Center and looked over the new “Deep Throat” notes. After inspecting them all, and communicating with Woodward, he came to a startling conclusion. In these very notes, Woodward unconsciously revealed that Deep Throat was — as most people thought — a composite.

For instance, Woodward referred to two distinct sources in one set of notes. Also, there is information in those notes that Felt could not have known. Only someone close to CREEP could have. Could this have been Bennett? And if so, was this what Woodward did not wish to admit.

For reasons given above, we will never know what the real role of the C.I.A. was in Watergate. Because of the partisanship of the Ervin Committee — they resisted even printing Baker’s minority report — and the whirlpool created by The Washington Post, that role will remain clouded. But slowly but surely, that role is finally becoming, if not explained, as least delineated.

James DiEugenio is a researcher and writer on the assassination of President John F. Kennedy and other mysteries of that era. His most recent book is  The JFK Assassination : The Evidence Today.

13 comments for “The CIA’s Role in Watergate”