The advocacy group Social Security Works is urging the Senate to block Andrew Biggs’ appointment by highlighting his role in the George W. Bush administration’s failed attempt to privatize the New Deal program in 2005. 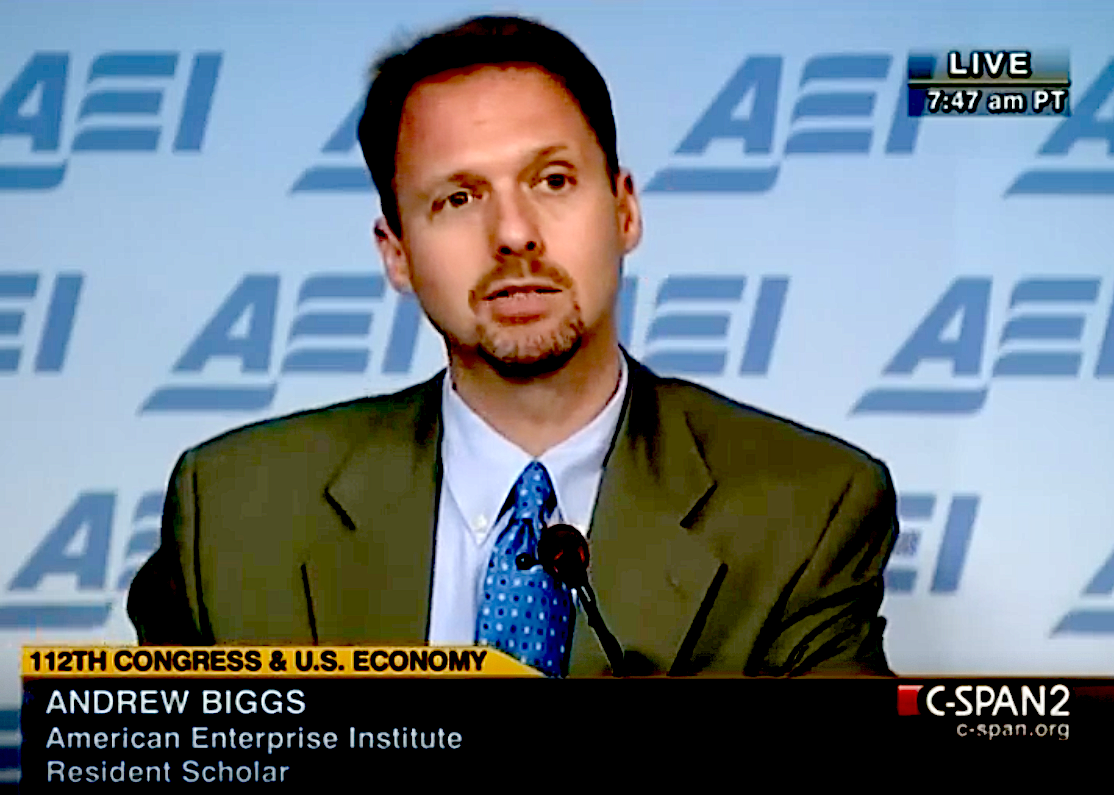 Defenders of Social Security on Tuesday urged the U.S. Senate to block President Joe Biden’s little-noticed nomination of Andrew Biggs — an American Enterprise Institute senior fellow with a history of supporting Social Security privatization — to serve on the independent and bipartisan Social Security Advisory Board.

Social Security Works, a progressive advocacy group, is leading the charge against Biggs, highlighting his role in the George W. Bush administration’s failed attempt to privatize the New Deal program in 2005. At the time, Biggs worked on Social Security as an associate director of Bush’s National Economic Council.

The group, whose president currently serves on the Social Security Advisory Board (SSAB), is also sharing a sample call script for those who wish to contact their representatives about Biggs.

“The Senate can, and must, block this terrible nomination,” the organization wrote. “Please call your senators at 202-224-3121 and tell them to vote NO on Andrew Biggs.”

The Senate can, and must, block this terrible nomination!

The White House announced Biggs’ nomination to the SSAB in May, a move that drew little notice at the time.

Last month, The Lever‘s Matthew Cunningham-Cook called attention to the president’s pick and warned it suggests “there could soon be a coordinated push in Washington to cut the Social Security program, which provides retirement, disability, and survivor benefits to 66 million Americans.”

While Biden vowed on the campaign trail to back an expansion of Social Security, he has previously supported cutting the program’s benefits. Biden was vice president when former President Barack Obama proposed a “grand bargain” with the GOP that would have entailed cuts to Social Security.

Biggs, too, has a long record of advocating Social Security cuts. As Cunningham-Cook wrote last month, “For years, Biggs has been a vocal critic of expanded Social Security and workers’ right to a secure, stable retirement free from the vagaries of the stock market.”

“He has dismissed the retirement crisis as a non-issue and as recently as 2020 blamed problems with the Social Security system on ‘older Americans’ game of chicken,'” he added. “While the seat on the bipartisan board is by tradition assigned to a Republican, Biden could have chosen a moderate candidate — or even leaned on precedent to avoid the nomination process altogether. Former President Donald Trump routinely refused to nominate Democrats for seats on boards and commissions.”

Simmering outrage over Biggs’ nomination to serve on the SSAB, which was formed in 1994 to advise the president and Congress on Social Security, comes as progressives are demanding an expansion of the program’s modest benefits — while Republican lawmakers, per usual, eye cuts.

Last month, Sens. Bernie Sanders (I-Vt.) and Elizabeth Warren (D-Mass.) led the introduction of the Social Security Expansion Act, which would lift the cap on income subject to the Social Security payroll tax and boost the program’s annual benefits by $2,400.

“At a time when half of older Americans have no retirement savings and millions of senior citizens are living in poverty, our job is not to cut Social Security,” Sanders said at the time. “Our job must be to expand Social Security so that every senior citizen in America can retire with the dignity they deserve and every person with a disability can live with the security they need.”

← Chris Hedges: The Disappearance of Meghan Marohn
The Corporatization of Just About Everything →

19 comments for “Biden’s Nominee for Social Security Board”