At the same NATO summit, President Biden announced plans to ramp up U.S. military presence in Europe in response to the Ukraine war, writes Caitlin Johnstone. 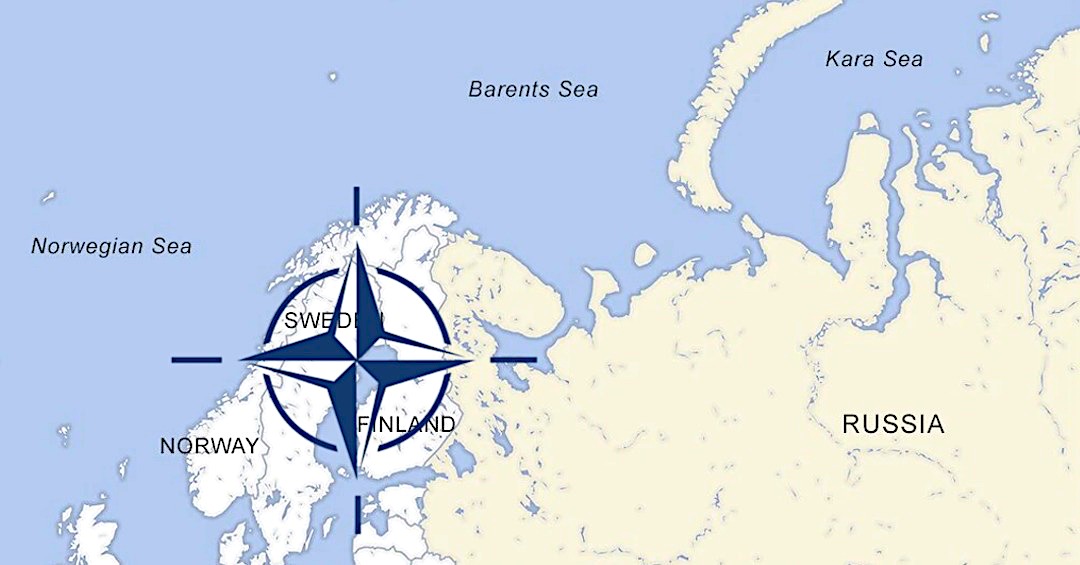 Turkey’s President Erdogan has officially withdrawn Ankara’s objection to the addition of Finland and Sweden to NATO membership, with the three countries signing a trilateral memorandum at a NATO summit in Madrid.

The removal of Erdogan’s objection was reportedly obtained via significant natsec concessions from the other two nations largely geared toward facilitating Turkey’s ongoing conflict with regional Kurdish factions, and it removes the final obstacle to Finland and Sweden beginning the process of becoming NATO members. Finland’s addition will more than double the size of NATO’s direct border with Russia, a major national security concern for Moscow.

“Sweden and Finland moved rapidly to apply to NATO in the wake of Russia’s invasion of Ukraine, reversing decades of security policy and opening the door to the alliance’s ninth expansion since 1949,” Axios reports.

So the western empire will be expanding NATO again in response to a war that was predominantly caused by NATO expansion. Brilliant.

Biden Says US Will Beef Up Military Presence in Europe as NATO Summit Begins in Madrid
NATO is set to agree on an expansion of its forces in Eastern Europe
by Dave DeCamp@DecampDave #NATO #NATOSummit #Ukraine #Russia #Europe https://t.co/JBMKIQh9UI pic.twitter.com/EkBjhvym9m

At the same NATO summit, President Joe Biden announced plans to ramp up U.S. military presence in Europe in response to the Ukraine war.

“Speaking with Spanish Prime Minister Pedro Sánchez, Biden said the U.S. will increase the number of U.S. Navy Destroyers stationed at a naval base in Rota, Spain, from four to six,” Antiwar’s Dave DeCamp reports. “The president said that this was the first of multiple announcements the U.S. and NATO will make at the summit on increasing their forces in Europe, steps being taken in response to Russia’s invasion of Ukraine.”

This news comes out as a new CNN report tells us that the Biden administration does not believe Ukraine has any chance of winning this war, yet still won’t encourage any kind of negotiated settlement to end the bloodshed.

White House officials are losing confidence that Ukraine will ever be able to take back all of the land it has lost to Russia over the past four months of war, U.S. officials told CNN, even with the heavier and more sophisticated weaponry the U.S. and its allies plan to send.

Advisers to President Joe Biden have begun debating internally how and whether Ukrainian President Volodymyr Zelensky should shift his definition of a Ukrainian “victory” — adjusting for the possibility that his country has shrunk irreversibly. U.S. officials emphasized to CNN that this more pessimistic assessment does not mean the U.S. plans to pressure Ukraine into making any formal territorial concessions to Russia in order to end the war.

This would confirm what I and many others have been saying since Russia invaded: that this proxy war is being waged not with the intention of saving Ukrainian lives by delivering a swift defeat to Moscow but with the intention of creating a costly, gruelling military quagmire to weaken Russia on the world stage.

This is further confirmed by a new Politico report that British Prime Minister Boris Johnson has discouraged France’s President Macron from facilitating a negotiated peace settlement between Moscow and Kyiv, which would support an earlier Ukrainian media report that Johnson had discouraged President Zelensky from such a settlement during his visit to Kyiv in April.

Confirms that Ukrainian Pravda story from a couple of months ago. Angloid political elites don't want this war to end until they're satisfied enough Russians are killed to kneecap Russia as a rival—no matter how many dead Ukrainians it takes to do so.https://t.co/alKLzwy7DF

These revelations emerge in the wake of western officials admitting that Ukraine is crawling with C.I.A. personnel and special forces operatives from the U.S. and other NATO countries.

“As usual it appears that the administration wants to have it both ways: assure the American people that it is being ‘restrained’ and that we are not ‘at war’ with the Russians, but doing everything but planting a U.S. soldier and a flag inside Ukraine,” writes Responsible Statecraft’s Kelley Beaucar Vlahos of this admission. “The Russians may not see the distinction and consider this news as further evidence that their war is more with Washington and NATO than with Ukraine.”

The empire is guided by so little wisdom in its escalations against Russia that the U.S. congress is now pushing expensive ship-launched nuclear cruise missiles on its naval forces even as the U.S. Navy tells them it doesn’t want those weapons and has no use for them.

Like hey, just take the nukes anyway. What’s the worst that could happen?

We need to really start taking seriously the possibility that a nuclear weapon could detonate as a result of misunderstanding or malfunction amid the chaos and confusion of all these frenzied, foolish escalations and lead to an exchange which ends our entire world. This nearly happened on multiple occasions in the last cold war, and there’s no rational reason to believe we’ll get lucky again.

The only sane course of action here is de-escalation and detente, and all the major players in these escalations are pointed in the exact opposite direction.

This is so much more dangerous than most people are letting themselves consider. It’s being sustained by psychological compartmentalization, emotional avoidance, and a profound lack of wisdom.

As commentator David S. D’Amato recently remarked, “If our species does find a way to survive into the distant future, our descendants will look at right now as the near miss; they’ll think, ‘Wow, that was close.’ How do we convince people in power to preserve that future?”

Caitlin Johnstone is a rogue journalist, poet and utopia prepper who publishes regularly at Medium and Substack. Her work is entirely reader-supported, so if you enjoyed this piece please consider sharing it around, liking her on Facebook, following her antics on Twitter, checking out her podcast on either Youtube, soundcloud, Apple podcasts or Spotify, following her on Steemit, throwing some money into her tip jar onPatreon or Paypal, purchasing some of her sweet merchandise, buying her books Notes From The Edge Of The Narrative Matrix, Rogue Nation: Psychonautical Adventures With Caitlin Johnstone andWoke: A Field Guide for Utopia Preppers.