Proposing that foreign policy be subjected to democratic processes is a call, essentially, to revolution. 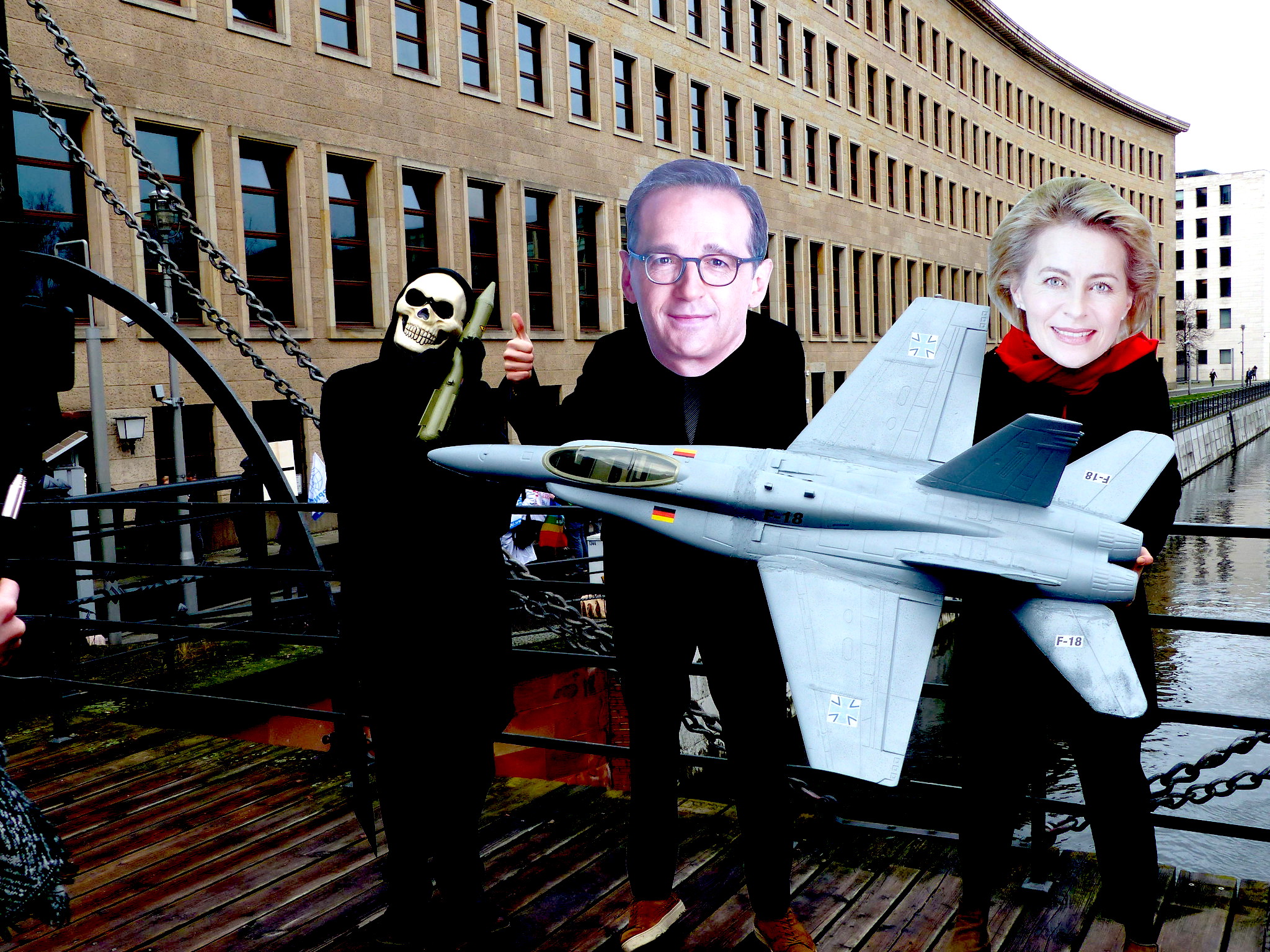 I had a letter in the mail the other week from someone named Barry Klein, who resides in Houston. I filed it knowing I would write about it, and now I shall.

Klein runs a group called ForeignPolicyAlliance.org. “Wars without end?” read the accordion brochure Klein sent. “Americans on the left and right are uniting to ask, Why? A call to reform U.S. foreign policy.”

This guy has endorsements that glow in the dark. Dan Ellsberg, Andy Bacevich, Sharon Tennison, Gordon Adams, Larry Wilkerson and Peter Kuznick: These are big names in the alternative foreign policy business.

Klein included a one-sheet flier with the Foreign Policy Alliance prospectus. “How to immediately spur a movement to stop the proxy war in Ukraine,” is the headline. Good enough, but what stopped me cold was a Post–It note Klein stuck in the right-hand corner. “A strategy to make foreign policy a local issue,” he scribbled.

Klein is onto a question that has preoccupied me for years. This is about the sequestration of foreign policy cliques. They aren’t as utterly immune from political oversight as the C.I.A., but they are sheltered cliques nonetheless. Ever watch the U.S. Senate Foreign Relations Committee question someone from the State Department or the White House? It’s pro forma start-to-finish. It seems rubber stamps are issued to each senator on the panel.

In a related development (I miss the old newspaper clichés), I had an email last week from Fritzi Cohen, the energetic founder of the Tabard Inn in Washington. Fritzi is a driving force behind a thoughtful group called the Chaucerian Foundation, which is dedicated to policy questions rather than 14th century English poetry.

Fritzi has made the Tabard a wonderful meeting place for paying-attention people of all sorts, just what Washington needs. Last Saturday she hosted a gathering in the Tabard’s bar — where an excellent Negroni is to be had, I should mention —on the topic, “Biological Warfare in the 21st Century? Addressing Pentagon-funded Biolabs Around the World.”

It is another urgent question, given revelations this spring of 30–odd biolabs in Ukraine. If I had to name one group of corrupt ideologues who should not be allowed anywhere near biolabs, it would be the Nazi-inspired regime in Kiev. 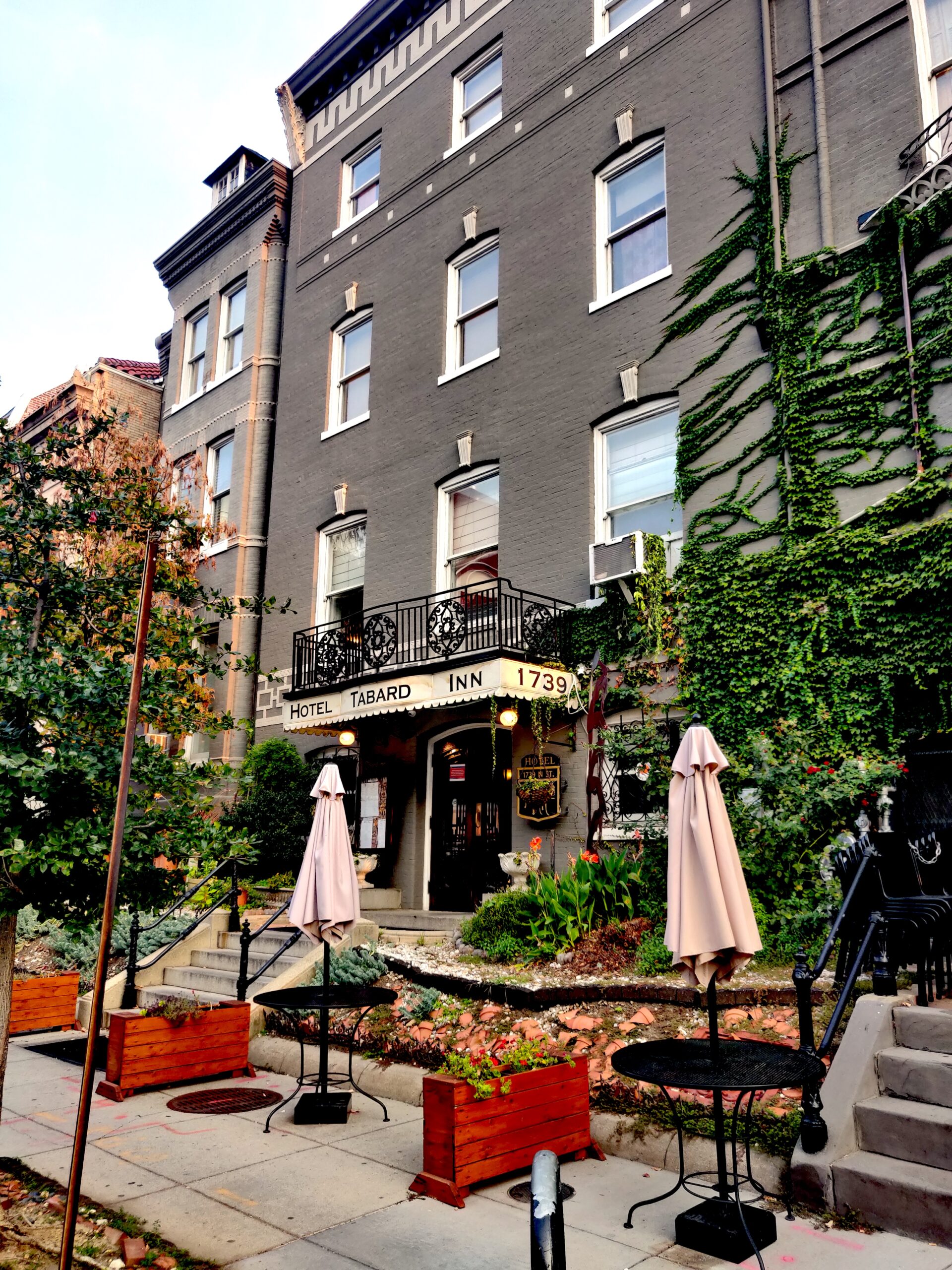 I was unable to attend the event at the Tabard, but the video can be viewed here. As with Barry Klein’s Foreign Policy Alliance, Fritzi Cohen’s event brings foreign policy into the purview of the American citizenry.

The speakers and organizers were of a variety of stripes, from the left (Garland Nixon, Sam Husseini) to Mollie Hemingway, who edits The Federalist.

“Tell me, what exactly is ‘an authentically progressive foreign policy?’” So a reader asked in the comment thread at the end of a column I published elsewhere many years ago.

A year earlier, the U.S. had cultivated the coup in Ukraine and it was coming to light then that Washington was backing ISIS and other blood-soaked jihadists in its dirty war in Syria.

It was a good question, given the mess foreign policy had become in America’s late-imperial phase, which I date to the attacks of Sept. 11.

Any honorable foreign policy dedicated to the betterment of the human condition, I responded in a column, must begin by wresting control of the policy making from inception to execution away from the elites who now control it. This is a 21st century imperative Americans must address to alter the country’s direction.

Something else happened around that time in 2015.

Frank–Walter Steinmeier, now the German president, was then the Social Democratic foreign minister at that time. Today he is routinely subject to the abuses of Ukrainian officials simply because he insists that diplomatic channels between Moscow and Western capitals remain open.

Shame on Steinmeier. Curse him. A negotiated settlement to the Ukraine crisis that recognizes the interests of all sides: Nein, Herr Steinmeier. Niemals.

Steinmeier ran an extraordinary project during his years as FM, 2013 to 2017. As soon as he took office, he authorized a study to determine how Germany could renovate foreign policy and the policy-setting process in response to a drastically changing global environment. 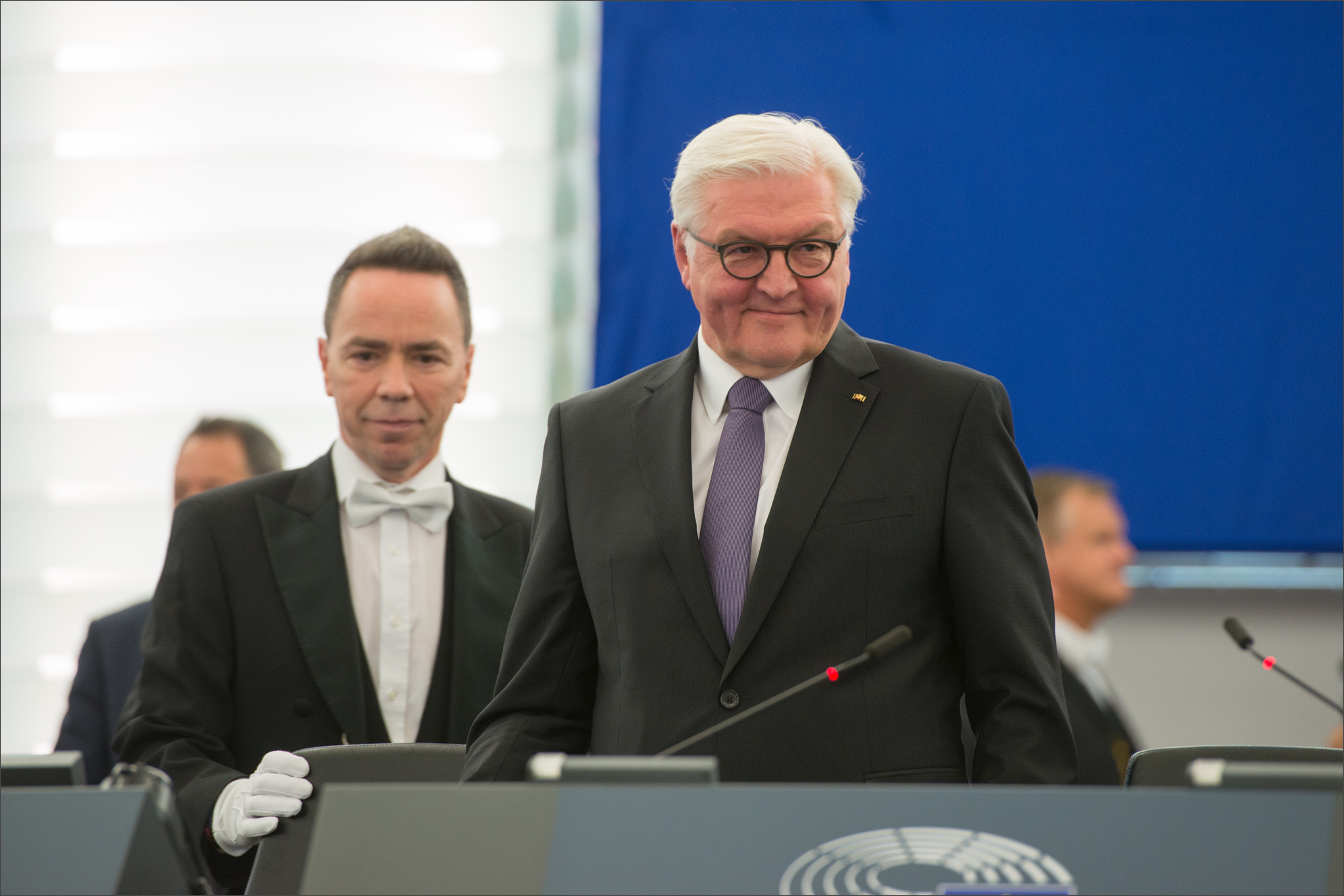 The broader objectives of “Review 2014—Foreign Policy Thinking Ahead,” as the ministry titled its working draft, was to establish core principles for the Federal Republic to conduct relations with the rest of the world.

In brief, Steinmeier and his people argued that German foreign policy in the 21st century must rest on international law and that it should derive from a holistic community of thinkers, not merely the policy cliques in Berlin.

Steinmeier’s ministry proposed no less than the democratization of German foreign policy. I doubt it was lost on anyone at the time that this was an implicit challenge to the overweening, overstepping policy cliques in Washington. “It is almost certainly intended to be so,” I wrote then, “although those courteous Germans would never say as much.”

Steinmeier’s people identified three core challenges in the years ahead: 1.) crisis prevention, crisis management and post-crisis stabilization; 2.) maintenance of a world order worthy of the designation, and 3.) recognitions of a European context in which Germany would fashion its policy.

Can anyone imagine an American political or diplomatic figure making these surmises and proposing this map into the future?:

I read this last part as an argument that Germany must move beyond the boundaries imposed by its past and as a declaration that Europe must turn its own preferences into policies: a call for a more independent Europe, in other words. The U.S. had just engineered the fateful coup in Ukraine and begun imposing sanctions on Russia that were not going to serve Europe well.

The truly innovative features of Steinmeier’s project concerned how foreign policies were to be developed and who would have a say in what was finally executed. Policy was to derive not from wonks and technocrats with narrow fields of vision, but from a holistic community of thinkers: Political experts, economists, urban planners, sociologists, historians, educators, aid people, military people, foreign advisers and so on would gather with the policy people to shape the strategy.

Out of this, something like an 11th commandment would emerge: Military force would be re-rated as a last resort.

Most interesting to me are Steinmeier’s provisions for public participation in policy planning. This would be by way of an elaborate provision for town meetings, referenda, opinion surveys and other administrative mechanisms — all with the intent to make foreign policy authentically an expression of the German citizenry’s aspirations — who they wanted to be, how they wanted the community called the Federal Republic of Germany to conduct itself in their names.

The Foreign Ministry’s final report, “Crisis—Order—Europe,” was named for the above-noted questions it sought to answer and was published in March 2015.  Steinmeier was forceful when he presented it in the Bundestag the previous month.

“Foreign policy is about more than just two extremes: either just talking or shooting, either futile diplomacy or Bundeswehr deployments abroad,” the FM said as he introduced his ministry’s conclusions.  “The world has changed, and the Federal Foreign Office must change with it.” 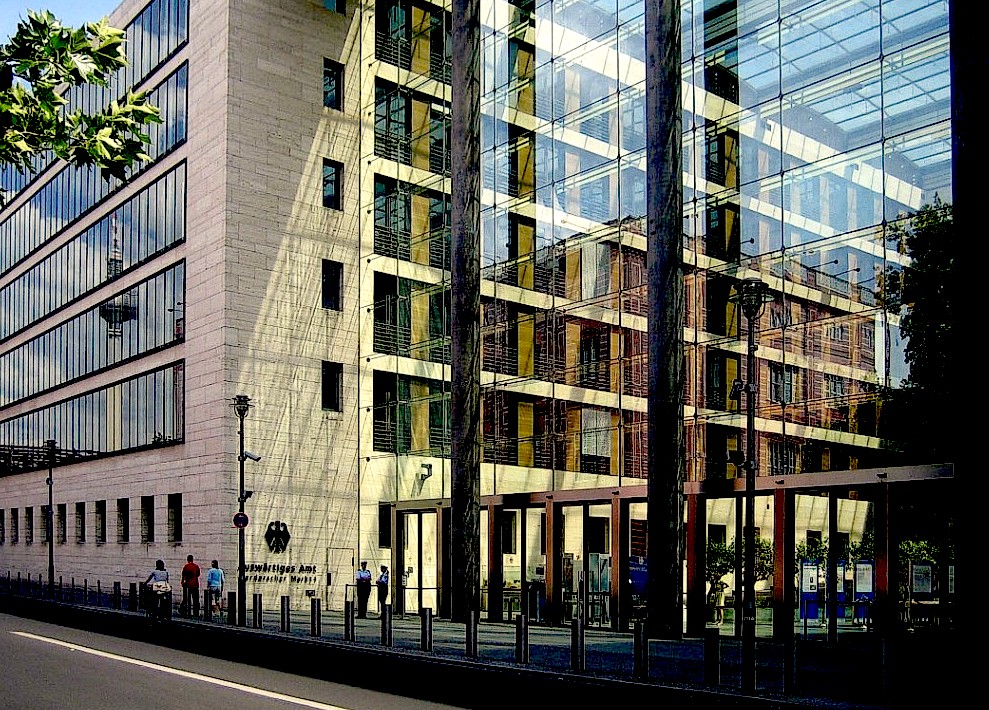 Much has transpired since then. Germany is learning to assert itself in a healthier manner, but the occasion for this is the West’s misguided determination to arm an objectionable regime in a proxy war against Russia. It is actively in search of a new foreign policy but it appears to be groping blindly for it, as Sylvie Kauffmann,  Le Monde columnist, put it in the FT the other day.

These are not, surely, the outcomes Frank–Walter Steinmeier had in mind. And there is little sign that authority over German foreign policy has devolved to German citizens or that that a holistic community of thinkers recruited to formulate policy has coalesced to any meaningful extent.

There’s a long tradition in the West wherein foreign policy is the preserve of an elite not answerable to an electorate. This has been the case in the U.S. since it had a foreign policy to speak of in the late 19th century.

To propose subjecting policy to democratic processes by way of continuing national dialogue is thus a call to revolution of a sort. As Steinmeier and his ministry concluded, the globalization process makes policy everyone’s business now.

[The columns I wrote on Steinimeier’s project are here and here. The Foreign Ministry’s report, in English, is here. An essay Steinmeier published in Project Syndicate on February 25, the date of his presentation in the Bundestag, is here.]

I cannot think of even a minor aspect of  “Crisis—Order—Europe” that policy cliques in Washington are even remotely considering. But a key questions of our time — the control of foreign policy — now has substance and a framework to break with tradition.

It’s impossible to predict how long it would take. The last American effort was during the Vietnam war after the antiwar movement asserted popular will.

But too much has changed since then in public attitudes, atomization and privatization of consciousness. Such a transformation would require a media with integrity, balance and distance from power. The mainstream press as we have it has none of these.

This is about a system, not just the latest war. The process is set in motion. In Steinmeier’s case it was from the top down. In the cases of Klein, Cohen and other Americans making the same effort, it is bottom up.

When a fundamental shift in the policy process is achieved it will belong to those who insisted on it. Barry Klein, Fritzi Cohen and those who stand with them are taking an important step. I commend them.

12 comments for “PATRICK LAWRENCE: Who Should Control Foreign Policy?”