Researchers warn that if governments’ current plans materialize, they will either end up as massive stranded assets or will lock the world into irreversible warming. 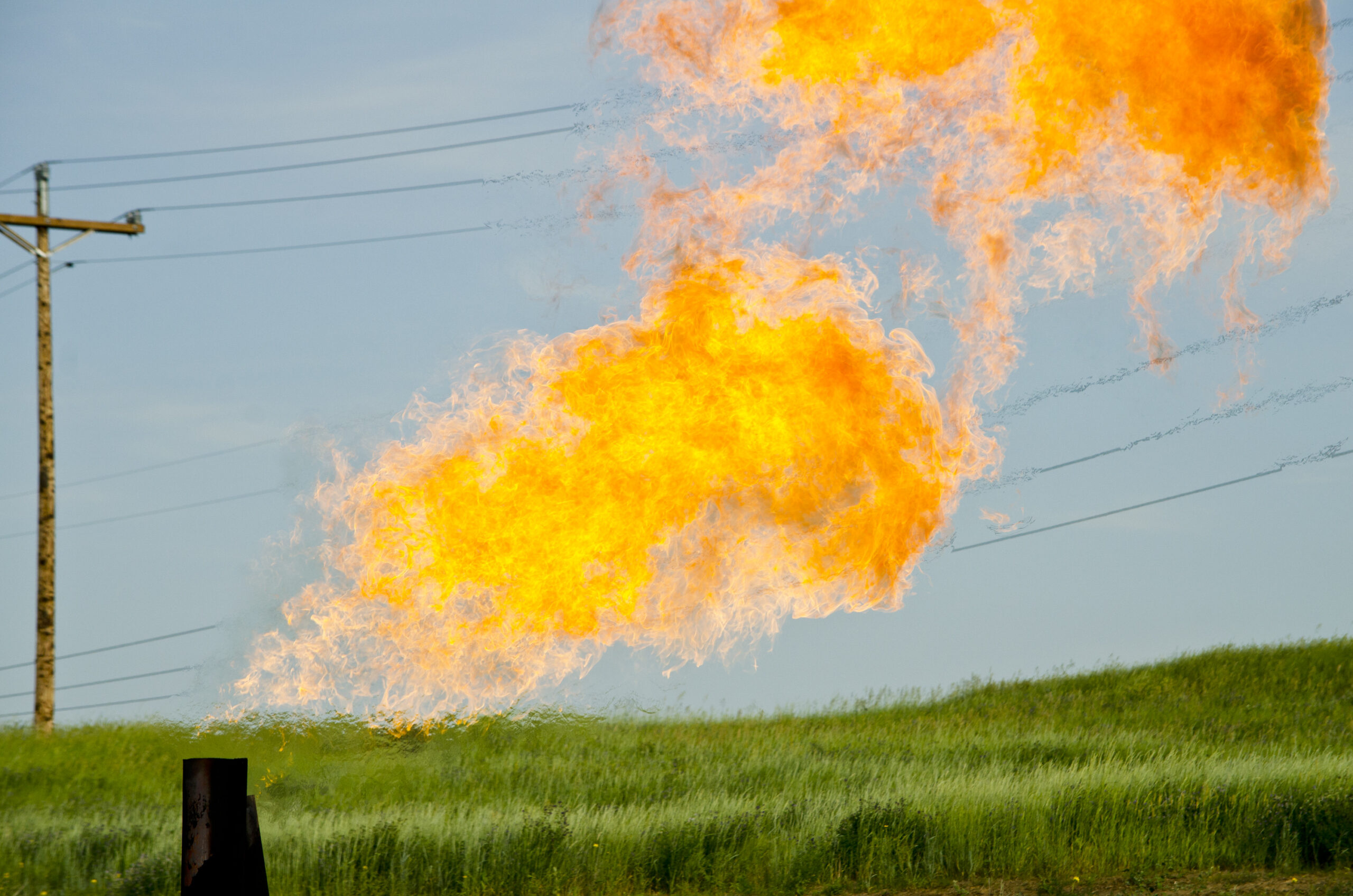 Progressives have been urging governments to embark on an accelerated global clean energy transition since Russia’s late-February invasion of Ukraine and the ensuing Western sanctions unleashed chaos in energy markets around the world, but policymakers have opted instead to expand fossil fuel infrastructure.

That’s according to researchers from Climate Action Tracker, which released a new report last week warning that this reaction threatens to lock in decades of heat-trapping emissions at a time when the window to slash greenhouse gas pollution and avert the most catastrophic effects of the climate crisis is rapidly closing.

“So far, governments have largely failed to seize their chance to rearrange their energy supplies away from fossil fuels,” states the report. “Instead, we are witnessing a global ‘gold rush’ for new fossil gas production, pipelines, and liquefied natural gas (LNG) facilities. This risks locking us into another high-carbon decade and keeping the Paris agreement’s 1.5°C limit out of reach.”

Key findings of the analysis include:

“If all these plans materialize,” the report warns, “they will either end up as massive stranded assets or they’ll lock the world into irreversible warming.”

Climate Action Tracker supplied a graphic detailing what governments should and shouldn’t do in response to the global energy crisis. 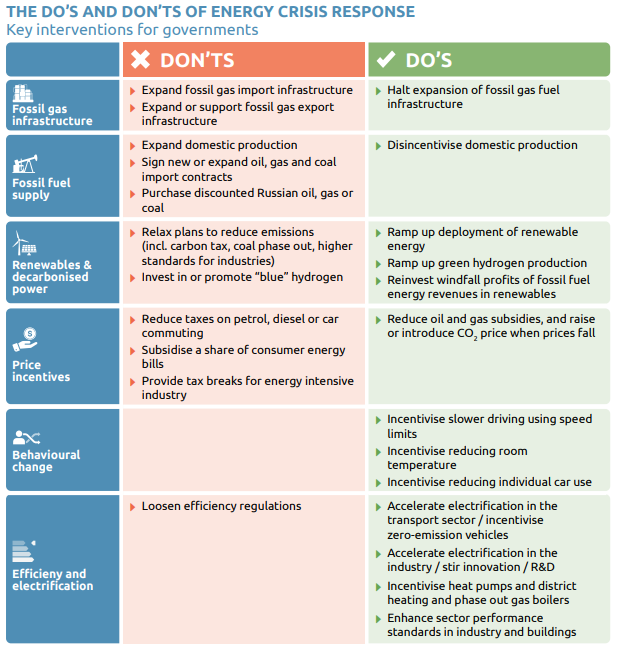 A handful of governments, including the E.U. and the U.K., have proposed increasing their renewable energy targets, but these plans remain inadequate, the report says.

“Almost no government supports behavioral change,” the report laments. “Immediate and low-cost options to reduce energy demand and therefore the need for Russian fossil fuels would include shifts in behavior, such as encouraging slower driving by introducing/lowering speed limits, home office policies, restricting car access to cities, or turning down the heating in buildings.”

“These options still seem to be very unattractive to governments,” the authors note. “We have only found governments recommending their population to those behavioral shifts and few incentivizing it. So far only New Zealand, [the] U.S. (California), Italy, Germany, and Ireland have introduced new incentives for public transport.”

Responding to the war in Ukraine by boosting the extraction and international shipment of fossil fuels rather than replacing Russian oil and gas supplies with green energy would represent a second missed opportunity since 2020 to take decisive climate action while there’s still time to secure a livable future.

“After failing to focus on climate during Covid-19 recovery, many governments look set to make the same mistake in the face of a global energy shock,” says the report. “Governments largely failed to make decarbonization a focus in their post-pandemic economic recovery packages, with only a small fraction of the billions spent dedicated to accelerating the energy transition to bring down emissions.”

“Instead, they missed a massive opportunity, spending the lion’s share of those packages on maintaining the status quo,” the report adds. “According to our analysis, governments are making the same mistake, twice over.”