In opposing the application of Finland and Sweden, Erdogan has disrupted the military alliance’s effort to further provoke Russia with even more expansion. 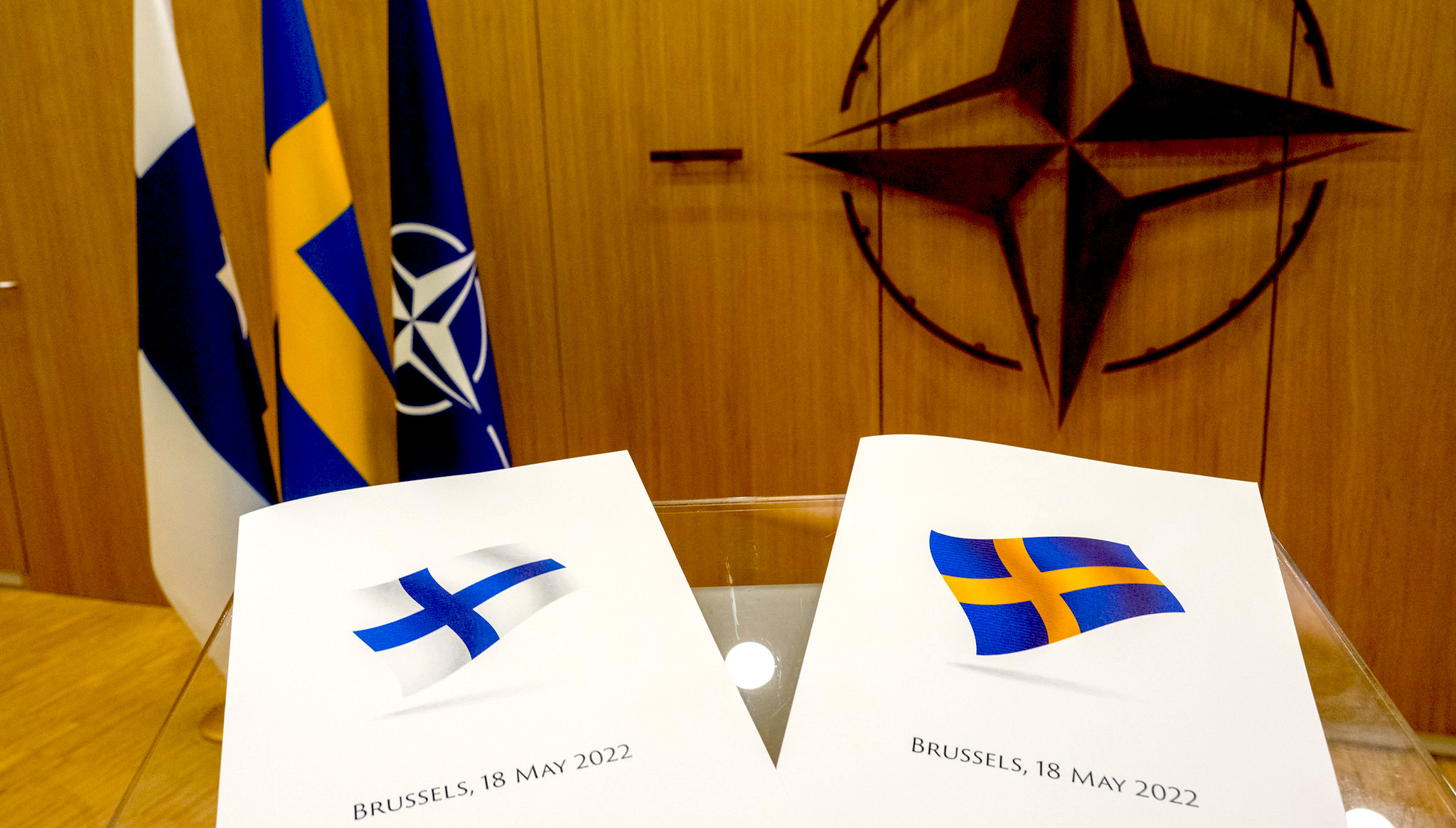 Letters of application to NATO from Finland and Sweden, presented to Secretary General Jens Stoltenberg on May 18. (NATO)

On May 18, the secretary general of the North Atlantic Treaty Organization, a Norwegian named Jen Stoltenberg, stood on a stage, flanked by the ambassadors to NATO of Finland and Sweden, Klaus Korhonen and Axel Wernhoff, respectively.

It was one of those made-for-television moments that politicians dream of — a time of high drama, where the ostensible forces of good are faced off against the relentless assault of evil, which necessitates the intervention of like-minded friends and allies to help tip the scales of geopolitical justice toward those who embrace liberty over tyranny.

“This is a good day,” Jen Stoltenberg announced, “at a critical moment for our security.”

Left unsaid was the harsh reality that hundreds of miles to the east the military forces of Russia and Ukraine were locked in deadly combat on Ukrainian soil. Also left unsaid was the role played by NATO in facilitating that conflict.

But the gathering had not been convened for the purpose of self-reflection on the part of the civilian head of NATO. Instead, it was to commemorate the furtherance of the very same policy of expansion of the alliance which had helped trigger the ongoing fighting between Ukraine and Russia.

“Thank you so much for handing over the applications for Finland’s and Sweden’s membership in NATO,” Stoltenberg continued. “Every nation has the right to choose its own path. You have both made your choice, after thorough democratic processes. And I warmly welcome the requests by Finland and Sweden to join NATO.” 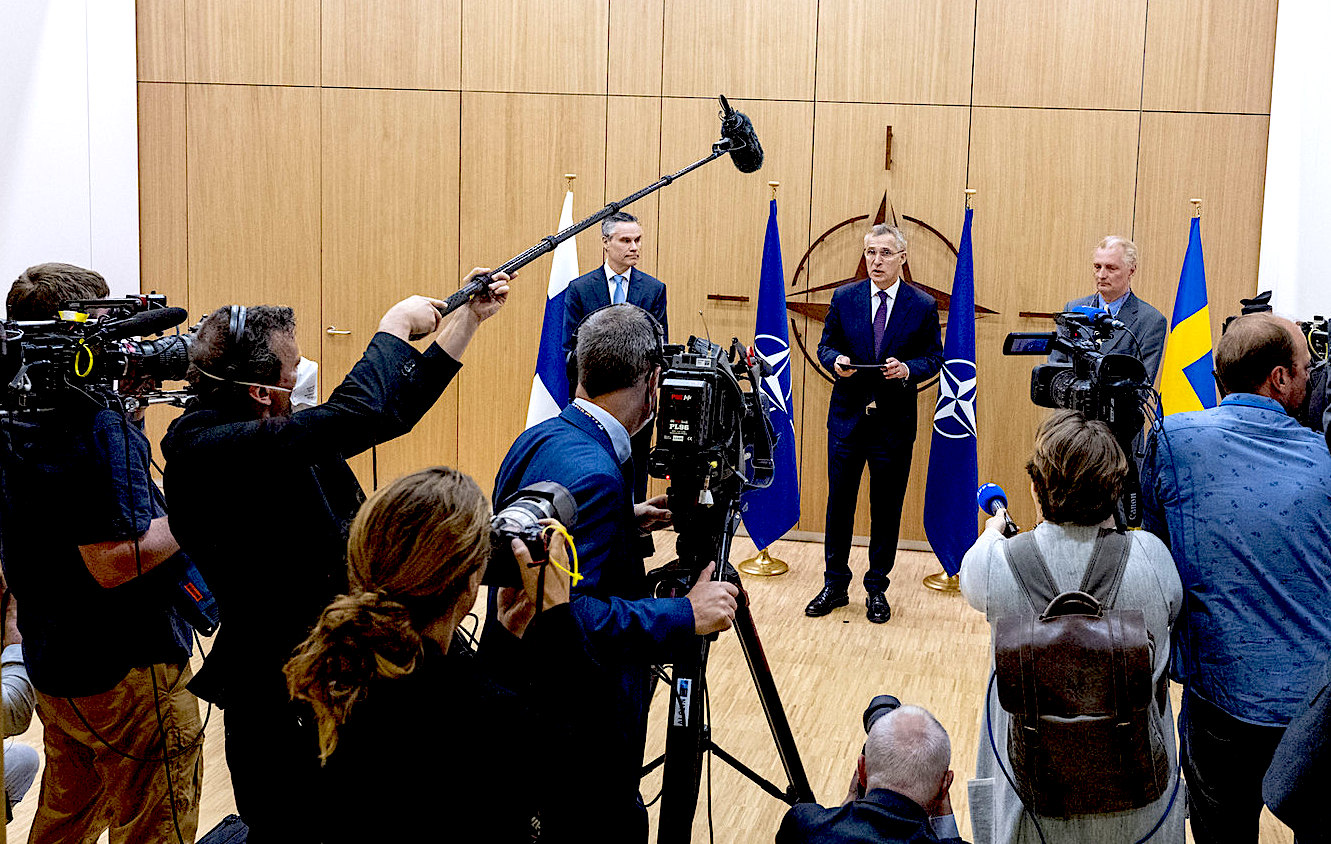 NATO Secretary General Jens Stoltenberg, center, after receiving letters of application from Klaus Korhonen, ambassador of Finland and Axel Wernhoff, ambassador of Sweden on May 18. (NATO)

The day prior, May 17, Finland’s parliament voted 188-8 to join NATO, breaking its multi-decade tenure as a neutral country. Finland’s actions followed a similar debate and vote on the part of the Swedish legislative body, the Riksdag.

Both nations cited Russia’s invasion of Ukraine as their respective motivation to transition from neutrality to membership in an alliance whose behavior has itself transitioned over the years. From an exclusively defensive identity, NATO has embraced expansion both in terms of its own size and in its scope — by undertaking military operations outside of the confines of Europe that were both offensive and designed to promote political change in the targeted countries.

The historical ignorance captured in the actions of Finland and Sweden was astounding regarding the role played by NATO in triggering the very conflict political leaders cited as the reason to seek the protection of alliance membership. It was as if a family whose house had been set afire sought shelter in the home of the arsonist in order to shield itself from the services of the fire department.

There was also an absolute ignorance of their own respective histories. The idea that Finland would cite Russia’s special military operation in Ukraine as the trigger for breaking its decades-long pledge of neutrality is particularly troublesome. It is as if Finland forgot its own troubled past, in particular its role in the so-called War of Continuation in 1941-1944, where Finland allied itself with Nazi Germany in its war of subjugation against the Soviet Union, following the 1939 Soviet attack on Finland.

Finnish troops participated in the siege of Leningrad, where over a million Soviet civilians lost their lives. Only by pledging to become neutral in perpetuity did Finland avoid the logical consequences of its actions, namely dismemberment and elimination as a sovereign state. The Soviet Union and later Russia both were adamant in making sure Finnish soil would never again be used as a launching pad for foreign aggression against Russian territory. Finland appears to have forgotten both the pledge it had made, and the reasons behind that pledge. 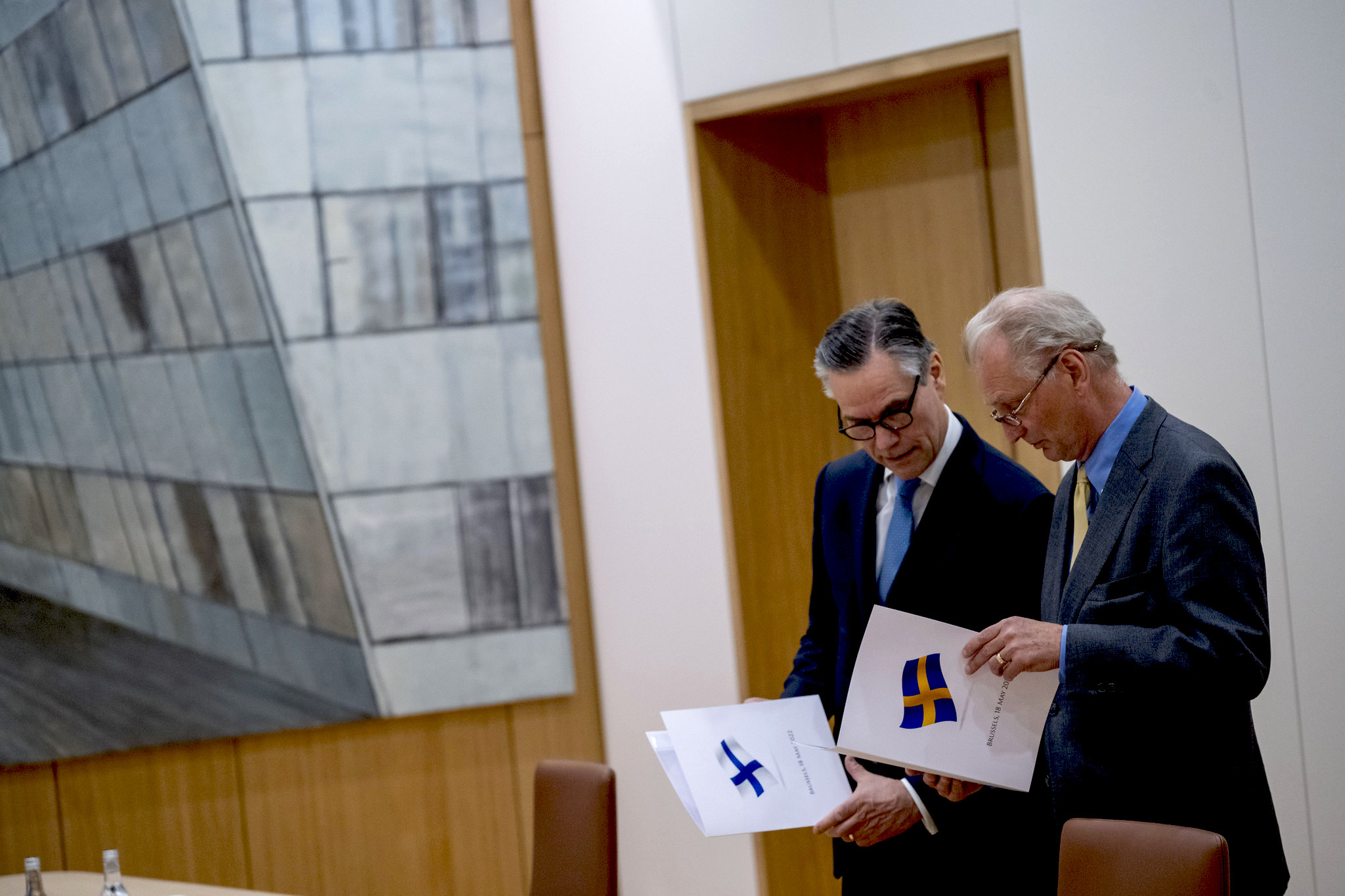 NATO ambassadors Klaus Korhonen of Finland and Axel Wernhoff of Sweden, with letters of application on May 18. (NATO)

Sweden, too, cites the Russian military invasion of Ukraine as the reason for ending centuries of neutrality. But the Swedish politicians behind this decision have yet to explain what exactly it is about the Russian action that sets it apart from, say, the behavior of Nazi Germany during the Second World War.

If the slaughter of tens of millions of civilians and the destruction of nations were not enough to push Sweden off its neutral perch between 1939-1945, it is hard to see how Russia’s actions, which did not take place in a vacuum, but rather in the context of eight years of conflict in the Donbass which killed over 14,000 people and the threat to Russian security posed by an expanding NATO, could be cited in good faith as a legitimate cause of action.

“You are our closest partners,” Stoltenberg continued. “And your membership in NATO would increase our shared security.” That he said this with no apparent recognition of the irony contained in those words, and that the ambassadors of Finland and Sweden were able to avoid shuffling in embarrassment, is a testimony to either hubris-driven self-delusion, collective ignorance of historical context, or both.

Stoltenberg moved on to the final scene in this one-act drama.

“The applications you have made today are an historic step,” he told the Nordic ambassadors.

“Allies will now consider the next steps on your path to NATO. The security interests of all Allies have to be taken into account. And we are determined to work through all issues and reach rapid conclusions. Over the past few days, we have seen numerous statements by Allies committing to Finland’s and Sweden’s security. NATO is already vigilant in the Baltic Sea region, and NATO and Allies’ forces will continue to adapt as necessary.”

Stoltenberg closed the made-for-television family special with words that would soon come back to haunt him. “All Allies agree on the importance of NATO enlargement. We all agree that we must stand together. And we all agree that this is an historic moment, which we must seize.” 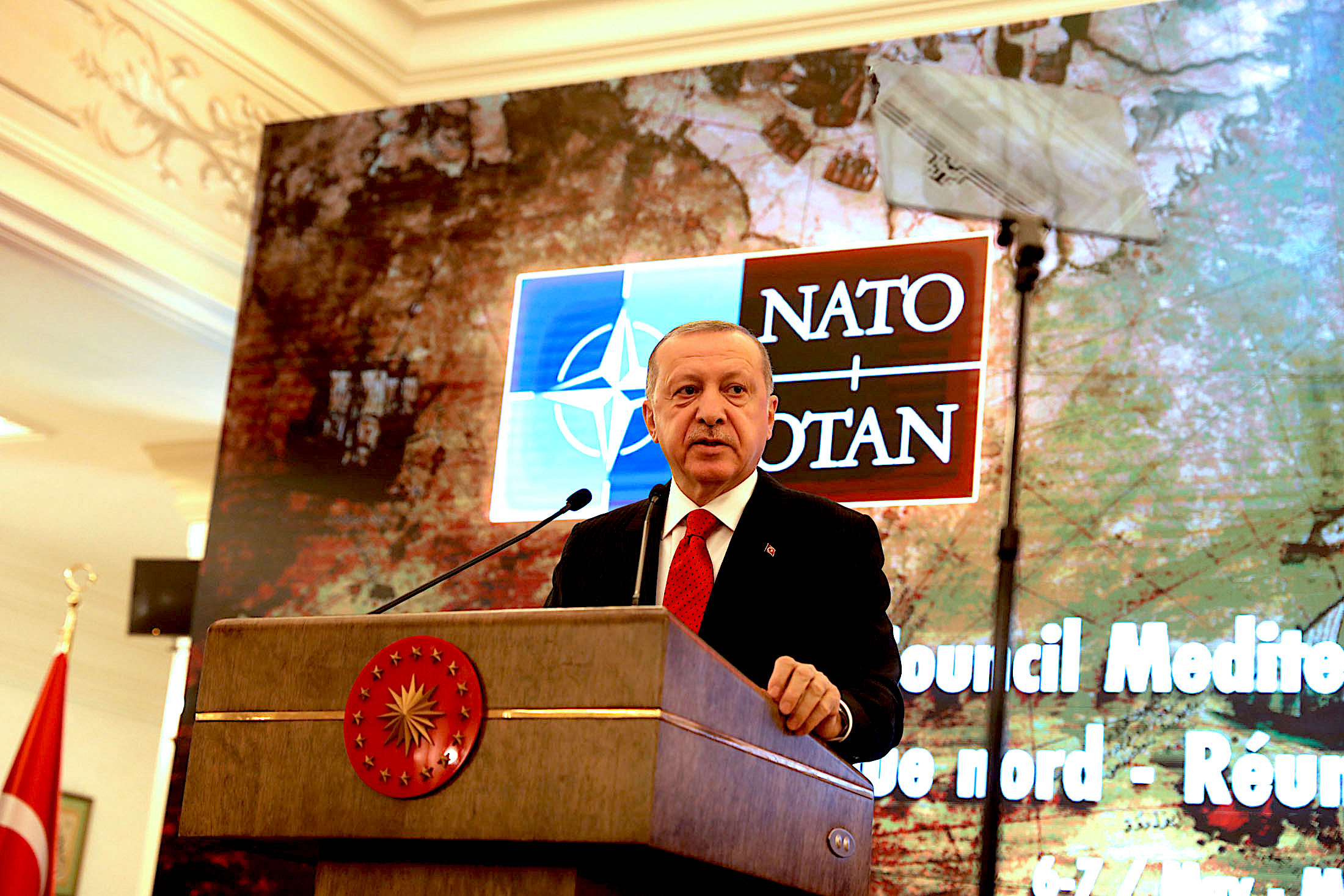 A happy ending? Not so fast. Enter Turkish President Recep Tayyip Erdogan, who decided he would crash Stoltenberg’s scripted moment. Not all NATO members were in accordance with the bid by Finland and Sweden to join the alliance. Since NATO is a consensus-driven organization, all it takes to ruin this made-for-TV moment was one disaffected member. That member was Turkey.

“As all NATO allies accept Turkey’s critical importance to the alliance,” Erdogan wrote in a guest essay he penned for The Economist on May 30,

“it is unfortunate that some members fail fully to appreciate certain threats to our country. Turkey maintains that the admission of Sweden and Finland entails risks for its own security and the organization’s future. We have every right to expect those countries, which will expect NATO’s second-largest army to come to their defense under Article 5, to prevent the recruitment, fundraising and propaganda activities of the PKK [the Kurdish People’s Party], which the European Union and America consider a terrorist entity.”

Erdogan called for the extradition from Sweden of “members of terrorist organizations” as a pre-condition for Turkey considering its application for NATO membership. Erdogan also demanded that both Sweden and Finland end their respective arms embargoes against Turkey, imposed in 2019 in response to Turkey’s incursion into northern Syria that targeted Kurdish groups affiliated with the PKK.

“Turkey stresses that all forms of arms embargoes — such as the one Sweden has imposed on my country — are incompatible with the spirit of military partnership under the NATO umbrella. Such restrictions not only undermine our national security but also damage NATO’s own identity.” 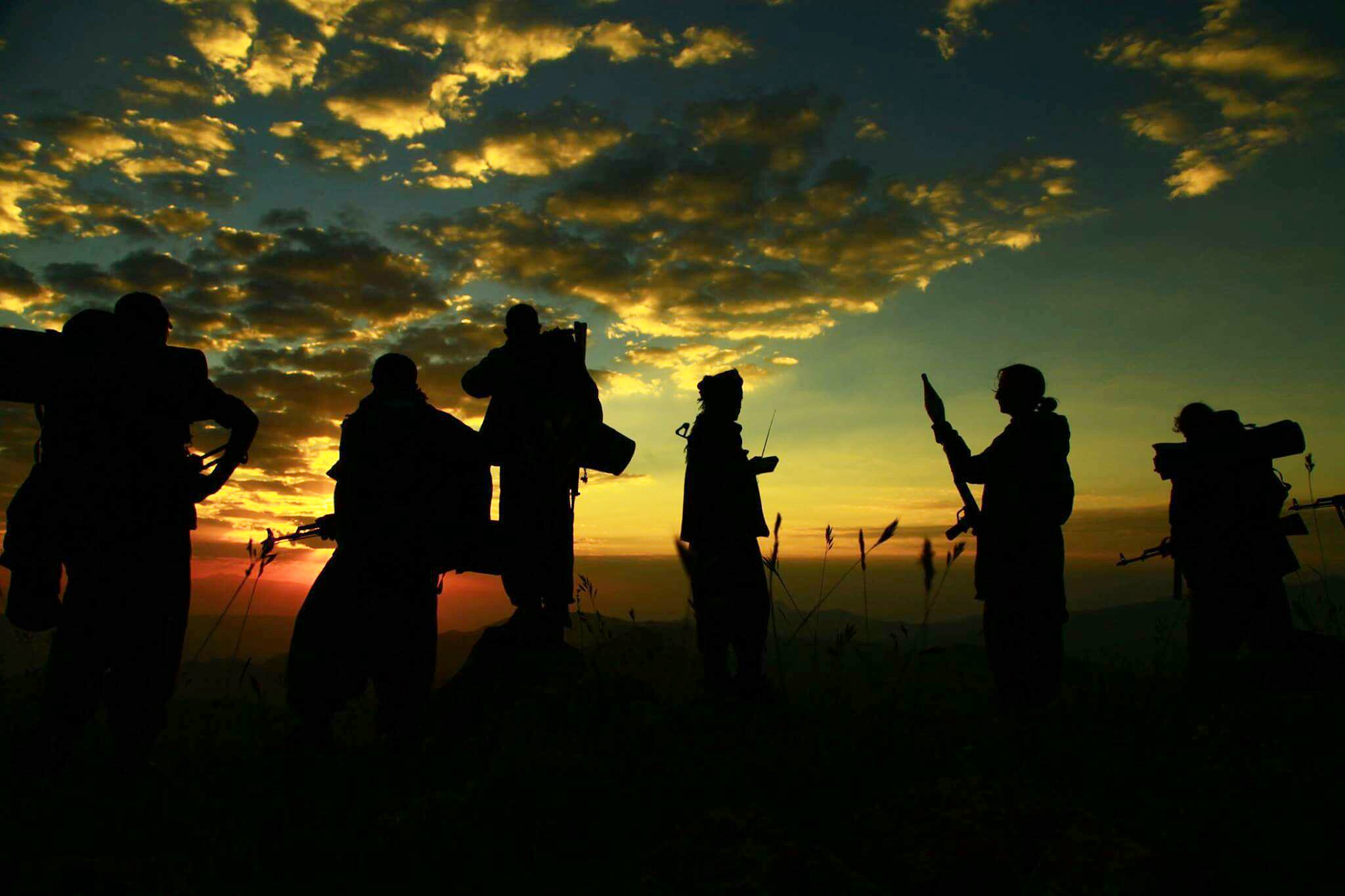 As things stand, neither Finland nor Sweden appears prepared to accede to Erdogan’s demands. Despite high-level meetings between delegations from both Finland and Sweden with Turkish officials, no headway appears to have been made.

According to Fahrettin Altun, an adviser to Erdogan, neither Finland nor Sweden have put anything discernable on the table. Turkey, Altun told a Swedish newspaper, needs more than just words. “It is not right that Finland and Sweden waste NATO’s time at this critical moment,” Altun declared.

Complicating matters further is the fact that Turkey appears to be on the cusp of launching a major military operation into northern Syria specifically targeting the very Kurdish group — the People’s Protection Units, or YPG — that Erdogan accuses both Finland and Sweden of supporting.

A similar incursion in 2019 triggered the arms embargo against Turkey that Erdogan now demands be lifted. And the hue and cry that can be anticipated from human rights groups if Turkey follows through with its threat to invade northern Syria will not only make it virtually impossible for either Sweden or Finland to give Erdogan the concessions he is demanding, but also further strain Turkish relations with other NATO members, such as the United States, France and Great Britain, all of whom view Turkey’s presence in northern Syria as complicating their ongoing operations inside Syria targeting the Islamic State (IS). The fact that the U.S., France and the U.K. have allied themselves with the YPG in this effort only muddies the waters.

Stoltenberg will convene the annual NATO summit in Madrid on June 29. NATO has much on its plate, with trying to craft a viable response to Russia’s invasion of Ukraine topping the list.

Stoltenberg had hoped that he could use the applications of Finland and Sweden as a foundation from which he could project an atmosphere of strength and optimism around which NATO could plot a path forward.

Instead, the NATO secretary general will preside over an organization at war with itself, unsure of its future and unable to provide a cohesive answer to the problems with Russia which originated from the very policies of expansion Stoltenberg was trying to continue through the now abortive membership applications of Finland and Sweden.