The televised Jan. 6 hearings will not restore democracy or halt the rise of the far right. They are a desperate ploy by a doomed political class. 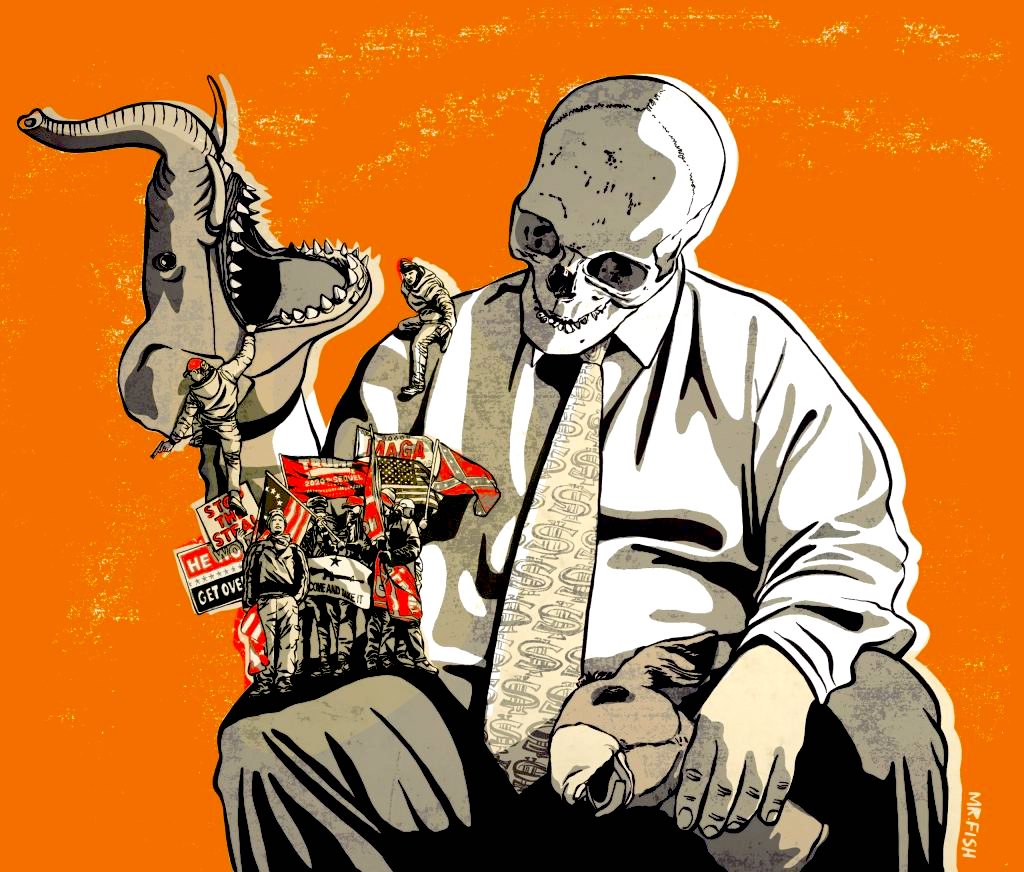 The Select Committee to Investigate the Jan. 6 attack on the U.S. Capitol, whose first of six televised hearings began last Thursday, is spectacle replacing politics. There is nothing substantially new in the accusations. The committee lacks prosecutorial power. No charges have been filed by Attorney General Merrick Garland against former President Donald Trump and none are expected.

The choreographed hearings, like the two impeachment trials of Trump, will have no effect on Trump voters, other than to make them feel persecuted, especially with more than 860 people already charged (including 306 guilty pleas) for their role in storming the Capitol. The committee echoes back to Trump opponents what they already believe. It is designed to present inaction as action and substitute role-playing for politics. It perpetuates, as Guy Debord writes, our “empire of modern passivity.”

The committee, which most Republicans boycotted, hired James Goldston, a documentary producer and former president of ABC News, to turn the hearings into engaging television with slick packaging and an array of pithy sound bites.

The result is, and was meant to be, politics as reality television, a media diversion that will change nothing in the dismal American landscape. What should have been a serious bipartisan inquiry into an array of constitutional violations by the Trump administration has been turned into a prime-time campaign commercial for a Democratic Party running on fumes. The epistemology of television is complete. So is its artifice.

The two established wings of the oligarchy, the old Republican Party represented by politicians such as Liz Cheney, one of two Republicans on the committee, and the Bush family, are now united with the Democratic Party elite into one ruling political entity.

“What should have been a serious bipartisan inquiry into an array of constitutional violations by the Trump administration has been turned into a prime-time campaign commercial for a Democratic Party running on fumes.”

The ruling parties were already in lock step for decades on the major issues, including: war, trade deals, austerity, the militarization of police, prisons, government surveillance and assaults on civil liberties. They worked in tandem to pervert and destroy democratic institutions on behalf of the rich and corporations. They desperately work together now to stave off the revolt by enraged and betrayed white working men and women who support Donald Trump and the far right.

Committee members cloyingly seek to sanctify themselves and their hearings by holding up the Constitution, democracy, the Founding Fathers, due process, the consent of the governed and the electoral process.

Bennie Thompson, chairman of the committee, talked about “domestic enemies of the Constitution who stormed the Capitol and occupied the Capitol, who sought to thwart the will of the people, to stop the transfer of power.” Liz Cheney called the Capitol “a sacred space in our constitutional republic.” 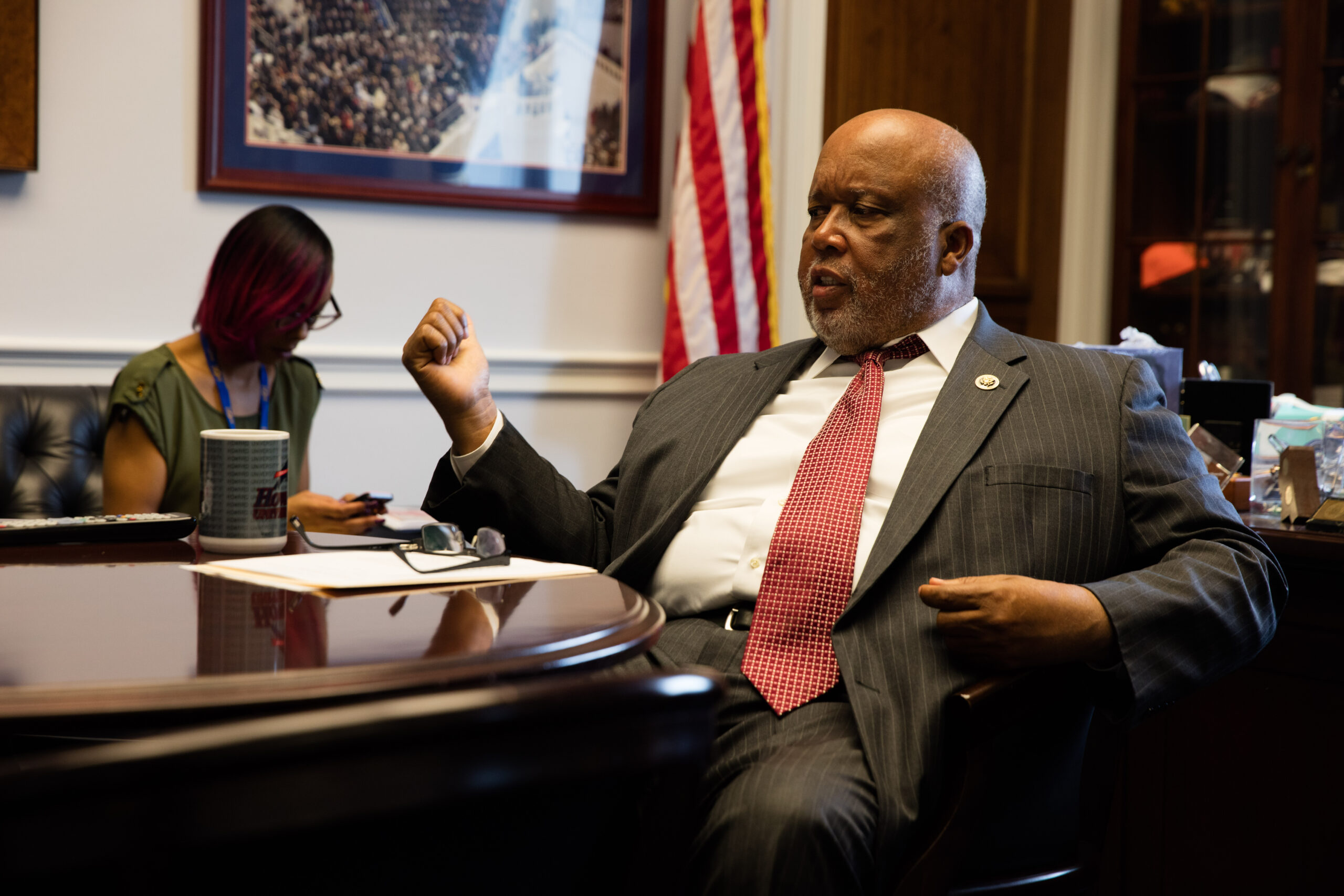 There was no acknowledgement by committee members that the “will of the people” has been subverted by the three branches of government to serve the dictates of the billionaire class. No one brought up the armies of lobbyists who are daily permitted to storm the Capitol to fund the legalized bribery of our elections and write the pro-corporate legislation that it passes. No one spoke about the loss of constitutional rights, including the right to privacy, because of wholesale government surveillance. No one mentioned the disastrous trade deals that have deindustrialized the country and impoverished the working class. No one spoke of the military fiascos in the Middle East that cost taxpayers over $8 trillion, the for-profit health care system that gouges the public and prevents a rational response to the pandemic, already resulting in over a million deaths, or the privatization of institutions of government, including schools, prisons, water treatment, trash collection, parking meters, utilities and even intelligence gathering, to enrich the billionaire class at our expense.

Spectacle Taking the Place of Politics

The gaping hole between the reality of what we have become, and the fiction of who we are supposed to be, is why spectacle is all the ruling class has left.  Spectacle takes the place of politics. It is a tacit admission that all social programs, whether the Build Back Better Plan, a ban on assault weapons, raising the minimum wage, ameliorating the ravages of inflation or instituting environmental reforms to stave off the climate emergency, will never be implemented. Those who occupy the “sacred space” of “our constitutional republic” are capable only of pouring money into war, allocating $54 billion to Ukraine and passing ever higher military budgets to enrich the arms industry.

The wider the gap becomes between the ideal and the real, the more the proto fascists, who look set to take back the Congress in the fall, will be empowered. If the rational, factual world does not work, why not try one of the many conspiracy theories? If this is what democracy means, why support democracy? 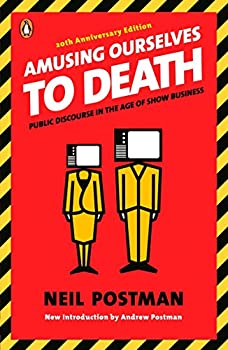 The right-wing also communicates through spectacle. What were the four years of the Trump presidency but one vast spectacle? Spectacle versus spectacle. The aesthetic of spectacle, as in the dying days of the Roman Empire or Tsarist Russia, is all that is left. “Our politics, religion, news, athletics, education and commerce have been transformed into congenial adjuncts of show business,” Neil Postman writes in Amusing Ourselves to Death: Public Discourse in the Age of Show Business. The current ruling class, blinded by their hubris and pomposity, however, is not very good at it.

The far right, which believes vaccines cause autism; angels exist; a cabal of satanic, cannibalistic sexual abusers of children that run a global child sex trafficking ring are trying to destroy Trump; and the inerrancy of the Bible, is far more entertaining, even as it accelerates the solidification of corporate tyranny.

If the republic is dead, do you want to watch President Joe Biden mumble his way through another press conference or the burlesque of Sen. Rand Paul chain-sawing the tax code in half and Sen. Ted Cruz accusing former President Barack Obama of trying to provide “expanded Medicaid” to ISIS? Do you want to wake up to the newest rhetorical outrage by Trump, who when he campaigned for president accused Obama of founding ISIS, suggested Ted Cruz’s father was involved in the assassination of John F. Kennedy, argued that noise from windmills cause cancer and recommended ingesting disinfectant to fight Covid, or pay homage to a set of values long ago discarded by the ruling class for lies, corruption and greed?

In short, since the system has betrayed and fleeced you, why not take it down with the vulgarity and crudity it deserves? Why not be entertained by political arsonists? Why engage in the polite civility and political decorum demanded by those who destroyed our communities, wrecked the nation, looted the U.S. Treasury, oversaw a series of costly military debacles and took away our ability to make an adequate living, as well as our children’s future? 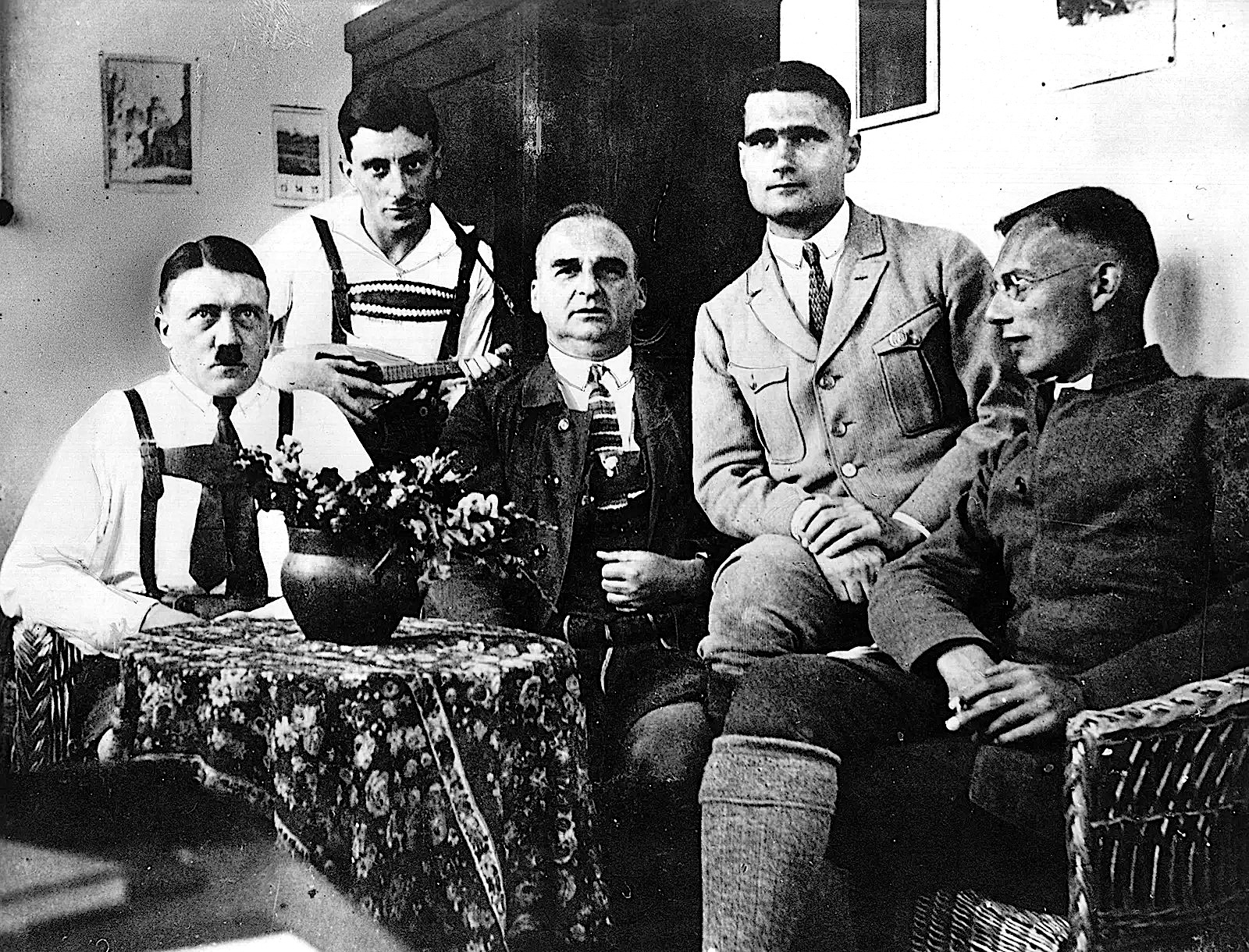 In 1924, the government of Weimar Germany decided to get rid of Adolf Hitler and the National Socialist German Workers’ Party, or Nazis, by trying Hitler for high treason in the People’s Court. Hitler was clearly guilty. He had tried to overthrow the elected government in the botched 1923 “Beer Hall Putsch,” which, like the Jan. 6 riot, was as much farce as insurrection. It was an open and shut case. The trial, however, backfired, turning Hitler into a national martyr and boosting the political fortunes of the Nazis.

The reason should have been apparent. Germany, convulsed by widespread unemployment, food riots, street violence and hyperinflation, was a mess. The ruling elites, like our own, had no credibility. The appeal to the rule of law and democratic values was a joke. 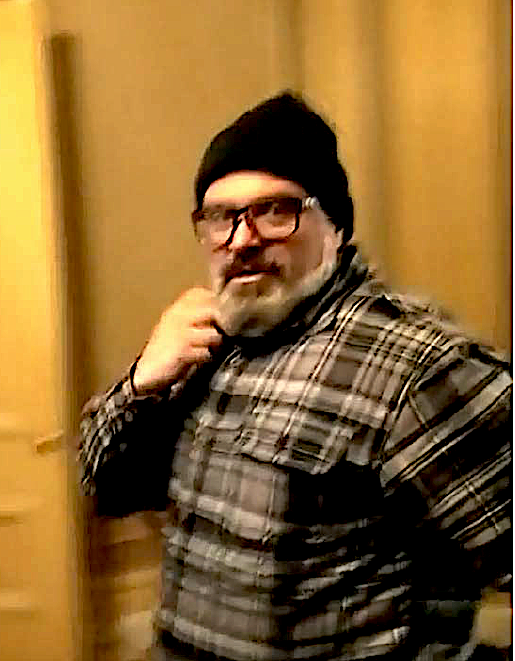 “The tables started turning, once the — what is now that — the Arizona group — that’s what you said — the crowd with orange hats, they came up chanting ‘F-U-C-K antifa!’” Edwards told the committee. “And they joined that group. And once they joined that group, Joseph Biggs’ rhetoric turned to the Capitol Police. He started asking us questions like, ‘You’ve — you didn’t miss a paycheck during the pandemic,’ mentioning stuff about — our pay scale was mentioned, and, you know, started turning the tables on us.”

The brief exchange highlighted the yawning gap between the haves and the have nots, which, if not addressed, will turn Trump, his supporters, Biggs, the Proud Boys and the Oath Keepers into martyrs.

Congress is a cesspool. Corrupt politicians whore for the rich and get rich in return. This reality, which the hearings ignore, is apparent to most of the nation, which is why the hearings will not bolster the flagging fortunes of the ruling political class, desperate to prevent displacement.

The old ruling class is slated for extinction, not that what follows will be better. It won’t. But the game of pillage and corruption in the name of sacred democratic values no longer works. A new game is taking its place, one where narcissistic buffoons, who stoke the fires of hate and only know how to destroy, entertain us to death.