As Russia presses victory in the Donbass, U.S. and U.K. missiles threaten a new stage in the conflict, writes Christopher Nineham. 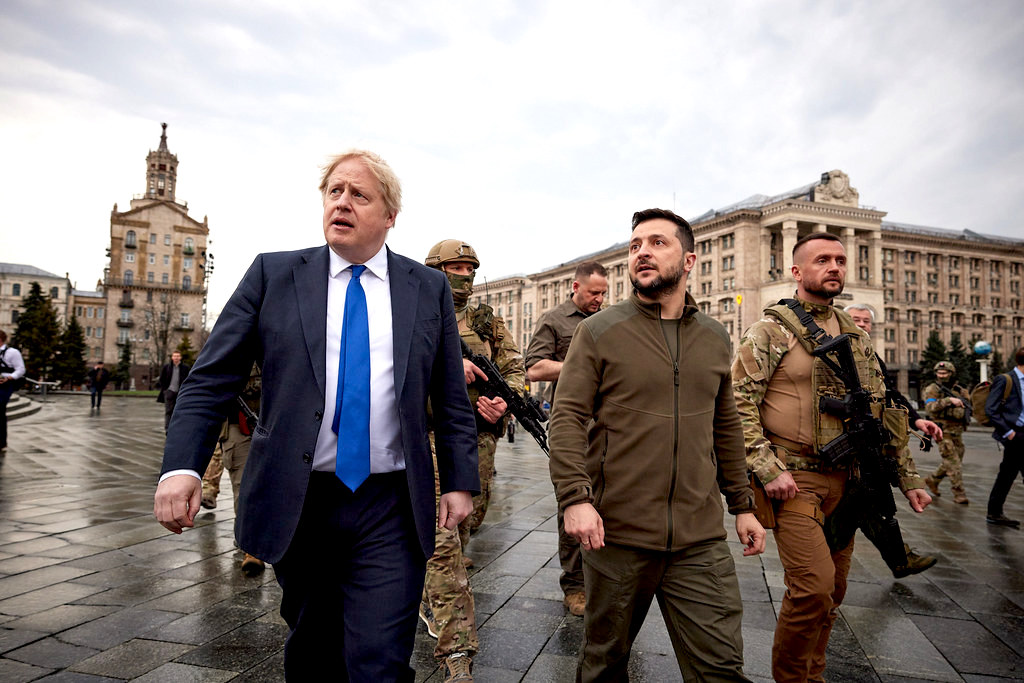 By Christopher Nineham
Stop the War

The British government, as ever following the U.S.  lead, is sending longer range missile systems to Ukraine for the first time. The government described the M270 weapon system they are despatching as a “cutting edge” military asset which can strike targets up to 80 kilometres away “with pinpoint accuracy.” Ukrainian soldiers are due to be brought to Britain for training in how to use the missiles.

As even some of the mainstream media point out, on top of the four precision-guided, medium-range rocket systems sent by the U.S. last week, this decision marks a new stage in the war in which the West is prepared to provide the Ukrainian military with the capacity to strike deep in to Russian territory, something they previously carefully avoided.

This is one in a series of escalations on the part of the Western powers. It provoked immediate retaliation in words and deeds from Russian President Vladimir Putin — including the first bombardment of Kiev for five weeks — as Western leaders must have known it would.

It underlines the fact that the West is still pushing for nothing less than the complete defeat of Russia while Russian troops continue their offensive.

As British Defence Secretary Ben Wallace said in a statement announcing the new weapons shipment, “If the international community continues its support, I believe Ukraine can win.” 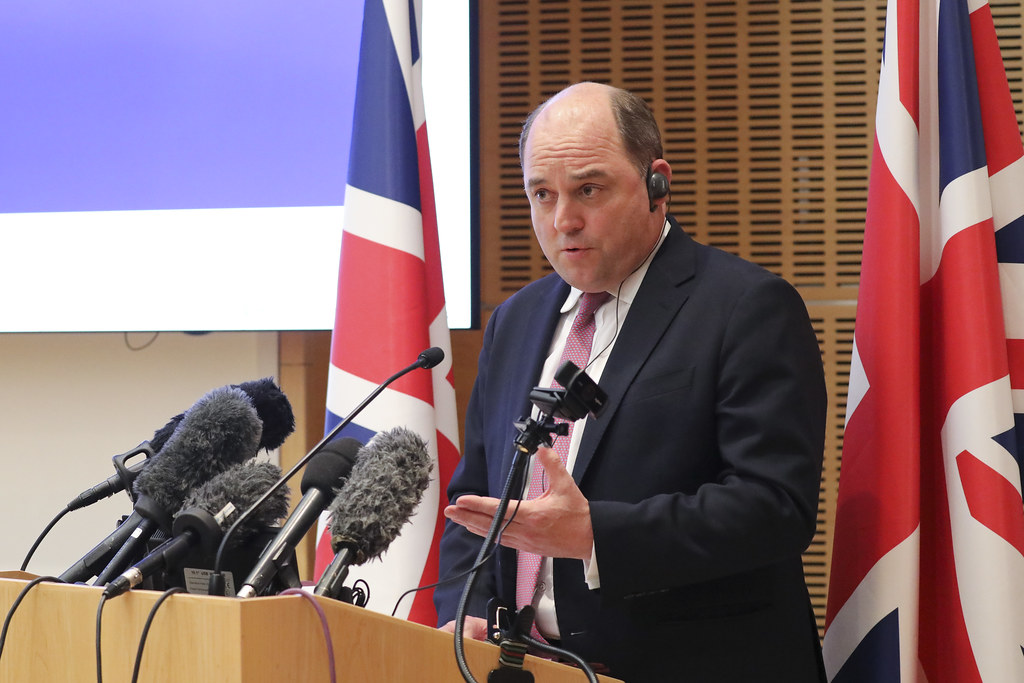 U.K. Defence Secretary Ben Wallace during a press conference at the British Embassy in Moscow on Feb. 11. (U.K. government)

As part of this policy of proxy war, the West has been deliberately trying to head off moves towards serious negotiations. The leading pro–Western Ukrainian newspaper Ukrayinska Pravda reported recently that U.K. Prime Minister Boris Johnson himself appeared in Kiev early in May almost without warning, urging Ukraine’s President Volodymyr Zelensky not to negotiate with Putin.

“If you are ready to sign some guarantee agreements with him, we are not,” Johnson said, insisting it was instead the time to “press him.” Johnson later confirmed to French President Emmanuel Macron that he had “urged against any negotiations with Russia on terms that gave credence to the Kremlin’s false narrative for the invasion.”

It is first and foremost the Ukrainians who will suffer from this approach, as the conflict turns into a terrible war of attrition. But the war has global implications and the risks of a frightening military clash between nuclear armed great powers are higher than at any time for half a century.

To understand this situation and to be able to challenge it, we have to see beyond the West’s simplistic story that this is a war between the Western values of freedom and democracy and Russian despotism.

The anti-war movement opposed the Russian invasion from the start. But the West bears a heavy responsibility for this disaster. Senior U.S.  foreign policy figures from Henry Kissinger to Madeline Albright and from George Kennan to William J. Burns, the current head of the C.I.A., have advised that the eastward expansion of NATO up to the Russian borders would be deeply provocative to the Russian ruling class. NATO decision makers knew this, but carried on regardless.

Last minute diplomacy might well have averted the war. Many senior former U.S. diplomats and Russia experts urged the U.S.  to accept Vladimir Putin’s offer of talks before the invasion took place in January. The advice was rejected. As Ivan Katchanovski, a Ukrainian professor of political studies at the University of Ottawa argues, “The U.S.  and U.K. governments show no efforts or desire to achieve peaceful settlement of the armed conflict between Russia and Ukraine.”

Now Britain and the U.S.  appear to have abandoned even the limited military restraint they showed early on in the war. Their policy of pumping in the weapons and pushing for outright victory risks disaster.

32 comments for “Faced With Donbass Defeat, US & UK Up the Ante in Ukraine”